Jermall Charlo tells David Benavidez to meet him at catchweight 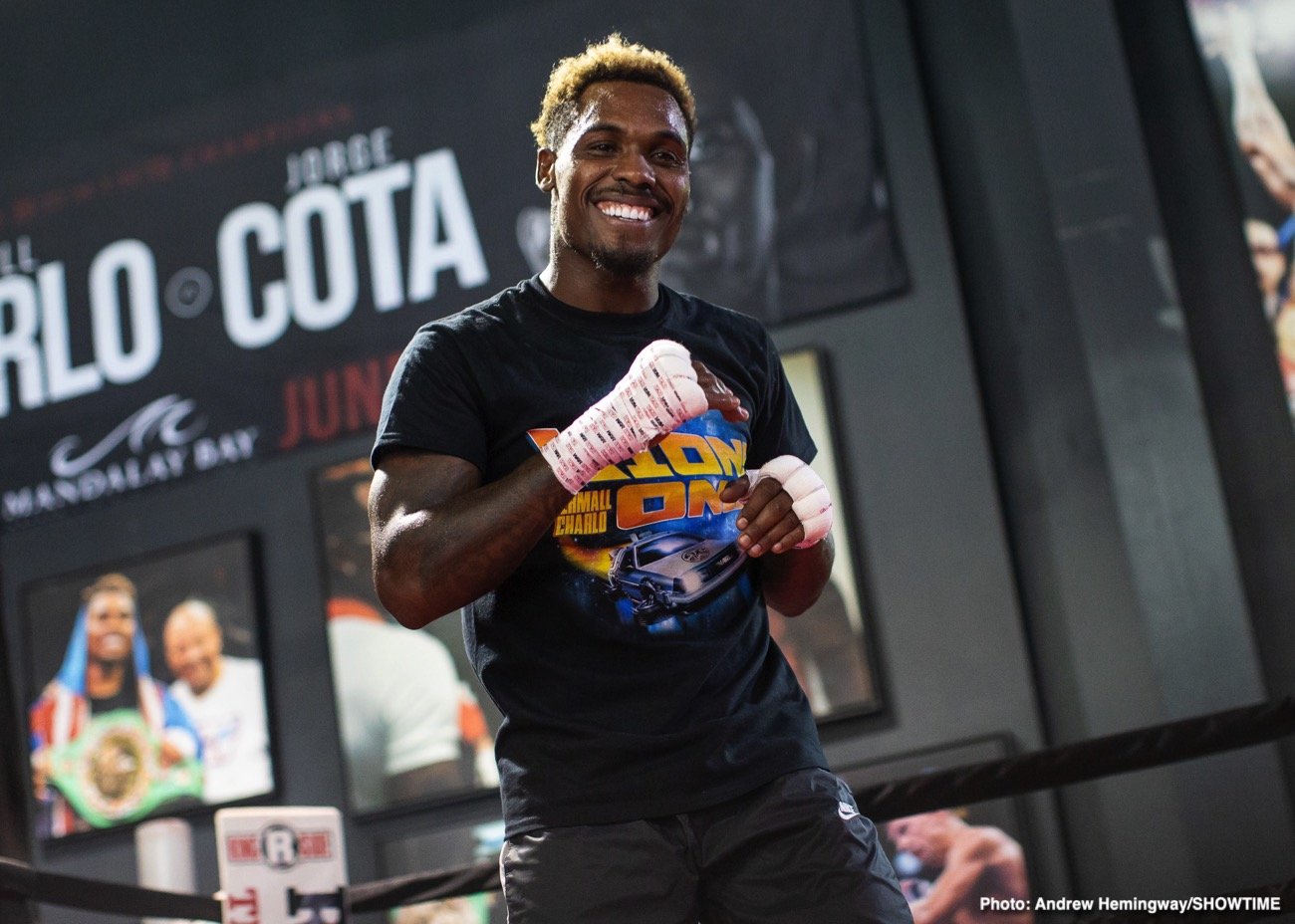 By Chris Williams: Jermall Charlo wants David Benavidez to meet him at a catchweight in the super middleweight division if he wants to fight him.

WBC middleweight champion Charlo has already let Benavidez know his other preconditions for him to get a fight against him by getting vaccinated.

Jermall doesn’t want to have to go all the way up to 168 in his first fight in the division to take on former WBC 168-lb champion Benavidez.

Can Benavidez handle a catchweight?

While it may seem like it’s not a big deal with what Jermall is asking for in terms of a catchweight fight, it might be too much for Benavidez.

Let’s face it; Benavidez should be campaigning at 175 with other fighters his size. He’s been melting down for the longest time to fight at 168 against fighters much smaller than himself.

Benavidez, 24, says he’s willing to fight Jermall after he faces Ronald Ellis (18-1-2, 12 KOs) next month in their bout on March 13th at the Mohegan Sun Casino, Uncasville, Connecticut. He’s open to fighting Jermall in September.

Charlo’s management will need to start the wheels rolling on the negotiations for the fight with Benavidez as soon as he gets past his opponent Ronald Ellis on March 13th.

“Jermall Charlo,” said Teofimo Lopez to Fighthype when asked who deserves a shot against Canelo. “Charlo deserves that shot, and the Charlos have been making a lot of noise.

“They should be on the pound-for-pound list. I call it, ‘The fans win.’ It’s awesome,” said Teofimo when asked who wins between Canelo and Jermall.

Charlo has more than earned the Canelo fight a long time ago, and he would have forced his hand if not for the World Boxing Council.

When Jermall was Canelo’s WBC mandatory at 160 in 2019, the sanctioning body gave the Mexican star the Franchise tag and elevated Charlo to the regular WBC champion.

If the WBC hadn’t done that, Canelo would have had to fight Charlo, vacate or have the belt stripped from him.

We’ll never know which move Canelo would have made because the WBC took it out of his hands by giving him the Franchise tag.