By Matt Lieberman: Eddie Hearn says Canelo Alvarez is focused on becoming the undisputed super middleweight champion in 2021, and a trilogy fight with Gennadiy Golovkin would have to wait until the Mexican star has accomplished that task.

The only chance for the Canelo-GGG fight to take place in 2021 is if it happens in December after Canelo likely takes on Caleb Plant in September on the Mexican Independence Day holiday.

It’s difficult to project whether Canelo (54-1-2, 36 KOs) will be willing or able to squeeze in a fight against Golovkin (41-1-1, 36 KOs) this year, though, as he would need to get through his fights with Avni Yildirim, Billy Joe Saunders, and Plant without losing.

Also, there’s always the threat of the fights being postponed because of injuries or illnesses.  For example, WBO super middleweight champion Saunders (30-0, 14 KOs) has had injury issues repeatedly in the last six years of his career.

It’s difficult not to assume that he’ll suffer some ailment that will cause the Canelo fight to be postponed from the original May 8th date. Saunders isn’t old, but he’s been injury-prone for many years.

Hearn: Golovkin will need to come to 168

“I think Canelo has made it clear that he wants to become the undisputed champion at 168,” said Eddie Hearn to the AK & Barak Show at DAZN when asked if a third fight between Alvarez and GGG is possible.

“The Golovkin fight, of course, it’s there for me. It’s one of the best fights in boxing. When I go back to Canelo being his own boss, he’s really focused, and when he sets his mind to something, he wants to make sure he achieves that.

“It was very clear to me even before the Callum Smith fight, he wanted to make sure he won every belt in the 168-lb division. So he won’t be going back to 160, I don’t believe. So Gennadiy is a belt-holder at 160.

“It would mean Gennadiy would need to come up to 168, which he would be willing to do. I don’t think that fight by any means is out of the equation, but obviously, Gennadiy is in a position with his career where he wants those big fights as soon as possible.

But I know Canelo at the moment is solely focused on becoming undisputed at 168 lbs,” said Hearn.

Golovkin, 38, coming up to 168 for the Canelo fight likely won’t be an issue, as GGG wants that fight badly. He’s got to know that if he chooses not to agree to go up to super middleweight, he’ll never get another chance to face Canelo.

One gets the sense that Canelo and his trainer Eddy Reynoso are ambivalent about facing Golovkin again. They’ve been there and done that, and it’s no longer interesting as it once was for them.

With Canelo, he’s willing to give his boxing fans the fights they want to see. So if they’re still interested in watching him face Golovkin at the end of the year, it could happen.

Whether the trilogy match between Canelo and Gennadiy takes place this year also depends on how GGG looks.  If he loses his next fight, which potentially could be against Jamie Munguia, then he can forget about Canelo.

Additionally, Golovkin can’t afford to look bad again like he did against Sergiy Derevyanchenko. He needs to dominate his next opponent, preferably in the same way he did in his recently seventh-round knockout victory over Kamil Szeremeta last December.

GGG could face Munguia next

“I think the one that stands out not just in terms of boxing but for DAZN is Golovkin vs. Jaimie Munguiao,” Hearn said about GGG’s next potential fight. 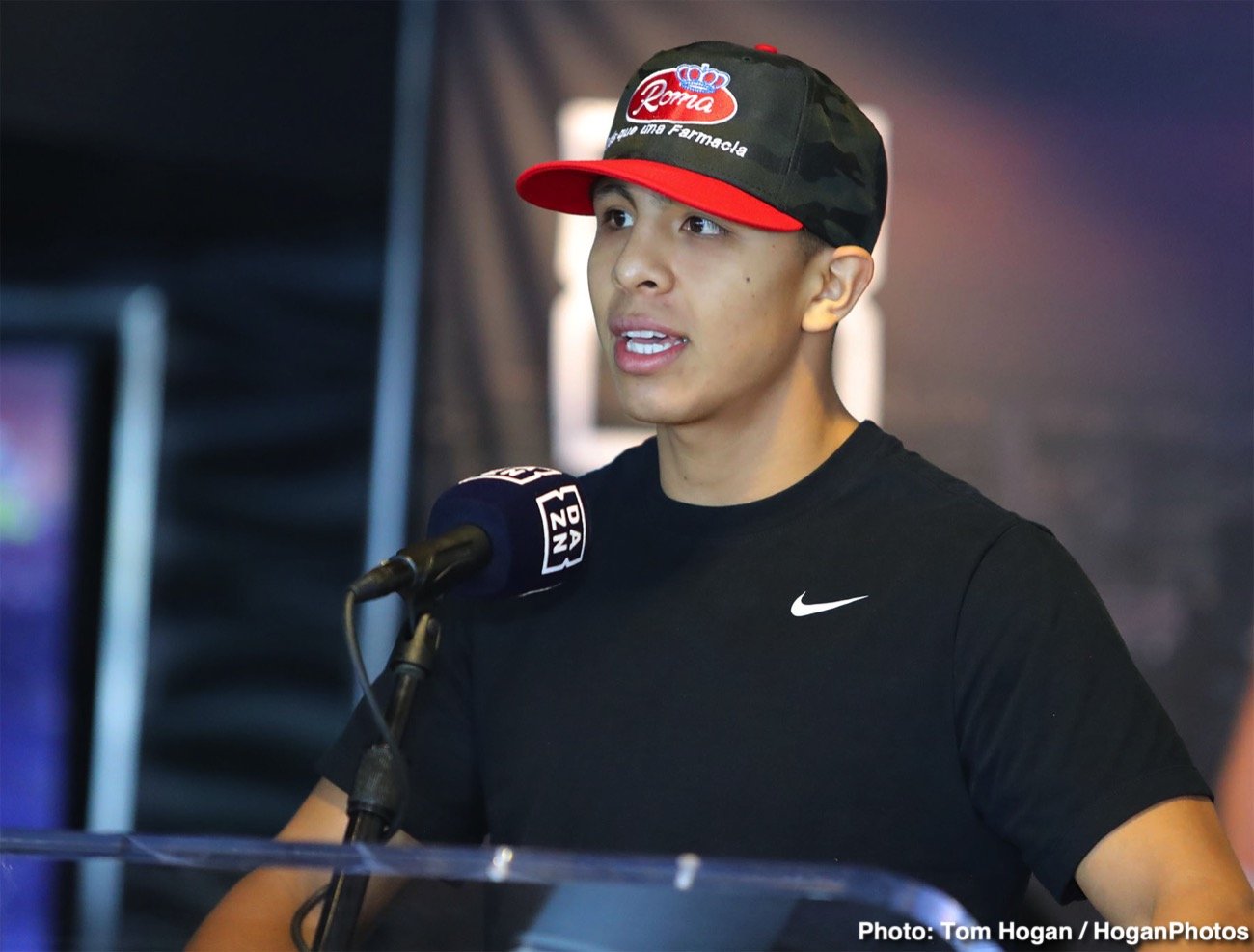 “I think that’s a great fight for the division, I think it’s an all-action fight. This is a big year for Gennadiy because he is approaching the back end of his career.

“He’s an unbelievable fighter and an unbelievable person, and he wants to be involved in the big fights. I think now with the global platform of DAZN, we need to be looking at all these stars.

“I think that would be nice for someone like Gennadiy or Canelo to experience before they come into their prime or final era of their career to go out and follow these international fights as well,” said Hearn.

Munguia (36-0, 29 KOs) will be a hard fight for Golovkin, and he may lose to this young former WBO junior middleweight champion. If Golovkin had fought Munguia back in 2017, this would have been an easy fight for him but now.

Munguia has approved, and he’s added different punches to his arsenal. The uppercuts that Munguia was using against his last opponent Tureano Johnson looked devastatingly powerful. It’s no longer a given that Golovkin or even Canelo beat Munguia with the way he’s improving.

“It’s good,” said Hearn when asked what his relationship is with Golovkin now. “We had a strong relationship where we were servicing Gennadiy Golovkin and helping him co-promote his shows, making sure they were executed in the right way.

“We did that recently with the fight with [Kamil] Szeremeta, and we did that with the Derevyanchenko fight as well. Gennadiy, again, is his own boss.

“I’m not as involved in the planning of his career or the promotion or execution of his individual fights and individual events.

“I’d like to be more involved. Sometimes fighters need that direction a little bit more. Again, we’re here, we’re working with Gennadiy. We’re looking at options with DAZN. He’s got his plans, of course,” said Hearn.

Golovkin and Hearn are a good team, and it would be great if they can continue working. Hearn would like to match Golovkin against WBO middleweight champion Demetrius Andrade in a unification fight.

That would be a match that would gain a lot of attention from boxing fans and bring subscribers to DAZN.

Andrade wants to face Golovkin, and it would be a good test for both of them, with the winner potentially facing Canelo at the end of the year.