By Sean Jones: Massive 40-1 underdog Avni Yildirim says he wants to “shock the world” tonight when he challenges WBA/WBC super middleweight champion Saul Canelo Alvarez for his two titles on DAZN at the Hard Rock Stadium in Miami, Florida.

Yildirim is a lowly 0-2 when facing world-class opposition during his seven-year professional career. Avni stepped up twice against quality opposition and was exposed badly in defeats against these fighters:

The official excuse for the Mexican superstar Canelo (54-1-2, 36 KOs) in selecting his lesser opponent Yildirim (21-2, 12 KOs) as his opponent for tonight is that he’s his WBC mandatory. However, the closer reality is, Yildirim, 29, is an easy payday for Canelo to win without taking a lot of punishment from his opponents.

Yildirim has power, and a fighting style similar to Gennadiy Golovkin, a guy that has given Canelo fits in their two matches.

The only way Yildirim can tonight is if he unloads on Canelo in the first two rounds and catches him with a shot. If Yildirim starts slowly, he’s going to get blasted out within three rounds. He doesn’t have the chin to survive for long against Canelo if he’s cautious early.

If it weren’t for this mandatory, Canelo would be expected by the boxing world to face fighters like David Benavidez, Edgar Berlanga, or Jermall Charlo. Those guys might beat Canelo as Floyd Mayweather Jr did, and like Gennadiy Golovkin arguably did as well, twice.

Taking on Yildirim is a lot easier on Canelo’s body, and as I said, it’s an ‘easy payday.’ If DAZN is willing to pay Canelo big bucks to fight the likes of 40-1 underdog Yildirim, why wouldn’t he scoop up the cash and run straight to the bank?

The casual boxing fans will be none the wiser about how bad a mismatch tonight’s Canelo-Yildirim fight is expected to be.

In their eyes, Canelo must be facing the best, but there’s nothing father than the truth. Yildirim is a guy that was given a #1 ranking by the World Boxing Council based on his loss to Anthony Dirrell two years ago in 2019.

It’s hard to wrap your head around the idea of a fighter being given a mandatory position based on losing rather than winning, but that’s how the WBC has done it. That’s why it makes Canelo look bad because he’s going along with it by choosing to face Yildirim rather than telling the WBC to take a hike.

Supposedly, Canelo would have to relinquish his WBC 168-lb if he told the WBC that he wouldn’t fight Yildirim. It’s more likely, though, the WBC would bow down and give Canelo a pass and let him circumvent his mandatory. Having Canelo as one of the WBC’s champions obviously makes them look good, so he can pretty much do what he pleases.

Canelo needs to beat Yildirim to continue unifying the 168-lb division against Billy Joe Saunders and Caleb Plant. It helps Canelo that Yildirim will likely be blown out in two or three rounds without doing any damage. 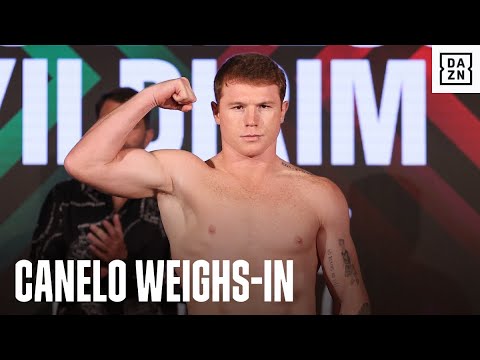 A win for Yildirim tonight would rank as one of the biggest in the history of boxing. That tells you how badly over-matched Yildirim is, and it also reflects on Canelo for his decision to take this easy fight. Fans aren’t demanding that Canelo fight Yildirim and the same applies to Alvarez’s goal of facing Caleb Plant and Billy Joe Saunders.

Those are not fighters that U.S boxing fans are demanding Canelo to face in 2021. They want Canelo to face opposition that has a chance of beating him rather than fighting paper champions like Plant and Saunders and former WBA belt-holder Callum Smith.

If this were someone like Benavidez, Canelo would be hardpressed to defeat and then move forward to face Billy Joe Saunders in May.

Why didn’t Canelo fight Benavidez when he held the WBC title?

Jose Benavidez, the father and coach of former WBC super middleweight champion David Benavidez, believes Canelo would never attempt to unify the 168-lb division if his son was still holding the WBC title.

A lot of boxing fans agree with Jose. Canelo didn’t show interest in fighting for the WBC belt until Benavidez lost the belt on the scales when he came overweight for his title defense against Roamer Alexis Angulo last August.

“If David [Benaviez] had that belt, he [Canelo] wouldn’t be doing anything at 168,” said Jose to AKHi TV. “Once David lost the belt, he called.

Canelo isn’t saying what he’ll do if he does unify the super middleweight division in 2021. There’s a chance that Alvarez will face Gennadiy Golovkin in December if he beats Plant without taking a lot of punishment in September, but it’s a big stretch to assume that Canelo will take the fight with GGG this year.

Even when Canelo has been fully rested and prepared for Golovkin, he’s struggled against him.

Many boxing fans believe Golovkin deserved wins in his two fights with Canelo, and that’s a good reason to believe the Mexican star won’t go anywhere near him this year.

This writer will predict the future of Canelo if he succeeds in unifying the 168-lb division in 2021. If Canelo does unify, look for him to vacate the WBC title rather than face David Benavidez.

That’s almost a given. Canelo has had all this time to fight Benavidez, and he’s shown no interest in facing him. So rather than fight the #1 ranked WBC contender Benavidez in 2022, look for Alvarez to vacate his WBC belt if the sanctioning body attempts to force him to take that fight.