The show features two of the most sensational teenage boxers in the sport as 19-year-old welterweight rising star Jesus Ramos battles Jesus Bojorquez in a 10-round co-feature and 18-year-old exciting prospect Vito Mielnicki, Jr. squares off against Noe Lopez in an eight-round welterweight match to open the broadcast at 8 p.m. ET/5 p.m. PT. TGB Promotions promote the event.

“Anthony Dirrell is a natural-born fighter. He’s had to overcome several obstacles in his life to become a two-time super middleweight world champion. Each time he has had to come back, he’s done it and been stronger than before,’’ said Tom Brown, President of TGB Promotions.

“Kyrone Davis believes this is his moment to shine under the spotlight of FOX PBC Fight Night. What Dirrell and Davis bring to the ring on February 27 are the ingredients for a terrific fight. The added treat is watching the continued rise of a pair of brilliant young boxers – Jesus Ramos and Vito Mielnicki, Jr. – as they take on tough challenges.’’

Dirrell (33-2-1, 24 KOs), a two-time WBC 168-pound world champion, is a battle-tested veteran who never backs down from anyone in the ring. The 36-year-old Dirrell won the WBC title for the first time with a unanimous decision over Sakio Bika in 2014. 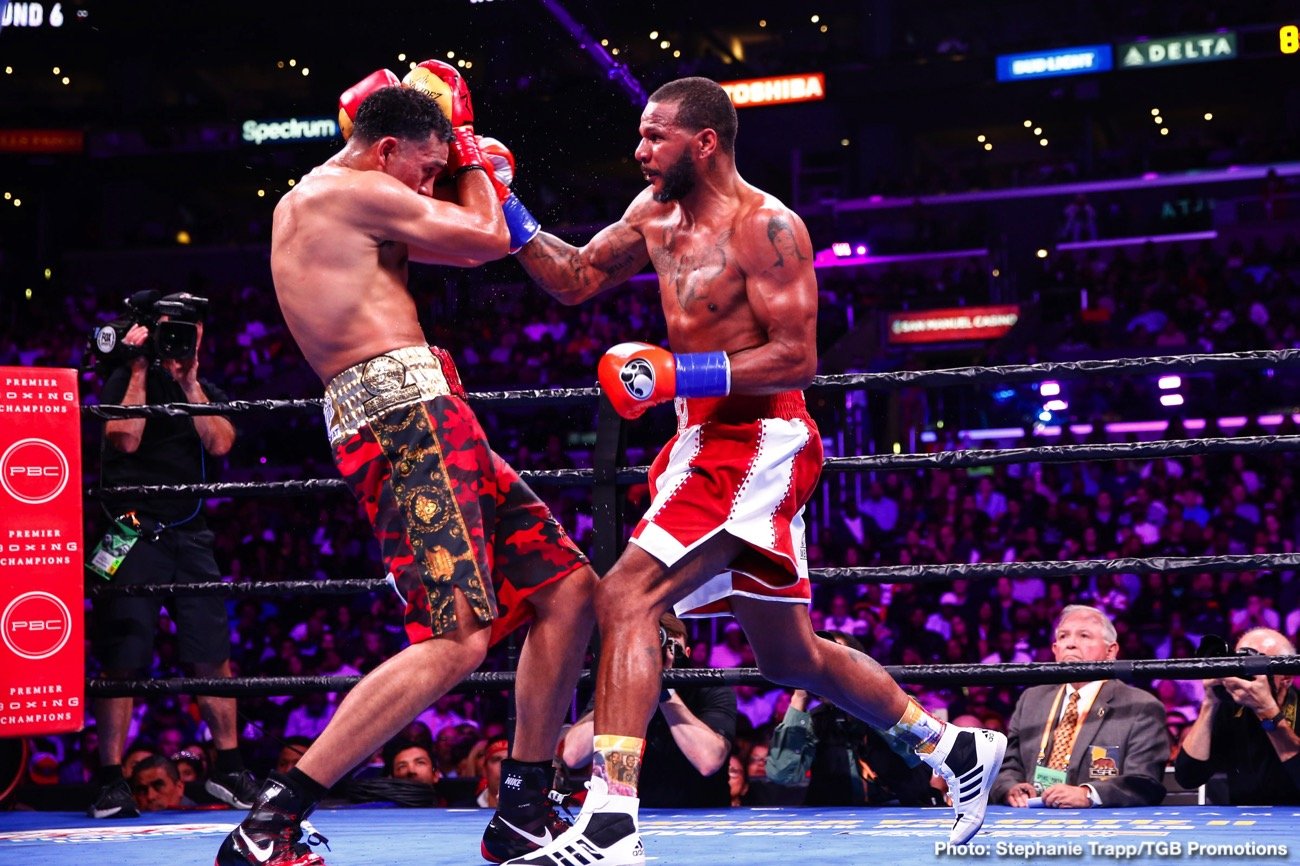 The native of Flint, Michigan, lost the title the next year to Badou Jack by majority decision.

After that loss, he put together six straight victories to get back into position to fight for the championship again. He won the title with a technical decision victory over Avni Yildirim in 2019.

Dirrell is the younger brother of Andre Dirrell, who won a bronze medal as a member of the U.S. Olympic boxing team in 2004. He is coming off a hard-fought loss to former champion David Benavidez.

“I feel great, the camp has been great, and it feels good to get back in the ring with everything that’s been going on in the world,” said Dirrell. “Kyrone Davis has fought some good guys, but with me being me, he’s biting off a little more than he can chew.

Fans can look forward to a knockout on February 27. I’m not playing; I’m going to make a statement.”

Davis (15-2, 6 KO) will face his career’s most formidable challenge when he steps in against the more experienced Dirrell. The 26-year-old Davis from Monmouth, N.J., will be moving up to super-middleweight for this match.

His last fight was a TKO victory over Antonio Todd at middleweight in January 2020. His only two losses came against Junior Castillo and Patrick Day in 2018. His most notable success so far came against Marcos Hernandez in 2017. Hernandez was undefeated at the time.

“I’ve worked extremely hard, and I’m thankful for the opportunity and plan to take full advantage of it,’’ Davis said. “It’s my turn, and you’re going to see that on FOX PBC on February 27.”

Ramos (14-0, 13 KOs), the nephew of welterweight contender Abel Ramos, steadily increased the toughness of competition in 2020.

The 19-year-old from Casa Grande, Arizona, has scored four-straight knockout wins following his only pro fight that has gone the distance, which came in a June 2019 unanimous decision over Kevin Shacks. In his last fight, Ramos scored a fourth-round stoppage against Naim Nelson in December 2020 on FOX. 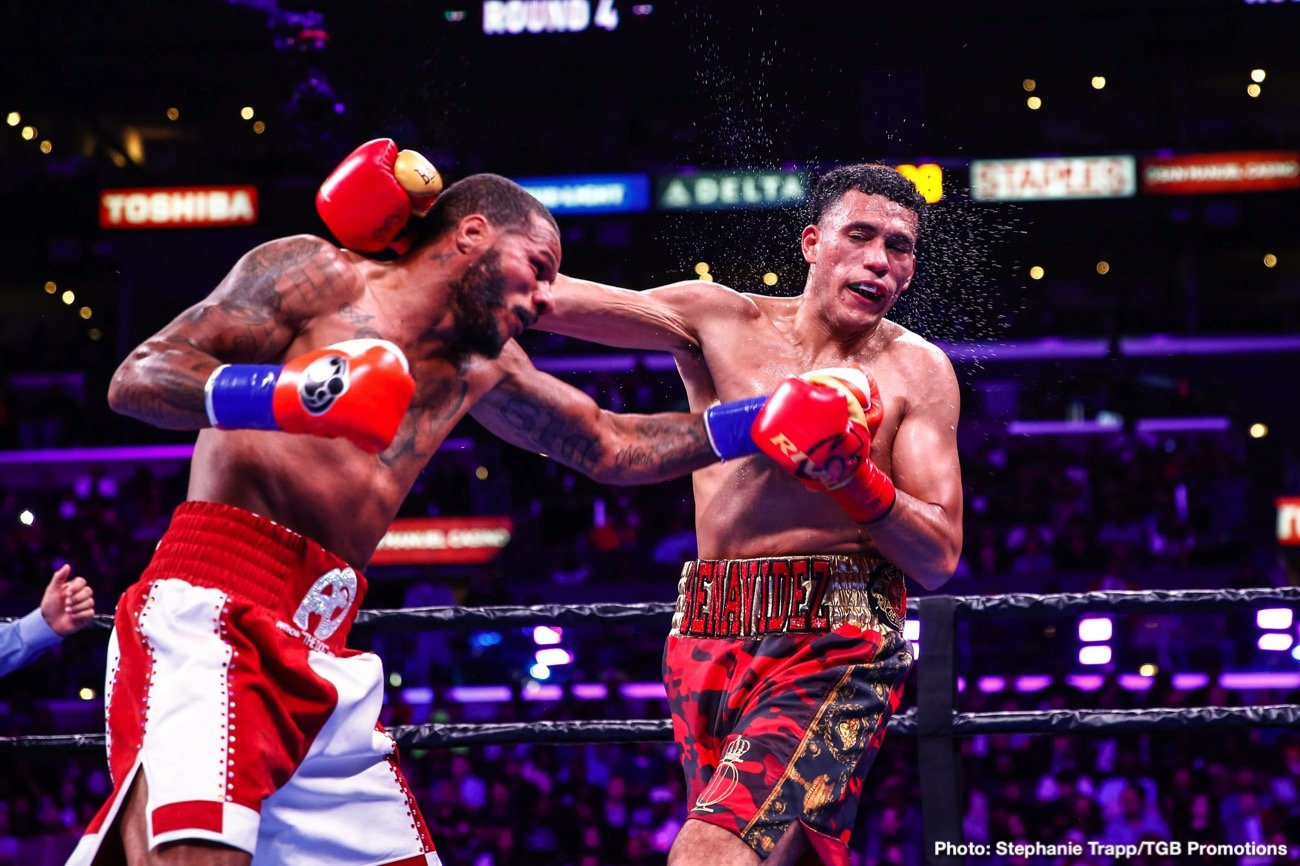 “I’m very excited to be back in the ring on February 27, just two months after my last fight,” said Ramos. “I want to stay active this year, and I can’t wait to kick off 2021 with another solid performance.”

Bojorquez (24-2, 18 KOs) has scored four straight victories since losing to Abner Lopez. All four of those victories came by way of stoppage. The 33-year-old Bojorquez from Sonora, Mexico, will be fighting for the first time in the United States. He’s coming off a fourth-round TKO win over Jose Luis Araiza.

“I know Ramos is a tough young boxer, and he’s been on a hot streak. But I’ve been on a hot streak too, and my experience will be the deciding factor,’’ said Bojorquez. “I’m looking forward to going against him in an exciting fight on FOX PBC in prime time. I expect it will be a tough fight, but I’m ready for anything that he can come with on February 27.’’

Representing Roseland, New Jersey, Mielnicki (7-0, 4 KOs) began turning heads during an exceptional amateur career. He compiled a 147-22 record and was named the Most Oustanding Boxer of the 2011 Junior National Golden Gloves amongst many accolades before turning pro. Last December, the 18-year-old welterweight dropped Steven Pulluaim twice on his way to a six-round unanimous decision.

“Camp is going great, and I’m in the best shape of my life,” said Mielnicki. “I can’t wait to showcase my talent on FOX in my first eight-rounder.”

“I’m really excited about this fight,” said Lopez. “I’ve been waiting for an opportunity like this, and I’ve been training hard for months now. Mielnicki is a young, strong kid. I’m going to go out there, test him and shock the world.”

The telecast begins at 7 p.m. ET/4 p.m. PT and includes Anthony Cuba versus Diego Elizondo in a four-round lightweight battle in the televised opener.

The event will be promoted by TGB Promotions and will take place without fans in attendance at the Shrine Auditorium and Expo Hall, an AEG venue, in downtown Los Angeles.

Born in Santo Domingo, Dominican Republic and now living in Miami, the 22-year-old Rivera (19-0, 12 KOs) is widely considered one of the best prospects in boxing today. Rivera made his U.S. debut in June of 2019 by scoring a unanimous decision victory against then-unbeaten René Téllez Girón, who would go on to upset Karlos Balderas in his next fight. The explosive rising star followed that up by stopping José Luis Gallegos in September 2019 and scoring a vicious 10th-round TKO against Fidel Maldonado Jr. in February 2020. Last October, Rivera easily outpointed Ladarius Miller over 10 rounds in what was expected to be the toughest bout of his career.

Fighting out of his native Puerto Rico, the hard-hitting Raíces (13-4, 11 KOs) has been on a two-fight win streak since suffering a decision loss to Mykal Fox in May 2018. He won an eight-round decision over Víctor Vázquez in September 2018. Then in March 2019, Raíces scored a fifth-round TKO against Andrés Navarro in Philadelphia.

Cuba (1-0, 1 KO) is an 18-year-old prodigy who first turned heads as an amateur, winning two national championships. Fighting out of Fontana, California, Cuba enjoyed an impressive pro debut, scoring a third-round stoppage victory over Leon Cavalli in October 2020. He looks to continue his winning ways against Carson City, Nevada’s Elizondo (3-2-2) in their lightweight contest.


« The Rise and Rise of Fabio Wardley