By Dan Ambrose: Adrien Broner successfully weighed in at 146 lbs on Friday after agreeing with his opponent Jovanie Santiago yesterday to have the contract weight limit increased from 140 lbs to 147 lbs.

Sadly, this was done because neither fighter was going to make weight, and it would have been a catastrophe with both coming in over the 140lb limit.

Santiago (14-0-1, 10 KOs) weighed in at 145.2 lbs, but it’s unknown hard he’d been working on cutting the weight. In fairness to Santiago, he can be excused for having issues with making weight because he’s a replacement opponent.

He was brought in several weeks ago after Broner’s previously scheduled tune-up opponent came down with COVID 10 and had to pull out.

He’d been out of the ring for two years, and he’s got legal problems that are following him. Although Broner says he’s not returning to the ring due to his indebtedness, it clearly is a factor.

The former four-division world champion Broner will be looking to make easy work of Santiago in the main event this Saturday night on Showtime Boxing from the Mohegan Sun Arena in Uncasville, Connecticut. Fight action starts at 9 pm ET/6 pm PT.

Showtime is letting Broner headline despite his opponent being an unknown non-contender for what is expected to be a mismatch.

Normally, the networks shy away from letting obvious ill-matched fights serve as the main event for their boxing cards, but in this case, Broner is being given free rein to have an easy one.

Broner must impress against Santiago

At this point in Broner’s 13-year professional career, even this fight against the 31-year-old Santiago might not be a gimme. If Broner struggles to beat the second-tier fighter Santiago, it won’t look good for his future. AB has got to be able to dominate a fighter at this level, especially with him not weight drained.

If Broner had to meltdown to 140, then you could say, ‘He weight drained.’ But that’s not the case with the fight weight moved to 147 unless Broner s now fighting just to get to that weight. Some boxing fans believe that Broner’s new weight set point is at 154.

That’s the weight that he needs to be at for him to be at full strength at this point in his career, and anything below that, he’s going to be weakened. We’ll see on Saturday if Broner is strong or if he’s a listless fighter that we saw in his fight against Mikey Garcia when he was clearly weight-drained.

Not much to gain for Broner against Santiago

Broner’s career has bottomed out since 2017 with him having failed to win a fight in his last three contests. His last win came in 2017, and he’s looked like a textbook version of a shot fighter. Even if Broner wins on Saturday against Santiago, it’ll be an empty victory because he’s not facing a world-class opponent.

You can’t say that Broner will have turned his career around with a win over Santiago because this is a non-world-class guy that has been pulled in to be the tune-up opponent.

The only way we can say Broner has turned his career around is if he can beat actual top contenders in the 140lb division. At this point, it’s doubtful that Broner will even be able to make weight for the light welterweight division.

Assuming Broner is stuck fighting at welterweight, his career will be done. AB is too slow, weak, and small to compete against even the bottom dwellers in the 147-lb division.

Broner’s low punch output will doom him even against the bottom feeder in the welterweight division, which is why it’s critical that he makes weight for his future fights at 140.

If not, his career will be done, and Showtime will need to figure out how long they want to put up with televising Broner’s fights.

Breazeale hasn’t fought since he was stopped in the first round by former WBC heavyweight champion Deontay Wilder in May 2019. The 6’6″ southpaw Wallin defeated Travis Kauffman by a fifth-round knockout last August. 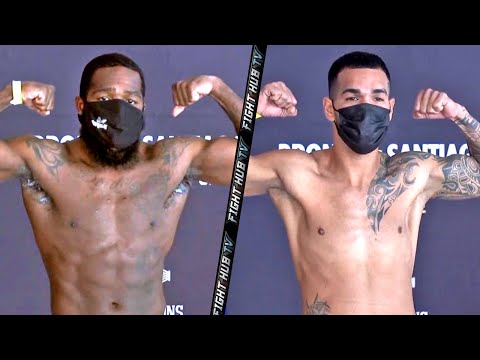