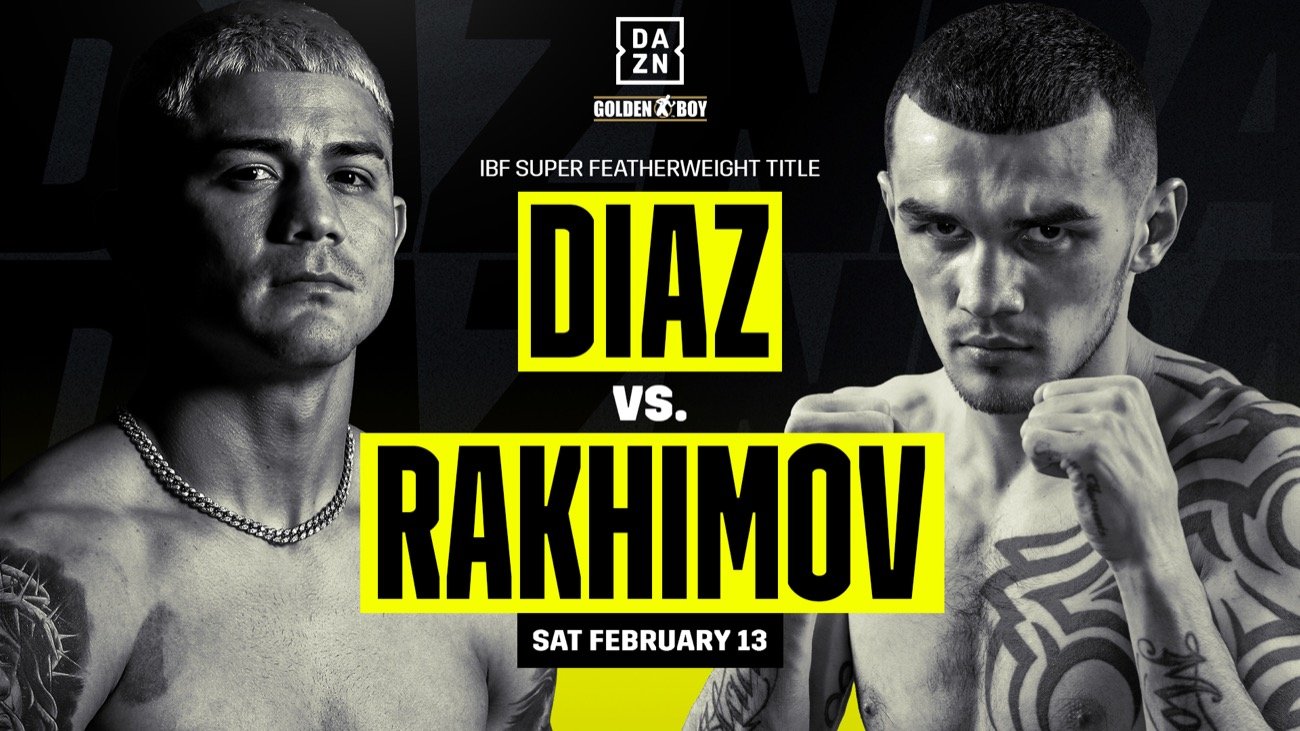 By Larry Torres: Many boxing fans may only tune in for the main event on a card. This is understandable, but these undercard fights live on DAZN, on Saturday, February 13, may be worth the watch, especially as we wait for some of the other great fights that are scheduled for 2021 (and hopefully more to be announced).

First, on the Diaz vs. Rakhimov card, there is Bektemir ‘Bully’ Melikuziev (6-0 5 KOs) versus an opponent to be announced. You may be wondering how a fight that does not even have another opponent yet be an exciting fight to watch can? 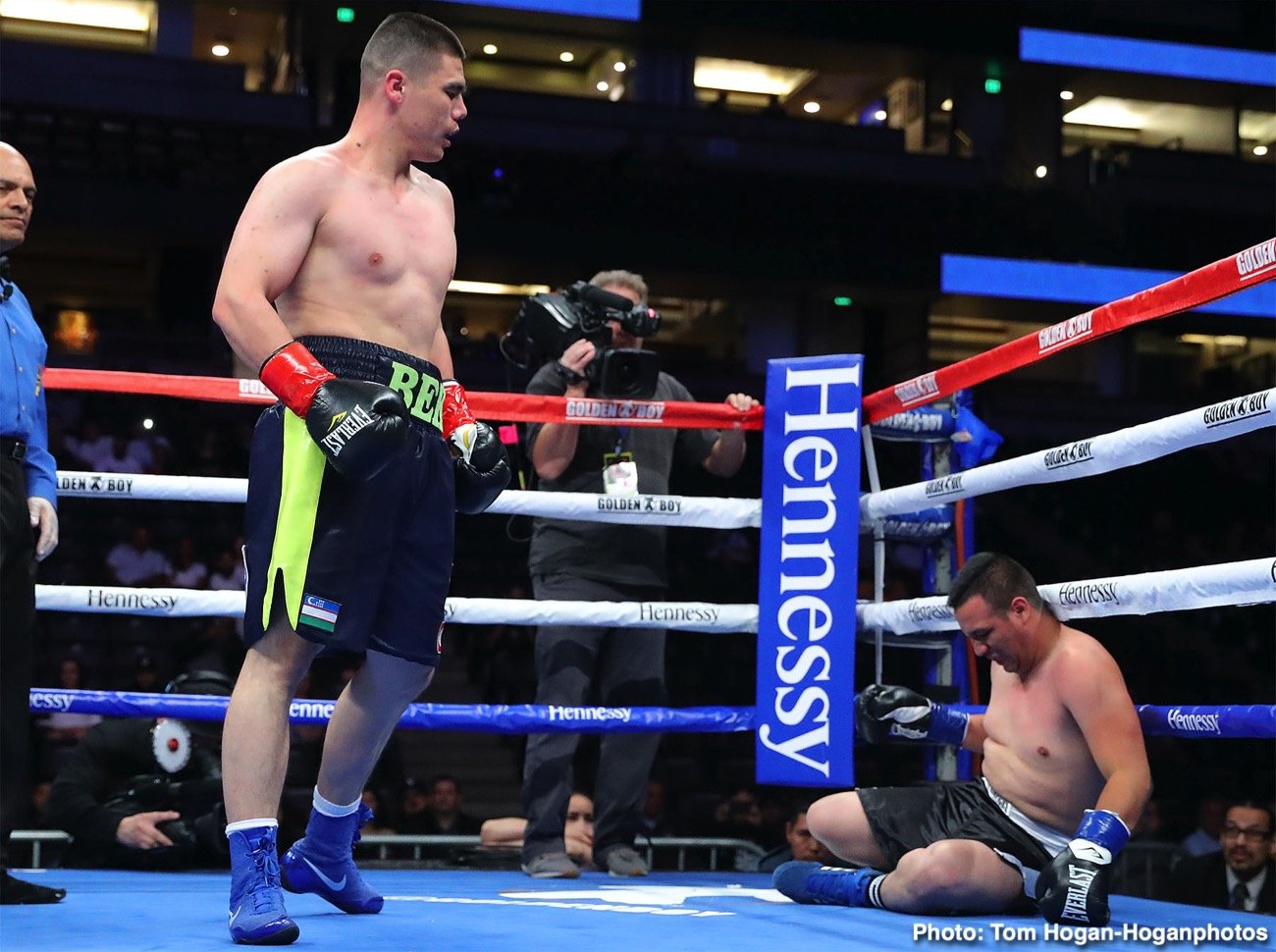 Well, that is because Melikuziev has great potential to be a world champion and a star in boxing. Melikuziev has a great amateur background and was an Olympic silver medalist in 2016, and he has shown great boxing skills and power in his young career.

He was scheduled to fight former light-heavyweight champion Sergey Kovalev (34-4-1 29 KOs) on January 30th, but the fight was called off after Kovalev tested positive for synthetic testosterone.

It is amazing to think that in his 7th professional fight, Melikuziev was willing to fight a former champion of the caliber like Kovalev, who has fought against great fighters like Andre Ward and Canelo Alvarez.

The 24-year-old Melikuziev was set to face his biggest challenge as a pro, but unfortunately for him and the fans, it did not happen.

Now he is looking to get back in the ring against whoever they put in front of him.

Given that there is not much time left, one can reasonably expect that he will not be fighting an opponent that is on his level, but he is still exciting to watch given his skills, and we can possibly see an exciting knockout.

There is much to look forward to in Melikuziev’s career, especially with the amount of talent there is in the super-middleweight division.

Anderson is a young and up and coming prospect at only 21 years old. Anderson has a good amateur background as he is a two-time USA national champion.

His opponent, Ibeh, is almost the opposite of him. Ibeh is 27 years old and does not have a deep amateur background. He is an insurance salesman and got into boxing when he went into a boxing gym to try and make a sale.

The trainer at the gym asked him if he ever considered boxing, and now here we are. Many may be thinking that Anderson is the obvious favorite to win given his youth and experience, but in Ibeh’s last two fights, he fought young prospects with deep amateur backgrounds, Guido Vianello, who had the same record as Anderson of 7-0 with 7 KOs before his fight with Ibeh now 7-0-1, and Patrick Mailata (4-1 2 KOs).

Vianello competed in the 2016 Olympics representing his home country Italy, and he earned a silver medal at the 2014 European championships.

Mailata fought former heavyweight champion, Joseph Parker in the amateurs twice, just missed qualifying for the 2016 Olympics, and fought in the semi-pro World Series of Boxing.

The fight with Vianello ended in a controversial majority decision draw (two judges scored a draw, the other had Ibeh winning every round except one).

Vianello looked very uncomfortable against the unorthodox Ibeh and was roughed up, as one could see in his face at the end of the fight. In the other fight against Mailata, Ibeh was victorious via a majority decision.

Ibeh has proved that even with his late start in boxing that he has the potential to compete with good boxers, and he will be giving Anderson his toughest fight thus far as a pro.

In the lightweight division on the Smith vs. Vlasov card, we have the co-feature Richard Commey (29-3 26 KOs) versus Jackson Marinez (19-1 7 KOs). 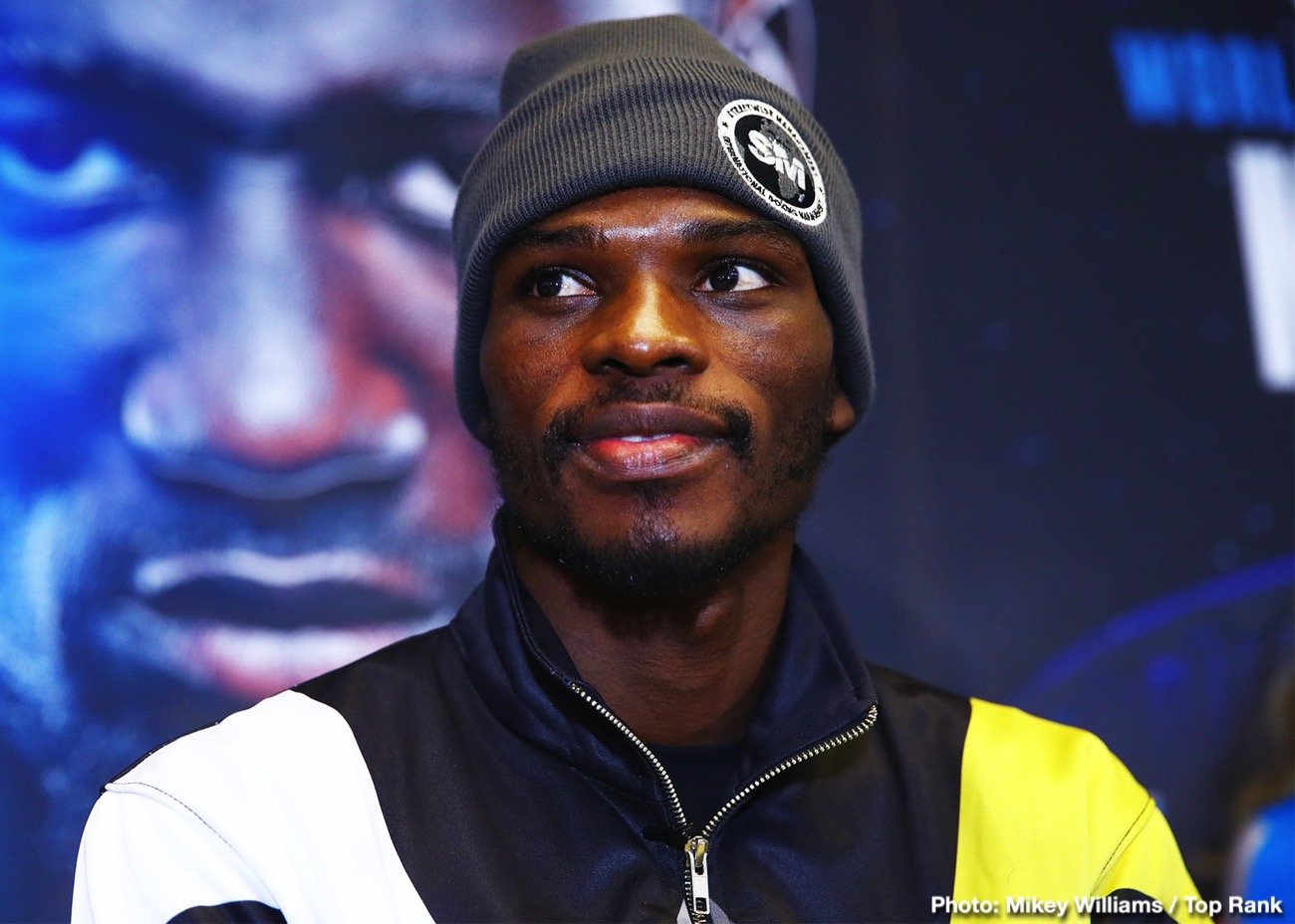 What is particularly notable about this fight is that both fighters are coming off losses. In the case of Commey, he lost his IBF lightweight title to Teofimo Lopez via 2nd round knockout, and he is looking to make a comeback and challenge for a world title.

If Commey is not victorious in this fight, it will be another major setback and will push his world title hopes back even further.

His opponent, Marinez, is also coming off a loss, but it was an extremely controversial 12 round decision against Rolando Romero for the vacant interim WBA lightweight championship.

Many fans and commentators believe Marinez was robbed (and they did not even use a gun, as the phrase goes) in a fight where he clearly outboxed Romero.

There was some discussion about whether there would be a rematch between Marinez and Romero but eventually that all fell through, and now Marinez has another chance to display his skills and show everyone that he is a world-class lightweight boxer against a former champion.

This will be a very interesting fight as both boxers are hungry and looking to bounce back from losses and put themselves in title shot contention in the very deep and talented lightweight division.

Also, styles make fights, and in this fight, we will see a power-puncher in Commey face a good boxer in Marinez.