By Sean Jones: Mikey Garcia wants Eddie Hearn to contact him for a fight against Devin Haney. Mikey (40-1, 30 KOs) says he down be down for taking on WBC lightweight champion Haney (25-0, 15 KOs).

It’s been eleven months since the former four-division world champion Garcia, 33, last fought, and he’s had no luck in getting a fight against Manny Pacquiao.

That’s a guy that Mikey had been talking about time and again about wanting to fight. Pacquiao (62-7-2, 39 KOs) has chosen to stay inactive since his victory over Keith Thurman in 2019.

Haney, 22, and the inactive Mikey would need to decide which weight they would meet at. Mikey is currently campaigning at 140, which means Haney might need to come up in weight if he wants to face him.

As big as Mikey is right now, he probably wouldn’t be able to melt back down to 135 to try and recapture his old WBC belt from Devin.

The money would be good for a fight between them. Mikey would stand a better chance of winning against the elite-level champions at 135 than he ould going up against 140 and 147-pounders.

Mikey willing to fight Haney next

“You must be working for Haney to be pushing Haney so much. I mean, I’m down to fight him [Haney],” said Mikey Garcia on social media on him being willing to face WBC lightweight champion Devin Haney.

“I think he has a promoter, right? Is that Eddie [Hearn]? So maybe Eddie should reach out to me. He’s got my direct number. I don’t need to talk to Devin or put anything up online.

“If that’s the interesting fight, he needs to talk to his boss, his promoter to talk to me. That’s the way it works. Yeah, we’re going to announce something soon, but I got to work something out.

“I can’t just mention names without any real facts or any real advances, you know? I’m still waiting for Eddie to hit me up. Eddie has got my direct number. I’m waiting for him to hit me up about it,” said Mikey.

Teofimo says he wants to fight Haney after he defends against his IBF mandatory George Kambosos Jr, but we’ll see afterward if he’s serious. Many boxing fans think Teofimo wants no part of fighting Haney, and he’s merely name dropping to stay relevant.

Other fights that interest Mikey Garcia 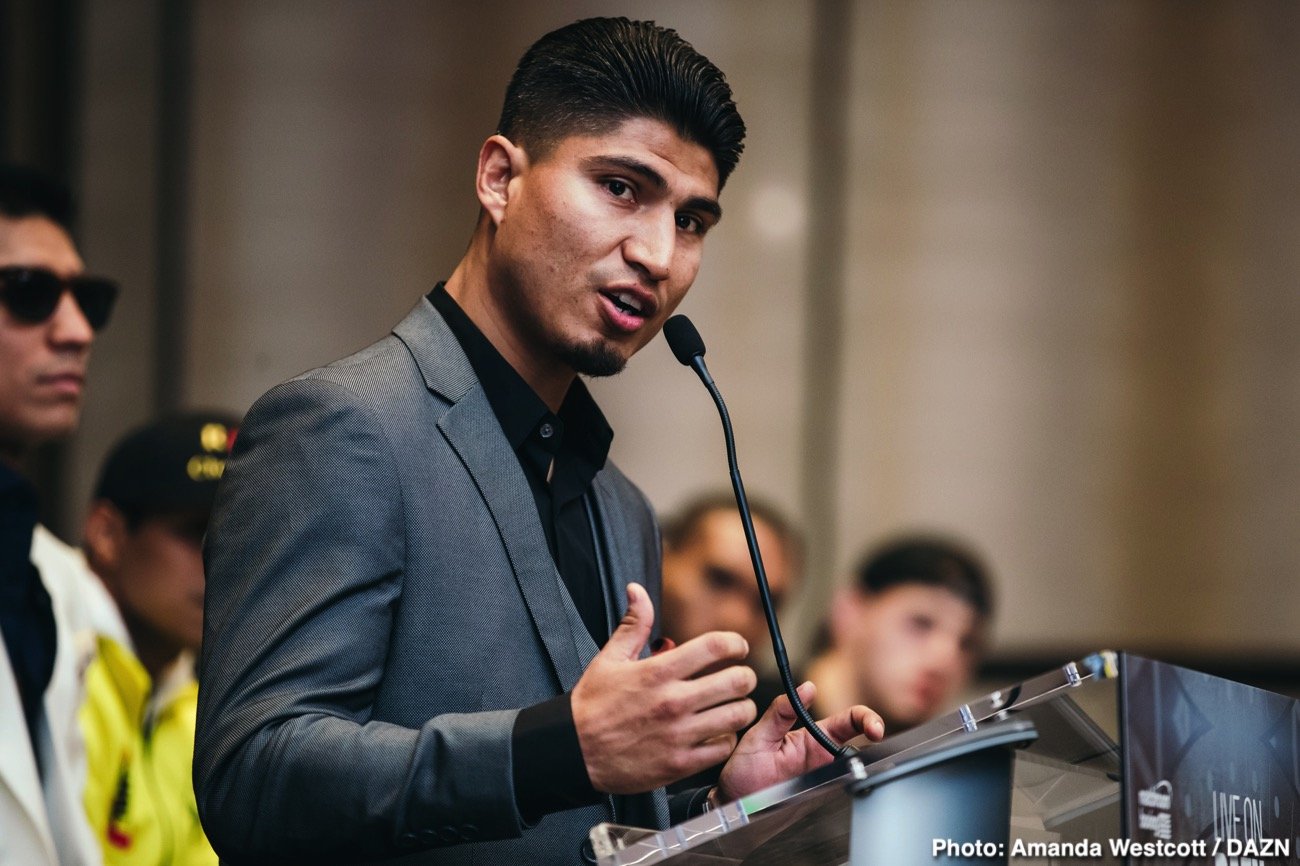 “I’m not calling anybody out. ‘Oh, I want to fight you.’ If they ask me what I think of this fight, ‘Oh that’s a good fight. I’ll take a fight like that.’ That’s how it is,” said Mikey Garcia.

It’s not too likely that Mikey will get a fight against the Top Rank promoted Terence Crawford until he leaves the promotional company. Mikey’s best bet at getting a fight against a top 147-pounder would be for him to take on one of these guys:

Former two-division world champion Danny ‘Swift’ Garcia would have been a good option for Mikey until his recent loss to Errol Spence Jr. Now that Danny has been beaten, he’s not a fighter who will do anything for Mikey.

If Mikey is hungry enough and willing to drop some weight, he could put together a big fight if he moves back down to 135. That division has suddenly come alive with the emergence of Teofimo, Tank Davis, and Ryan Garcia.

We just don’t know if Mikey can lose the weight and deny himself the foods he’s been eating to get so big.

Canelo Alvarez a massive 20 to 1 favorite over Avni Yildirim »