Mike Tyson: Teofimo should fight Haney, not Kambosos next

Regarding U.S fan interest, A fight between IBF/WBA/WBC Franchise/WBO 135-lb champion Lopez (16-0, 12 KOs) vs. Haney would be a big fight in the States. American boxing fans would eat up this match, and it would help solidify Teofimo’s position as the #1 guy at 135.

Teofimo and his dad Lopez Sr have been interested in defending against Kambosos because they believe that they can fight him in front of a huge crowd in a stadium in Australia.  Lopez’s promoter Bob Arum thinks the same thing, but it might be just a pipe dream.

Teofimo needs to maximize his time at 135

Unlike some of the past Australian fighters, Kambosos isn’t a big star in his own country, and it would be bad if Teofimo naively agrees to fight there and winds up in a stadium that looks like a ghost town.

Teofimo doesn’t have enough time left at 135 to be throwing it away on fighting obscure guys that he can easily wipeout like Kambosos. That’s not even a sporting fight on paper.

If one saw how bad Kambosos looked in his last fight against the over-the-hill Lee Selby last October, you’d want Teofimo to forget about him.

If the IBF wants to strip Teofimo of his title for not fighting Kambosos, so be it. Teo should cast the IBF belt adrift and let Kambosos jump overboard and dog-paddle after it.

If the IFL orders Kambosos and Vasily Lomachenko to scrap for the vacated title, there can only be one winner in that mismatch.

Kambosos would be walking the plank if he had to fight Lomachenko (14-2, 10 KOs) for the IBF strap, but at least it would trim some of the fat from the top of the division, clear out the pretenders.

‌”We’re going to make it happen,” said Teofimo to Haney in his appearance on Mike Tyson’s show. “Let me see what they’re going to do in Australia first. If we don’t like what they do, we’re going to fight,” said Lopez to Haney.

“And it SHOULD be the next fight, right?” said Teofimo in letting it known he doesn’t care about the Kambosos match.

Lopez’s promoter Bob Arum seems to have the impression that a match against the little-known 27-year-old Kambosos will fill a large outdoor stadium in Australia, which is where that guy comes from.

However, Australian trainer Glenn Rushton points out that a fight between Teofimo and Kambosos WON’T sell out a stadium because neither guy is popular there.

Rushton says Kambosos has spent a lot of time competing overseas rather than in Australia, and he’s failed to build his brand in his home country.

To be sure, Kambosos has been fighting steadily outside of Australia since 2017, which means it would be a foolish gamble on arum’s part to take Teofimo there, believing g the fight will sellout a 65,000 seat stadium.

A lot of fans would rather Teofimo to forget about the Kambosos fight, and instead go after Haney, Gervonta ‘Tank Davis, or Shakur Stevenson. Those would be huge fights for Teofimo, and they’ll all possible right now.

Once Teofimo moves up to 140 at the end of the year, he can forget about fighting those guys. That’s why Teofimo must make the most of the little time he has left at 135 rather than frittering it away on mismatches against obscure fighters like Kambosos.

Rushton: Teofimo vs. Kambosos is NOT a stadium fight

“He’s a very hungry motivated young boxer. Kambosos, he’s got the mongrel in him, I love all that about him,” said
Glenn Rushton to Fighthype. “Teofimo Lopez, that’s another level. Teofimo is a very, very good boy. 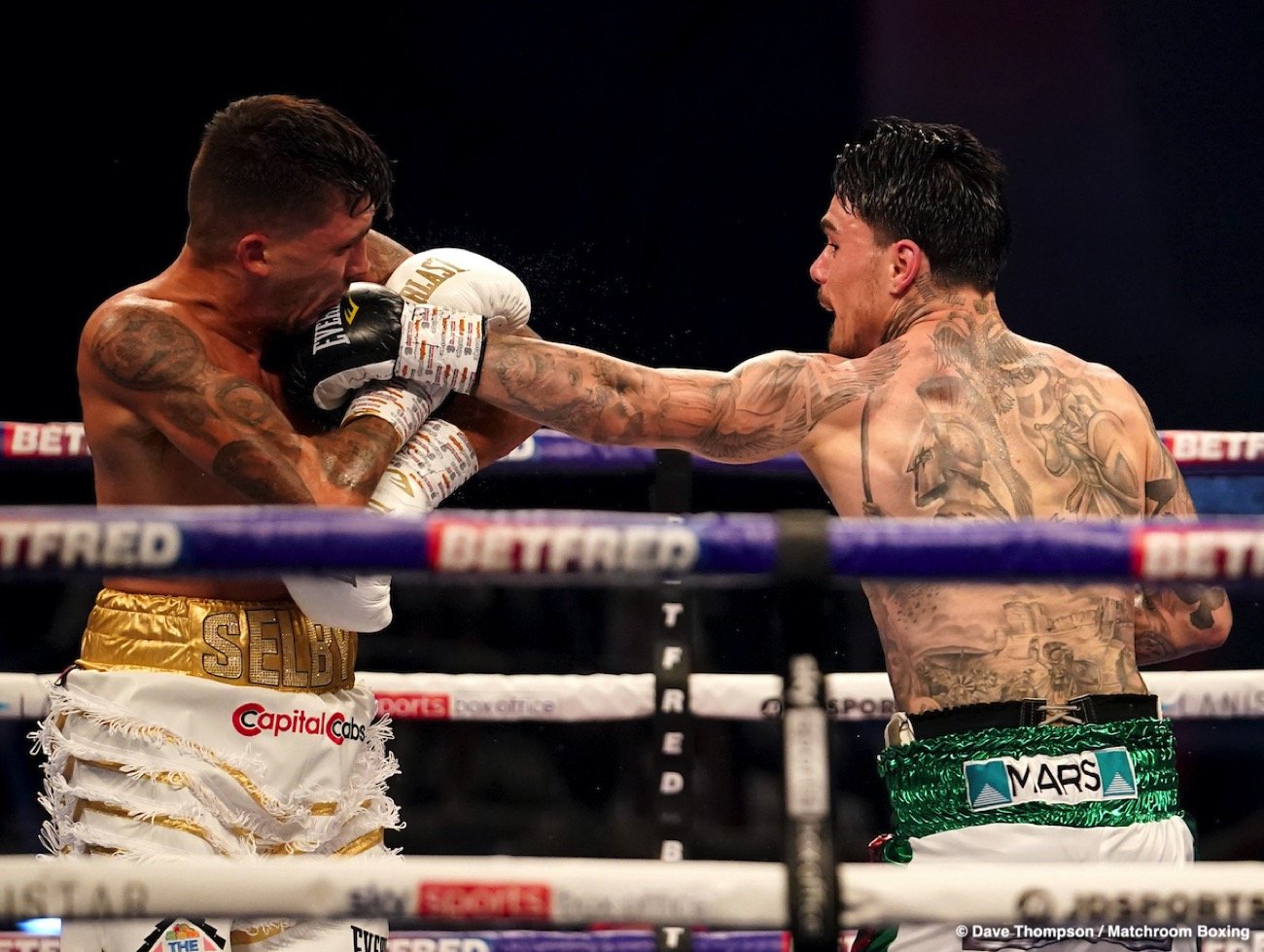 “We saw the fight between him and Lomachenko and the power he [Teofimo] displayed. Vasily looked like he was concerned about coming in range.

“I personally thought that fight was much closer than the scorecards showed at the end. I don’t know why the judges saw it the way they did, but it was a very close fight.

“He’s [Teofimo] not really known in Australia apart from hardcore boxing fans,” Rushton continued. “He’s not a global icon like Manny Pacquiao was.

“George [Kambosos] has had a lot of his fights overseas, so his brand, he hasn’t done what Tszyu did, which is kept building his brand here in Australia.

“I’d be looking for a stadium that seats 10 to 12,000, and seeing if I can fill that with a good undercard. It’s certainly going to be popular overseas on pay-per-view, but I don’t see that as a stadium fight in Australia at this point. I hope I’m wrong,” Rushton said.

So, in other words, Teofimo – Kambosos is a small arena fight? Lopez and his dad might need to veto the idea of going to Australia to fight Kambosos if all the fight brings in is a crowd of 12,000 at best.

What happens if the fight doesn’t even sell out a 12,000 seat indoor arena? What a pure disaster that would be.

“I’d like to see them [Lopez and Kambosos] fill a stadium, but I just don’t see it, given the fact that George has had a lot of his fights in the U.S,” Rushton said. 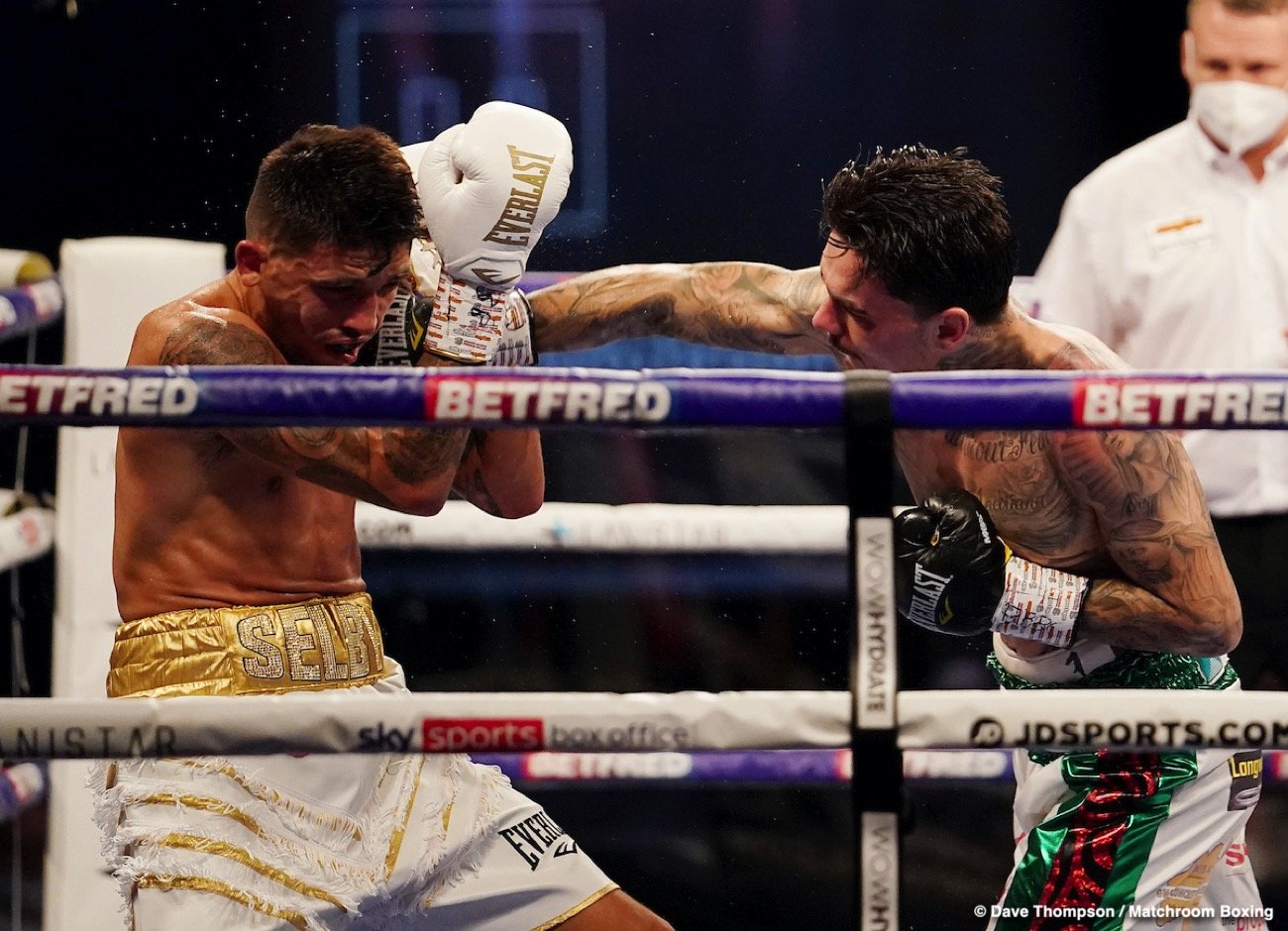 “He hasn’t had regular fights here, and the Australian crowd going on pay-per-view and buying his fights. It’s a decision you have to make.

“Obviously, George and his team weighed up and decided they wanted to pursue his teams over in America. As I said, to come back here for that fight [Teofimo], is that the right move?

“Again, that remains to be seen. I’m not saying it’s the wrong move to have it in Australia. I think it’s wonderful that George comes back and gets a shot.

“Let’s see if they can do it. Get a good undercard, and let’s see if we can do it. That’s what I would be doing, and not doing it in a stadium [outdoors].

“It’s a great fight, and I wish George every success in that fight,” said Rushton.

So there it is straight from Rushton’s mouth. Teofimo vs. Kambosos won’t sellout a large stadium in Australia like previously believed. Instead, it should be placed in a 10 to 12,000 seat stadium indoors.

Teofimo has the popularity to bring in a crowd that size in the U.S, especially if he fights Devin Haney. If there’s no money in a fight between Teofimo and Kambosos, it’s pointless for Teo to take the fight.

He should listen to Mike Tyson and take the fight with Devin Haney next. Of course, if Kambosos’ management could guarantee that a fight against Teofimo would sellout a 65,000 seat stadium in Australia, then maybe it makes sense.

But that would be a gamble, and the stadium could be near empty if they’re wrong. Teofimo would be kicking himself for taking the fight instead of going after the Haney match, which is the one that U.S boxing fans want to see. They’re not interested in a terrible mismatch between Haney and Kambosos.