By Sean Jones: Devin Haney says he’s not worried about Teofimo Lopez and the other four kings ducking him. He Haney feels he doesn’t need fighters like undisputed lightweight champion Teofimo (16-0, 12 KOs) to become a superstar in the sport.

Not surprisingly, Haney was unhappy at learning that Teofimo wants him to earn a fight against him by facing Rolando ‘Rollie’ Romero (12-0, 10 KOs). Haney feels like he gains nothing from fighting Romero, who is coming off a controversial 12 round decision win over Jackson Marinez last August.

Haney (25-0, 15 KOs) says the fans know that he’s the “real” WBC lightweight champion, not Teofimo, who holds the ‘Franchise’ title honorary-type of belt given out by the World Boxing Council to fighters that they respect.

Although Teofimo said recently that he plans on putting a fight together with Haney after he makes his title defense against his IBF mandatory George Kambosos Jr next, Devin doubts that will happen.

Teofimo’s promoter Bob Arum says he wants him to move up to 140 in the second half of 2021 to take on the winner of the Jose Ramirez vs. Josh Taylor fight. Haney likely doesn’t figure into Teofimo’s plans, not 2021 or 2022. Why is that? Maybe because Haney is too risky for Teo.

“The fans know I’m the real WBC champion, and if you want the real undisputed champion and you want the world not to question you because that’s what it’s about,” said Haney to Behind The Gloves in talking about Teofimo Lopez.

“They’re showing me that they’re not quick to call me out. If guys were quick to say, ‘Give me Haney,’ then I would feel like I got to prove something.

Well, it’s obvious that Haney is being ducked by all the top lightweights right now, and there’s nothing when can do about it. Ryan Garcia is a perfect example of one of the ‘Four Kings’ ducking Haney.

Ryan looks like he’s focused on just cashing-out with two big-money fights against Manny Pacquiao and Gervonta ‘Tank’ Davis before making a quick exit from the sport at age 26.

The ‘King’ Ryan vs. Luke Campbell clash earlier this month was an official WBC lightweight title eliminator, which Ryan won by a seventh-round knockout. There’s a good chance that y the time Ryan is done with those two fights, he won’t be worth much for Haney.

Haney: I don’t need Teofimo to become a star

“Teofimo said he was going to send me and Kambosos a contract,” said Haney. “Teofimo says one thing and then says another thing in a totally different interview.

“Just yesterday, he said I have to fight Rollie to get him when I don’t need Teofimo to become a star. Teofimo is not someone that I need. I still make more money than fighting Teofimo Lopez. For him to say that I have to go through Rollie to get to you is ridiculous. I don’t really need you, Teofimo.

“And I think Shakur is a terrific fighter, and I think he has a bright future,” said Haney of Shakur Stevenson, wanting to be mentioned along with the four kings of the 135-lb division.

“I think Shakur will be there one of these days. I think when they mention the four kings, they’re talking about the guys at lightweight. He hasn’t fought at lightweight yet.

“I just think he wants to fight Tank and make the big fight happen and move forward after that,” said Haney about Ryan Garcia.

“My main focus is to keep winning and collect all the belts in my division,” said Haney. “Fame will come, the money will come in good time. I want belts more than anything.

“I was surprised because I didn’t think Luke would be any competition for him,” Haney said of Luke Campbell. “It was surprising.

“It showed that Ryan could be hurt, but it also showed that Ryan has a great heart. He was able to get up and come back even stronger,” said Haney about Ryan’s performance against Campbell.

Haney doesn’t need Teofimo or any of the other four kings of the lightweight division. He’s following his own path, treating his career like a marathon rather than a fast sprint to paydirt the way other top lightweights are.

“I showed that I”m a master boxer and crazy ring IQ to go in there and not take any punishment in there against [Yuriorkis] Gamboa,” said Haney when asked what message he sent by beating Gamboa. “The top guys haven’t been able to do that.” 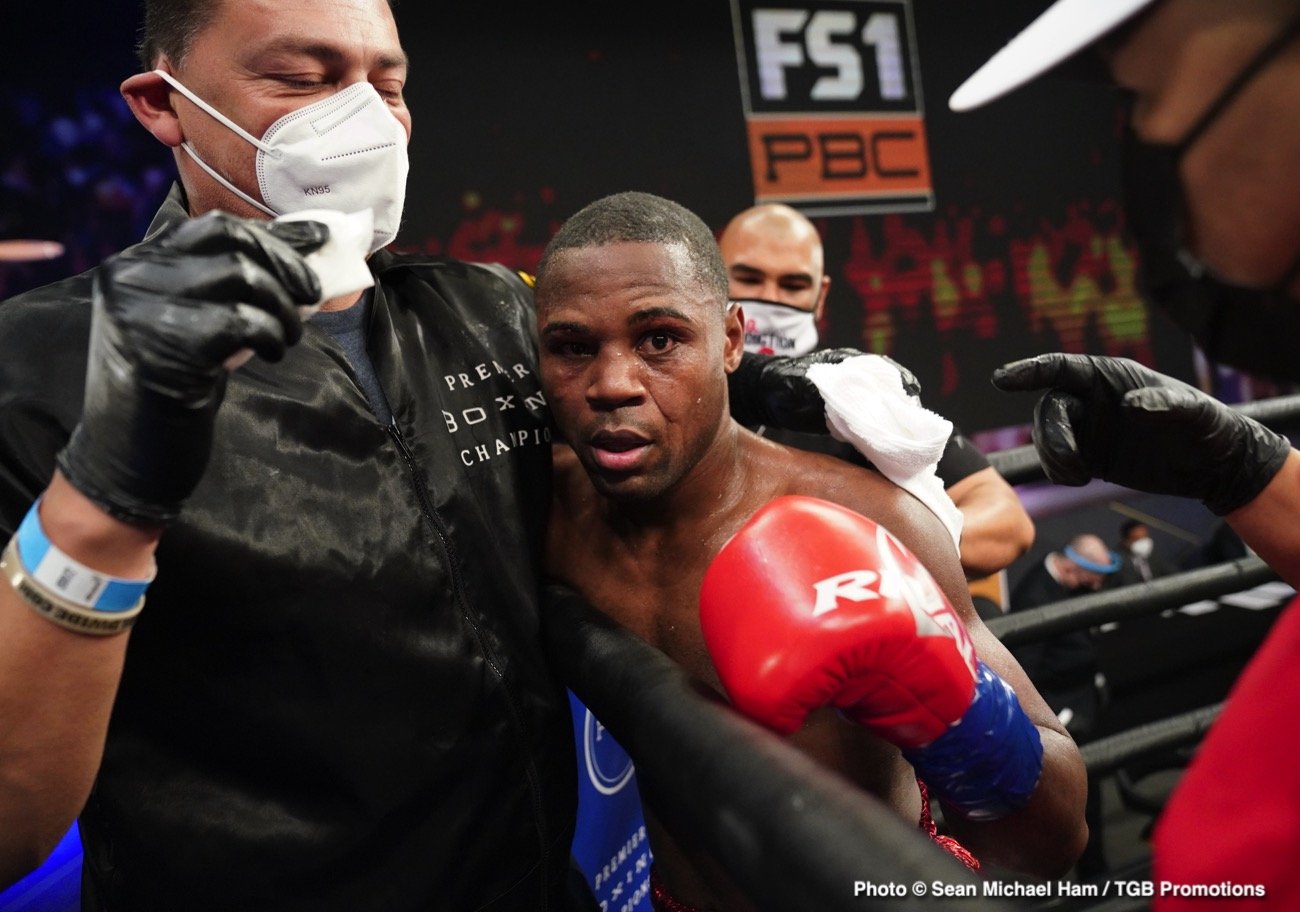 “Then I’ll go down to my next mandatory which is Javier Fortuna,” said Devin when asked who he’ll fight if none of the other four kings of the 135-lb division [Ryan Garcia, Teofimo Lopez or Gervonta ‘Tank’ Davis] agees to fight him next.

“It’s going to be a great fight [against Fortuna], but I see myself being victorious. I see myself winning an easy fight, but I feel it would be good for boxing if it happens.

It will be a shame if Haney is forced to take on former WBA super featherweight champion Javier Fortuna (36-2-1, 25 KOs) next rather than one of the four kings. Unfortunately, that may be what Haney is stuck with. 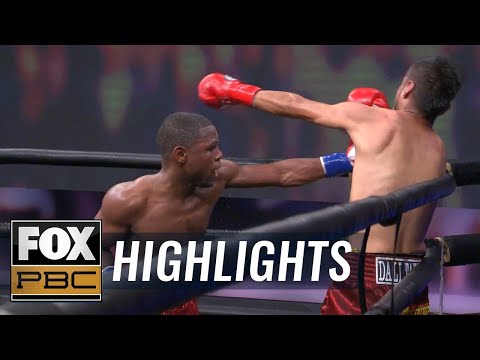 Fortuna is a talented fighter with a lot of experience, and you legitimately say he has more ability than guys like Luke Campbell.

He’s a lot more aggressive-minded, and he’s not going to have second thoughts about going for a knockout if he hurts Haney.

Haney compares himself to the young ‘Pretty Boy’ Mayweather

“I feel like he compared himself more with ‘Money’ Mayweather and not ‘Pretty Boy’ Floyd,” said Haney about how Adrien Broner seemed to pattern himself after Floyd Mayweather Jr early on his career. 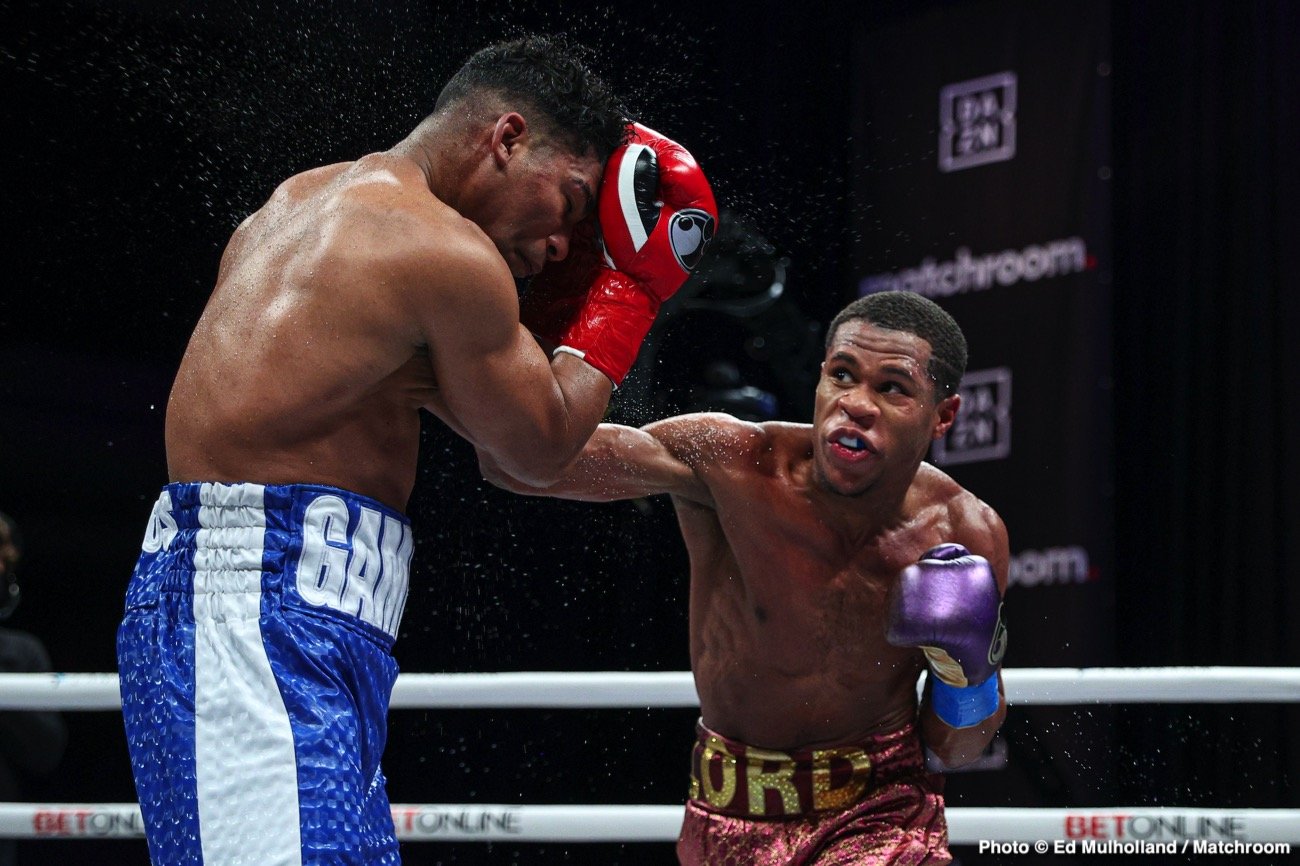 “He was like when Floyd was ‘Money’ Mayweather than when he was ‘Pretty Boy.’ That’s why I want to pattern myself to when Floyd didn’t get the millions, millions and millions of dollars yet.

“Floyd was still like on the come up like me. Floyd was more defensive-minded when he got older. When he was younger, he was more offensive-minded. He threw a lot more punches and he would try and hurt his opponents more.”

Haney is correct in comparing himself to the young ‘Pretty Boy’ Floyd Mayweather Jr than the older, slower, and more defensive-minded ‘Money’ Floyd that we saw late in his career.

Early on, Mayweather was an aggressive fighter that went after his opponents looking to knock them out with his combination punching. That was when Mayweather was fighting at 130 and 135.

When Floyd eventually moved up to 147, he didn’t have the power to hurt those guys like he’d been doing in the lighter weight classes. Haney may find himself in the same position once he moves up to 140 and 147.

Right now, Haney still has enough power to score knockouts with his high-volume punching style, but that could change in the future when he goes up in weight.

Sending  a message to the other four kings

“You guys only have a matter of time to keep ducking me,” said Devin in giving a message to Ryan Garcia, Tank Davis and Teofimo Lopez. 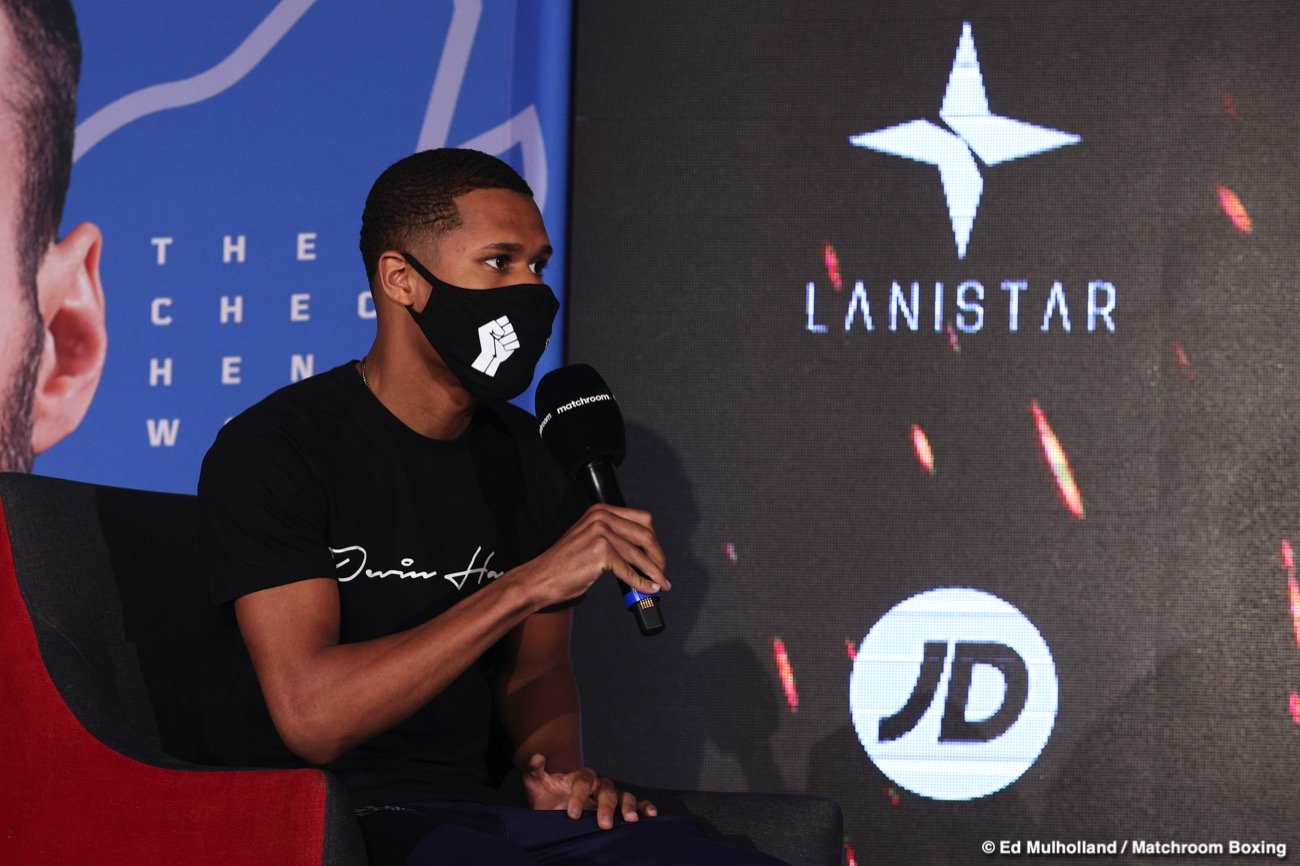 “Pretty soon you guys are going to be cornered and you’ll have to fight me. So be prepared because pretty soon you’ll be facing me,” said Haney.

“I don’t feel like there should be any trouble making these fights, because if the fighters want these fights to happen, we should be able to make them happen,” Haney said about him making fights against the big names at lightweight.

“So from what I know, it has nothing o do with me. I think Sugar Ray out of the four kings is more my style. He’s the one that I most resemble out of those four guys,” said Haney.

Haney has no rush to try and force the other top lightweights like Ryan Garcia, Teofimo, and Tank to fight him. Haney, 22, is in a better position than those fighters are in keeping his weight down to stay in the 135-lb divsion.

It’ll work against the other four kings if they don’t make the fight with Haney right now while they’re still young enough to get down to 135 without draining themselves.

The longer they wait, the harder it’s going to be for them when they do eventually face Devin.

Oleksandr Usyk waiting for ‘step aside’ to let Joshua vs. Fury fight for WBO belt »