Can Xu scolds Josh Warrington for only fighting at home 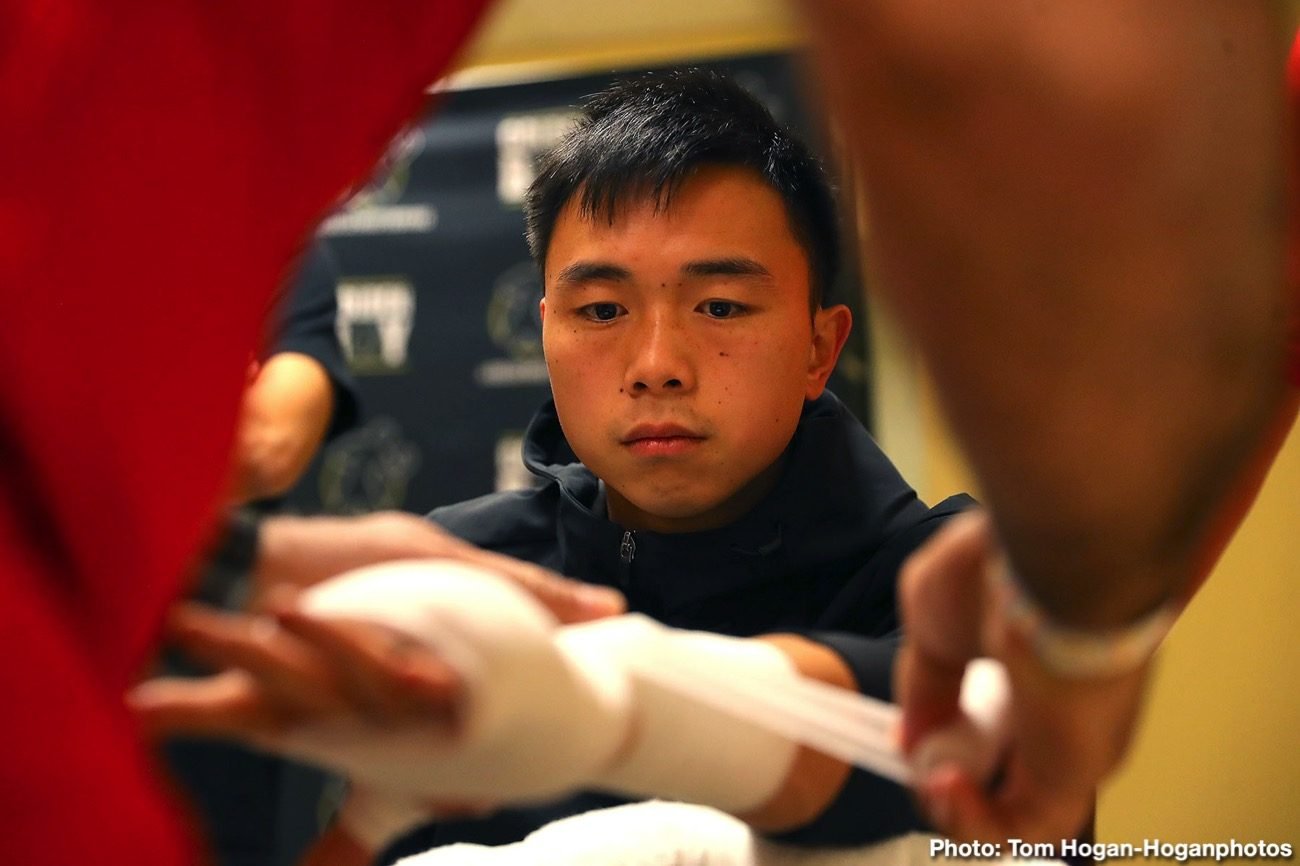 By Barry Holbrook: Can Xu unloaded on Josh Warrington this week about him only wanting to fight in his backyard in the UK rather than come to China to face him in a unification fight.

The WBA secondary featherweight champion Xu (18-2, 3 KOs) was hoping to fight IBF champion Warrington (30-0, 7 KOs) in front of fans in the spring in a unification fight at 126.

But when the International Boxing Federation ordered Warrington to face his #1 mandatory Kid Galahad (27-1, 16 KOs), he vacated the IBF belt, and he’ll instead be taking a stay busy fight against second-tier fighter Mauricio Lara (21-2, 14 KOs) next month on February 13th on DAZN in a fight in the UK.

Not a great fight this, but it at least keeps Warrington busy in the meantime during the pandemic.  Warrington still wants to fight Xu, 26, is he’s game to meet up with him on April 24, which is his next fight date after he faces Lara next month.

If Xu chooses not to take Warrington up on his offer, Josh will look to challenge WBC 126lb champion Gary Russell Jr for his title. 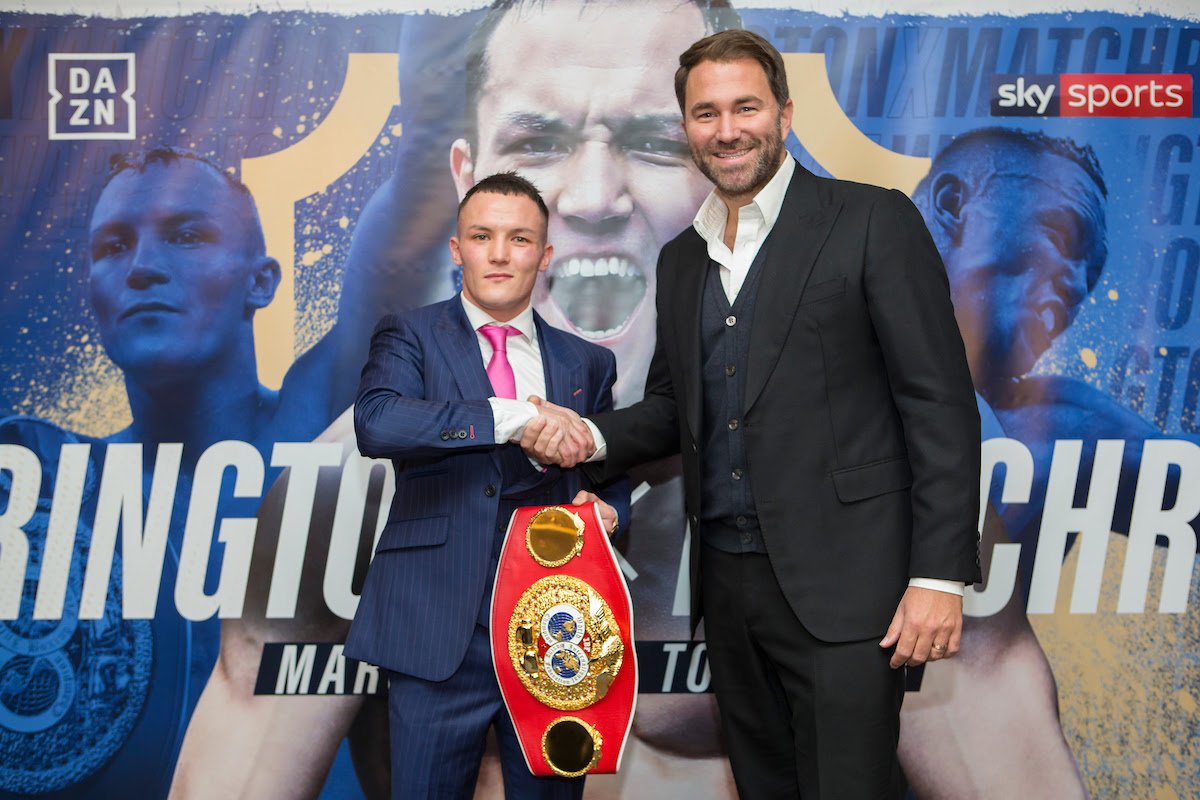 The long-time WBC chmp Russell (31-1, 18 KOs) has talked of wanting to fight Warrington for ages, and the two could potentially meet in April if Xu doesn’t accept the fight.

“We used to invite Warrington to have a contest in China or in a third country, but he was afraid,” said Can Xu via Dan Rafael at Substack. “He said that he just wanted to fight in the U.K.

“Warrington is just a 30-year-old man who only dares to fight in his backyard. What I want to say is I dare to compete against you anywhere and anytime. Do you dare?

“Once the situation is safe in the UK, we will battle immediately. Just keep your mouth shut and focus on training. Protect your chin and save it for me,” said Can Xu in sending a message to Warrington.

Many boxing fans would rather watch Warrington challenge Russell, 32, for his WBC title than see him take on the twice beaten Xu. But in terms of winnability and excitement, Xu is the better match-up for Warrington.

Josh stands a much better chance of defeating Xu than he would against the talented Russell. Although Russell Jr is getting up there in age and is much older than Xu, he’s still clearly a better fighter, and he could give Warrington a lot of problems.

With Shakur Stevenson having moved up to 130, Russell Jr and Emanuel Navarrete are the class of the featherweight division.

Warrington is arguably the third-best fighter at 126, followed closely by Kid Galahad, Rey Vargas, Jessie Magdaleno, and Xu. You got to give Warrington a lot of credit for him wanting to take on Russell Jr. That’s going to be a tough fight for him.

The featherweight division needs big fights, and Warrington is in a position to put himself up at the top by taking on the best. This is what the 126-lb division needs right now.

Warrington has no fear of anyone, and that’s good to see. Too many of these fighters have become too protective of their records.


« Canelo vs. Saunders possible for Allegiant Stadium in Las Vegas