VIDEO: Who is the best Welterweight today? 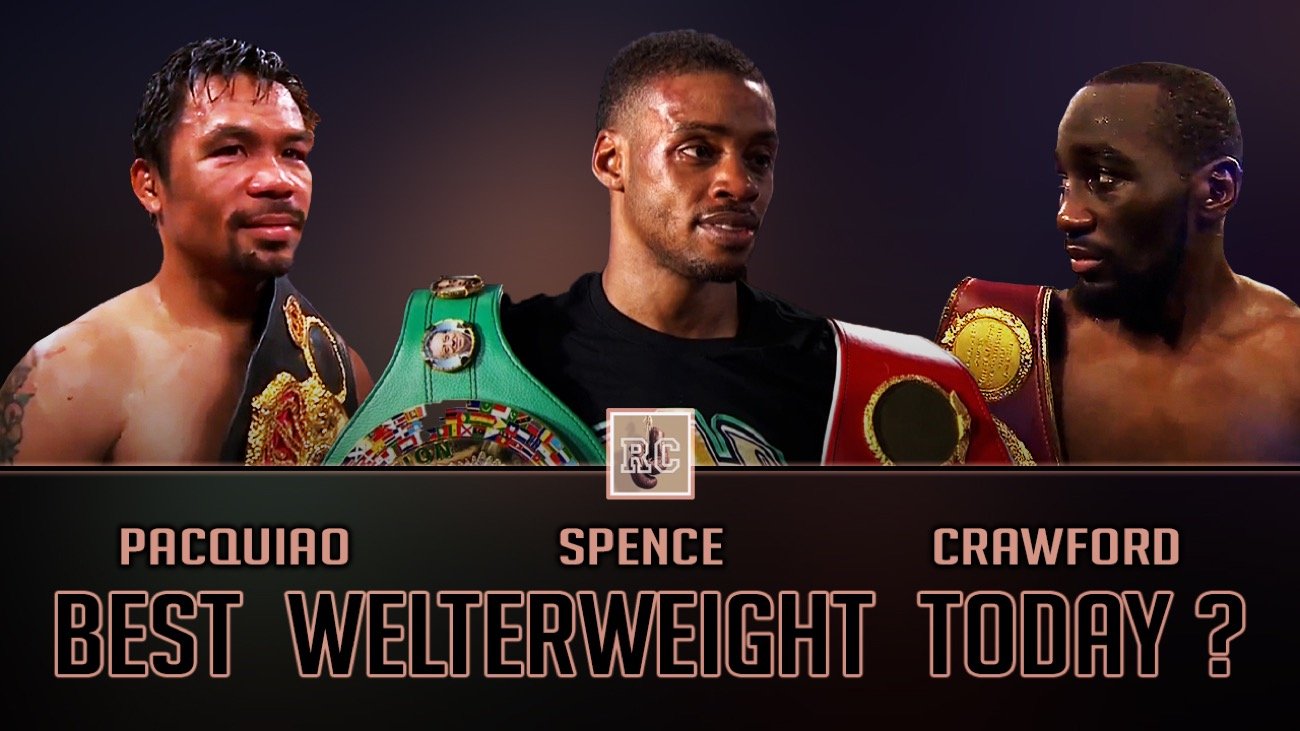 Who is the best welterweight boxer in the world today? Is it Errol Spence Jr, Terence Crawford, or Manny Pacquiao?

Last Saturday night unified IBF/WBC welterweight world champion Errol Spence Jr successfully defended his championship against former two division world champion Danny Garcia. This was the first bout for Spence this year, and it was also his first fight since being involved in a serious car accident last year. After 12 rounds of action, Spence was awarded a unanimous decision with two judges scoring it 116-112, and the other having it 117-111. With the victory, Spence successfully retained his unified IBF/WBC championship.

So two out of the four major championship belts currently belong to Errol Spence Jr. The other reigning champions include undefeated WBO welterweight champion Terence Crawford and WBA champion Manny Pacquiao. Last month Crawford scored an impressive 4th round stoppage victory against former IBF welterweight champion Kell Brook. And Pacquiao has not fought this year. He has not been seen in action since July 2019, when he turned back the clock in an outstanding performance where he won the WBA belt from then undefeated Keith Thurman.

So Errol Spence is the unified IBF/WBA welterweight world champion, Terence Crawford is the WBO champion, and Manny Pacquiao is the WBA champion. Three outstanding welterweight champions! But which of the three is the best welterweight in the world today? This is not an especially easy question to answer, as strong cases can be made for any boxers in any order regarding these three. Potential match-ups involving any two of these three would undoubtedly provide for the best welterweight championship fight that can conceivably happen at this time.

This edition of Rummy’s Corner will attempt to answer that mighty tricky question – who is the best welterweight boxer in the world today? For one man’s opinion on the current welterweight landscape is it pertains to Spence, Crawford, and Pacquiao, please watch and enjoy the video.