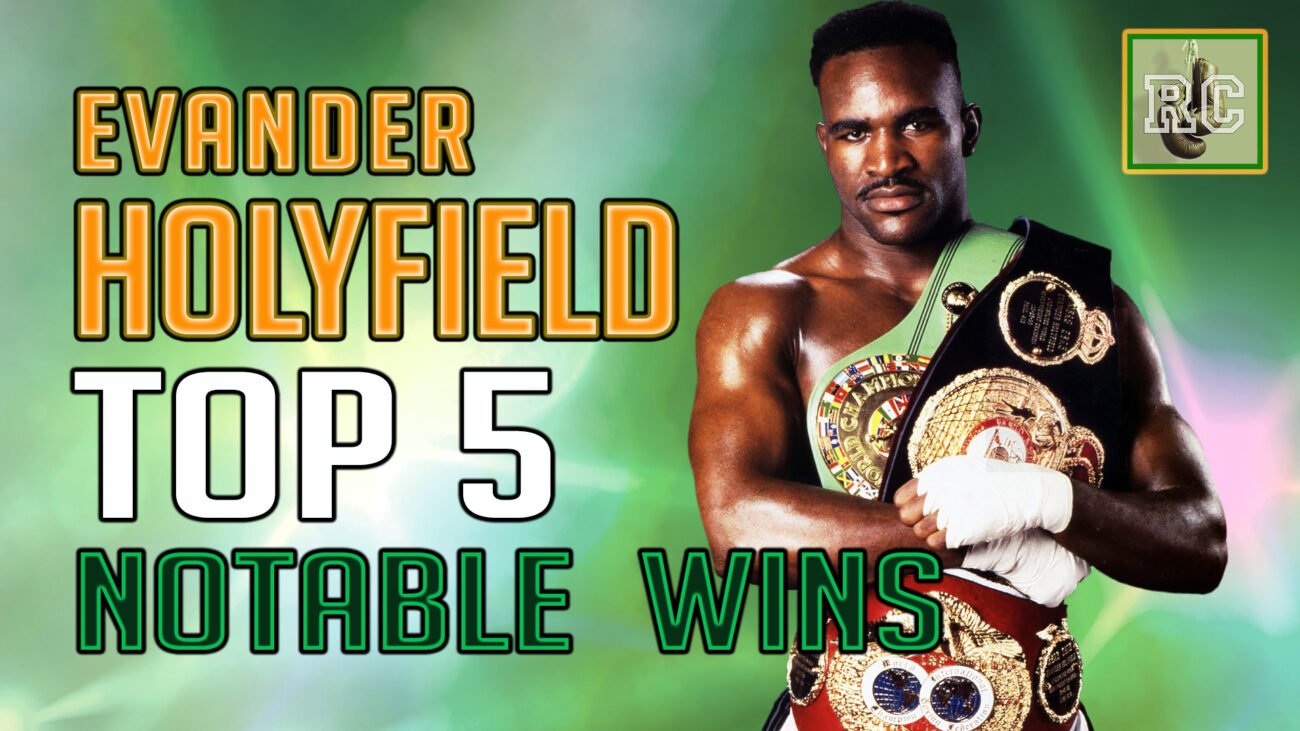 Rummy’s Corner: Evander ‘The Real Deal’ Holyfield is the featured boxer in this edition of the Top 5 Notable Wins series.

On July 12, 1986 Holyfield captured his first major world championship when he defeated WBA cruiserweight champion Dwight Muhammad Qawi in one of the last epic 15 round championship contests. Holyfield was only 23 years old and had just 11 fights as a professional at that time. And this was just the beginning of a long and illustrious Hall of Fame career where Evander consistently competed against the best competition available in his day. Holyfield is the only boxer in history to capture the undisputed championship in both the cruiserweight and heavyweight divisions. Additionally Holyfield is the only boxer in history to win a portion of the heavyweight crown four different times.

In 57 professional contests, Holyfield’s final record stands at 44-10-2 with 29 of those 44 victories coming by way of knockout. Most of the losses on his ledger happened later in his career when he was well past his prime, but Holyfield remained a competitive contender until a very advanced age in boxing terms. Indeed, his controversial loss against WBA champion Nikolai Valuev in December 2008 was a fight that most observers believed Holyfield deserved to win, and had he gotten the decision in that one, Holyfield would be a five time heavyweight champion. And that victory would have happened more than 22 years after Holyfield had first won a major championship.

Holyfield had many notable victories during his outstanding career, and he has defeated many fellow Hall of Famers during a career that stretched and incredible 27 years. Simply put, he fought everyone worth fighting in his day, and he fought several of them more than once. Holyfield has a slew of high quality wions. But which 5 were the Top 5 Notable wins in the career of Evander ‘Real Deal’ Holyfield?

Determining the Top 5 most notable wins in a boxer’s career is not easy, and there will always be differing opinions. But this edition of Rummy’s Corner will attempt to answer that question all the same. To get one man’s opinion on the 5 most notable victories in the amazing career of Evander ‘The Real Deal’ Holyfield, please watch and enjoy the video.

Eyeing the King’s Crown: A Look at the potential Threats to the Throne of Teofimo Lopez »