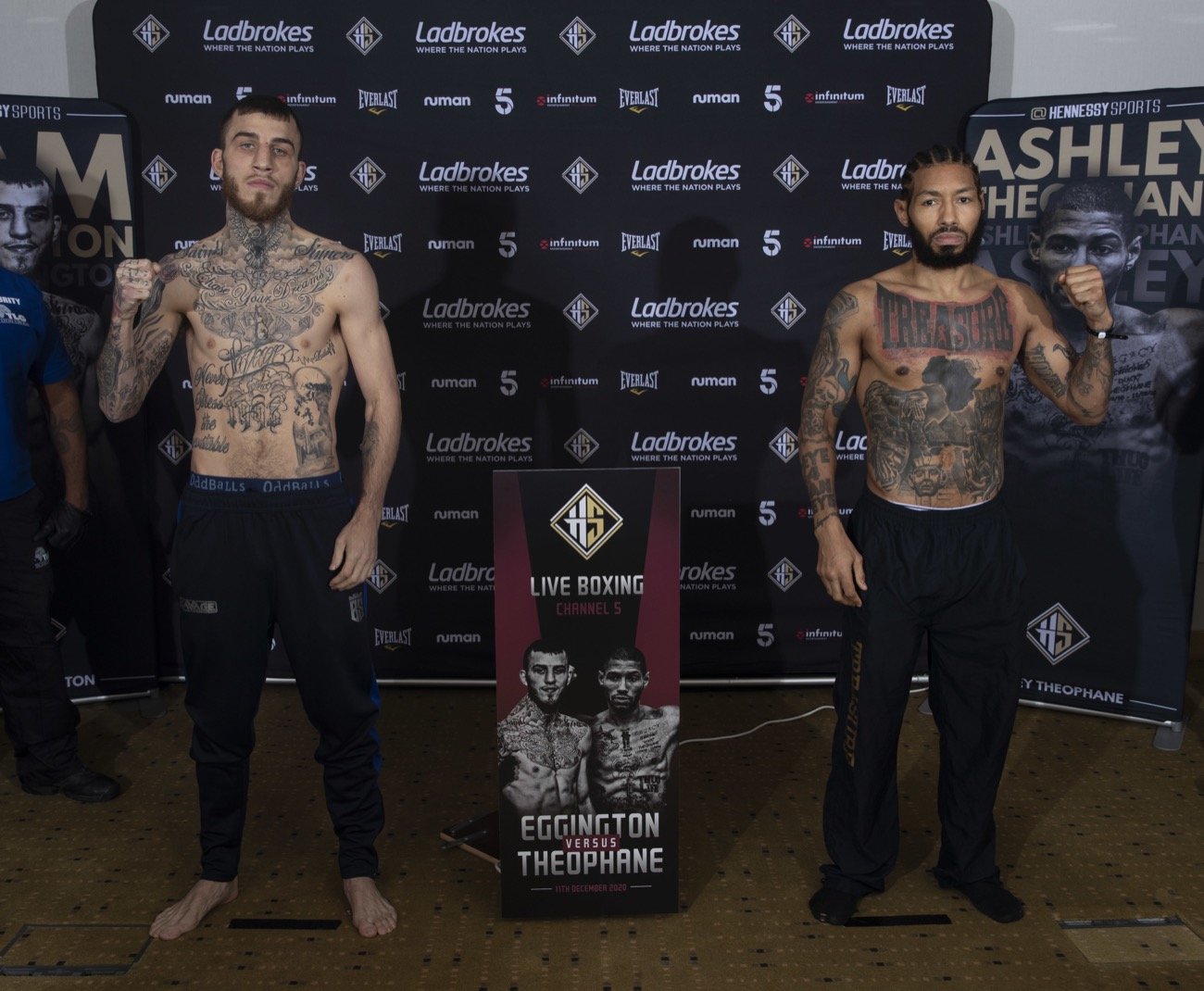 Promoter Mick Hennessy is pleased to announce that all the boxers’ featuring on his event tomorrow night (Friday 11th December) at the Fly By Nite TV studio in Redditch have passed their COVID-19 tests and are cleared to fight.

The boxers’ weighed in today, with the main event Sam Eggington and Ashley Theophane both coming in under the super-welterweight 11st (154lbs) limit before they collide tomorrow night, exclusively live on free-to-air Channel 5 in the UK.

Eggington, who weighed 10st 13lb 2oz (153.2lb), said, “I can’t wait for it, I’m ready to go now. Tomorrow night’s it’s on the big stage, live on Channel 5 on free terrestrial TV. I’m feeling strong and I made the weight comfortably so I’m going to perform really well for the viewers. This isn’t going to the judges, I’m not letting that happen again after my last fight.”

Theophane, who came in at 10st 13lb 2oz (153.2lb) said, “I’m really looking forward to a great fight with Sam. It will be a great night of action, live on Channel 5 so tune in to see one of the fights of the year. This fight is not going to points. Theophane to win inside the distance.”

In the build up the show, promoter Mick Hennessy enforced stricter shielding measures for the boxers’ and camps featuring on the card to adhere to and minimise the risk and exposure to the cornavirus. Some of the boxers’ also feature on Hennessy’s event next Friday (18 December) and it was crucial to protect their health to ensure they could still compete on the next event.

NEWS:   Dubois Vs Dinu For WBA Interim Title On June 5

Bouts are subject to change without prior notice.

However, five years on, this industrial tough, crowd pleasing, pressure fighter is still to debut on the world stage. Twice he has squandered lofty world rankings after opting to operate up at 154lbs. In September 2018, with an eliminator with Brandon Rios in the offing, ‘The Savage’ was overwhelmed in just over four minutes in his home city by Tanzania’s Hassan Mwakinyo in a huge upset.

And last time out, having redeemed himself with an audacious second round KO of 31-2 Orlando Fiordigiglio in Florence, Italy, the Smethwick-born father of three conceded his number five listing with the IBF, when narrowly nudged out by south Londoner Ted Cheeseman over 12 in a brutal Fight of the Year contender.

‘It would be very sad if I retired without fighting for a world title, having won the European so young,’ says the softly spoken 28 year old ex-Young Boxer of the Year (2017) who boasts 28 (17)-7 stats.

‘I’ve never really had a plan. I just play it by ear, If the phone rings and it’s a decent opportunity, I always say ‘Yes’.

‘I’d happily fight any of the three current champions (US Charlo twins Jermell and Jermall plus Brazil’s Patrick Teixeira), I’m not picky and half the intrigue would be travelling overseas to make a challenge. Winning abroad would just make the achievement taste even better.’

Trained and managed by Midlands fight face Jon Pegg, Eggington emphatically passed a test of temperament when levelling world rated Fiordigiglio for the full count in Tuscany 14 months ago.

He recalls: ‘Italy was a weird one. It happened in the blink of an eye; flew their Wednesday, weighed-in Thursday, fought Friday, flew back first flight Saturday morning. But had I not gambled, and upset the applecart, it’d have been a long road back.’

Warrior to the core, smasher Sam has never been one to shirk a fighting challenge so few were surprised when he gambled his IBF ranking and International belt against the ever-dangerous Cheeseman.

‘My only regret is the decision. It left a bad taste. The fight went great. I boxed well and I thought I won. I’m not one to moan. I’m always happy to concede if a better man beats me on the night,’ says Sam who joined the profession aged just 18 after being made redundant as a forklift driver.

‘People say it was a fight of two halves but I clearly won two of the first six rounds and at least four or five of the last six.

‘If Ted wins his title shot, I’d love a chance at another British title. In my mind, I’ve beat him once already and I’ll beat him even better if we do it again.’

To force that fight and edge ever closer to the elusive world title crack, the fighter renowned for his raking right hands and incessant body assaults will need to triumph in style against Paddington’s Ashley Theophane – a 40 year old who’s already made it into a world title ring – at the Fly By Nite TV production studio in Redditch on Friday 11th December, live on free-to-air Channel 5. Commendably, the time-proven pugilists are content to debate supremacy in the ring on fight night without the need for pre-fight pretence.

‘If running their mouth makes them feel better, crack on. To me, it’s water off a duck’s back. Slag me off or shake my hand beforehand, you’re still getting bashed up. It’s my job,’ explains Eggington.

‘Me and Ash is a great fight that’ll be eagerly watched on both sides of The Pond (Atlantic).

‘Covid is new to everybody. I suppose it’s a minor advantage having already fought under these conditions but Ashley’s been through the game. It really shouldn’t matter.

‘Like every opponent I face, I’ve honestly never seen Ashley fight, spar, throw a single punch. All opponents look great on the Internet so I never bother. I’ll just go off what my coaches tell me.’

Now into his 29th year, ‘The Savage’ knows there can be no more slips if he is to scale the sport’s summit. He predicts victory will be early and emphatic.

‘I’m told Theophane isn’t a super mover but boxes well – decent jab and left hook. He’s been round the block so, early on, I expect it’ll be cagey with him trying to box. But we’ll have to ‘get at it’ at some stage, and when that happens, I’ll have him out of there,’ warns Eggington who has previously halted top talents such as Johnny Garton (round two), Denton Vassell, Frankie Gavin, Paulie Malignaggi (all round eight) and Ceferino Rodriguez (round 10).

‘I badly need this win. With Ash starting out at light-welter, I expect to be naturally bigger, stronger. He’ll not last against my pressure at his age.’ 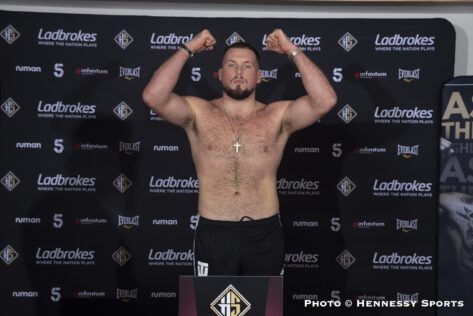 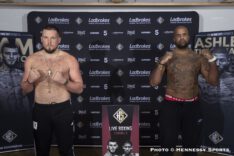 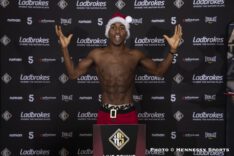 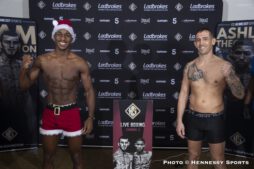 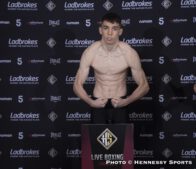 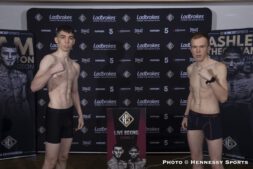 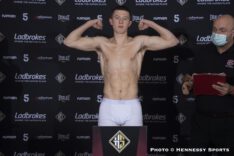 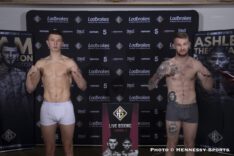 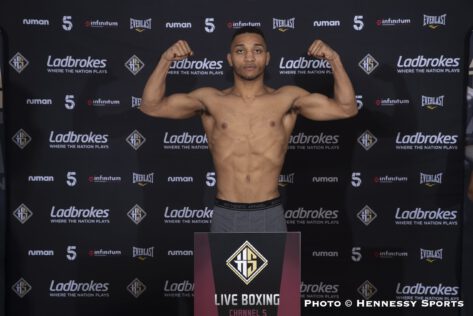 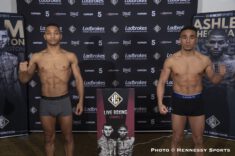 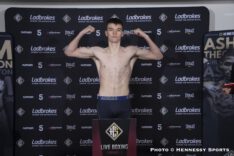 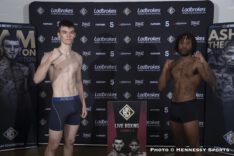 
« Tyson Fury: I won’t be attending Joshua vs. Pulev on Saturday