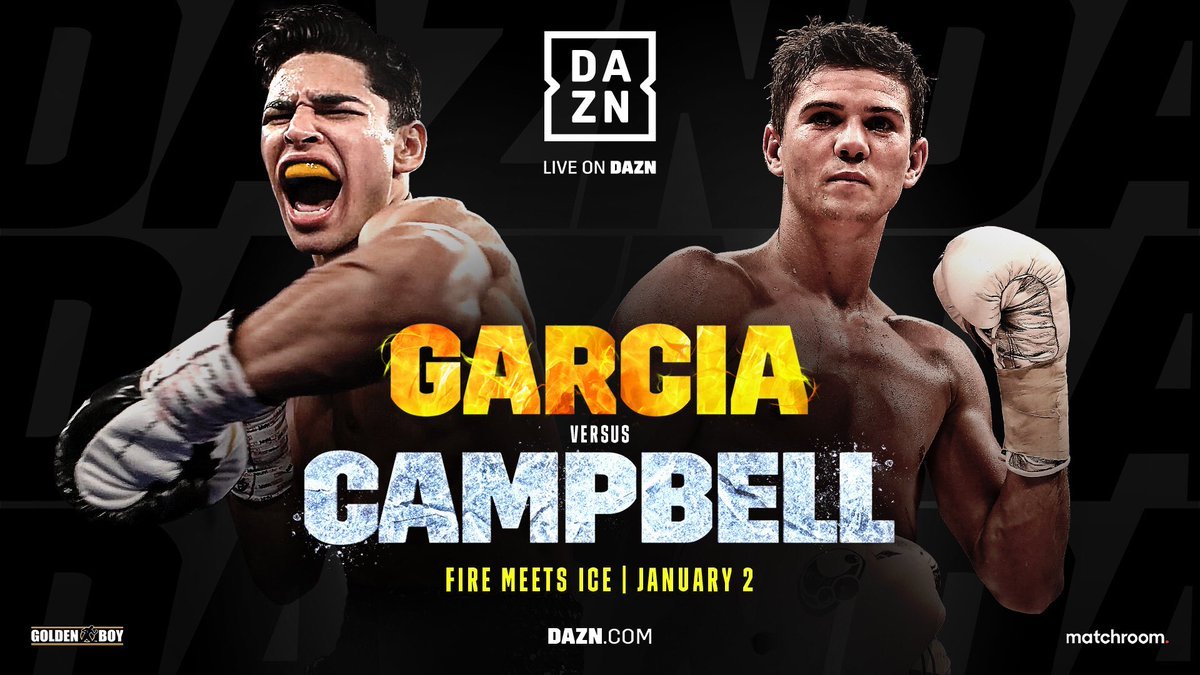 By Jeff Aronow: Next Saturday night, Ryan Garcia will be unleashing his lethal left hook on Luke Campbell on January 2nd, showing whether he’s for real or just another of the many overhyped pretenders in the sport.

Garcia, 22, will be trying to knock Campbell out with his devasting left hook on Saturday when they headline on DAZN at the American Airlines Center in Dallas, Texas.

There’s no question there will be other more competing opportunities than just the fight Haney, who isn’t nearly as well known as Teofimo Lopez, Gervonta Davis, and Vasily Lomachenko.

“I think the winner of Luke Campbell and Ryan Garcia is going to have a really big 2021,” said promoter Lou DiBella to Secondsout. 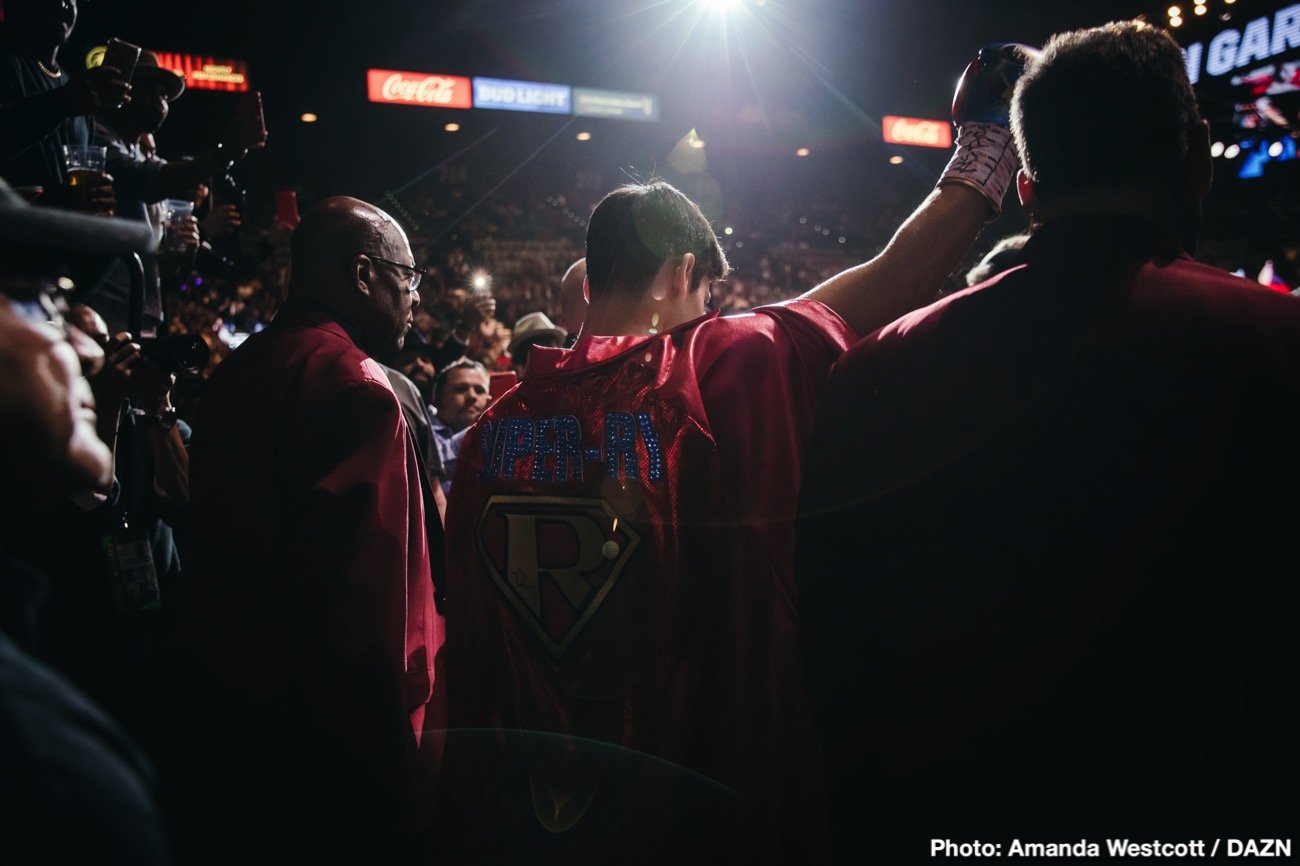 “If Ryan Garcia beats Luke Campbell, and believe me, I haven’t decided yet how I’m picking in that fight.

“But if Ryan Garcia beats Luke Campbell, he’s the hottest commodity of and up and coming fighter, including Vergil [Ortiz Jr]. I don’t care what Oscar [De La Hoya] says about it.

“I know I’m right, and I could see Ryan Garcia or Vergil Ortiz. It’s a matter of competition,” said DiBella.

“He’s been looking really good in this one,” said trainer Shane McGuigan to Secondsout in talking about his fighter Campbell.

“I feel this camp has gone even better than the Lomachenko camp. He’s been completely injury-free, and his weight has been good. Even though he’s 33, his biological age is probably 25.

“He looks fresh-faced, and there’s definitely no miles on the clock. I think he’s a contender now and out of the prospect stage,” McGuigan said about Ryan Garcia’s development.

“He’s knocked a lot of guys out. He knocked Duno out. He looks quite durable. In his last couple of fights, he’s fought guys that have been at lightweight for a while,” McGuigan said of Ryan Garcia.

Ryan has got the punching power to knock Campbell out of this galaxy if he lands his left hook.

That punch is so quick, and he’s able to land it with tremendous power while standing straight up and not bending his knees.

You’d like to see Ryan not stand straight up with his head in the air, but that’s how he fights. He’s gotten away with it thus far with the opposition Golden Boy has matched him with.

Golden Boy has made sure that King Ryan didn’t fight anyone too though that would have skills and physical strength that he wasn’t prepared for.

“He’s put on some good performances. And he’s linked up with [trainer] Eddy Reynoso as well, and he’s definitely a dangerous challenge,” McGuigan continued about King Ryan.

“I personally think it’s come too soon for Ryan Garcia. He’s been fed guys that he was more than capable of beating, and he hasn’t had a real acid test yet.

“This is going to be a thinking fight. You’ve got to keep concentration for a long time.

“That’s something Luke is really good at in taking your shots away from you and making guys switch off. And when they switch off, he picks up the rounds,” McGuigan.

What McGuigan is saying about it being too soon for Ryan Garcia is exactly what most boxing fans, fighters, and coaches are saying.

They don’t believe the 22-year-old Ryan has enough experience fighting a guy with the pedigree of Luke Campbell.

Ryan’s short abbreviated amateur career didn’t let him see fighters with Campbell’s ability, and he, of course, hasn’t fought anyone with his talent as a pro.

McGuigan thinks Ryan should have fought 35-year-old Jorge Linares first to get him ready for Campbell. Golden Boy had planned on matching Ryan against Linares earlier this, but instead, he fought Francisco Fonseca.

Linares shared the card with Ryan Garcia on Valentine’s Day on February 14th, and he wiped out one of his former opponents in Carlos Morales in knocking him out in the fourth round.

Ryan struggled to beat Morales by a controversial 10 round majority decision in 2018.

To say that Linares did a better job of beating Morales than Ryan did is an understatement.

“I’m not sure but Ryan looks like he’s got a bit of ADD [Attention deficit disorder] busy and can’t concentrate,” said McGuigan. 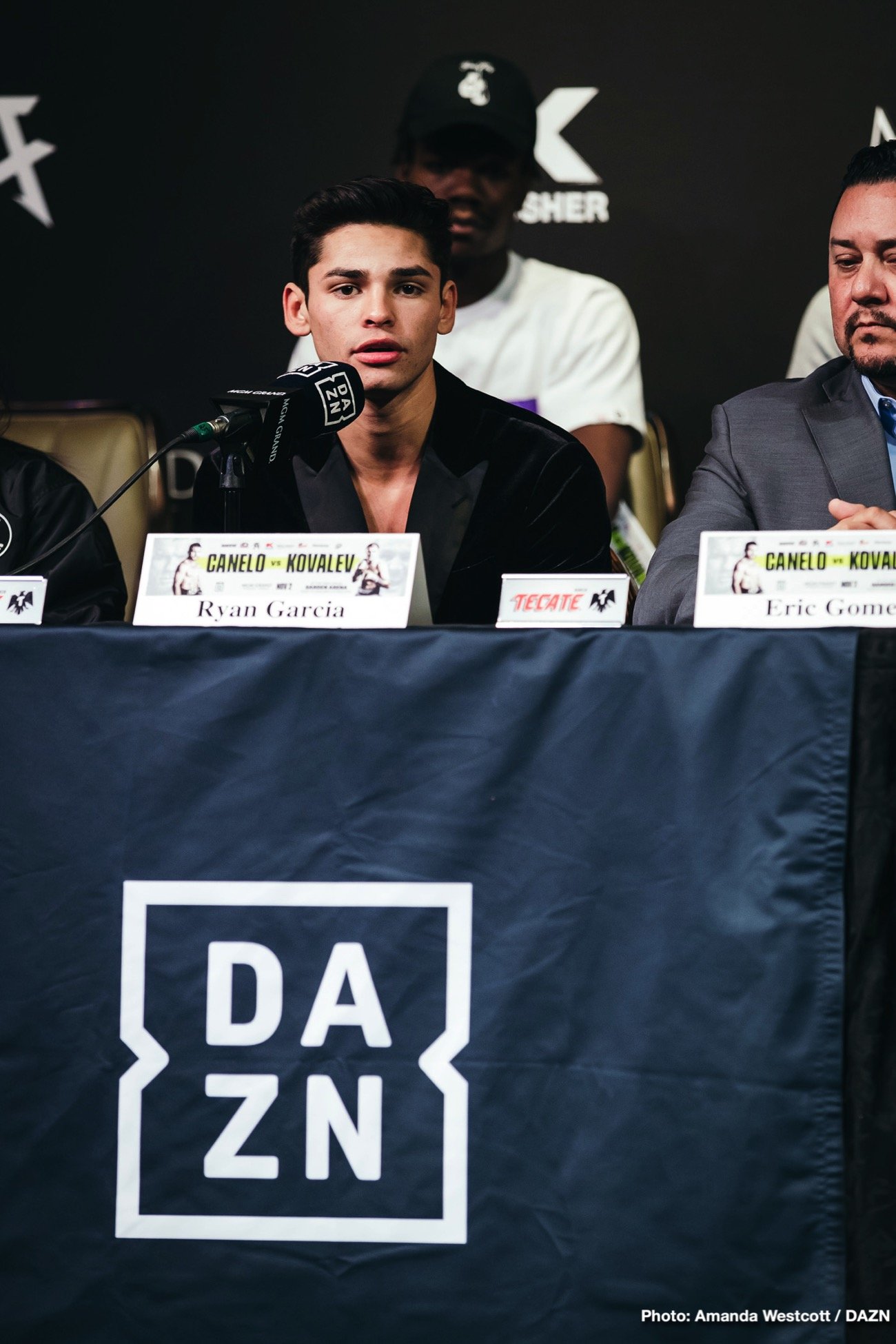 “After three or four rounds, he’s out of ideas and is in a dark place with Luke Campbell because Campbell can hold focus. He builds on rounds as it goes on.

“I think he’s a talented kid [Ryan Garcia], but I’m not sure that he’s got the mindset yet,” said McGugan about Ryan.

“If I was Garcia, I would have chosen [Jorge] Linares. His best days are behind him.

“He’s fast, he’s got decent pop, but he does have his vulnerabilities. Linares obviously beat Luke on a split, but I still feel that was Luke’s big test at that stage.

“He’s linked up with me ever since, and I feel he’s getting better all the time,” said McGuigan.

Campbell’s trainer McGuigan has seems to have watched a lot of Ryan’s past fights to have noticed that he has a short attention span and is easily distracted.

Saying that Ryan has Attention deficit disorder, which is something that is diagnosed is diagnosed by doctors, is stretching beyond reality. But if McGuigan has seen things in Garcia that he believes in characterizing a person with ADD, that’s his view.

These are some of the symptoms that McGuigan may be focusing on with Ryan that makes him believe he has problems concentrating:

For Ryan’s sake, he needs to concentrate when he gets in there with Campbell because he’s facing an intelligent fighter.

This isn’t another fodder-level fighter that his promoters at Golden Boy have dug up for him to showcase his talent to the casuals.

The World Boxing Council are the ones that ordered the Garcia vs. Campbell fight, and they did it because