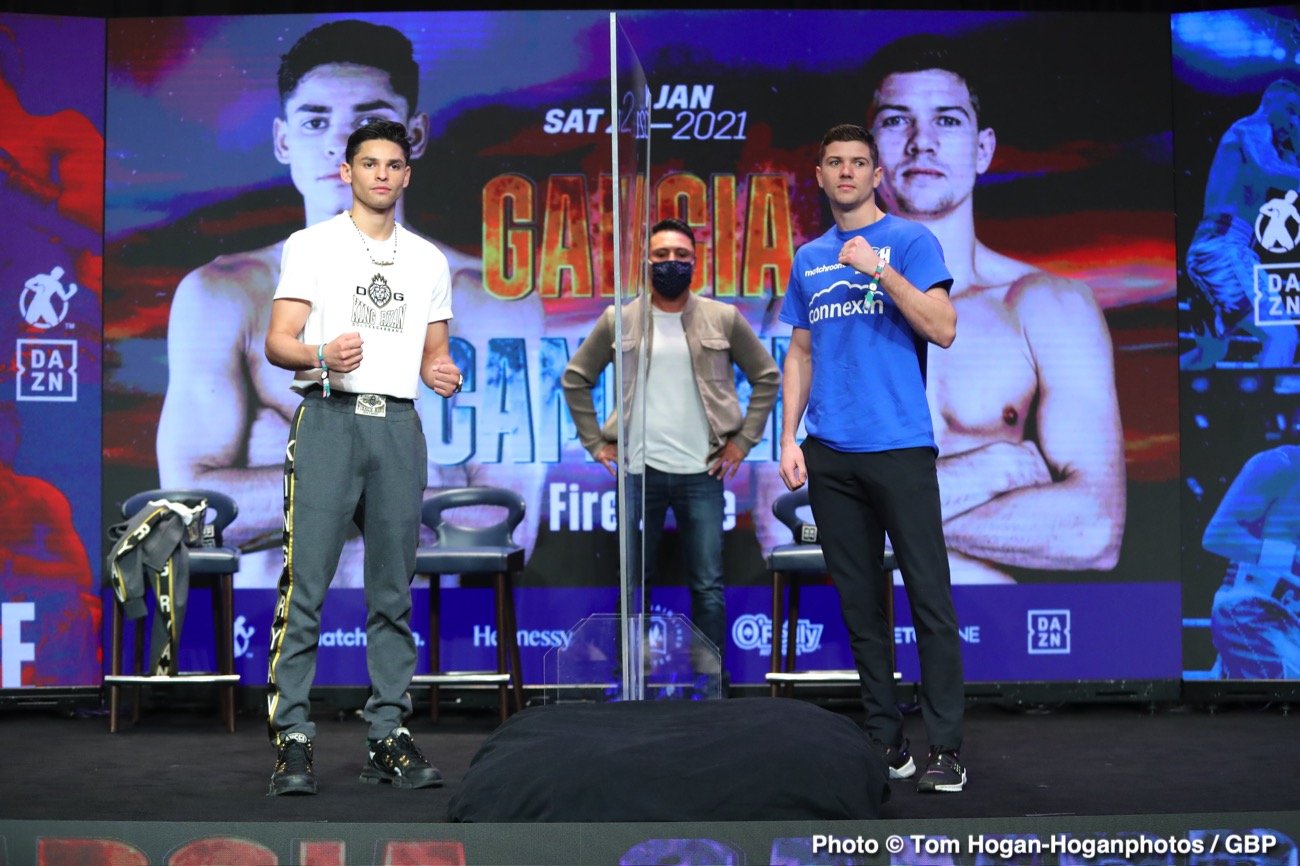 Ryan Garcia (20-0, 17 KOs) and Luke Campbell (20-3, 16 KOs) hosted their final press conference today in Dallas, Texas, ahead of their 12-round showdown for the interim WBC Lightweight Championship.

They were joined by undercard fighters from the event, including world champions Rene Alvarado (32-8, 21 KOs) and Felix Alvarado (35-2, 30 KOs), and many others.

On Jan. 2, 2021, the fight will take place at American Airlines Center in Dallas and will be streamed live exclusively on DAZN in more than 200 countries and territories, including the U.S., Mexico, and the UK.

Below is what today’s main event participants had to say at the press conference:

“I wanted this fight after Francisco Fonseca. When it was offered to me for the interim title, I thought my dream was finally coming true. I’ve always said he is a good fighter. 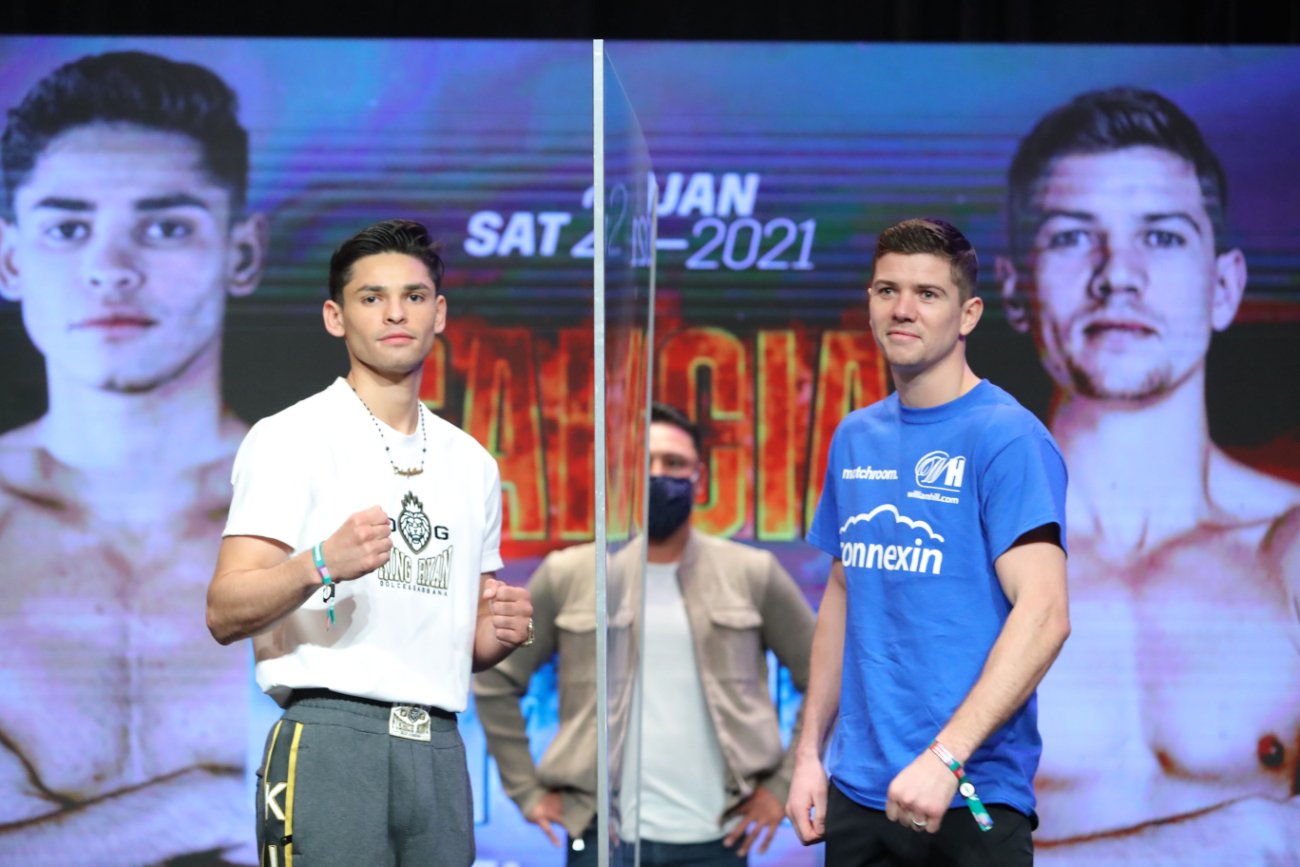 I never said he wasn’t a good fighter. But I just know that with my skills and my training, I will be victorious.”

“I’m confident because I want to prove that I am the best in the division. From what I have seen, he is good. He is fast. He’s got good skills. But I believe in myself. My strategy is to win by any means possible, and I’m going to be the best version of myself.” 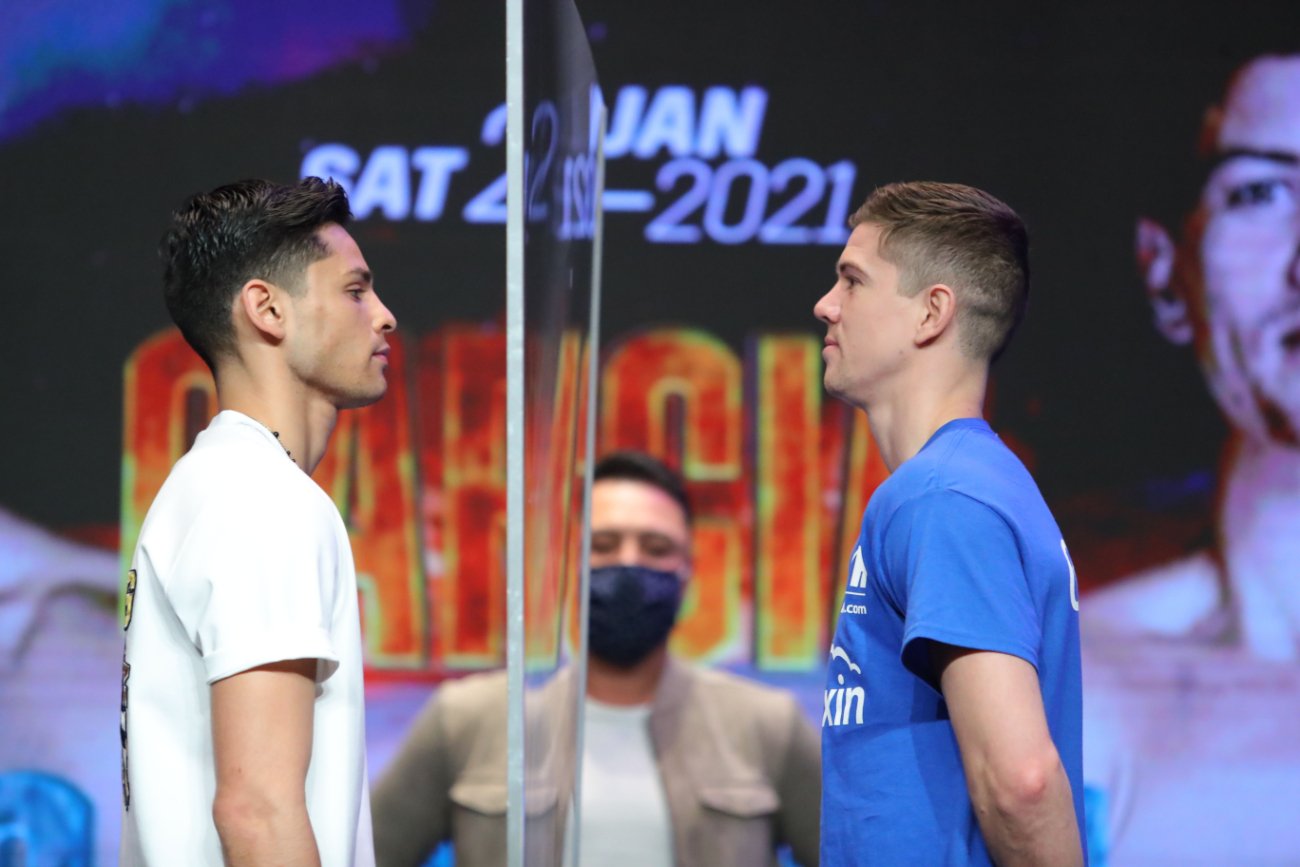 “Tune in Saturday night. I’ve come to fight. This is going to be a fantastic fight. We are two of the best lightweights in the world, and it will be a fantastic battle.”

“I see what I’ve always seen in Ryan: an incredibly gifted, wildly charismatic fighter who never takes his foot of the gas in training or in the ring on fight night.

I also see a fighter with an incredible appreciation of and admiration for the sport. When he’s not fighting or training, he’s watching film or going to other fights.

The kid eats, sleeps and breaths boxing. At the same time, at a really young age, Ryan has an understanding of marketing that only a handful of fighters ever truly achieve.” 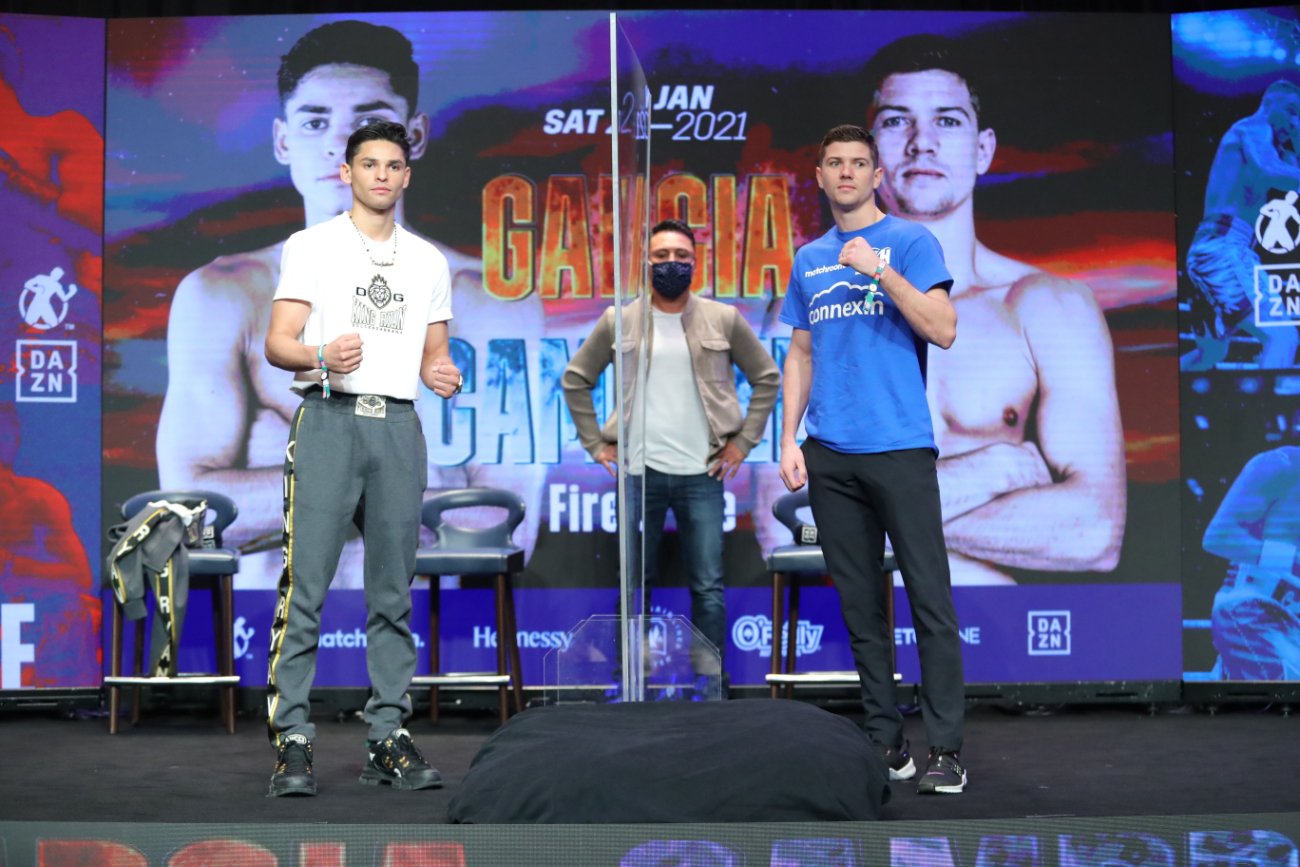 “We live in an era when fans can feel closer to their heroes than ever before through the development of social media.

Ryan engages with those fans and has grown a following that is close to unrivaled in the sport. You put all these things in a package, and what you end up with is a fighter who is primed to crossover and become an international superstar.”

Garcia vs. Campbell is a 12-round fight for the interim WBC Lightweight World Championship presented by Golden Boy in association with Matchroom Boxing.

The fight will occur on Jan. 2, 2021 at American Airlines Center in Dallas and streamed exclusively on DAZN in more than 200 countries and territories, including the U.S., Mexico,o and the UK. Doors for the event open at 1:00 p.m. CST.