By Barry Holbrook: Jermall Charlo says he’s willing to go up to 168 to face Canelo Alvarez for a big fight in 2021. Although the unbeaten WBC middleweight champion Charlo (31-0, 22 KOs) initially said Canelo has to come down to 160 to face him, he quickly reversed himself and said he’d come up to 168 to face the Mexican star.

It’s a good thing that 12-year professional Charlo quickly came to his senses and realized that he’s not the A-side because he’ll never get the fight with Canelo if he sets up conditions.

As big as the 6’0″ Jermall is, he should have already moved up to 168 in 2019 because he’s been ignored by Canelo and Gennadiy Golovkin. Charlo has been wasting his career fighting fluff opposition repeatedly on Showtime Boxing and missing out on the bigger fights.

While Charlo did a better job of beating Derevyanchenko than Golovkin did in his victory over him in 2019, it was still far from an easy fight. Charlo took a lot of punishment from Derevyanchenko, and he knew he was in a fight at the end. 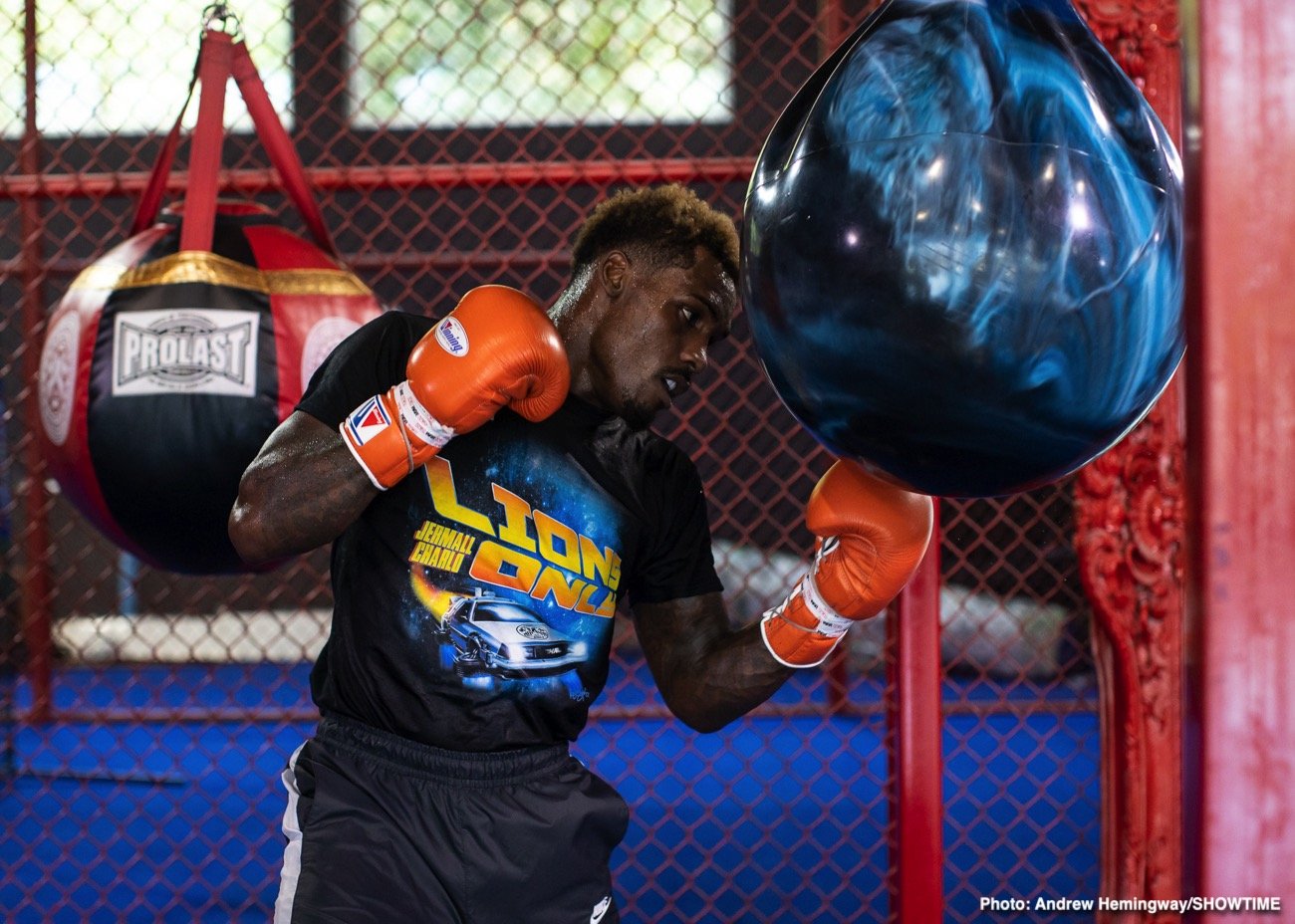 Canelo hasn’t mentioned Jermall Charlo as being part of his plans beyond him unifying the 168-lb division.

The initial plans are for Canelo to spend the better part of 2021 unifying the 168-pound division by taking on champions Billy Joe Saunders and Caleb Plant.

There’s a possibility that Canelo will fight three times in 2021, and if that’s the case, he’ll likely either face his WBC mandatory Avni Yildirim or a trilogy match against Golovkin (41-1-1, 36 KOs).

Charlo will have to move up to 168 and make himself relevant by fighting guys like David Benavidez, Edgar Berlanga, Callum Smith, and Bektemir Melikuziev.

Jermall is arguably stunting his career by staying at 160 and defending his WBC title against no fighters like Brandon Adams, Dennis Hogan, Matt Korobov, and Derevyanchenko.

A couple of years ago, the 168-lb division was a dead weight class with non-popular fighters, but that’s changed with Canelo moving up. Golovkin will likely soon be going up as well. Daniel Jacobs already made a move as well.

“Canelo, listen to me, look at me right quick,” said Jermall in sending a direct message to Alvarez and his boxing fans. “I never got a contract from Oscar De La Hoya, and I never got a call.

“I played along with it. They make you relevant. I never got a contract from none of them. I never turned down a contract. Get the f*** out of here. We’re not scared of nobody.

“America needs a new champ. Y’all still on that old s***. Canelo ain’t never gave me no contract,” Charlo continued. “I never ducked Canelo, and I would never do no s*** like that.

“Why would I duck a fight with Canelo? Y’all stupid is f***. You know why they hate me,” said Jermall without explaining why he’s supposedly hated. 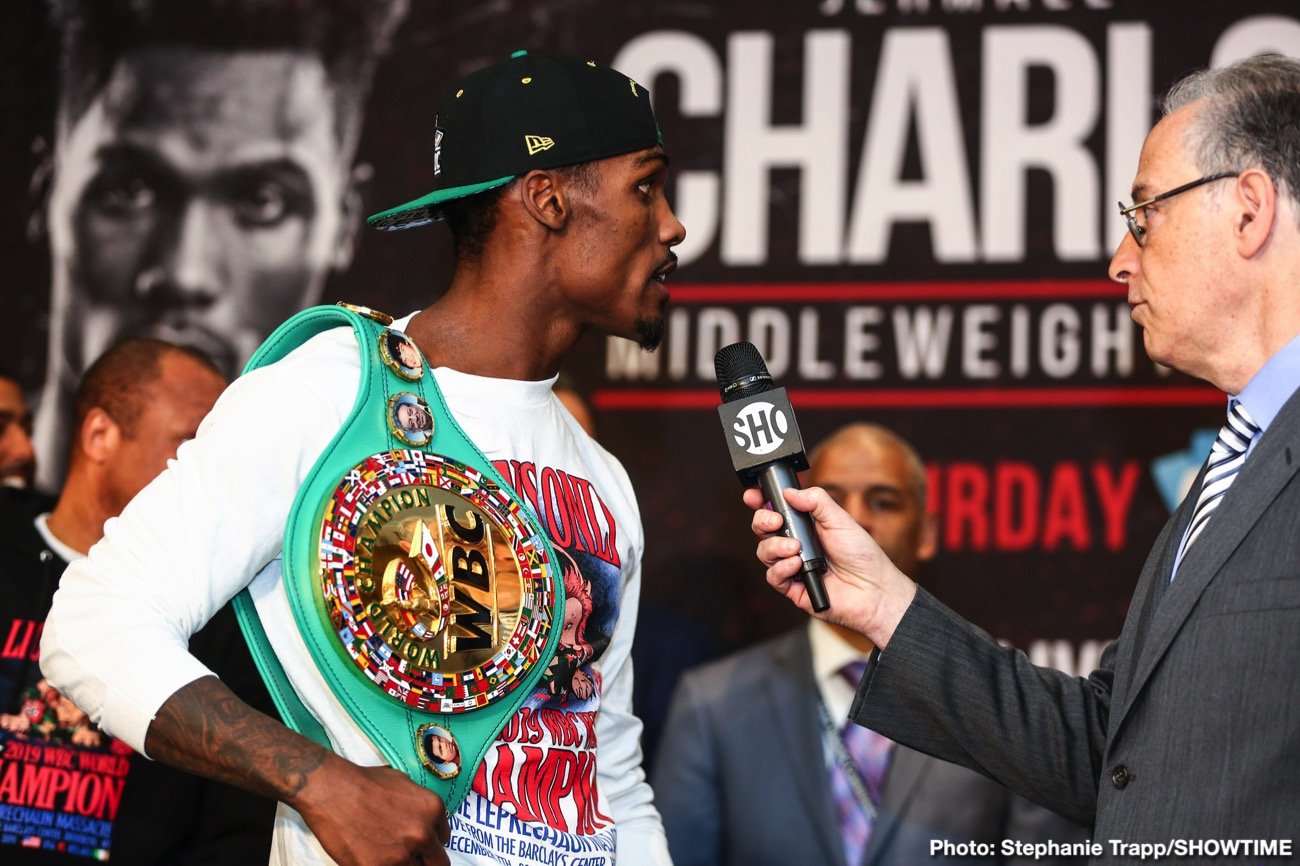 If Charlo never did receive a contract from De La Hoya for a fight against Canelo, he should have told the media about it a long time ago. The perception a lot of boxing fans have is Charlo ducked the Canelo fight.

Charlo is getting good money from Showtime and PBC to face lackluster opposition, and he may not have the ambition to go up to 168 to take risky fights.

« Who is next for Canelo Alvarez?