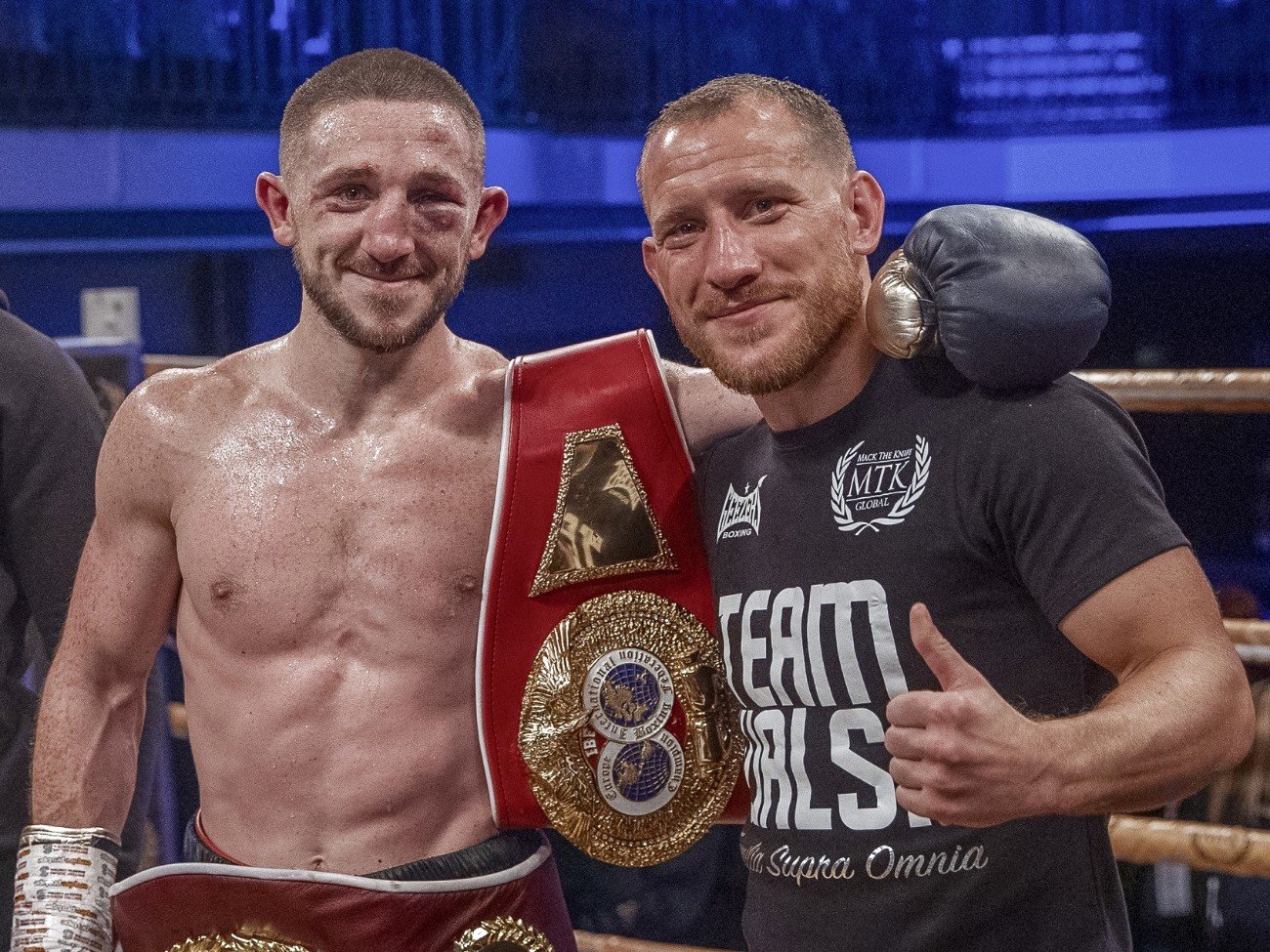 Jazza Dickens knows that the rewards on offer in the #GoldenContract final can change his life – ahead of his long-awaited battle with Ryan Walsh on Wednesday. 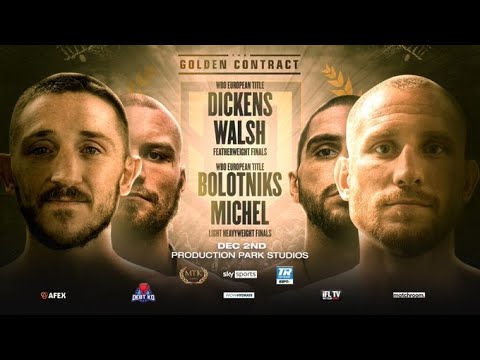 The fight is highly-anticipated within boxing, with the bookies are struggling to split the two fighters, and Dickens is excited about the prospect of what can come with a victory over Walsh.

Dickens said: “A win here leads to happiness, health and wealth. My mindset has changed a lot. I’m grateful to god for this opportunity and I thank him for giving me the strength to fight.

“I can’t wait for this fight, and it’s been a long time coming after it was pushed back in September. Me and Ryan both want the fight more than anyone and we took a blow on that day when it was called off.

“We spoke briefly over the phone about it, as we both shared a common loss, but now it is finally here and I’ll take this opportunity.”

Jazza Dickens feel the extra two months of training has allowed him to reach even bigger heights ahead of his #GoldenContract final with Ryan Walsh.

The two men were originally due to meet in September, before a positive COVID-19 test for Dickens forced the bout to be delayed, but the Liverpool man has remained upbeat throughout and feels having more time to prepare has paid off.

“It was a testing time but a great time for me in my personal relationship with god. The past two months have been fantastic as I’ve spent a lot of time with my coaches Georgie Vaughan and Derry Mathews.

“We’ve had another brilliant training camp, and I must thank all of my sparring partners for their help over the last few weeks.

“It’s nice to be active, and the continued training camps throughout the year have kept me in great shape both physically and mentally. I can’t wait for this fight.”

Ryan Walsh has opened up on how his twin brother Liam helped him through the past few months – ahead of Ryan’s showdown with Jazza Dickens in the #GoldenContract final next week.

The Walsh brothers have been synonymous with boxing for a number of years, and Ryan explains how Liam was there for him when the fight with Dickens was postponed back in September.

Walsh said: “I’m lucky and grateful that I have the foundations I have. When I got the news back in September that the fight was off when Jazza tested positive for COVID-19, stood right beside me was my twin brother Liam.

“He was there with me to help me through and I owe a lot to him. I’ve had different things happen to me in boxing and have been experience with bad luck and misfortune, but Liam has been there. I’m a positive person and he’s helped me to stay positive over the last few months.

“I’m relieved, overjoyed and over the moon that the fight is nearly here. It’s almost fight week, and I’m glad to be in a position where I’ll be fighting again. I’m one of the lucky ones who gets to fight twice in this crazy year, so I’m very pleased.”

Walsh said: “I’ll win at all costs and perform. It has been nine months since the last fight and I’m ready to enjoy the moment. This fight means everything to me. All I’m focused on right now is Jazza Dickens.

“There are big fights out there, but I refuse to think about any of that. If I take my eye off Jazza for one second, I’ll be disrespecting myself and him. The future will be what it is, but right now it’s about the present and that’s this fight tonight.

“I’m completely ready. The only thing I was worried about this week was the COVID test because of everything that happened with Jazza last night, but now that everything is fine, I’m very pleased that this fight is here.”

The highly-anticipated #GoldenContract finals will occur at Production Park Studios in Wakefield on Wednesday, 2 December – featuring the rescheduled featherweight final between Jazza Dickens and Ryan Walsh.

The clash between Dickens (29-3, 11 KOs) and Walsh (26-2-2, 12 KOs) was originally set for September 30 before a positive COVID-19 test for Dickens postponed the fight the final now confirmed for December. Dickens will also defend his WBO European featherweight title in the bout.

Dickens defeated Leigh Wood by majority decision in the semi-final to move into the final, while Walsh earned a unanimous decision victory over Tyrone McCullagh.

Bolotniks progressed to the final with a unanimous decision win over Hosea Burton in the semi-final, and Michel picked up a fourth-round stoppage victory over Liam Conroy.

MTK Global Vice-President Jamie Conlan said: “We are finally at the grand conclusion to our Golden Contract tournament.

“In the light-heavyweight final, we have seen both boxers get better with each progressing round. Both have come in under the radar, with Bolotniks beating the tournament favorite Hosea Burton in Latvia.

“Serge Michel then had a tournament-best performance by destructively stopping Liam Conroy. Both have shown this fight can be explosive and end at any time, so expect fireworks.

“The Ryan Walsh vs. Jazza Dickens postponement has only added to the anticipation of what many in the trade are calling a genuine 50/50 and one of the best all-British fights to be on the 2020 schedule. A fight where the winner will be directly in line to fight for a world title.”

Further news on the #GoldenContract event, including undercards fights, will be announced in due course.