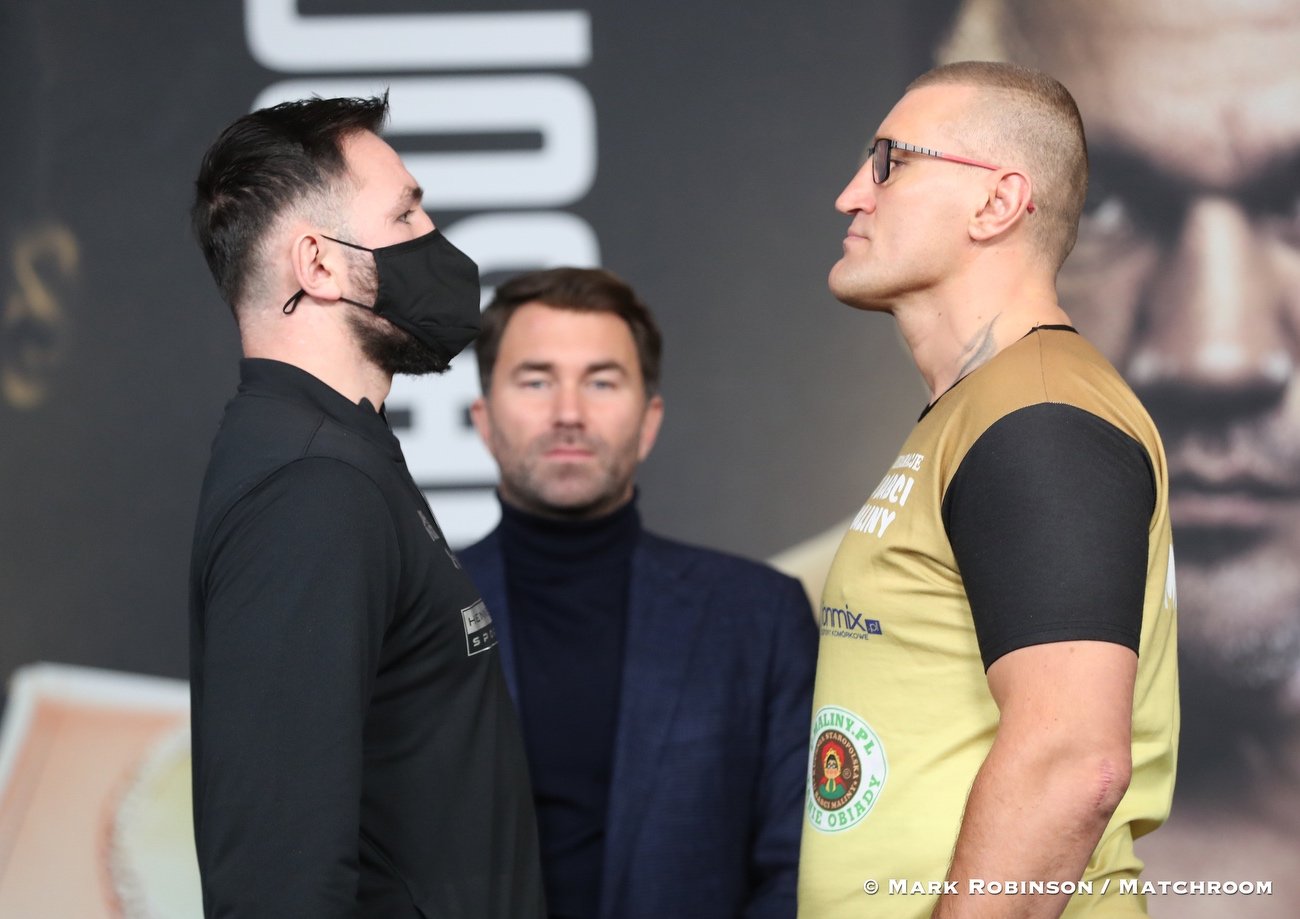 By Scott Gilfoid: Hughe Fury weighed in at a career-high of 247 1/4 pounds on Friday for his 10-round scheduled fight against veteran Mariusz Wach on Saturday night at the SSE Arena in London, UK.

Hughie was sporting a visible paunch, and he resembled a non-athlete in appearance, like someone that trained on donuts, cakes, and candy bars.

To show you how out of shape Fury is, just last year, he weighed 224 lbs for his fight against Alexander Povetkin which Hughie lost by a fairly wide 12 round unanimous decision, but he did a heck of a lot better than fellow countryman Dillian Whyte against the Russian fighter.

The 26-year-old Hughie (24-3, 14 KOs) could be asking for trouble in coming in so heavyweight for this important fight, but at least now he’ll have an excuse if he loses. If Hughie gets beaten by the towering 6’7″ Wach, he can always blame it on his weight.

The 40-year-old Wach (36-6, 19 KOs) looked in far better condition in weighing in at 274 1/4 pounds, which is the same weight he came in for his impressive 10-round unanimous decision victory over Kevin ‘Kingpin’ Johnson on June 12th.

Hughie wants to get a “few rounds” out of Wach

“Wach is a tough opponent. Hopefully, we can get a few rounds out of him,” said Hughie Fury. “There were other opponents [considered before Wach was selected], but I never paid attention to any of them. ‘Get me out,’ is what I said. 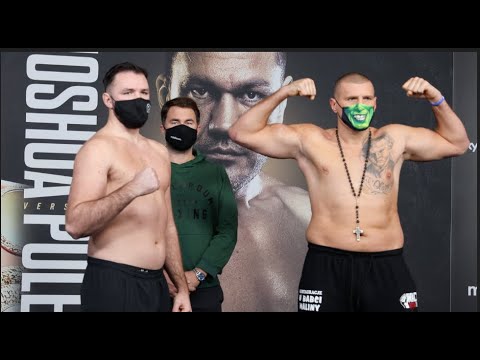 “It’s good to be out. If this didn’t happen, it’s more aggravating and just carry on training. It’s nice to have that release.

“The main thing is to get past Wach, and then get some good fights going on,” Hughie Fury said when asked what his plans are for 2021.

“Whatever puts me back at the top. I’ve done the experienced fights when I was younger, so I’m ready for these [bigger fights], as I believe I belong at the world level. Come Saturday night, you’ll see,” said Hughie, who doesn’t appear to realize his career has imploded due to too many defeats.

Fury constantly droning on about how he belongs at “the world level” is starting to wear thin because he’s failed repeatedly when he’s been put in the position where he needed to prove himself worthy of being at the top.

I mean, having the Fury last name can only carry you so far if you’re unable to win against world level opposition. 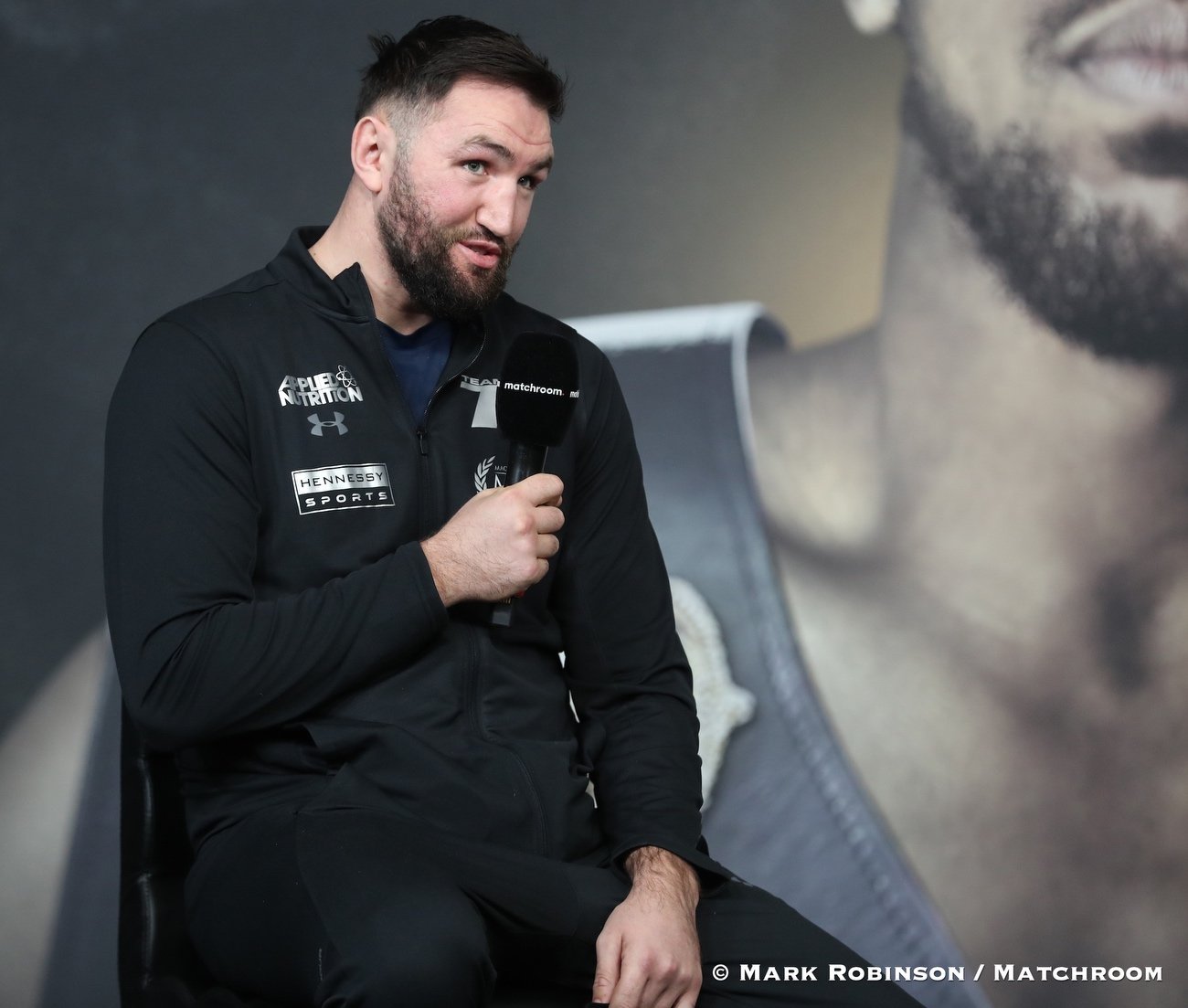 Hughie’s midsection showed that he either ate too much or didn’t put in the training that he needed to.

In Hughie’s previous fight this year in March, he weighed in at 238 lbs and looked fit for his low-level match against Pavel Sour in Manchester.

Hughie needs a win to get back into the top 15

All four of the sanctioning bodies have removed Hughie from their top 15 following his loss to Povetkin in 2019. Gilfoid isn’t sure whether Wach is a good enough opponent for Hughie to get back into the top 15 if he wins on Saturday night.

The big Polish fighter isn’t ranked in the top 15 either, so it doesn’t make sense for Hughie to be given a top tier ranking off of a win over him,.

For sure, Hughie hasn’t helped himself by fighting just once since his loss to Povetkin, and choosing Pavel Sour as his opponent rather than a contender. But as bad as Hughie has looked, you can understand why Sour was chosen for him.

What’s interesting is how similar the 40-year-old Wach and the 26-year-old Hughie look in terms of their ages.

I mean, Wach is 14 is years older than Hughie, and yet both guys look around the same age physically. What this shows is chronological age for a person means nothing. 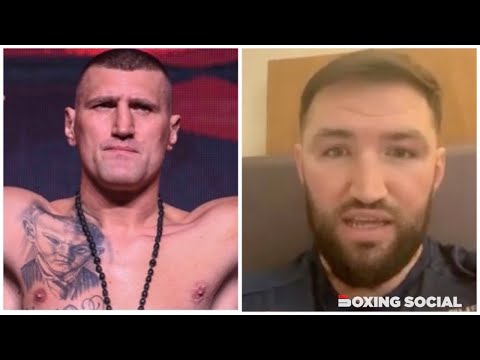 Hughie is living proof of that. Either Wach is aging backward like Benjamin Button, or Hughie has accelerated decrepitude. At this point, Hughie doesn’t have too much time for him to try and worm his way back in the top 15, as he’s aging rapidly.

I’m picking Wach to beat Hughie by a one-sided 10 round unanimous decision on Saturday night. Hughie’s wide midsection is going to make Wach’s job that much easier, but that’s not why he’s going to win.

Wach is just an all-around better fighter than Hughie, with far superior offensive skills and a toughness that he could only dream of having.

Hughie is too much of a runner and clincher for him to beat Wach, and that’s something that can’t be changed no matter who trains him.

A loss for Hughie against Wach will be a clear sign that he doesn’t belong at the world level, and he should no longer strive to get back there.

Heck, Hughie never deserved to be ranked in the top 15 in the first place because he beat anyone good enough for him to be given the high rankings by the IBF and WBO.

I would say that Hughie should retire if he gets beaten by Wach, but with his Fury name, he can still carve out a good living fighting second-tier guys.

There’s talk about Hughie fighting former cruiserweight champion Marco Huck next if he wins against Wach.

Even though the 36-year-old Huck is completely shot at this stage in his career and doesn’t belong in the heavyweight divison, he still has more talent than Hughie. If Hughie takes that fight against Huck, he’ll likely lose.

“I think it’s going to be a good fight,” Hughie said of the Anthony Joshua vs. Kubrat Pulev match in the main event on Saturday. “With Pulev, you can’t underestimate him.

He’s got a good jab, and I think he’ll give Joshua problems early on, especially if he gets his jab off. But obviously, age catches up to you. When he [Pulev] fought me, I was cut in the third round, but I felt he was tiring towards the eighth.

“I wobbled him in the seventh or eighth rounds. I think that’s where Joshua will do the most damage. But as I say, you can’t underestimate Pulev, it’s going to be a good fight. 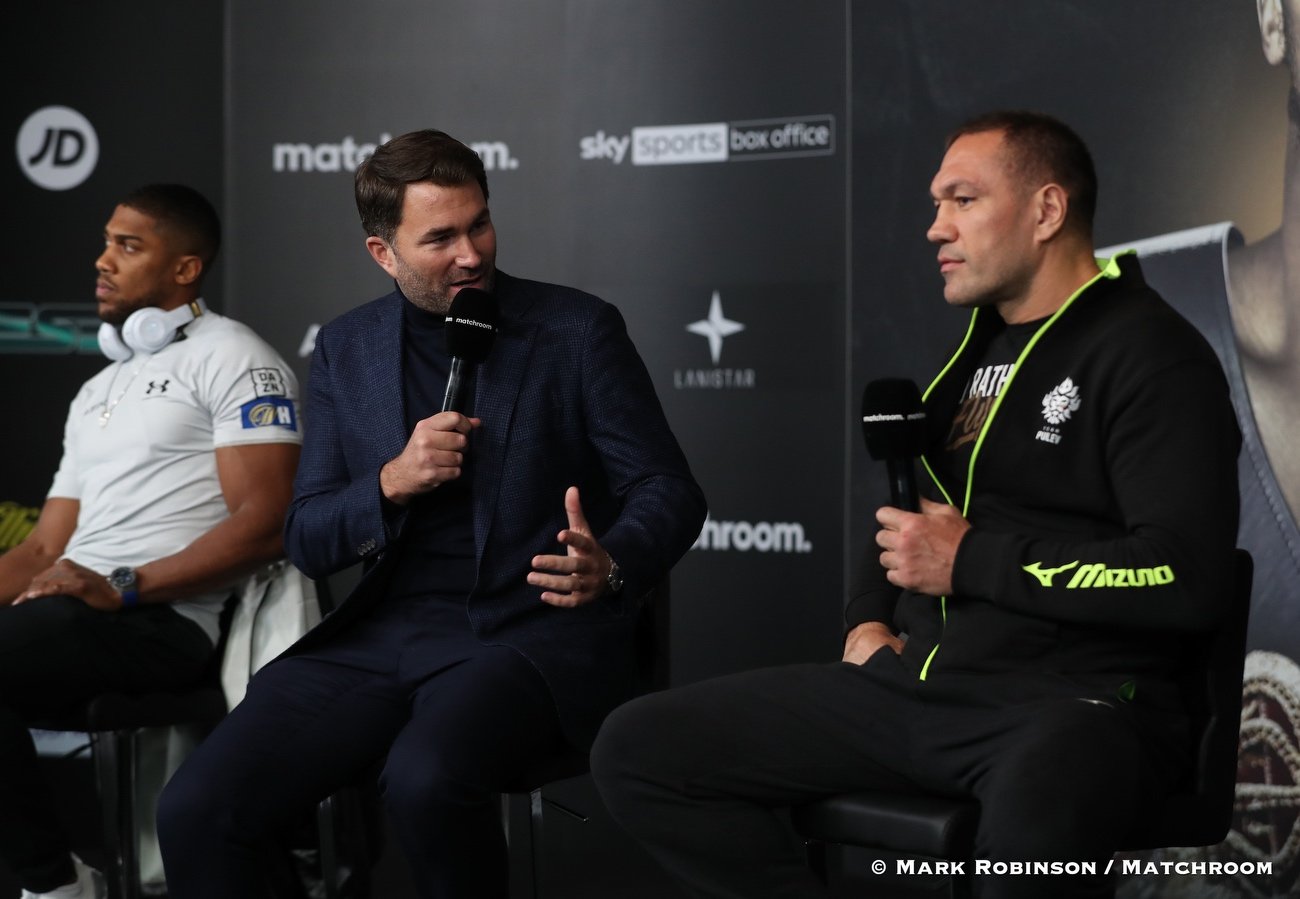 “100%, Pulev is hungry and he generally believes he’s going to beat him. Just stay tuned on Saturday night, I can’t wait to put on a show,” said Hughie Fury.