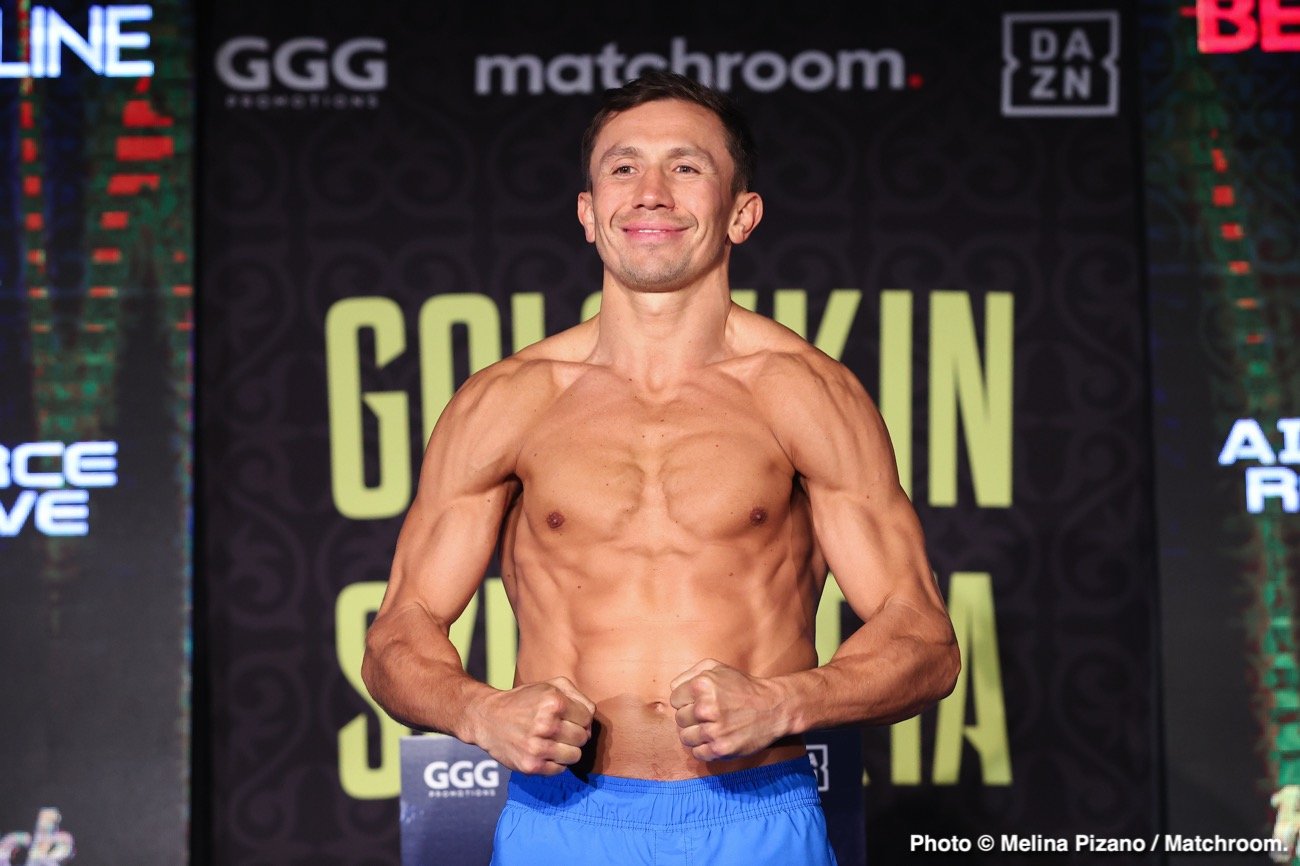 By Barry Holbrook: Gennadiy ‘GGG’ Golovkin weighed in at a healthy-looking 159.2 pounds on Thursday for the title defense of his IBF middleweight belt against his mandatory challenger Kamil Szeremeta (21-0, 5 KOs) on Friday night on DAZN. The main card will begin at 5:00 p.m. EST with Golovkin and Szeremeta expected to make their ring walks at 8:00 p.m. EST.

#1 IBF Szeremeta weighed in at 159 pounds and looked like he was ready to fight on the sport. You could tell from the 31-year-old Szeremeta’s appearance, he’s not going to rehydrate much overnight. 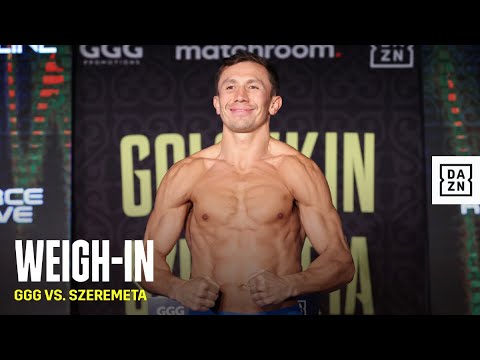 GGG and Szeremeta will be headlining on Friday at the Hard Rock Hotel in Hollywood, Florida.

This is Golovkin’s first defense of his newly won IBF middleweight title, which he captured 14 months ago in beating Sergiy Derevyanchenko in October 2019.

GGG had a lot of trouble winning that fight against ‘The Technician’ Derevyanchenko, and he was fortunate to get the nod from the judges. Golovkin will need to fight a lot better on Friday night against Szeremeta if he wants to hold onto his IBF 160lb strap.

Whether it was age, problems with the weight, or simply Derevyanchenko having a great game plan, Golovkin can’t afford another off-performance like that if he wants to beat Szeremeta.

Additionally, Golovkin will be making his 21st career title defense, and that’s something that he’s proud of. The record hasn’t resonated with the boxing public, who don’t see it as a great accomplishment given that the title defenses weren’t consecutive.

Golovkin lost his middleweight titles to Canelo Alvarez in 2018, losing a 12 round majority decision.

Boxing fans aren’t excited about Golovkin’s choice of opponent in Szeremeta. For that reason, GGG’s frequent comments about him looking to break the record for title defenses haven’t impressed anyone.

They see Golovkin as cherry-picking by facing Szeremeta, a fighter they’ve never heard of, and who has an incredibly weak resume.

Fans would have preferred for Golovkin to vacate his IBF title and move up to 168 to take on the likes of Canelo Alvarez, Billy Joe Saunders, Caleb Plant, Callum Smith, or David Benavidez.

Golovkin’s decision to stay at 160 and defend his IBF title against a no-name opponent in Szeremeta is seen as a sign of weakness by boxing fans.

Golovkin (40-1-1, 35 KOs) looked a lot better today at the weigh-in compared to on the previous day for the final news conference on Wednesday. He was looked ill at the time, tired, and with eyes with dark circles underneath.

GGG didn’t use his interpretation today, which was a good thing, because he doesn’t need one. He speaks good enough English without an interpretation, and his personality has helped make him popular. 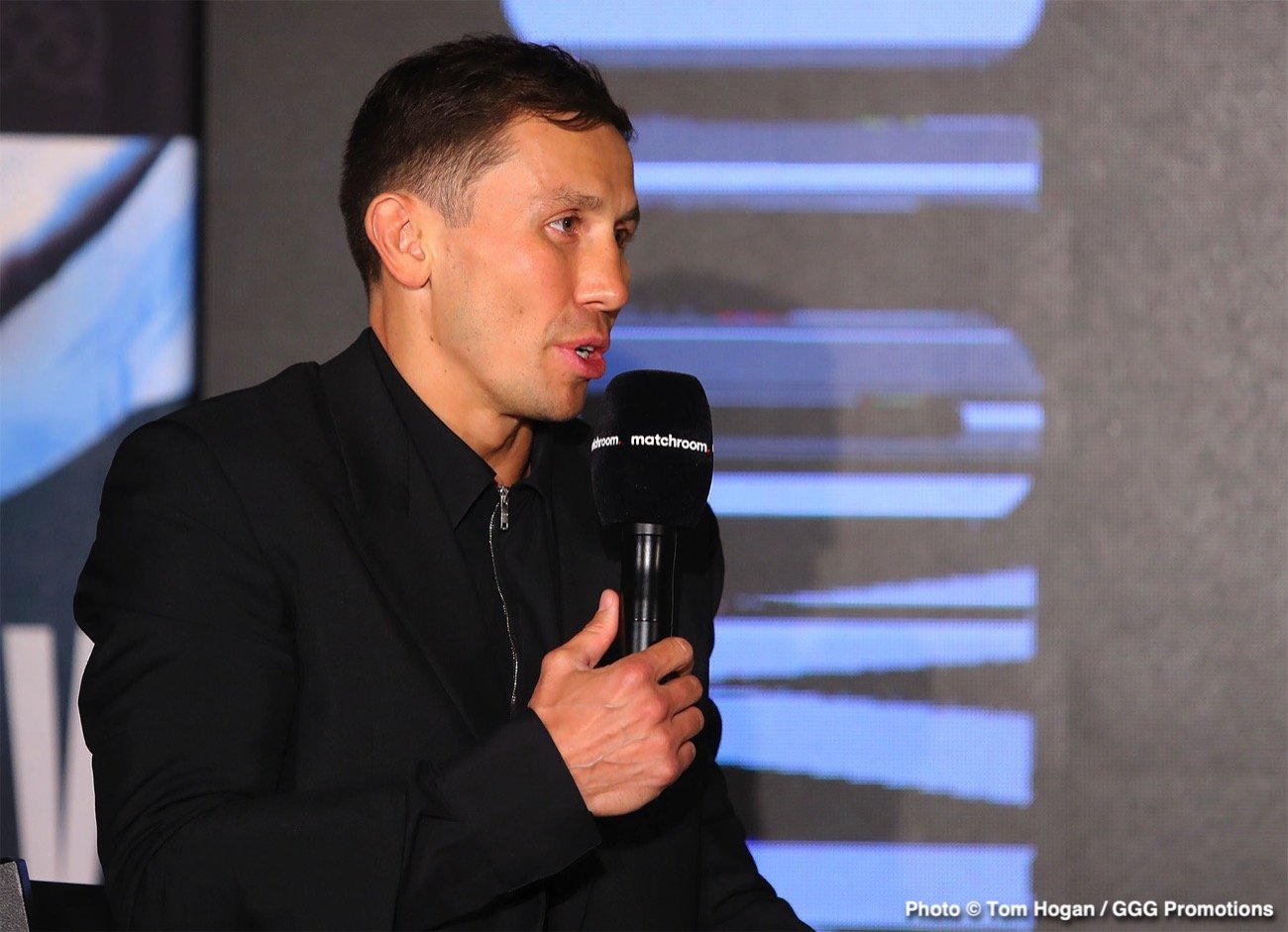 Today, Golovkin was smiling, laughing, and looked like his old self. Hopefully, Golovkin forgets about using his language interpreter during the post-fight news conference on Friday evening.

Guys like Golovkin and Canelo speak good enough English to give interviews without needing someone to interpret what they’re saying. It takes courage obviously to give interviews in a language that fighters aren’t fluid with, but they need to do it if they want to connect with their U.S boxing fans.

“Thank you for Szeremeta team. These guys are ready for a good fight, a good event. Why not? I know we had a good time for good preparation. Maybe we’ll show the best show for this year. 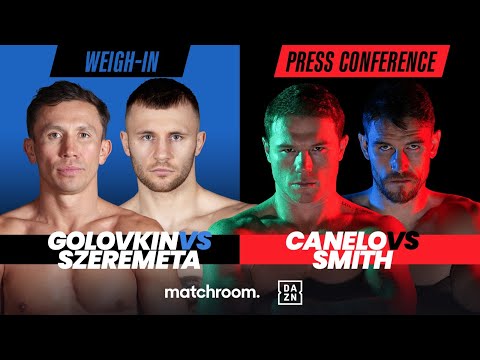 “Every fight is different, the last fight is the last fight,” said Golovkin in commenting on his last contest against Sergiy Derevyanchenko. “Right now, it’s a different story.

“I have the experience,” said Golovkin when asked if he’s going to be the ‘seek and destroy GGG or the more patient GGG?’ “Right now, I’m more smart. If you give me a chance, of course, maybe the fight is short.

“If he stays focused and stays serious, then we both have a lot of problems. Come on, guys, this is boxing. Don’t miss this fight. We promise to bring you a beautiful show. Okay, we’ll see you Friday night,” said Golovkin.

Szeremeta could be a problem for Golovkin

If Szeremeta puts in the kind of performance he did in his last fight against Oscar Cortes, Golovkin could be in trouble. Szeremeta blasted out Cortes in a second-round knockout last year in October on the Golovkin vs. Derevyanchenko undercard.

What’s interesting is Golovkin knew even back then that he would fight Szeremeta next, despite the mandatory not being due. It’s hard not to see that as a cherry-picking move on Golovkin’s part, as Szeremeta isn’t well known worldwide, and there are a lot bigger names GGG could have picked.

For Golovkin’s sake, he can’t afford to play it safe and face weak opposition in hopes of winning long enough to get the trilogy match against Canelo Alvarez.

If Golovkin wants that fight, he’s got to take risks because Canelo has noticed that he’s no longer facing the best. He thinks Golovkin just wants the fight with him for the money, so he can then retire. 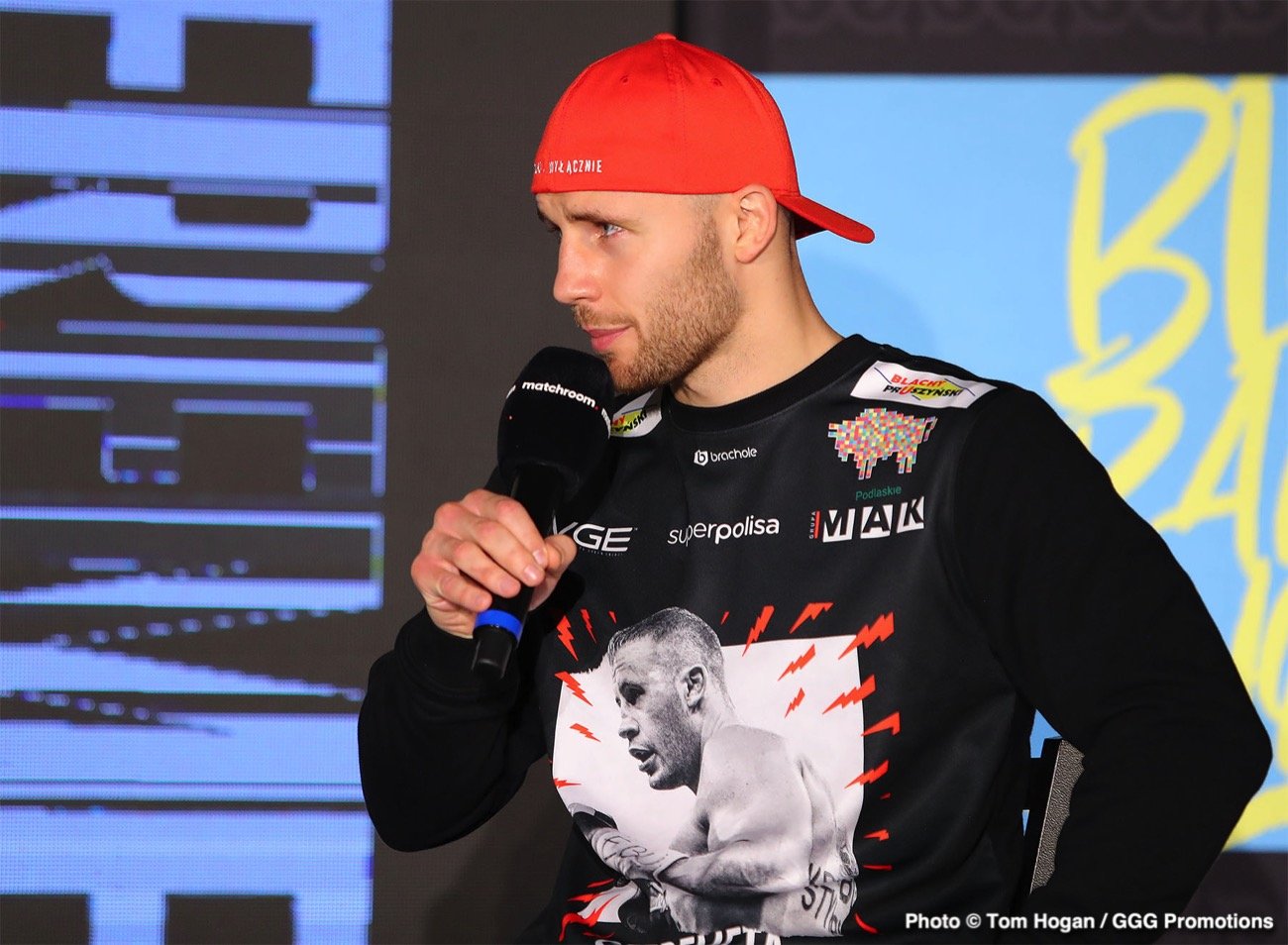 “It feels incredible, I feel great, and I just feel that it’s going to happen,” said Szeremeta when asked his thoughts on him facing Golovkin on Friday night.

“I don’t want to talk about it. I’ve got a plan with my trainer, and we’ll stick to it,” said Szeremeta when asked what his plan is to beat GGG.

“I got nothing to lose. I need to show the best version of Kamil Szeremeta, and I want to be in the history of Polish boxing. Honestly, I don’t think about it. I just need to stick to my plan and do everything in the ring,” said Szeremeta.

Other weights on the Golovkin vs. Szeremeta card:


« Dillian Whyte wants Luis Ortiz in February, then Povetkin in May