Alvarez (53-1-2, 36 KOs) and WBA Super World super middleweight champion Smith (27-0, 19 KOs) are fighting at the Alamodome in San Antonio, Texas. The fight will be shown tonight on DAZN.

Golovkin would like nothing better than for the winner of the Canelo-Smith fight to let the boxing world know that they plan on fighting him next. But it remains to be seen if it’s going to play out like that.

Smith, 30, is tied into a rematch clause with Alvarez, which means the two will be fighting a rematch if Callum wins tonight. Canelo will not walk away from a loss to Smith without forcing him to face him again, and it’s understandable why.

This is a fight that Canelo wanted, and he’s done his homework in scouting out the 6’4″ Smith. If Canelo didn’t feel confident about winning, he wouldn’t have chosen Callum.

Canelo is very, very calculated when it comes to picking his opponents. When he feels confident he can beat them, they get chosen. It’s going to be up to Smith to prove Canelo wrong tonight.

If Canelo wins, he’s mentioned wanting to unify the division. Despite the interest from DAZN and boxing fans in seeing the third Canelo-GGG fight in early 2021, that’s not a fight that Alvarez is planning.

However, Canelo could surprise the fans by telling them that he wants to face Golovkin next, but it’s not likely to be the case. 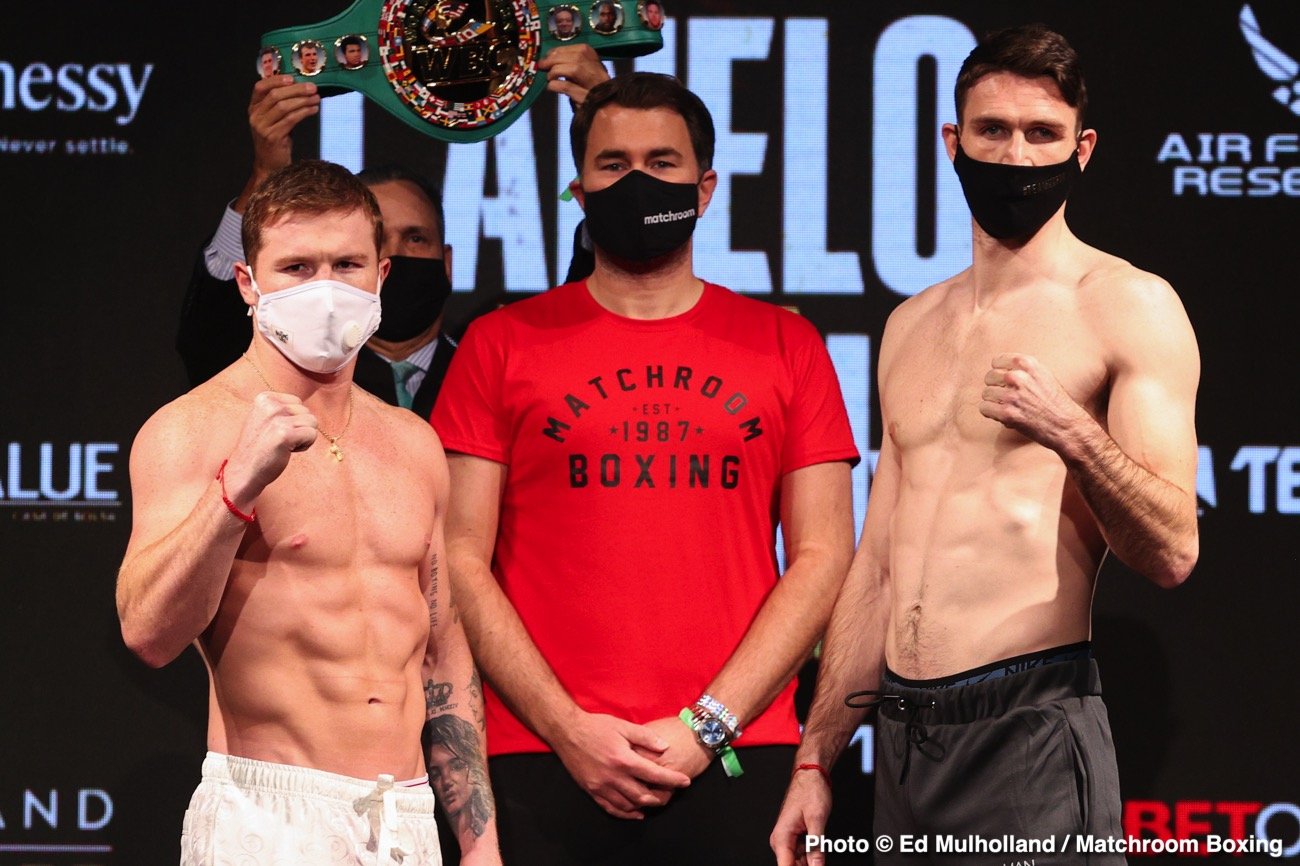 What IBF middleweight champion Golovkin has going for him right now was the performance he put in last night against his mandatory Kamil Szeremeta (21-1, 5 KOs) at the Seminole Hard Rock Hotel in Hollywood, Florida.

Golovkin knocked Szeremeta down four times before the fight was stopped at the end of the seventh round by the Polish fighter’s team.

Assuming that Canelo was impressed by what he saw from the 38-year-old Gennadiy, he might choose to face him next if he wins tonight against Smith.

“I need more time to feel more comfortable because I had a long break, a year or more,” said Glovkin to Matchroom Boxing moments after stopping Szeremeta in the seventh round

“Kamil, I respect him; he’s a great fighter. I feel like he’s not top level. I feel like timing, power, he loses distance, and he loses control.

“The last couple of rounds, he was so tired. It was very correct, and I respect his team. It was brilliant [to stop it],” said Golovkin.

“This is a small step for my legacy,” GGG said of his win over Szeremeta. “I want to show in my next fight more.

“Tomorrow, we have a big fight, a big event,” said Golovkin about the Canelo Alvarez vs. Callum Smith match. “I’m very excited who wins. I want these guys,” said Golovkin.


« Oleksandr Usyk hints he’ll step aside for Joshua vs. Fury