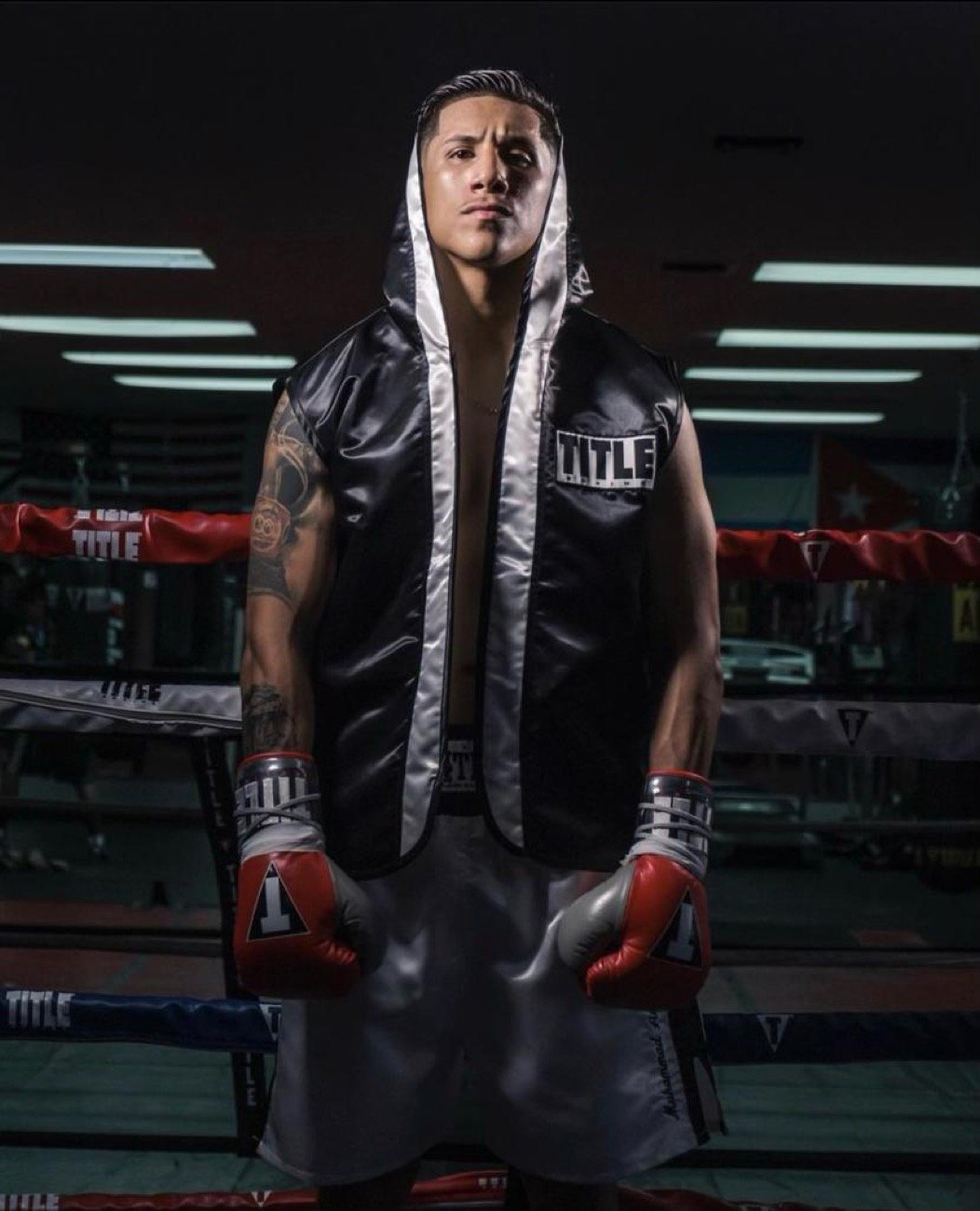 The four-round middleweight bout is featured on the Mario Abraham MAX Boxing Promotions’ card and will be broadcast on ESPN Knockout in a ‘behind closed doors’ setting due to the pandemic.

Following an amateur career compiling a record of 36-4, the 24-year-old southpaw Vargas Jr. is very excited to start his professional career and will be trained by his father in the professional ranks out of his Las Vegas, NV based gym, the Fernando Vargas Fighting Foundation. Vargas Jr. started boxing at the age of 17.

Said Vargas Jr, “I’m looking to follow in the footsteps of my father. He’s the one that gave me my start in boxing and I want to carry on the Vargas family legacy. I’m looking forward to fighting in Mexico, where our family heritage is from and my father has many fans. I plan to make my own fans there and put on an exciting show in my pro debut.”

Stated Vargas Sr., “Junior has worked very hard and I’m looking forward to him turning professional. He has great experience sparring with top professional fighters and the time is right for him now. I look forward to seeing him in the ring and will guide him so that he can be the best he can be. It’s an honor to make this announcement on my 43rd birthday.” Vargas Sr. has two other sons who are accomplished amateur boxers, Amado and Emiliano.

Continued advisor Tom Loeffler, “I’m happy we were able to put this fight together in Merida, Mexico on ESPN Knockout. Thanks to Mario Abraham and Max Boxing Promotions for giving Junior this opportunity. I’m looking forward to seeing him in the ring, he has great talent and his own marketability. There is a lot of anticipation for his pro debut, now he has to show what he is made of and the fans are in for a treat to see the next generation of the Vargas family in the boxing ring.”

Mario Abraham added “It’s an honor to have Fernando Vargas Jr making his pro debut on our show December 18. I’m sure he will get a great reaction from the fans and media in Mexico.”

Holder of the WBC and WBO World Title and promoted by Golden Boy Promotions, Crews-Dezurn, (6-1-0, 2 KOs), known as the Heavy-Hitting Diva will make her highly anticipated return to battle on Saturday, January 2 at the American Airlines Center arena in Dallas, TX featured on the Ryan Garcia/Luke Campbell undercard.

“I’ve been self-managed up until now, but this is a great time to start working with Peter and his Team,” said Crews-Dezurn. “I’m a unified world champion at the top of my game and he will help me build my brand and handle the business aspects of my career.”

“My goal is to be undisputed in 2021, I fought in January of this year and then the pandemic hit. The break actually benefited me mentally and physically,” said the Baltimore, MD native who is guided in the ring by trainer Barry Hunter. “I’ve also had some commentating work for Golden Boy which I’d like to continue in the future along with ring announcing that I’ve worked on with Mark Fratto and Linacre Media.”

“For me, it’s all about bigger and better and making more noise!”

Stated Peter Kahn, “I’m very excited to have the opportunity to work with Franchón. It’s not every day that an existing unified world champion adds you to their team to help guide them to the next level of their journey. Franchón transcends boxing and will enter the pop culture realm where she belongs, all the while, continuing to cement her legacy in boxing. Her talents as a fashion designer and music artist will be a big part of showcasing more of the Heavy Hitting Diva brand as she continues to inspire young women around the world.”

“Franchón and her husband Glenn visited our training camp in Florida during the summer and there was an instant connection. I am grateful to be a part of the team and look forward to big things in 2021.”