Daniel Dubois Should Have Been Saved from Taking a Knee 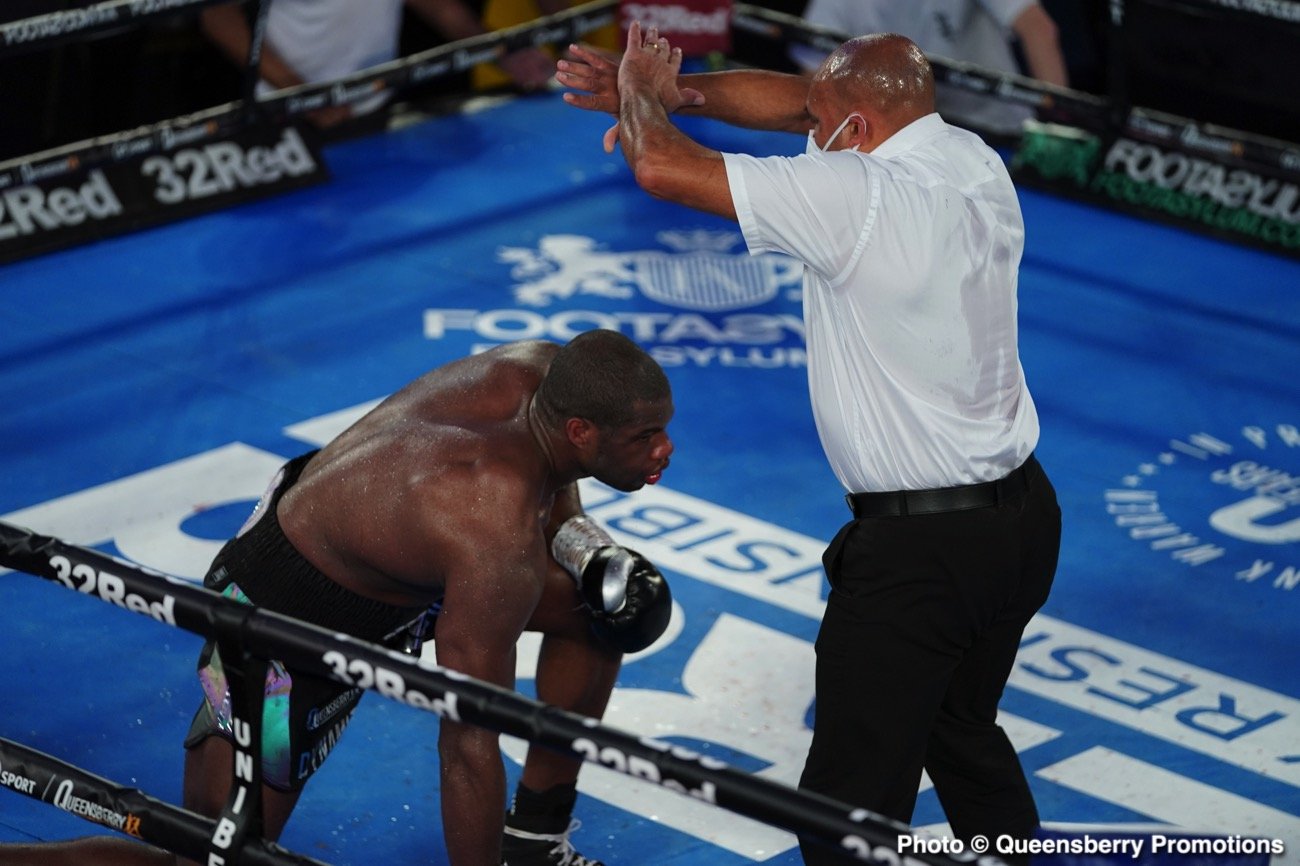 By Larry Torres: Last Saturday, 23-year-old heavyweight prospect Daniel Dubois suffered his first defeat as a professional (15-1 14 KOs). He faced his toughest opponent so far in his young career, Joe ‘Juggernaut’ Joyce (12-0 11 KOs). Joyce is the older and more seasoned fighter, even though he had fewer professional fights. Joyce is 35 years old and was an Olympic silver medalist in 2016, and he won gold in the 2014 commonwealth games among other amateur boxing accolades.

Dubois was the favorite going into the fight due to his youth and power. But it was clear that the fight with Joyce may have been made too soon. Joyce was phenomenal with his jab to the point where he hardly threw any other punches. At the end of the first round, it was clear that Joyce’s jab was affecting Dubois’s face as there were some reddening and the start of swelling. For the next nine rounds, Joyce punished Dubois’s left eye and it swelled shut. Unfortunately for Dubois referee, Ian John-Lewis did nothing to try and stop the fight and save his eye, or at the very least have the ringside physician look at it.

Usually, when a fighter’s eye swells as Dubois did, the referee will call the physician over to examine it. If the eye is completely shut as Dubois’s appeared to be, the physician will notify the referee the fight is stopped. Of course, there will be protests on the part of the fighter and his corner, but the job of the referee and physician is to keep the fighters as safe as possible, and in some instances save them from themselves. 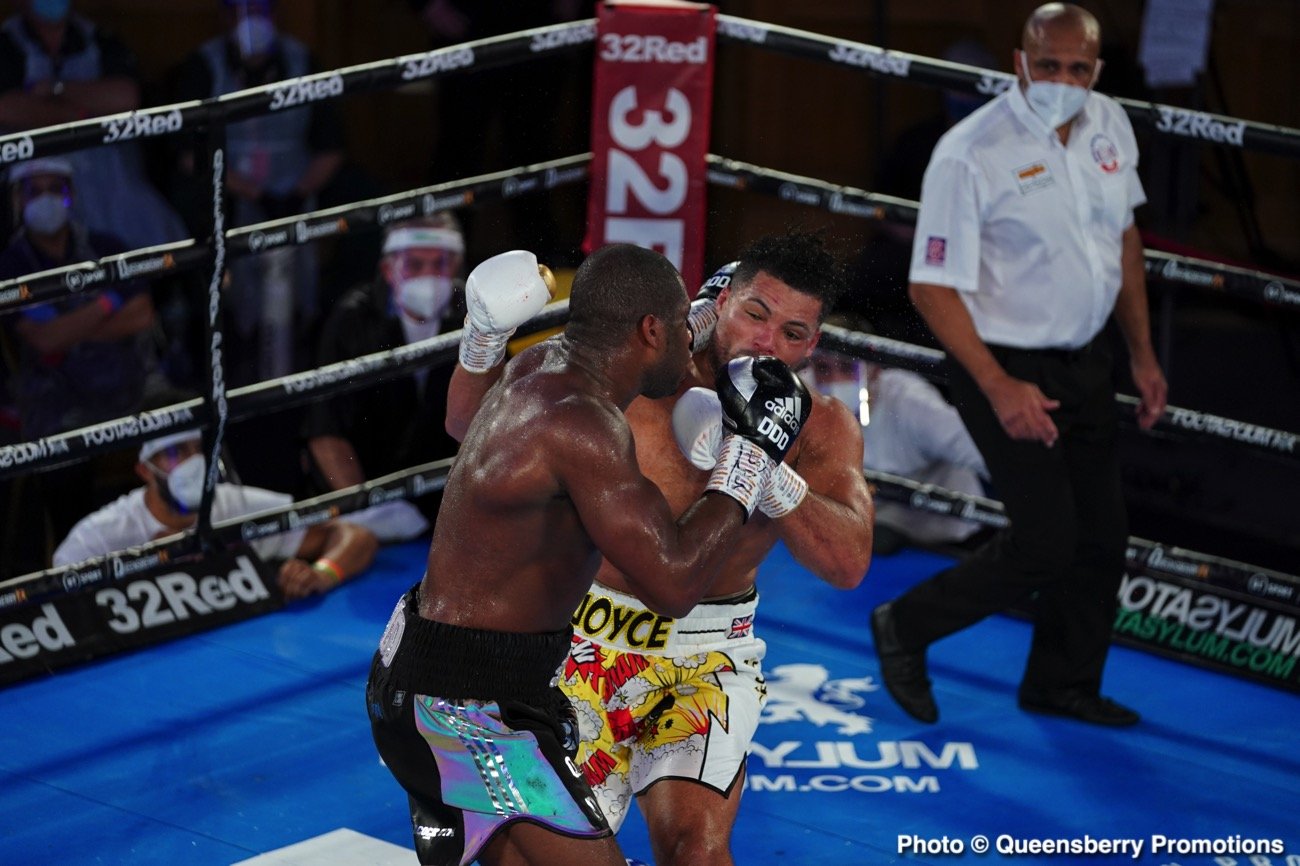 We saw on November 14 in the Joshua Franco vs. Andrew Moloney fight; referee Russell Mora called the ringside physician over to check on Joshua Franco’s eye that was swelling and eventually swelled shut. This fight had some controversy because referee Mora ruled the damage to the eye caused by an accidental head-butt while the replay showed it was Moloney’s jab that caused the damage, but nonetheless, Mora and the physician did their job and stopped the fight and saved Franco’s eye from any further damage. Daniel Dubois did not get the same help, and in the 10th round, he took a knee after getting hurt with a jab in his shut left eye. Dubois did not get up until after the 10 count, making Joyce the winner by knockout.

It is not only the responsibility of the referee to protect the fighters it is also the responsibility of their corner. Dubois’s corner did their best to slow the swelling but in the end, it failed. One can understand why his corner did not want to stop the fight because it was a close fight and two of the judges’ scorecards had Dubois ahead, 88-83 and 86-85. The other judge saw it 87-84 in Joyce’s favor. 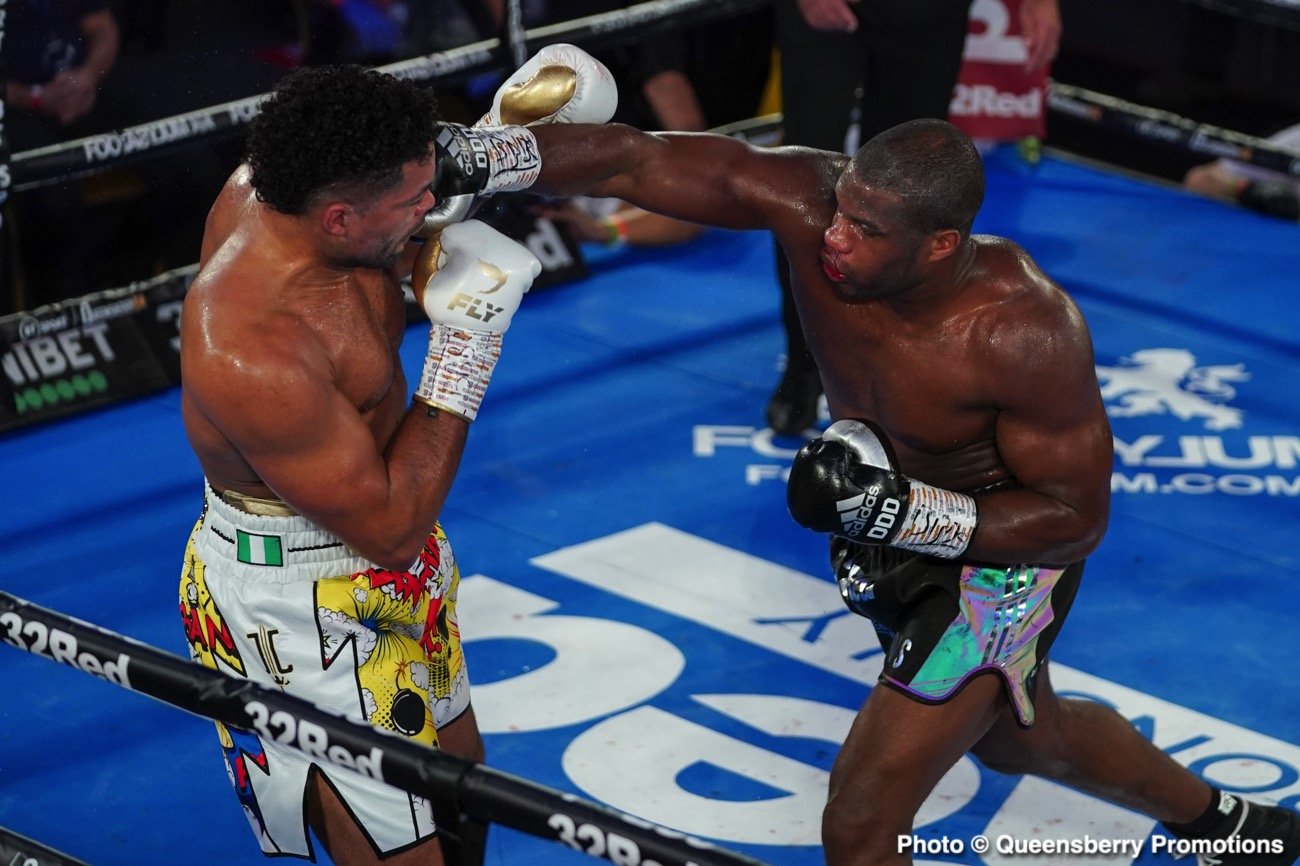 This was a high-stakes fight with the winner on track to get a shot at the world title, but it was not a world title fight. Dubois is 23 years old and has a long career ahead of him, assuming the damage to his eye is not severe. It is not the end of his career because he lost this fight. There is plenty of time for him and his team to build him and his confidence back up. But that is going to be difficult given the way he lost.

Dubois taking a knee and not getting up has caused some backlash among the boxing community. Many are calling him a quitter and have suggested that he should have let them carry him out of the ring before going down like that. But what I would like to suggest is that Daniel did what his corner or the referee should have done for him: stop the fight and save his eye. I am sure it hurt Daniel’s pride to do that, but he should not have been in that position, to begin with. The fight should have been stopped sooner. The referee should have called over the physician to look at his eye and I have no doubt the fight would have been halted. Not only would this have saved Daniel’s eye, but it would also have saved his pride and confidence too. He could have left the ring knowing he lost but also knowing that he gave it his all and there was nothing he could have done to keep fighting. 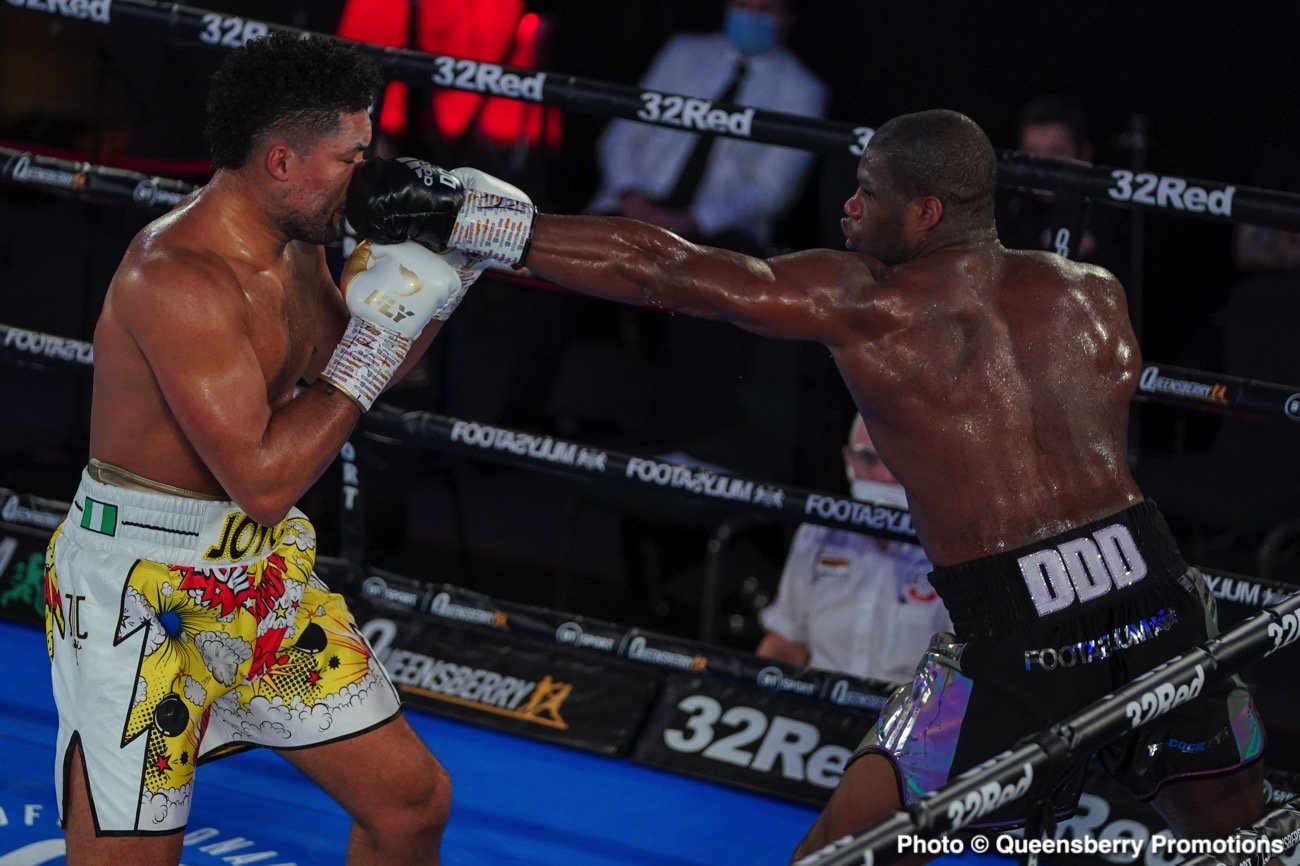 I hope Daniel Dubois makes a speedy recovery and gets back in the ring soon, but other than the health of his eye, a big hurdle for him to overcome now is the emotional pain and loss of confidence after having to end the fight the way he did. If only the referee or his corner stepped in and said: ‘let’s save you to fight another day because there will be plenty more fights.’