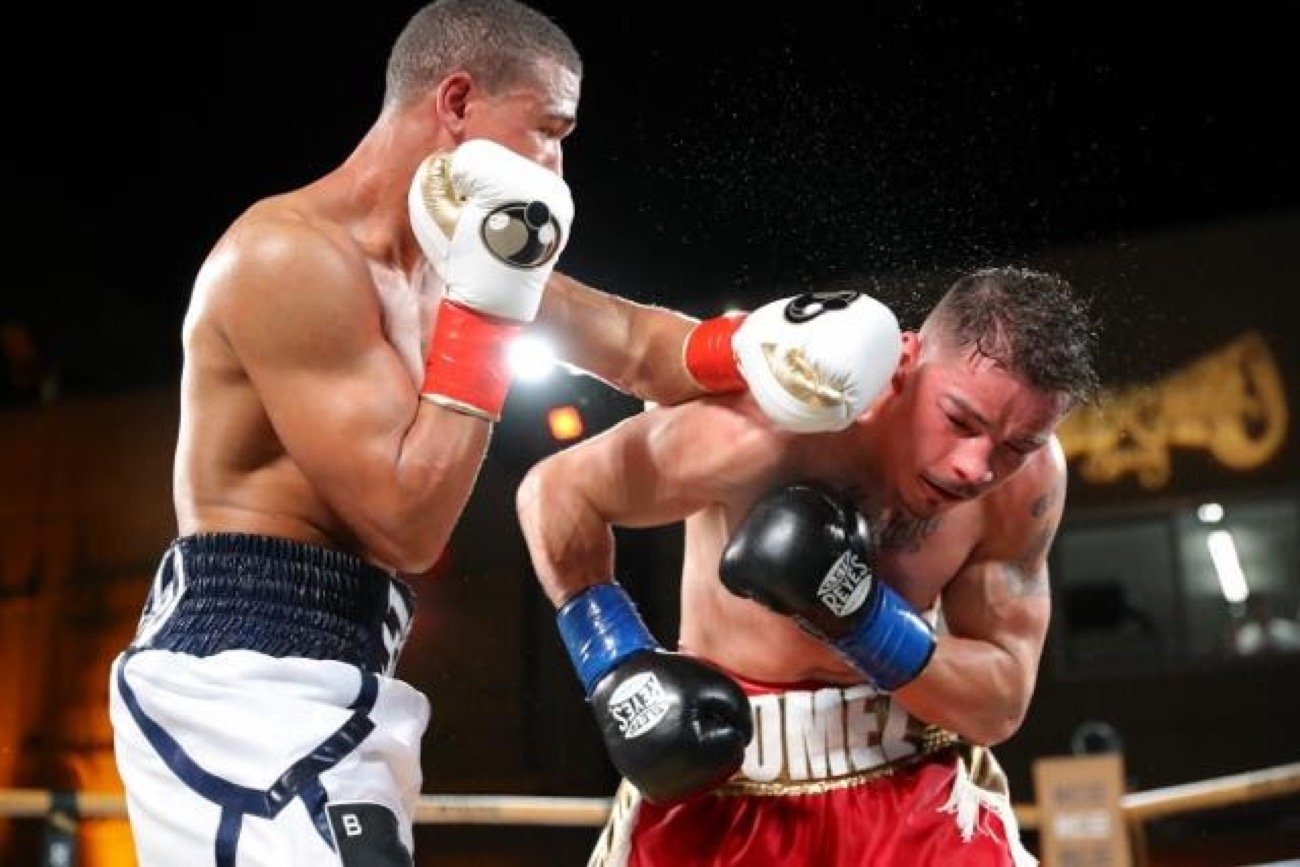 The bout was televised live on NBC Sports Network.

Ceballo of Brooklyn, New York is managed by Split-T Management under the guidance of Tim VanNewhouse.

Ceballo controlled the action from the start as Ceballo used a tremendous ring IQ to set up his shots Ceballo’s accurate punching knocked the mouthpiece of Gomez out several times, which prompted referee Raul Caiz Jr. to deduct a point in the 10th round. Ceballo handled the pressure Gomez very well, was extremely poised in his own attack with solid combination punching.

“This win teaches me that even though I was not 100%, but I was able to push through and win by a comfortable margin,” said Ceballo

I was very excited to be on this stage because it introduced me to the boxing world. I would like to thank Split-T Management, 360 Promotions and Ring City USA for giving me a platform to display my talents”

Ceballo is promoted by 360 Promotions.

Former world title challenger and winner of The Contender, Brandon Adams destroyed Sonny Duversonne in round two of a scheduled eight-round junior middleweight bout that headlined a Ring City USA Card at The Parking Lot of the famed Wild Card Boxing Club in Hollywood, California.

The fight was televised live on NBC Sports Network

Adams, who is promoted by Banner Promotions and The Tournament of Contenders, came out strong in round one, as he worked the body of Duversonne then came upstairs to land some solid shots to the head. In round two, Adams landed a crushing left hook to the jaw that froze Duversonne on the ropes. A follow-up barrage of power punches forced referee Jack Reiss to stop the fight at 1:40.

Adams of Watts, California was making his first start since his valiant effort against WBC Middleweight champion Jermall Charlo, embedded himself as a title contender in both the 154 and 160 pound divisions.

“My game plan stayed the same from the beginning – to seek and destroy,” Adams continued. “I wanted to come out and win and it didn’t matter who was put in front of me.”

Medina, who is promoted by TMB Entertainment won by a decisive six-round decision in which he won each round against a fighter with two-and-half-times the experience as himself. Hernandez, who has been in the ring with several undefeated fighters, did his best to make the fight rough, but was unsuccessful as he was unable to handle the lateral movement and superior boxing skills that Medina possessed. Scorecards read 60-54 across the board in Medina’s favor.

“It was great to get the rust off after such a long layoff,” said Medina. “This year has been difficult for everyone, and as an athlete it is hard to be patient. I’m grateful that I have a great manager and promoter that got me back in the ring. Now I want a big opportunity to fight a good step up fight in America soon, if not next.”

“Medina is ready for a big fight,” said Greg Hannely, CEO of Prince Ranch Boxing, who manages Medina. “Medina has proven that he is an elite fighter and now we will work to get him a fight in America against a fellow unbeaten prospect so he can become a contender.”

“Medina finished the year strong,” said Rick Morones, of TMB Entertainment. “Medina has the work ethic, will-power and tenacity to put forth a solid fight against anyone. I think everyone who faces Medina is in trouble.”