By Allan Fox:  Gervonta ‘Tank’ Davis’ sixth-round knockout victory over Leo Santa Cruz last weekend has Deontay Wilder why that fight was waved so quickly whereas when he knocked Tyson Fury down in a similar way in their first fight, he was given a count while he was seemingly unconscious.

Former WBC heavyweight champion Wilder (42-1-1, 41 KOs) believes that they wanted a “great white hope,” and that’s why Fury was given a count rather than the fight being stopped in the 12th round after he’d been knocked down.

Wilder says that when Dillian Whyte was dropped in the fifth round by Russian fighter Alexander Povetkin last August, the fight was halted right away without a count.

But when Wilder did the same thing to Fury in the 12th round in their first match in 2018, the contest wasn’t halted. Fury was given a count while he appeared to be out cold.

Wilder sees it as odd that he received different treatment against Fury than what he saw with the stoppages in the recent Davis-Santa Cruz and Whyte-Povetkin contests.

Wilder wonders why Fury was given a count

“I heard about the outcome, which is pretty cool, but that’s another thing going back where Tank knocked Santa Cruz out, and they just waived the fight off,” said Wilder to Barbershop Conversations.

“I did the same s***, if not worse, to Fury in the [12th round] in the first fight, but you know what that was. The same with [Alexander] Povetkin and Dillian Whyte. They stopped it the time he [Whyte] dropped.

They waved it off, but that’s not here nor there. He [referee Jack Reiss] was screaming right in his [Fury] face, ‘One, two.’ You know what that is. They wanted that ‘great white hope,’ that’s what they wanted.

“There were a lot of people involved in this little thing going on. It wasn’t any coincidence. They tried to whoop me, but they can’t. I’m a strong black man, and I’m coming back even stronger and bringing my people with me,” said Wilder.

It does seem strange that the referee that worked the first Wilder-Fury fight didn’t stop the contest immediately after Fury was knocked down in the 12th.

If you compare the condition that Fury was in after that knockdown to the way Leo Santa Cruz looked in the 6th round after being dropped by Tank Davis, it is a similar situation, but it was treated differently by the referee. 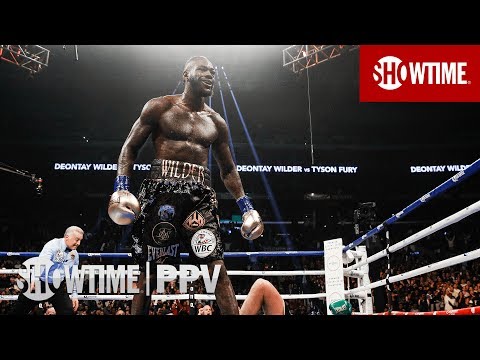 That referee waved the Davis-Santa Cruz off rather than leaning over Leo and giving him a count while he was unconscious.

You can understand why Wilder is bitter about what happened in the first fight with Fury, as well what he feels was cheating from him in the second fight with the punching behind the head that he did.


« Deontay Wilder says “No” to Floyd Mayweather training him