The Meteoric Rise of Terri Harper 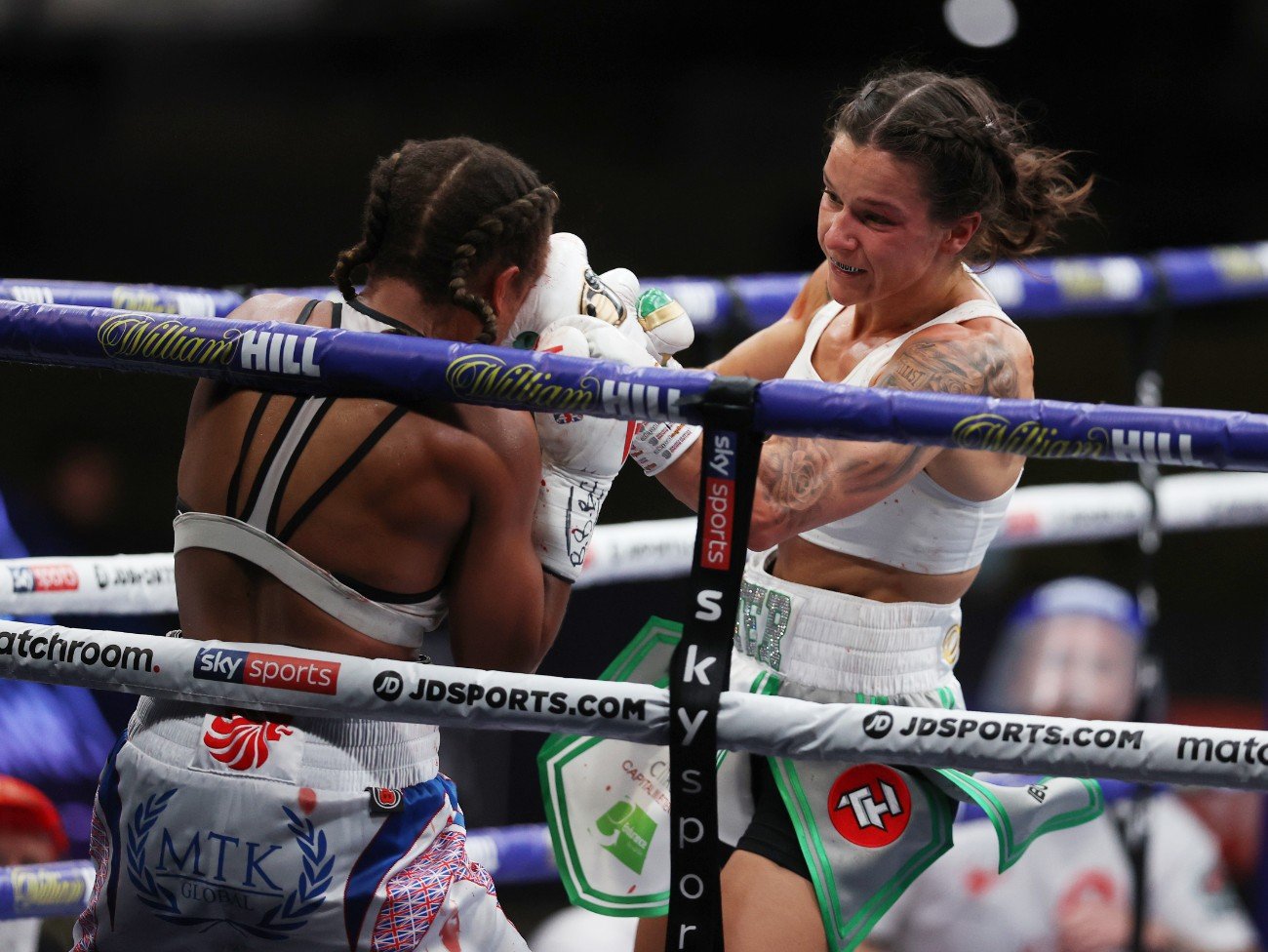 By Ian Aldous: As she prepares herself for the next chapter in her fast-moving career, it’s easy to forget how quickly the humble and quiet boxer from Denaby has swiftly ascended from prospect to the world stage.

It was less than eighteen months ago when Terri was headlining and selling out the Magna Centre in nearby Rotherham, in July of 2019 when claiming the IBO world title with an eighth-round TKO of Nozipho Bell.

The South African had never been stopped before. Her maiden world title had been attained in just her eighth paid outing.

Only four months later, Harper defended her IBO crown with a dominating decision win over Viviane Obenauf in Manchester. This was her debut bout as a Matchroom-signed fighter and doors were beginning to open.

An even shorter turn-around of just three months saw an opportunity to unify the 130lbs division. Eva Wahlstrom had proudly reigned as WBC champion since 2015, some two-and-a-half years prior to Harper even turning pro. Would a gulf in class be apparent on fight night?

“She’s a tough opponent and she’s not a world champion for nothing. So, I know I’ve got to go out there and give her my ‘A’ game,” Harper told me in the lead-up to the contest. 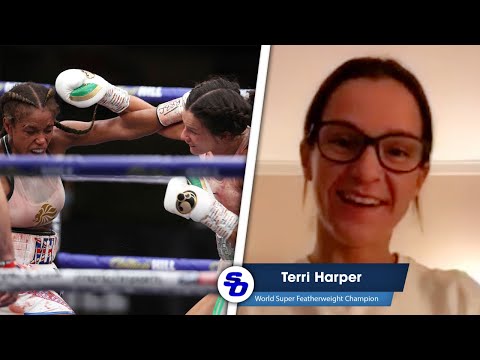 And the ‘A’ game was exactly what she delivered for her loyal fans in attendance at the Sheffield Arena. The newly-crowned unified world champion personally sold around 1,000 tickets as co-feature to Kell Brook vs. Mark Deluca.

Manager and coach, Stefy Bull explained to me in August, “We did it ourselves; small-hall promoting and no financial help with TV or stuff like that. It were very hard but we got over the line because of Terri’s support.”

Despite the stunning performance against a veteran champion, Harper wasn’t satisfied.

“Just watching it makes me cringe because there’s loads of things I were doing wrong,” the champion surprisingly admitted to me a few months afterwards, showing her ultimate drive for in-ring perfection.

Now, with the Matchroom promotional machine well and truly rolling – the world was their oyster. 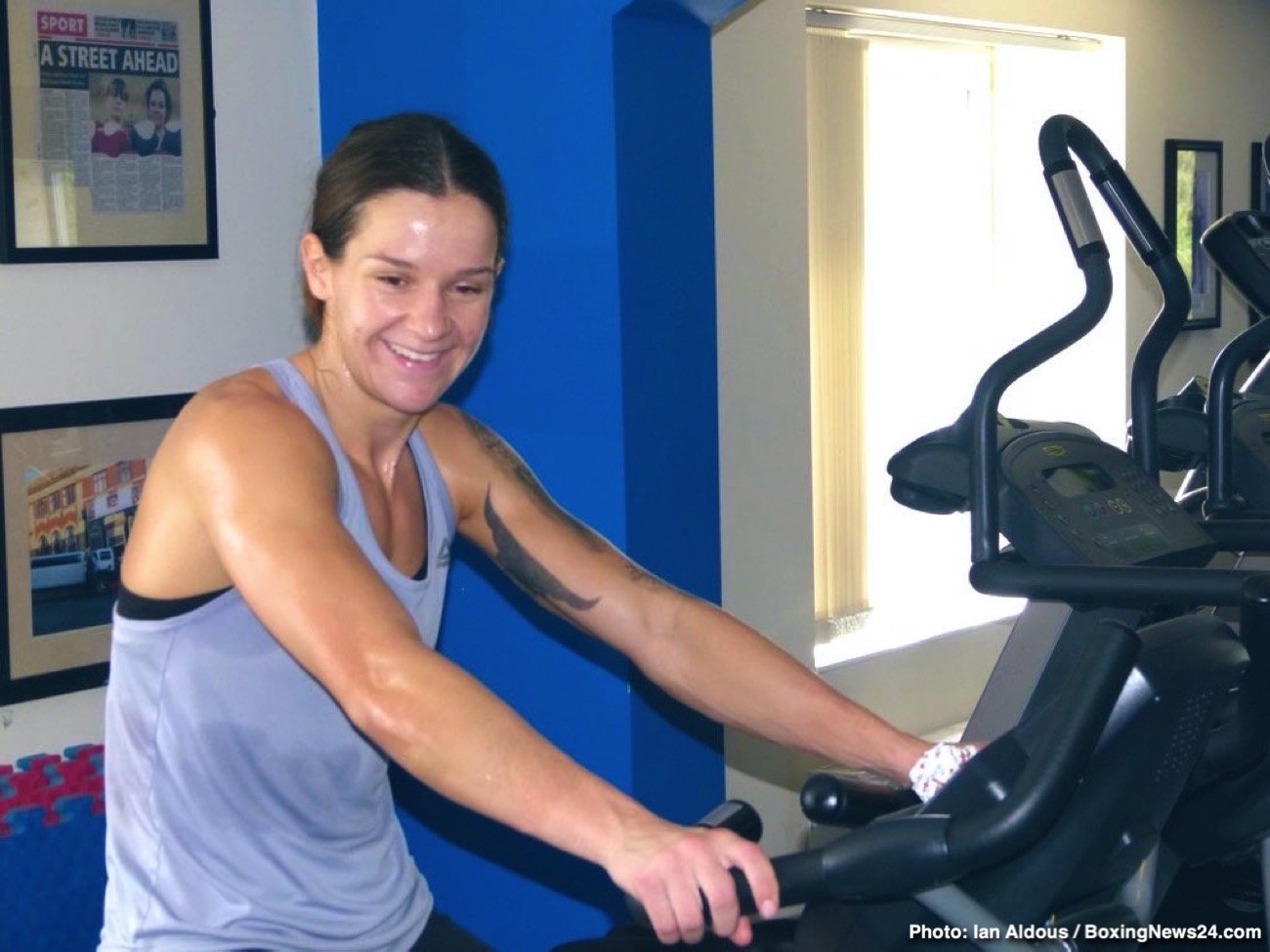 Not even a global pandemic could stop Harper’s momentum. The summer of 2020 added another chapter to the history of British boxing. Terri Harper vs. 2012 Olympian Natasha Jonas would be the first professional world title clash between two female Britons.

Matchroom’s outdoor Fight Camp series was the host for what turned out to be a thoroughly compelling and competitive scrap. A few disgruntled folk complained, but the majority of non-biased observers believed the split-draw to be correct. It was a gargantuan lesson learned against a decorated amateur and veteran of the game. Priceless experience gained.

Katharina Thanderz will now provide another test of Terri’s resolve this Saturday night. The German possesses the interim WBC title and boasts a 13-0 record that includes a 2019 win over Rachel Ball. 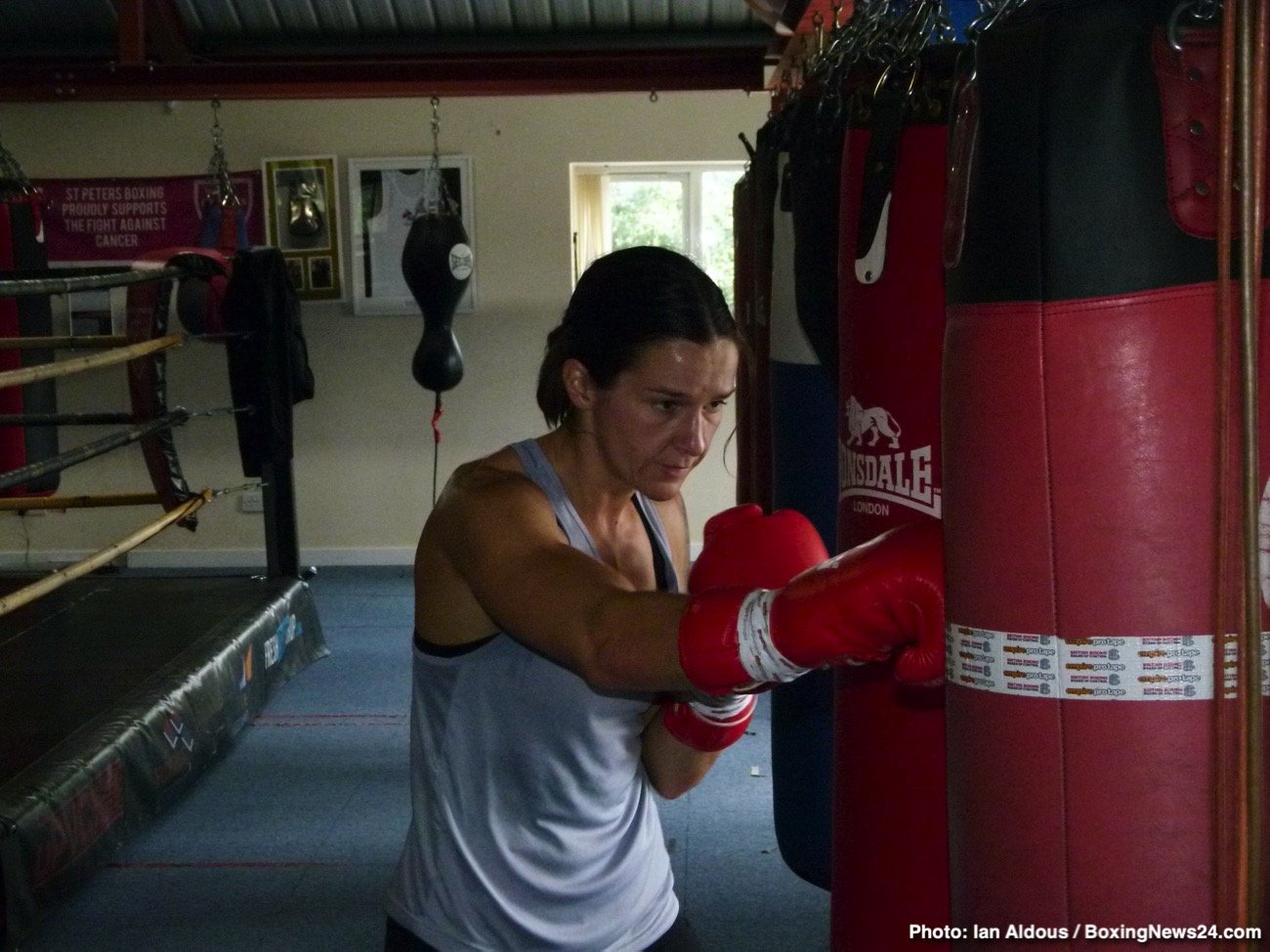 The Matchroom-promoted card from Wembley Arena is headlined by a trio of female world title fights, illustrating just how far the women’s game has come in the last couple of years. It’s no coincidence that this has coincided with Harper’s rise.

Without wishing to dismiss Thanderz and look too far into the crystal ball, it’s a distinct possibility that a battle with newly-minted WBO 130lbs world champion, Mikaela Mayer looms on the horizon. A war of words culminated in the American calling out Harper after dethroning Ewa Brodnicka. It should all lead to a blockbuster fight for three world titles between them next year.

First comes Thanderz though. The strength and conditioning routine has been upgraded as Team Harper look to squeeze every extra per cent of performance they possibly can. Expect the IBO & WBC super-featherweight champion to be impeccably prepared by Stefy Bull and Ray Doyle.