By Yannis Mihanos: Last Saturday night, Terence “Bud” Crawford (37-0, 28 KO) proved to be the superior fighter in stopping Kell Brook in the fourth round in ‘The Bubble’ at the MGM Grand in Las Vegas, Nevada.

Although in the first two rounds Brook looked in charge, he wasn’t really imposing his presence and was not pressing Crawford enough. In terms of movement, Brook seemed tied. Behind his strong muscle, he was missing the youth: quick reflexes, flexibility, and speed needed for him to dethrone Crawford.

On the other hand, that was all present in Crawford. You can never fully predict something, and that is the real encounter, the real mano-a-mano.

Crawford suddenly stepped up a gear in the fourth round and caught Brook with a thunderous right hook, a punch so strong and so hard that pushed Brook to the ropes, and everything went quickly downhill after that. The referee Tony Weeks had no other choice but prematurely stop the fight and confirm the 37th consecutive victory for Crawford.

The aftermath of the two fighters is very different.

What’s left now for Brook? A wise decision. It’s the best time to think wisely and put aside pride. Going out on a high note while fighting for a world title is a good time to retire.

When you reach your limits, it is time to change horizons and look elsewhere, boxing may stop, but life continues.

Brook may still have one more option in facing Amir Khan, a fight that can generate good money for the British crowd, but I would prefer him to end it now. He is leaving boxing on good terms.
What’s left for Crawford? He is still on course.

There is a lot of good boxing left in him, the big challenges are closer than ever, and he seems ready.

Although this victory helps him stay on course, Bob Arum, his promoter, is still very unhappy because Crawford isn’t camera attractive. Crawford often fails at interviews to attract any attention and kills his promotions.

His public image is not at all popular. Even in this last fight, more people knew Brook than Crawford.

Arum wants desperately to set him up against the Filipino star Manny Pacquiao, and that is understandable. Pacquiao is the last great from a different welterweight era; it’s a sure way to make big money.

If Errol Spence Jr wins the fight against Danny Garcia on December 5th, he would also want to fight Pacquiao.

They both target to beat the legend Pacquiao first. Beating a legend makes you a legend?

Not exactly, but it can make you definitely more popular and rich.
No one can turn down such proposal. 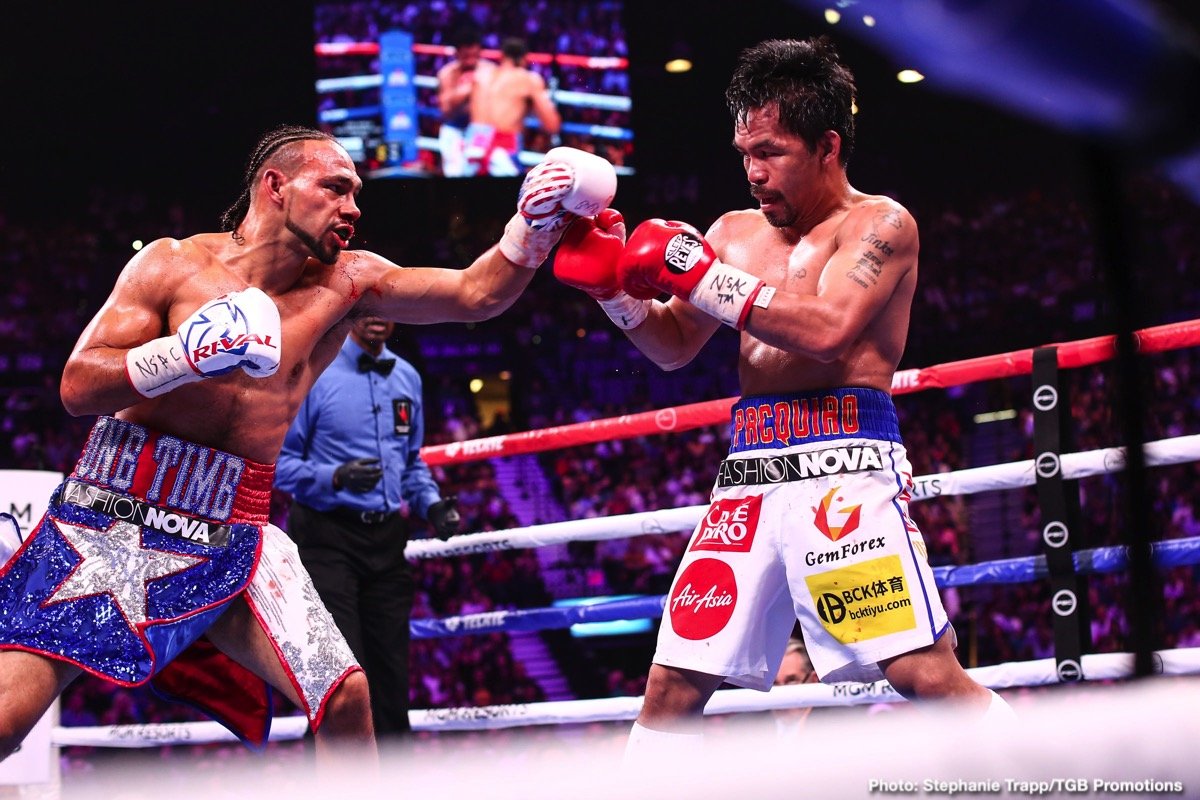 Manny has more options than competing with any of these two. At this stage, they need him, but he doesn’t need them.

The best option will come after that when Crawford agrees to fight Spence with a rematch option, which will give the fans what they want.