By Sean Jones: Terence Crawford could be fighting for the last time with his promoters at Top Rank this Saturday when he faces Kell Brook on ESPN. Crawford’s contract with Top Rank will be expiring in a few months, and there’s a chance that he’ll leave the promotional company looking for greener pastures with another promoter.

The big money fights that Crawford wants are with PBC fighters Errol Spence Jr, Manny Pacquiao, Danny Garcia, Shawn Porter, and Keith Thurman. If Crawford (36-0, 27 KOs) must leave Top Rank to get those types of contests, he could be doing that shortly.

Crawford, 33, is getting up there in age, and he likely has a small window left for him to maximize the revenue that he can make with the prime of his career. If Crawford waits much longer to get the important fights, he may be too old or he’ll miss the prime of the PBC fighters.

Porter, Thurman, and Garcia are also getting older, and they might not have a lot of time left before they deteriorate. IBF/WBC welterweight champion Spence (26-0, 21 KOs) is a question mark after his car crash last year in Dallas.

If Spence is no longer the same fighter that he once was, Crawford will miss out on that big money fight as well if he delays moving on.

“It’s all about business that’s what it comes down too,” said Crawford to Brian Custer’s Last Stand Podcast on him possibly leaving Top Rank when his contract expires in a few months.

“Probably like a few months, few months, it ain’t that long,” Crawford said about how much time he has left on his contract with Top Rank.  “Correct, it’s always been that way,” said Crawford about him leaving Top Rank if he doesn’t get the fights he wants.

Things might not change for Crawford even if he leaves Top Rank and signs with another promoter. If the PBC welterweights, Spence, Thurman, Garcia, Pacquiao, and Porter, aren’t interested in fighting him, he might not be better off leaving Top Rank.

You can argue that Danny Garcia, Pacquiao, and Thurman will never fight Crawford. They’ve never shown strong interest in facing him, and that probably won’t change if he signs with PBC.

The PBC fighters that are interested in facing Crawford, Spence, and Porter, would fight him even if he stayed with Top Rank. So in reality, Crawford probably won’t increase his chances of fighting some of the popular PBC 147-pounders by leaving Top Rank.

Terence not worried about missing out on big fights

“Sometimes it concerns me, but at the same time I don’t try to worry about those type of fights that are not getting made,” said Crawford.

“I feel like I’ve already put my stamp down in the history books and my legacy will live on no matter what, if I get those big fights or not.

“Given all those things that I’ve accomplished in the sport of boxing as a whole. Do I want those fights that everybody calling for…yes, I’ve been calling for those fights before I was even 147,” said Crawford. 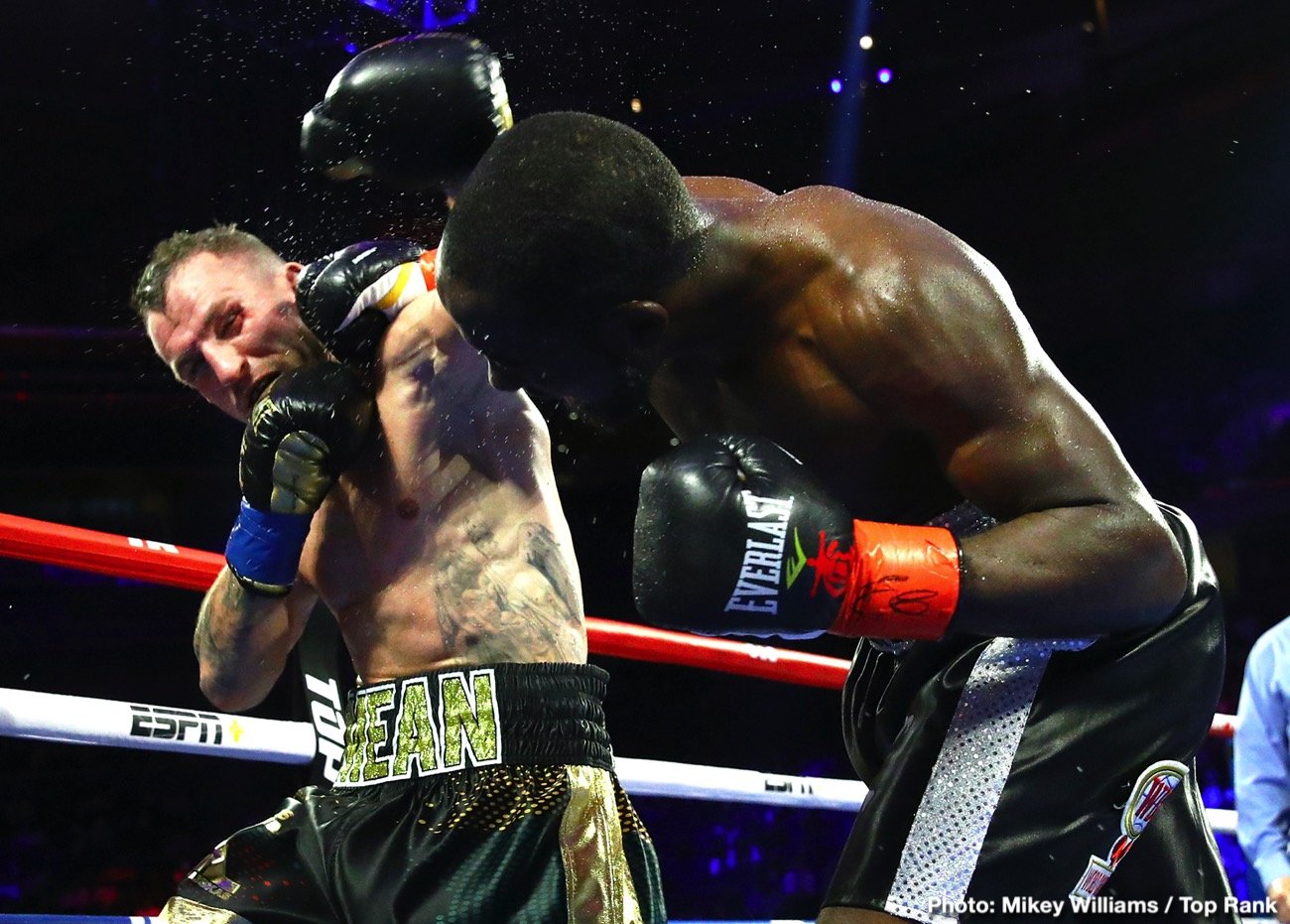 The above comments from Crawford make him sound indifferent about whether he gets the important fights.

Some boxing fans feel that if Crawford truly wanted to fight the PBC welterweights, he would have left Top Rank a long time ago rather than re-upping with them repeatedly when his contract expired.

Tyson Fury: Oleksandr Usyk will be slaughtered by big heavyweight »