Teofimo Lopez: ‘They’re keeping Tank away from me’ 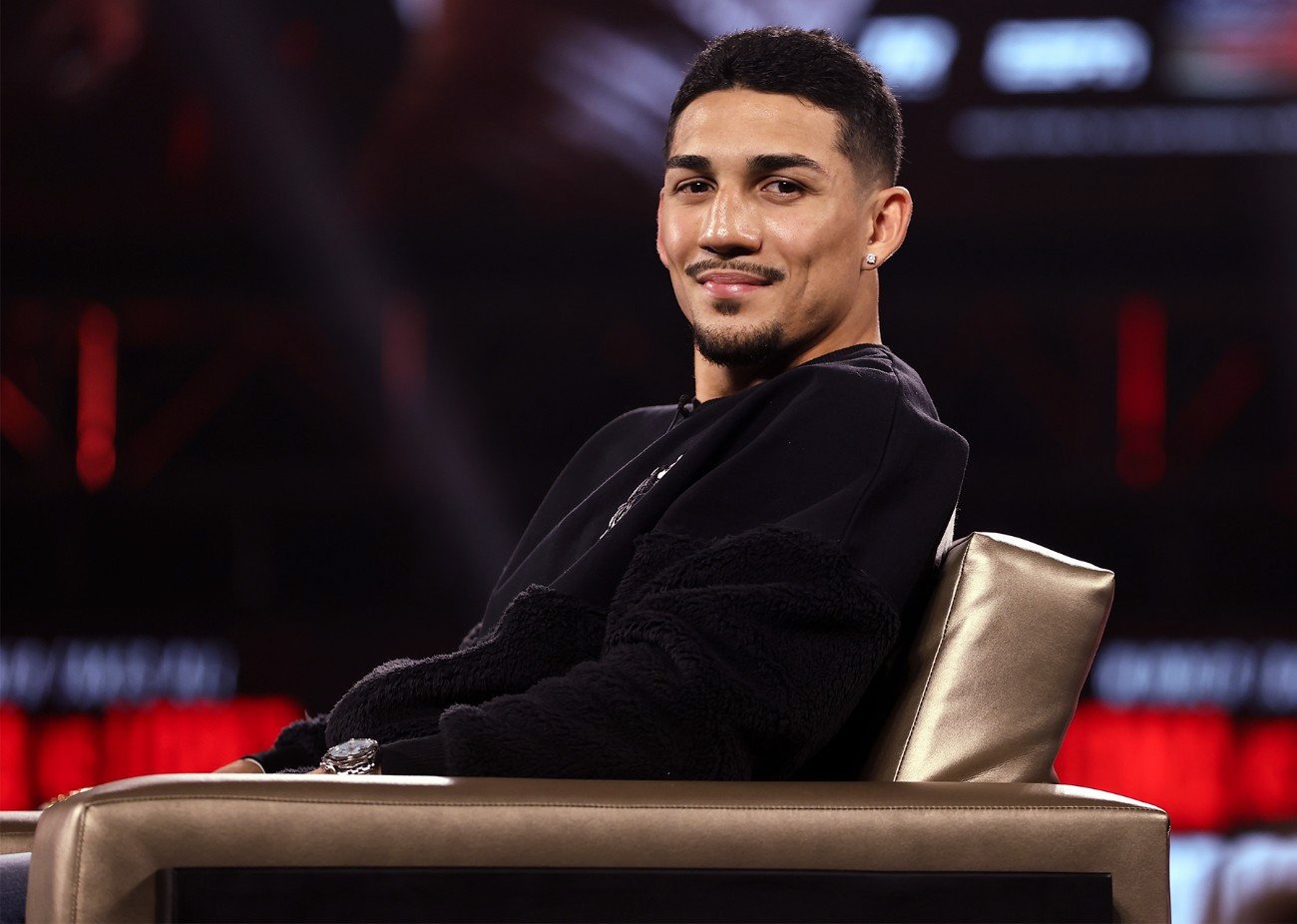 By Aragon Garcia: Teofimo Lopez says the management for Gervonta ‘Tank’ Davis is keeping him away from him. IBF/WBA/WBC/WBO lightweight Teofimo (16-0, 12 KO) notes that his boxing fans would like for him to fight the secondary WBA 135-pound champion Tank (24-0, 23 KOs), but there’s nothing he can do about it.

What’s interesting is that Davis’ promoters at Mayweather Promotions aren’t mentioned Teofimo’s name as someone they want to match their fighter against next.

Instead of Teofimo, we’re hearing that contender Ryan Garcia is the one that they want next for Tank Davis. Is that a cherry-picking move like we arguably saw with Davis taking on Leo Santa Cruz and Yuriorkis Gamboa in his last two fights? The fans can be the judge of that.

Teofimo: They’re keeping Tank away from me

As the saying goes, ‘If it looks like a duck, swims like a duck, and quacks like a duck, then it probably is a duck,’ and that tells you all you need to know about Tank Davis and Mayweather Promotions when it comes to Teofimo Lopez.

Teofimo, 23, proved himself as the #1 fighter in the lightweight division last month with his victory over previous #1 135-pounder Vasily Lomachenko on October 17th at the MGM Grand in Ls Vegas, Nevada.

Since it isn’t going to be Tank Davis stepping up to the plate to take on Teofimo in his next fight in March or April, Top Rank is going to need to find him a good opponent.

Good options for Teofimo’s next fight:

Yes, that is a possibility. That is in my mind. We got to see what Devin Haney does this week, and what Ryan Garcia does on December 5th.

“I’m ready to get back in the gym,” said Tank Davis on Twitter. “I changed my gloves because the first pair was uncomfortable. I don’t have to cheat to win.

Haney vs. Gamboa – Can Yuriorkis pull off an upset on Saturday? »