Josh Kelly interested in Conor Benn fight in 2021 after Avanesyan on Jan.30th 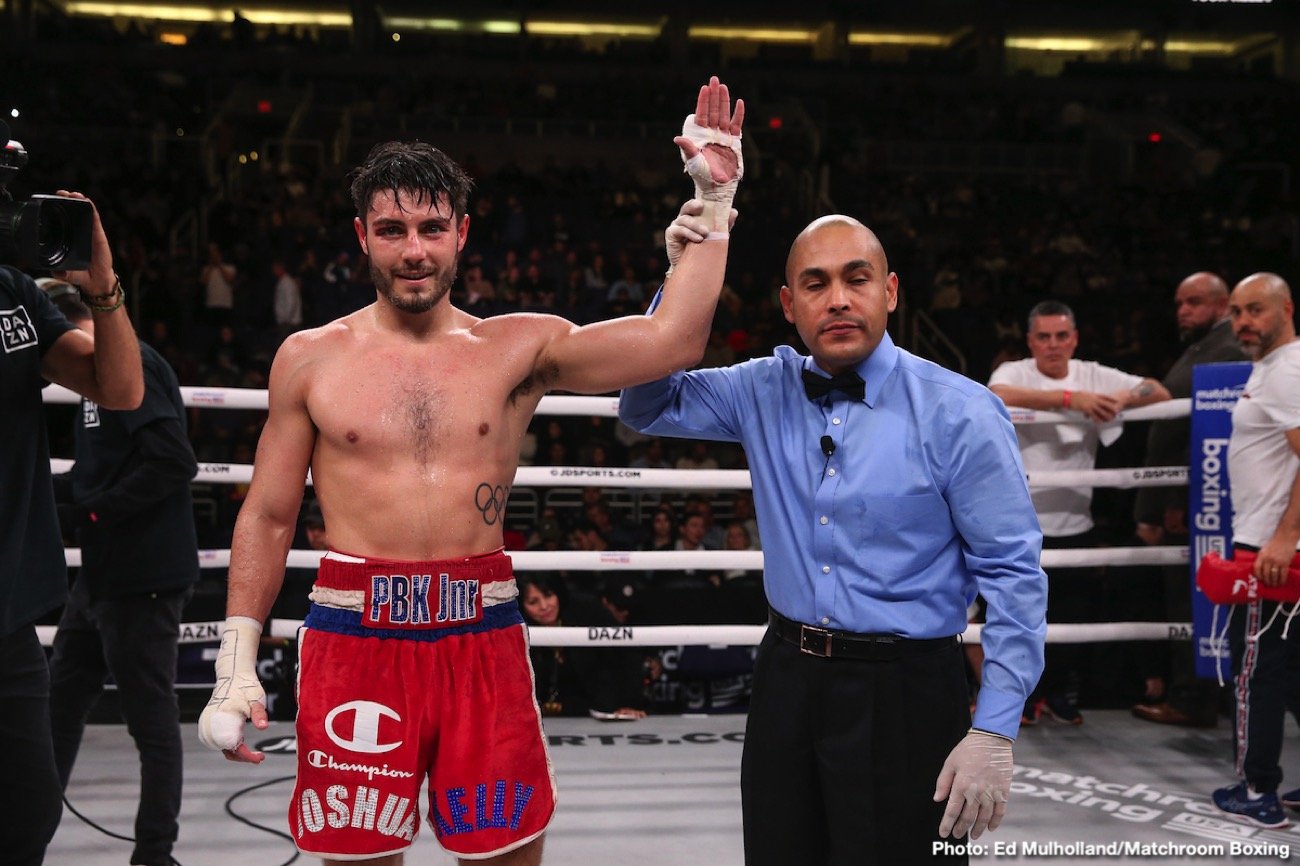 According to Eddie Hearn, if Kelly defeats Avanesyan on January 30th, he’ll be facing the 24-yer-old Benn in the summer.

Like Formella, the 26-year-old Kelly is a light-hitter but far more talented in defense, mobility, and ring generalship. The constant mistakes that the German fighter Formella made last Saturday, we won’t see those if he were to take on Benn.

“The only big domestic I want is Kelly,” said Benn after his win over Formella last Saturday. “People saying I’m scared and all that, stop talking rubbish.

“Do I look like a scared fighter? Nah. They [Team Kelly] should have taken their chance when they could because I’m on the up.

In his recent fights against Wiston Campo and Ray Robinson, Kelly’s mistake is his tendency to back up against the ropes when attacked.

By repeatedly backing up against the ropes in his fights against Campos and Robinson, Kelly made things more difficult than they should have been. 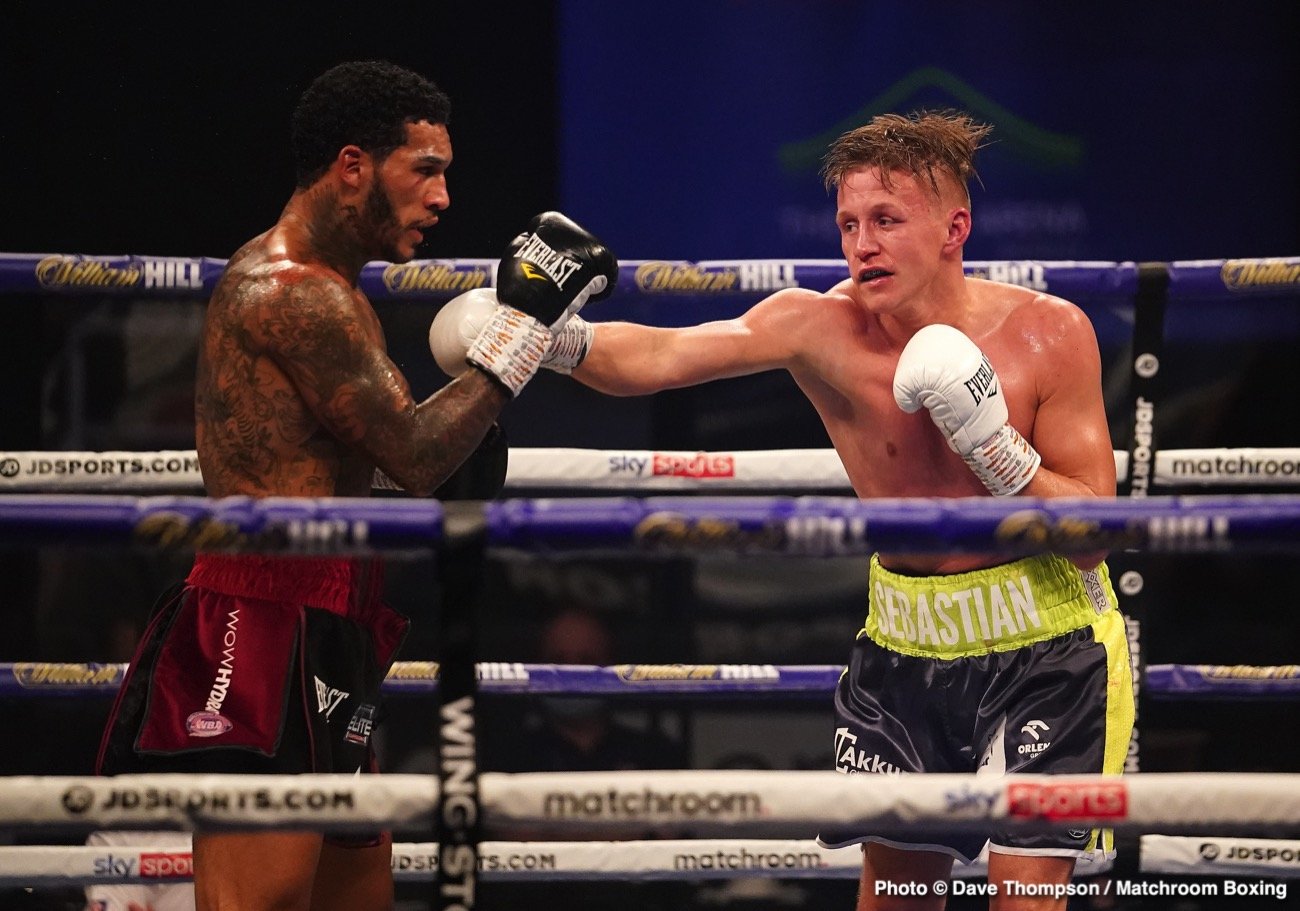 Kelly and EBU 147lb champion Avanesyan (26-3-1, 14 KOs) are being talked about being placed on the undercard of the Alexander Povetkin vs. Dillian Whyte II rematch on Sky Box Office on January 30th.

With the Povetkin-Whyte 2 fight being placed on pay-per-view again, it’s important that Matchroom Boxing promoter Eddie Hearn beef up the undercard by adding a good quality fight to entice boxing fans to purchase it during the pandemic.

There’s one fight on my mind atm a more dangerous one than benn…avanesyan…we offered benn the fight before, but 2021 there should be a big domestic for the European title after I win in January 🙏🏽🕺🏽

If Kelly beats Avanesyan, a fight against Conor, the son of British great Nigel Benn, would be a step backward with his career.

NEWS:   Conor Benn: 'I can look better than the top dogs' against Samuel Vargas

Benn would be a backward move for Kelly

Unless the money is too good to turn down, Kelly would be better off progressing to the next level by taking on a top 10 contender at 147. The last time Charles Brun checked, Benn isn’t ranked in the top tier at welterweight.

If the money that Matchroom is offering Kelly to fight Benn is life-changing, he should take it. If not, Kelly needs to focus on going after a top ten contender in the 147-lb division or giving Avanesyan a rematch.

At this point, it’s all speculation in talking about Kelly facing Benn in the future. It’s more likely than not that  Avanesyan stops Kelly on January 30th and sends him skittering back to the domestic level.

Kelly is currently barely holding on at the #14 IBF and #15 WBC spot at 147, but if he loses to Avanesyan, he’ll return from whence he came.

If Kelly beats Avanesyan, these are better options for him rather than fighting Benn:

The important thing is that Kelly is fighting guys that are rated in the top 10, not the second-tier fighters like Benn.

Again, if Hearn wants to let Kelly wet his beak on some cold hard cash that would change his life, it makes sense for him to fight Benn. But taking that fight for chicken feed money would be the wrong career move.

Adding Kelly vs. Avanesyan to Whyte vs. Povetkin card will go a long way to creating some interest in fans who might otherwise be reluctant at seeing the rematch. Whyte lost many boxing fans last August when he was knocked cold in the fifth round by the 41-year-old Povetkin.

“In regards to Josh [Kelly], we have one name on our mind, and that’s David Avanesyan,” said Kelly’s trainer Adam Booth to Sky Sports News. “That’s all we care about. That’s the European championship and a top ten ranking in the world.

“And that’s where Josh is at at the moment, and I’m told that’s at the end of January. Josh will fight anyone, and domestically the scene is nice and hot. Conor is a great, entertaining addition to it,” said Booth.

Kelly’s only logical thing to do is put all his focus on the fight against Avanesyan in January because the chances are so high that he will lose that contest.

Avanesyan is one of the most improved fighters in boxing, and it’s incredible how he’s changed his game completely. He’s gone from being a fighter with moderate power to a knockout artist who is one of the best body punchers in the 147-lb division.

When you look at those fights and compare them to Kelly’s recent efforts, there’s no way in your right mind that you can give him much of a chance of beating the Russian fighter.

Given that Kelly is likely to lose badly to Avanesyan, Hearn would be more realistic to be talking about matching Benn against him.

The fact that Hearn and Benn are both not saying anything about wanting to make a fight with Avanesyan suggests strongly that they don’t fancy that fight. In other words, the Russian fighter is too talented for Benn and too powerful. 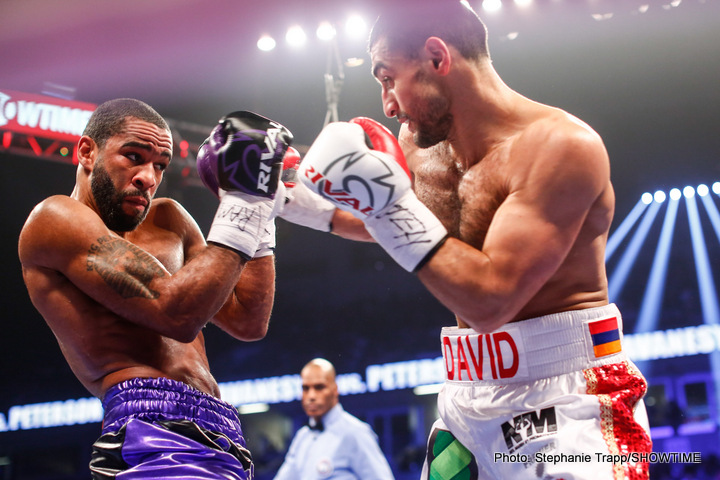 Benn didn’t like getting hit to the breadbasket by Formella last Saturday. Just imagine would Avanesyan would have done to Benn if he’d been the one hitting him in the solar plexuses all night instead of the light-hitting Formella.

“Good performance from Conor Benn last night, but please relax with the ‘he destroys JOSHPBK?’ Josh takes him to school and teaches him his ABC’s. Still different levels IMO but Benn is improving every fight, so fair play💥🥊
— Michael Conlan @mickconlan11.”

🗣️”Josh Kelly will fight anyone!” 🥊@boxingbooth says that @JoshPBK is fully focused on his next fight with David Avanesyan, but would welcome a domestic dust up with Conor Benn in the future pic.twitter.com/tEGCisXLam

Daniel Jacobs using Gabe Rosado as a stepping stone on Nov.27th on DAZN »