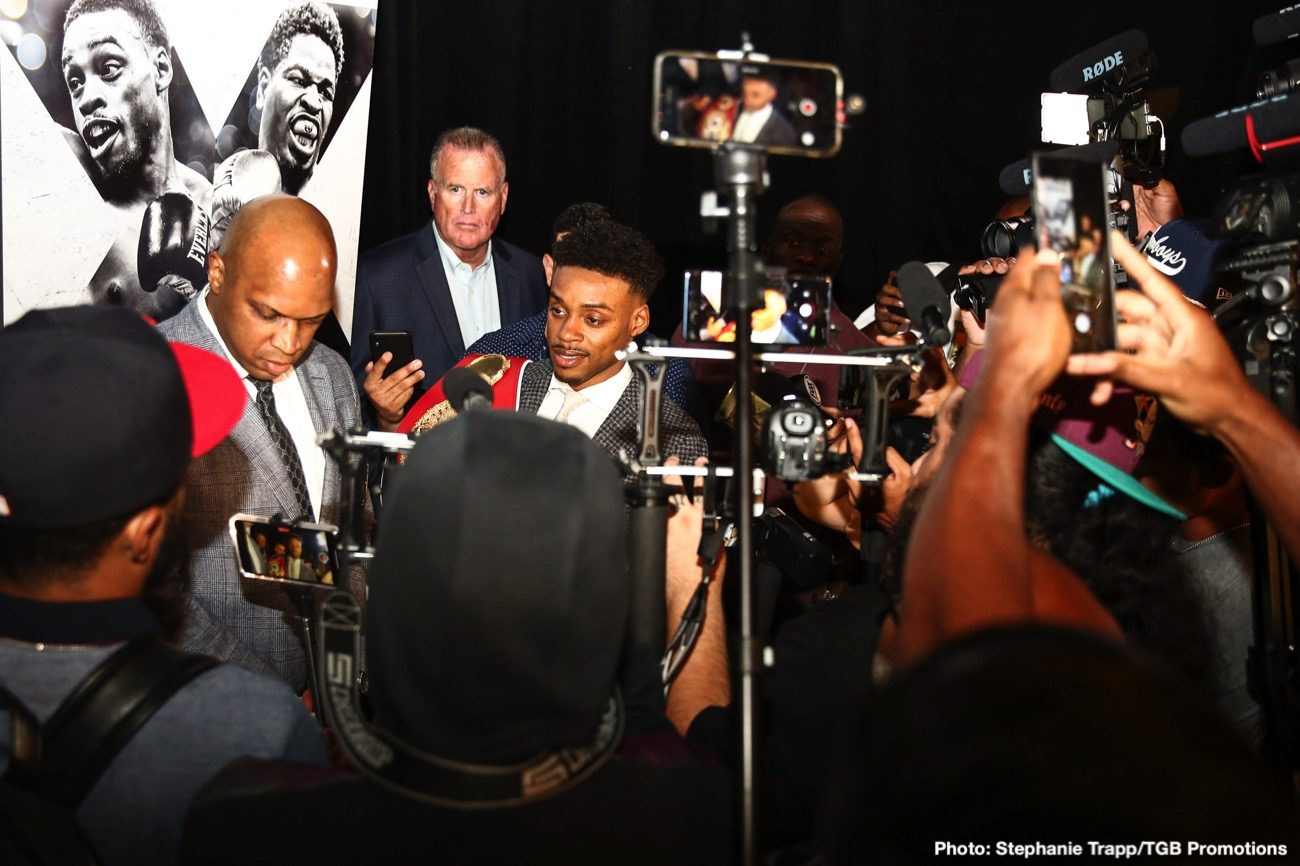 By Chris Williams: Errol Spence Jr says he’s going to want a 60/40 split of the revenue for him to agree to a unification fight against Terence Crawford.  IBF/WBC welterweight champion Spence (26-0, 21 KOs) feels he’s the bigger draw than WBO 147-lb Crawford (37-0, 28 KOs), and because of that he rates the larger share of the pie.

It doesn’t sound good for Crawford. He can be stubborn and get nothing if he digs in his heels and insists on parity with Spence or he can see the light and grant him his wish. If Crawford beats Spence, he can turn the tables for the rematch and take lion’s share of the plunder.

The younger fighter Spence, 30, says he won’t bring up Crawford’s promoter Bob Arum as a reason for he deserves the bigger purse.

Arum has been talking recently about how Crawford needs to help promote his fights. He also mentioned that he’d lost enough money in Terence’s last two fights to buy a house in Beverly Hills.

If Crawford is resistant to the idea of agreeing to a 60/40 split, it’s difficult to imagine Spence backing down from his purse request to meet the Top Rank fighter at midpoint with a 50/50 deal. That’s what Crawford has talked of wanting to get in the past.

Unfortunately for Crawford, he’s NOT a pay-per-view fighter. Although he’s tried twice during his career to fighting on PPV against Amir Khan and Viktor Postol, they failed to bring in a lot of buys, even though the undercards were stacked with talent.

“I definitely should get the bigger share. I’m not going to say what Bob Arum said recently, but the proof is in the pudding who’s the bigger draw. He’s a great fighter, but I feel like 60/40, that’s the right price,” said Spence the athletic.

Spence’s last two fights against Shawn Porter and Mikey Garcia have been been on pay-per-view, and his upcoming December 5th contest against former two-division world champion Danny Garcia is on Fox Sports PPV.

Assuming Spence-Garcia being in a large number of buys, it’ll weaken Crawford’s argument that he deserves to get a 60/40 split. It might even embolden Spence to up the ante and insist on a 65/35 or 70/30 split.

We’ll have to see. It’s safe to say that if Spence vs. Garcia does over 1 million buys, Crawford may need to agree to a 70/30 split if he wants to face the talented Errol.

“I feel like Terence did what he was supposed to do.  And I don’t see it as Brook three years ago. I feel like Brook needs to just retire,” said Spence.

It’s pretty obvious that former IBF welterweight champion Brook (39-3, 27 KOs) was the shell of his former self last Saturday night in his fight against Crawford. If there was any wonder whether Brook was an over-the-hill fighter, it was made clear when Crawford badly hurt him with a jab in the fourth round.

Crawford doesn’t have much time left

Brook’s punch resistance was gone, and he didn’t look healthy around the face. He looked worn out from age, ring wear, and the grueling amount of work that he’d put in to get down to the 147-pound limit for last Friday’s weigh-in. Top Rank chose wisely in picking out Brook, now a 154-pounder, for Crawford to fight rather than a young lion like #2 WBO Vergil Ortiz Jr.

Crawford and his promoters at Top Rank need to have an open mind about the negotiations with Spence. Even if Crawford has to swallow humble pie, it’s better to do that than to be stuck fighting the likes of Kell Brook, Amir Khan, and Egidijus Kavaliauskas for the remainder of his career.

You got to figure that the 33-year-old Crawford has three, maybe four good years left of his prime before he starts getting torn apart by the younger lions. He may not like the idea of agreeing to the 60/40 split that Spence will be offering him, but it’s better than nothing. 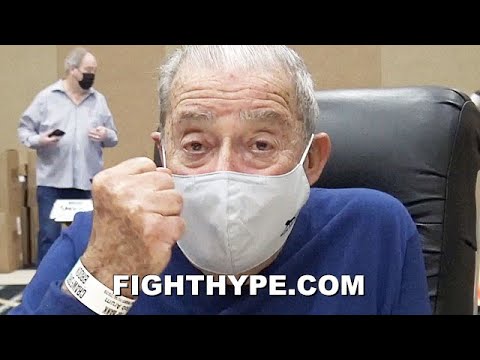 Crawford has still got a year left on his contract with Top Rank, which is said to be expiring in October 2021. While Arum talked last Saturday of the possibility of Crawford fighting Manny Pacquiao in the spring of 2021 in the Middle East, that’s probably not going to happen.

Pacquiao has other fish to fry, namely, Mikey Garcia, who has been desperately banging the drum talking up a Pacquiao fight. That’s easy money for Pacquiao, and is a rematch against the shot Keith Thurman, and possibly Danny Garcia if he doesn’t lose too badly against Spence.

Dillian Whyte says Deontay Wilder must ‘dance to my tune’ »