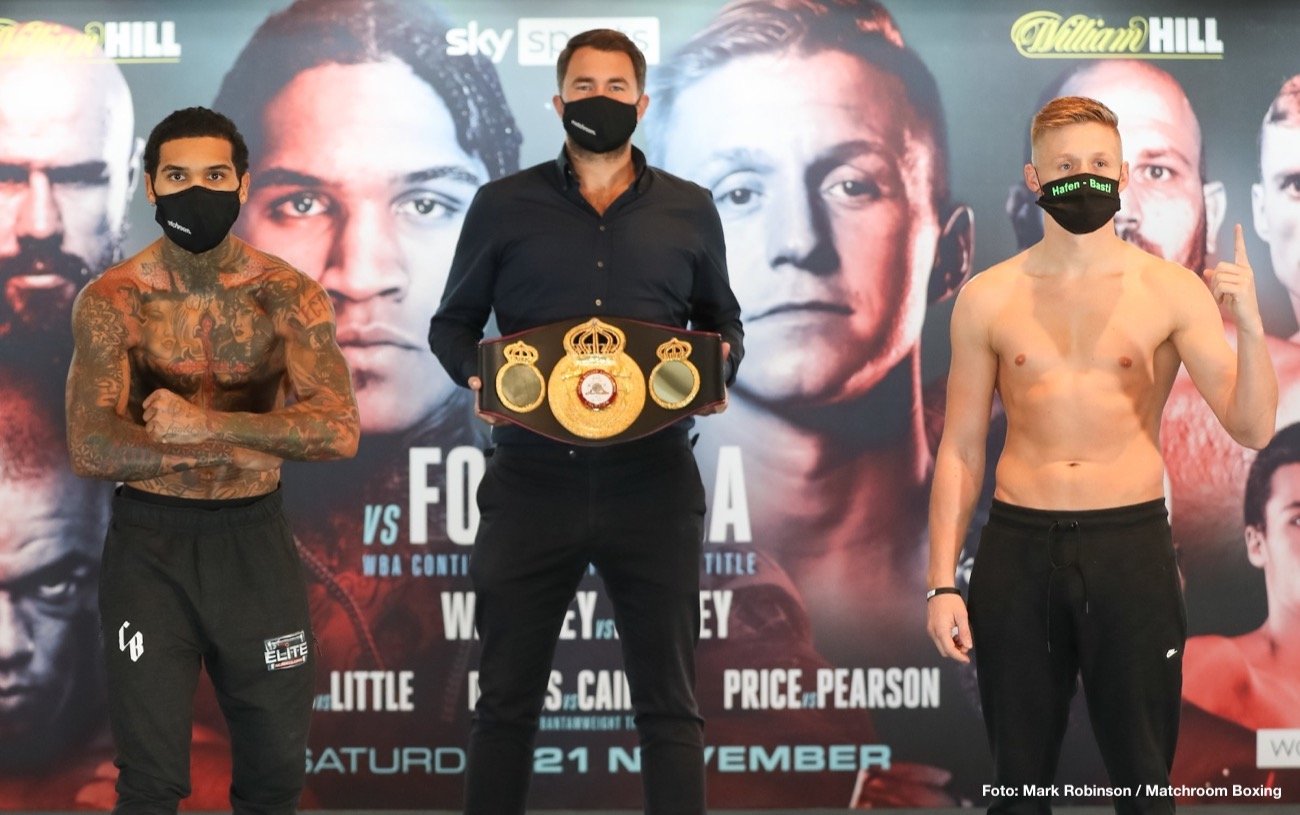 By Charles Brun: Conor Benn weighed in at 146.75 lbs on Friday for his 12-round fight against former welterweight contender Sebastian Formella this Saturday on DAZN at the Wembley Arena in London, England. This is a Matchroom Boxing promoted show.

Promoter Eddie Hearn is still hoping he can slowly build the raw Benn, who is the son of the popular British fighter Nigel Benn. However, there’s a massive difference in talent between Nigel and Conor. It’s obvious at this point that Conor will never be as good as his dad Nigel.

It’s unclear what the end game is for Hearn in keeping Benn around. He’s obviously not heading for world title honors, and it would be unfair to throw him in with any of the talented contenders at 147.

Formella might expose Benn as being a mediocre fighter in the same way Cedrick Peynaud did in their two fights.

Benn being tested by Formella

If Benn were matched against a quality welterweight like Vergil Ortiz Jr, Jaron Ennis, David Avanesyan, or Keith Thurman, it would likely be a massacre. That’s not something that has any chance of changing in four or five years. Benn isn’t talented like those guys.

If Benn beats Formella and that’s a big IF, it would be interesting to see him face a fringe contender like Josh Kelly, Ray Robinson, Josesito Lopez, or Jessie Vargas. Kelly hardly ever fights, so he’s not a true step up from Formella.

Ray Robinson, Lopez, and Vargas would be, though. Avanesyan would be way too advanced for Benn, and he’d likely stop him with body shots. Believe me; Hearn is wise enough not to make that fight.

Even if ‘The Destroyer’ Conor had the amateur experience that Nigel had, he wouldn’t be at his level because he’s not as fast or as explosive.

Beating Formella might not be a significant enough win or the 24-year-old Benn to be given a top 15 ranking, as the German fighter is no longer ranked in the top tier.

The former fringe contender Formella’s recent lopsided 12-round unanimous decision defeat against Shawn Porter last August resulted in him being moved out of the top tier. Porter beat Formella by the scores 120-108, 120-108, and 120-108. Those were the same scores Boxing News 24 had it.

Benn ready to prove himself

Formella was completely overmatched by Porter, and the only reason he didn’t get stopped is that Shawn isn’t a big puncher. Also, Formella did a good job of using movement, which prevented Porter from having a stationary target for him to mug.

“This is another opportunity for me to show where I’m at,” said Benn about his fight against Formella. “This is the perfect opportunity. When I get in there, I plan on shining. I’m the business, I’ve been grafting hard. My four years of apprenticeship is done, it’s finished. I’m ready to prove I’m a contender.”

Conor is looking to pick up another win and look good in doing. This will be Benn’s fifth fight since his controversial six-round points decision over Cedrick Peynaud in December. Benn arguably lost that fight after getting dropped twice in the first and pounded through four rounds by Reynaud.

Although Benn came on and fought well in the fifth and sixth, he still appeared to lose the fight. Since then, Benn has won four fights against these low-level fighters:

“Of course, I will win the fight on Saturday, and I won’t make it easy for him,” said Formella. “I learned to put up my hands and have a good defense,” said Formella about his fight against Shawn Porter.

“I was high up in the rankings, so I am a test for him [Benn]. He’s a good fighter that goes forward, and he’s got good defense. It’s a good step up for both of us. When I win this fight, I got the next good fights for me,” said Formella.

Don’t be surprised if Formella schools Benn and knocks him out of beats him by a decision. 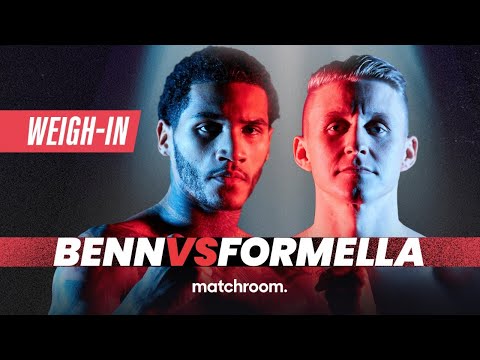 
« Teofimo vs. Kambosos and Franco vs. Moloney III in the works for early 2021