Arum blasts Terence Crawford on his expiring contract: “Do we want to keep him?”

By Matt Lieberman: Top Rank promoter Bob Arum laid into Terence Crawford last Saturday in saying that he’s lost enough money from his last three fights to build a house in Beverly Hills, and he’s wondering whether it’s worth it to keep him when his contract expires next year in October 2021.

Crawford defeated Kell Brook (39-3, 27 KOs) by a fourth-round knockout last Saturday night on regular ESPN. We don’t know what the ratings are yet for that fight, but they might be underwhelming, and that’s bad news for Crawford and Top Rank.

Despite having loads of talent, Crawford hasn’t been able to win over a large fan base the way that some thought he would.

With Crawford’s contract about to end with Top Rank next year, they need to decide soon to keep him or to cut their losses. Crawford is one of the many fighters that fail to win wide support among the fans.

Crawford is 33 now and still not fighting on pay-per-view despite years of great match-making by Top Rank. With the type of opposition that

“The question is, ‘Do we want to keep him?’ I could build a house in Beverly Hills on the money I’ve lost on him in the last three fights,” said Bob Arum to @TheAthleticBOX about Crawford.

It doesn’t look like Crawford will stay with Top Rank after his contract with them expires in October 2021. The problem that Top Rank has is Crawford hasn’t been able to become a star like some of their other fighters.

If Crawford does leave Top Rank, he’s expected to sign with Premier Boxing Champions, which presumably would help him get fights against their top fighters.

There’s a good chance that the most popular PBC welterweights won’t bother having anything to do with Crawford if he signs on with their company.

Arum wants Crawford to start helping to promote his fights

“He’s got to promote like [Teofimo] Lopez does, Shakur [Stevenson] does. Like [Floyd] Mayweather did, [Manny] Pacquiao did. If he doesn’t, then who the f*** needs him?

“He may be the greatest fighter in the world, but hey, I ain’t going bankrupt promoting him,” said Arum to @TheAthleticBOX on Crawford needing to start helping to market his fights.

Yeah, Crawford can probably get fights against Yordenis Ugas and Shawn Porter, but they aren’t the guys he’s targeting. Crawford wants Manny Pacquiao and Errol Spence Jr to fight him, and that may not happen.

For example, Teofimo Lopez is ten years younger than Crawford at 23-years-old, and he’s already arguably a bigger star. A big part of that is Teofimos personality. He’s got loads of charisma, he’s outgoing, and he fights excitingly.

Crawford is a counter puncher who tends to start slowly in a reactive mode rather than fighting aggressively.

Arum asking Crawford to help out with the promotion of his fights might be asking too much of him. While Crawford can be more accessible to the media, it won’t help if he has little to say when interviewed.

If you saw Crawford and Brook’s interview by ESPN’s Max Kellerman last Friday, it was painful to watch. Crawford shut down almost immediately, saying he nothing more to say about the fight.

It left Kellerman in the tough position where he had to go into a monologue to prevent dead air time.

“I’m not doing an interview with you when you’re not a supporter of me,” said Crawford last Saturday night in letting the media know what his conditions are for him to give interviews.

The transactional nature of Crawford’s conditions for him to give interviews to the media will make it difficult for him to create more interest in his fights. If the media have to prove themselves as part of Crawford’s fawning supporters, it could isolate him.

If the media are required to prove themselves as loyal supporters of Crawford before he grants an interview, it’ll put them in the position where they will need to pour on the compliments. That’s probably unrealistic.

Muhammad Ali didn’t turn down interviews from Howard Cossell just because he was occasionally critical during his career.

Ward had Crawford down on the cards

“That’s one of the biggest misnomers in boxing. The guy with the biggest muscles, the best physique is the power puncher and the stronger guy,” said Andre Ward. “Kell Brook, we respect him.

“I mean, the boxing community. You don’t look down on him [Brook]. He took the leap, he took the opportunity, and he ran to it.

“He’s the guy that runs to the fire, not away from it. Terence Crawford tonight started slow, I had him down on the cards, but it’s like that sometimes.

“If you stay around the sport long enough, you’re going to have some bad nights and some bad rounds. You just have to find a way to do it when you’re not at your best when things aren’t going your way.

“That’s why he’s at the top of my pound-for-pound list because he’s not just a frontrunner. He came from behind to land that shot, and he did what he had to do.

“He closed the way a champion is supposed to close, and he reminded the people why he’s atop of the pound-for-pound list,” said Ward of Crawford.

Brook was getting the better of Crawford through the first three rounds, and things looked bleak. Crawford did a little bit better when he changed stances to southpaw, but it wasn’t a huge difference.

The ESPN commentators’ incessant remarks about Crawford being a pound-for-pound appears to be a way of getting boxing fans to come on board the Crawford express. That approach doesn’t work, though.

A better approach to making Crawford a star would be for more highlights of his fights and less wasted time talking about the pound-for-pound stuff, which goes over the heads of casual boxing fans.

Terence made the right adjustments

“I don’t want anybody to downplay this victory for Terence ‘Bud’ Crawford because, as I told you at the beginning that Kell Brook came here to win,” Tim Bradley said in talking about the results of Crawford’s win.

“He was coming off three minor wins, and he faced the pound-for-pound best fighter in the world.

“He made the adjustment, he switched to southpaw, and he got his foot in the right position. He timed the jab of Kell Brook, took it away from him and landed the kill-shot, and then finished the business and closed the show.

“I spoke before about Crawford’s conundrum,” said Mark Kriegel. “He was fighting guys who weren’t even in the ring. And he had to exceed the expectations of even his own trainer BoMac, who figured this would go in nine.

“He had to figure out a way to do something no one else had. [Errol] Spence needed eleven rounds, [Gennadiy] Golovkin needed five against Brook. Crawford did it in four, and he’s the greatest finisher in this sport.”

As far as the credit that Crawford is receiving from ESPN for making adjustments, it’s overrated. Brook was still getting the better of Crawford even after he switched to southpaw.

It wasn’t until Crawford caught Brook with a right hand in the fourth that he was able to snatch victory out of the jaws of defeat. It was just one punch, though. You can’t say Crawford won because o the adjustments he made.

“The reason why I put Terence ‘Bud’ Crawford as the pound-for-pound #1 fighter, let’s look at the sport in general,” said Bradley. “There’s a lot of belts.

“You got guys going up in weight classes, winning straps, but are they fighting the best guy in that weight class? No, they’re not. They’re getting all these accolades and all this praise and everything.

“A lot of people say Canelo [deserves to be #1 pound-for-pound because Canelo went up five weight divisions and fought for a title and won five world championships or four world champions in four different weight classes and they’re giving him that praise.

“I get that, but the circumstances are diffident with Terence Crawford because people don’t want to dance with him. They really don’t.

“I was optimistic about the Spence fight happening, but now I don’t think it will happen,” said Bradley in believing that Spence won’t fight Crawford. 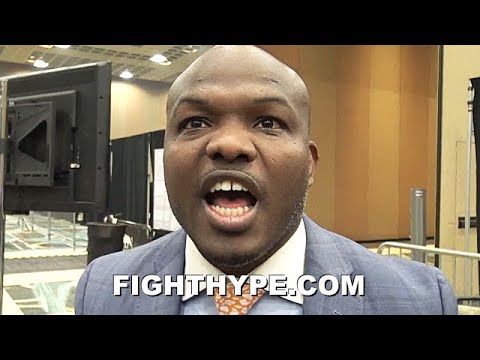 IBF/WBC welterweight champion Errol Spence Jr has a full plate in 2021, and he’s not likely to bother facing Crawford. It’s not something where Spence is avoiding Crawford out of fear.

Rather, it’s more of a case of Spence setting up money fights against Manny Pacquiao, Shawn Porter, and possibly Keith Thurman.

“I don’t agree with that. I think that fight is going to be made,” said Ward on the Crawford vs. Spence clash. “I don’t know when but I think it’s going to be made, and hopefully when both fighters are in their prime.

“I also think Errol Spence can fight in any era. Errol Spence, his record is something that you just brush over.

“Both fighters [Crawford and Spence] are in their own lane, and both fighters are going to be Hall of Fame fighters. I just hope and believe that at some point soon, we get to see these guys fight,” said Ward. 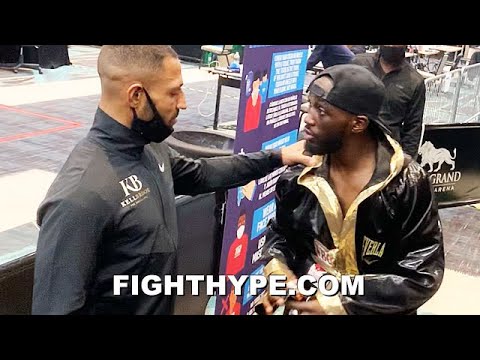 You have to respect Kell Brook. He’s come up short some his biggest fights (outside of Porter) but he’s got the heart of a Lion. Fearless. Respect Champion.

Spence and Crawford will fight sooner or later, as Ward says, but probably not in 2021. The head honchos at PBC will likely wait until Crawford leaves Top Rank before they elect to make a fight between him and Spence, which means we won’t see those two battling each other until 2022 or later.