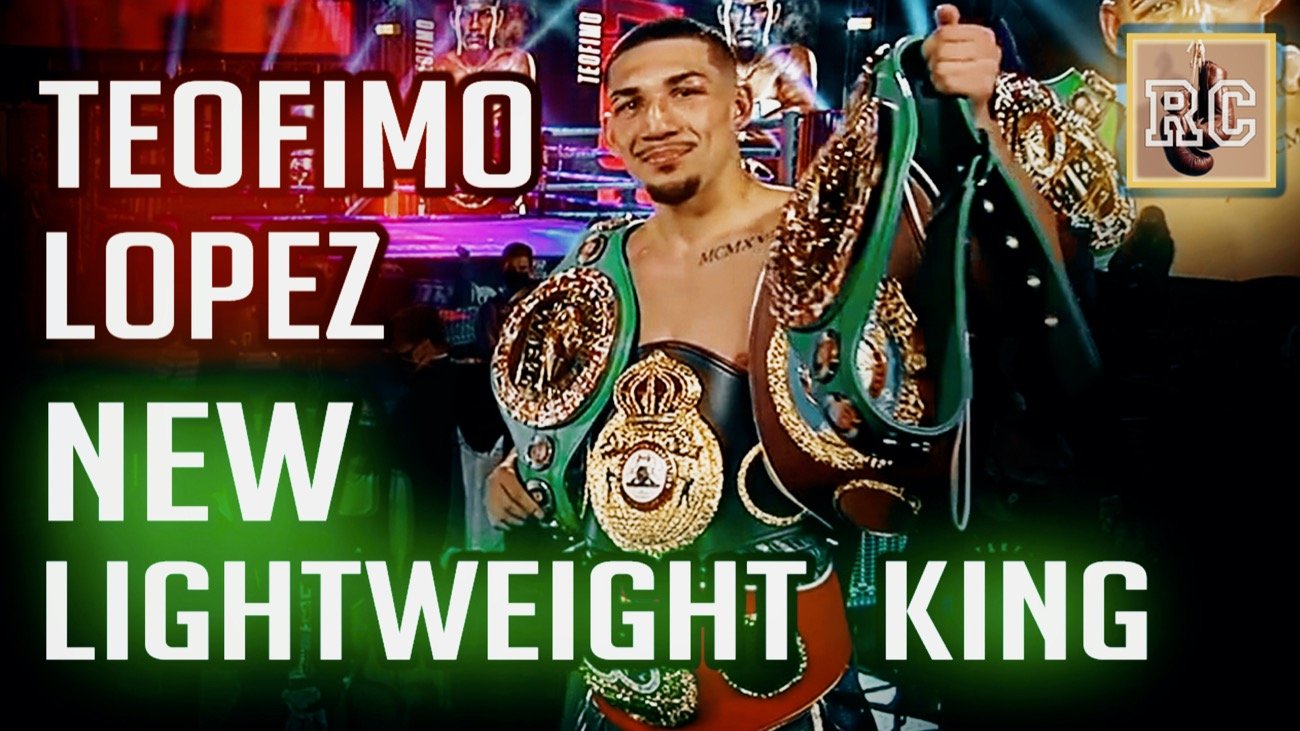 By Rummy’s Corner: Last Saturday night at the MGM Grand in Las Vegas, Nevada, in a bout that was televised on ESPN, boxing fans were treated to their first high profile championship contest since COVID-19 resulted in unprecedented global lockdowns.

Lomachenko entered the ring as the unified WBO/WBA lightweight world champion, and Lopez entered as the IBF lightweight world champion. Going into the contest Lomachenko was widely viewed as one of the greatest Pound-for-Pound boxers in the world. Indeed many, if not most, observers believed that Lomachenko was the best of the best. Meanwhile Lopez was viewed as a hungry young powerhouse with lots of potential. But the expectation of most was that the skills, smarts, and experience of Lomachenko would win the day against the youth and explosive power of Lopez.

Unfortunately for Lomachenko, Lopez had other plans.

Lopez seized command of the action early and he was clearly in control of the first half of the match up. Realizing his strategy was doomed for failure, Lomachenko finally changed things up and had a rally of his own during the later rounds of the fight. In the 12th and final round, Lopez reasserted himself and sealed the deal. At the conclusion of 12 rounds of action, Lopez was awarded a unanimous decision victory with scores of 116-112, 119-109, and 117-111. With the victory Lopez became the new unified IBF/WBO/WBA lightweight world champion. At just 23 years old, this was a mighty impressive feat.

The fight was entertaining enough and competitive enough that many fans are interested in a rematch. Although with the continued changing landscape of the boxing business resulting from COVID-19, it is difficult to predict whether such a rematch might happen, and if indeed it does happen, it may not happen any time soon.

Either way, Lomachenko made an admirable account of himself, and Lopez proved that he is an elite level operator in his own right. Whatever these two each decide to do next, whether it is a rematch, or whether they go their separate ways, fans are eager to see what each of these great boxers does next!

This edition of Rummy’s Corner will provide a quick recap with some thoughts on the unification bout between Teofimo Lopez and Vasyl Lomachenko. For one man’s take on the fight, please watch and enjoy the video.

Juan Estrada vs. Roman ‘Chocolatito’ Gonzalez rematch will be huge in 2021 »