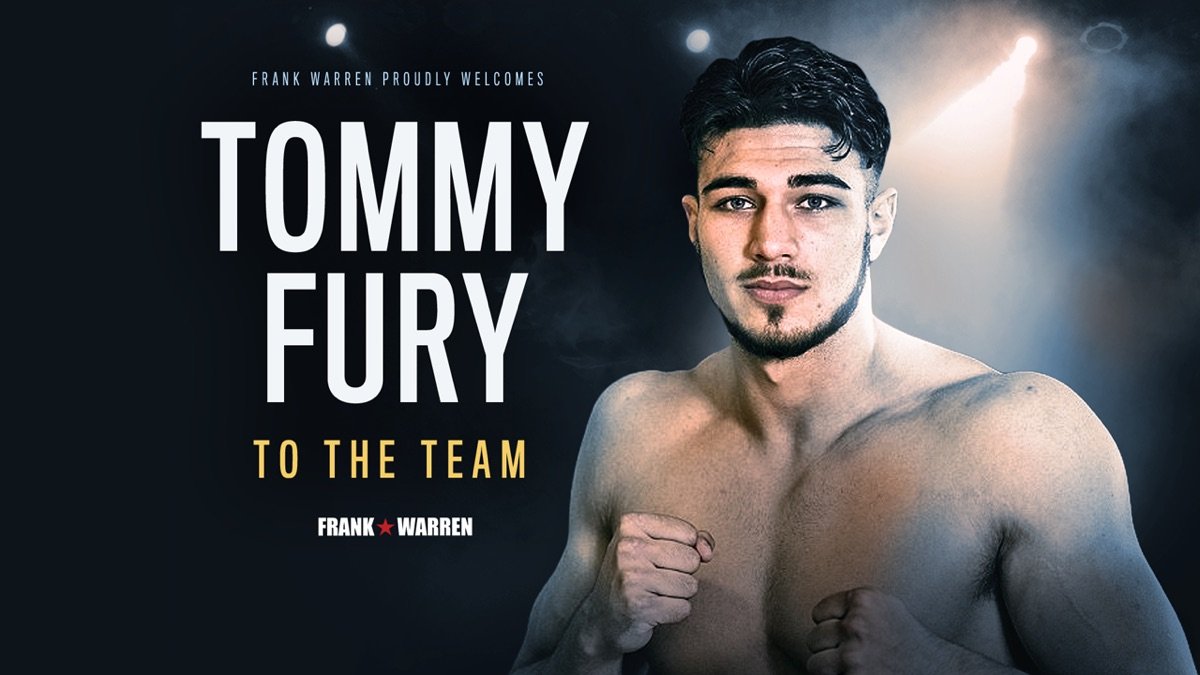 TOMMY FURY ADMITS his recent grueling training sessions with SugarHill Steward have “opened his eyes” and insists he is excited to show the world the improvements he’s made to his game.

SugarHill, the nephew of legendary ‘Kronk Gym’ trainer Emmanuel Steward, is credited with having helped mastermind Tyson Fury’s astonishing victory over Deontay Wilder in their rematch earlier this year.

With ‘The Gypsy King’ readying himself for a first homecoming defense of his WBC title in December, SugarHill was flown in to help oversee his camp, and the younger Fury wasted no time in making sure he got some training time with the American.

“(I learned) a lot of things,” said Tommy. “When you train with Sugar, he strips you down to nothing and makes you feel like you’ve never boxed before in your entire life. That is how I was feeling. I felt demoralized. Every little thing I was doing, from my feet upwards, he was stopping me, correcting me – saying this is how you do this, this is how you do that.

“To spend a few weeks with him, just going through the same stuff, it’s really opened my eyes.

“Sugar is a world-class technician; Tyson is not going to go wrong with him. No one can go wrong with SugarHill as he’s just got all that knowledge.”

Under the watchful eye of dad Big John Fury, Tommy returned to the ring after a stint on ITV’s Love Island in December last year. On that night, he scored a huge first-round KO, and the 22-year-old Light Heavyweight can’t wait to show off the improvements he’s made with both his dad and SugarHill.

“My only aim now, when I get in that ring, is to show everybody that I’ve got different aspects to my game. I know it’s very early days (in my career), but I’ve not shown a glimmer of what I can do.

Tommy returns on another huge night of boxing on BT Sport on November 13th – a show that will be headlined by the British Middleweight title bout between Battersea’s Denzel Bentley and Oldham’s Mark Heffron.

The two domestic Middleweights first met on September 12th, battling a rare unanimous draw in what many consider to be the best fight of post-Lockdown British boxing.

Fury admits he’s happy to be sharing the bill on November 13th with such a highly anticipated scrap, and like boxing fans up and down the country, he’s struggling to pick a winner.

“I couldn’t really pick a winner last time, but I definitely can’t wait for the rematch!” he said, adding, “and how much better is it that the British title is on the line?”

“That changes things. Whoever wins this will be the British champion, and that’s obviously a huge thing. I think it’s going to make for ten times more of a fight… you’re going to see the best out of both men.

Despite being the sibling of boxing’s biggest star, Tommy is ambitious in his own right and, seeing inspiration in Denzel Bentley and Mark Heffron, wants to be fighting for a British title before long.

Another Light Heavyweight showcase on November 13th is up first, though, and Fury is pretty clear what fans can expect.
Asked his plans for his November foe, Fury laughed: “A big dirty knockout.

Kambosos Jr: “Lee Selby Will Retire After This Fight!” »