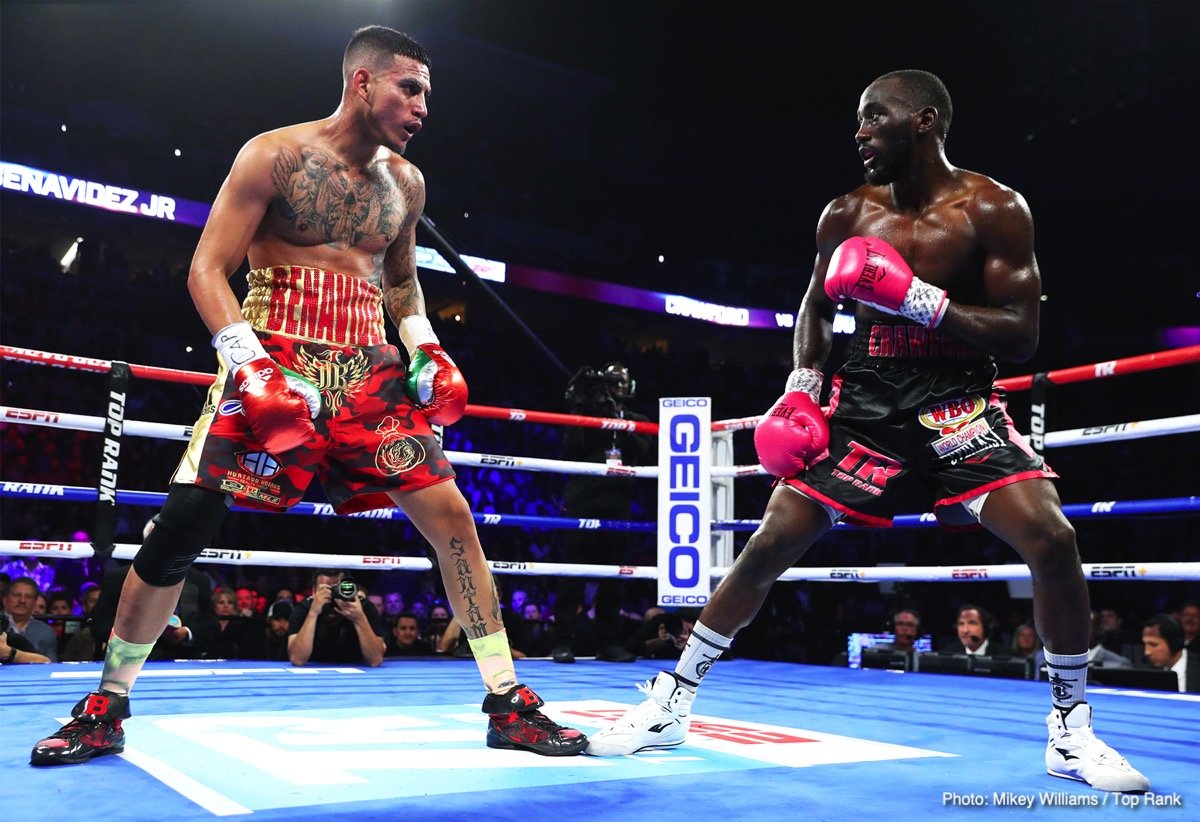 By Chris Williams: Bob Arum revealed on Wednesday that Terence ‘Bud’ Crawford would be making a defense of his WBO welterweight title next month against former IBF 147-lb champion Kell ‘Special One’ Brook on November 14th on ESPN.

Arum, who heads Top Rank, says the Crawford vs. Brook fight will cost a lot of money, but it’s happening.

Brook and Crawford are both around the same age at 34 and 33 respectively. The only difference between them is the activity level in the last three years of their careers, given that Crawford has been a lot busier.

The 2015 version of Brook would likely be considered the betting favorite to beat Crawford. If you could take that version of Brook and stick him in the ring with Crawford on November 14th, he would have an excellent chance of beating him. But even now, Brook is bigger, stronger, and arguably more rugged than Crawford.

Brook used to be one of the most popular fighters in the United Kingdom, but injuries, inactivity, and years of taking soft fights had diminished the enthusiasm the British public has for him. Indeed, Sky Sports passed up on the idea of showing the Crawford vs. Brook fight in the UK.

Take that whichever way you want, but it’s a sign that Brook is no longer on the A-list for fighters that the networks in the UK are interested in showing. If Brook’s career was humming along like Anthony Joshua’s would Sky have rejected the idea of showing the Crawford fight?

Where Brook has gone wrong with his career, besides his bad decision-making in facing middleweight champion Gennady Golovkin in 2016, was by him spending the last three years taking tune-ups.

At some point, Matchroom Boxing promoter Eddie Hearn should have napped Brook back into reality by letting him know that he was ruining his career by fighting poor opposition and fighting irregularly. I mean, Brook has only fought three times since 2018.  He should have fought over twice that amount by now. If Brook had done that and fought just the best, it’s safe to say that his career would be at a different place right now.

The Crawford vs. Kell fight won’t be on pay-per-view on ESPN, which makes sense because it’s not one that would sell. Brook has fought only twice in the U.S during his 16-year pro career, and that was many years ago.

Brook an unknown in the U.S

Only a handful of Americans likely remember Brook’s controversial 12 round majority decision victory over Shawn Porter in August 2014, a fight in which Kell used the punch-and-grab technique to win an ugly victory.

Chris Williams had Porter winning the fight nine rounds to three on the night, as Brook did too much holding for him to deserve the win. Needless to say, Brook isn’t a household name in the States, so this isn’t a fight that Top Rank could sell to the U.S public on November 14th.

Arum nixed the idea of putting the Crawford-Brook fight on pay-per-view, saying this:

“These networks have to understand how people are hurting, how many people in this country and in the U.K. are out of work because of this pandemic,” Arum said in a rant in a news conference on Tuesday.

“I think it’s really immoral to require people to spend [more] money watching their favorite sport every week, every other week.”

Crawford is one of the best fighters in the United States, but he needs a popular opponent like Errol Spence Jr or Manny Pacquiao for him to fight on pay-per-view. Brook doesn’t do the job.

As of now, the site for the Crawford-Brook contest is still up in the air. If not for Crawford wanting it to be staged in his hometown of Omaha, Nebraska, the fight likely would have already been set for Las Vegas, Nevada.

Given the inability to stage fights in front of crowds, there’s no point in having Terence (36-0, 27 KOs) defend his World Boxing Organization welterweight strap in Omaha.

Crawford hasn’t fought anyone as good as Brook

Despite Brook (39-2, 27 KOs) being 34-years-old and having done nothing with his career in the last three years since his 11th round knockout loss to Errol Spence Jr in May 2017, he still figures to be the best opponent of Crawford’s career.

Although Crawford is rated highly by a lot of ultra-hardcore boxing fans, he hasn’t beaten anyone good enough to be worthy of the praise that he’s received. 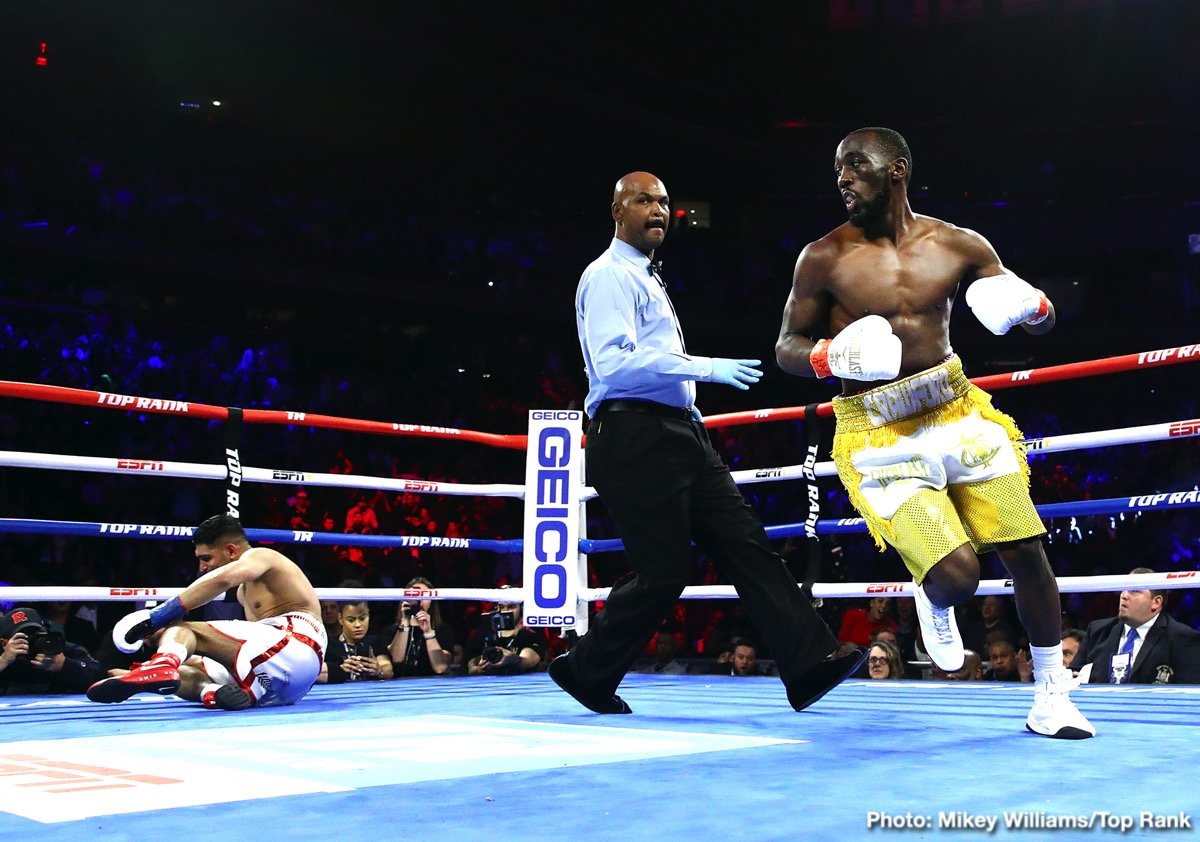 When you look at Crawford’s record, which is filled mostly beatable guys, he hasn’t fought the top-echelon level fighters for anyone to know if he’s a legitimate talent or just someone that has taken advantage of the careful match-making done by his promoters at Top Rank.

Crawford comes into the fight with Brook rated #4 on Ring Magazine’s pound-for-pound ratings. Terence would be ranked possibly at #1 if he had wins over notable fighters like Spence, Shawn Porter, Pacquiao, Keith Thurman, and Danny Garcia.

Crawford’s best win in his 12-year career is arguably his victory over Yuriorkis Gamboa in 2014, and that was a fight in which he had a tremendous size advantage over the talented Cuban fighter.

The next best opponent Crawford has fought is a toss-up between Amir Khan and Jeff Horn. I think you get the idea. Terence hasn’t fought anyone really great during his career, and that’s factored into the ranking Ring Magainze has given him in their pound-for-pound list.

For Crawford, this isn’t the fight that he wanted. He was hoping to fight Manny Pacquiao, but Arum wasn’t able to put that match together with the 41-year-old Filipino star. If Pacquiao does fight in 2020, it’s believed that it’ll be against either Mikey Garcia or Conor McGregor. 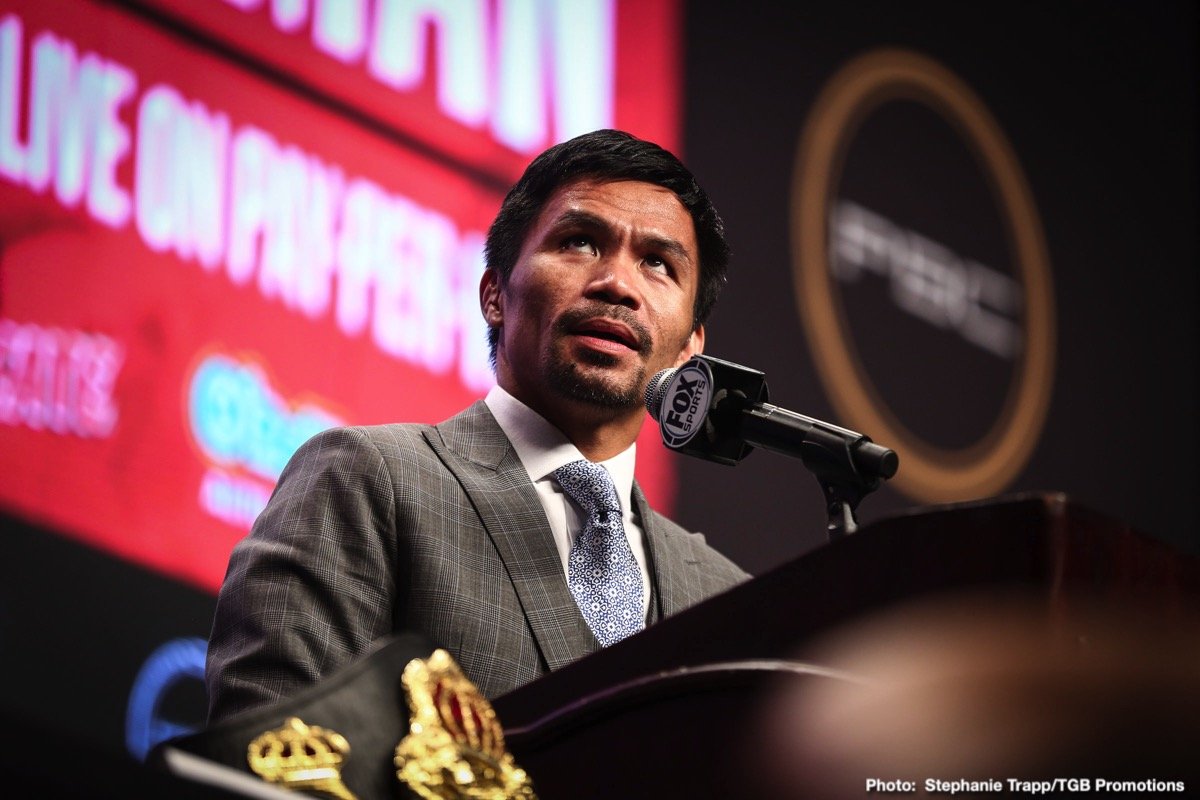 Crawford captured his WBO 147-lb title in May 2018, beating former Top Rank fighter Jeff Horn by a ninth-round knockout. At the time, that win seemed like a big deal, but Horn has since been knocked out by Michael Zerafa and Tim Tszyu in a more impressive fashion than the way Crawford did.

Those guys aren’t exactly the murderer’s row of the 147-pound division. Being matched up against those types of fringe contenders, it’s made things easy for Crawford to hold onto his WBO title without the worry of losing it to a talented contender or champion.

Shawn Porter wanted to fight Crawford in 2020, but there wasn’t interest. It’s unclear why Crawford didn’t show eagerness to take the fight, but it’s likely the lack of a crowd. Without a live gate, Crawford vs. Porter would need to be sold on PPV.

Unfortunately, that’s a fight that would likely bring in big numbers on pay-per-view. Porter was recently beaten by Errol Spence Jr by a 12 round split decision  in September 2019, and he’s fought once since, beating little known German contender Sebastian Formella.

Boxing fans wouldn’t be keen to order a PPV fight between Crawford and the recently beaten Porter in 2020. Additionally, Porter won a controversial 12 round split decision over YordenisUgas in March 2019 in a fight that many people saw going the other way.

In reality, you can argue that Porter has lost two out of his last three fights since 2019. With that kind of record, it’s no wonder why Crawford chose not to fight Porter.

But with that said, Porter would still be a better option for Crawford to fight than Brook, but it comes down to the money, though. Brook likely was someone that Top Rank could afford to get for Crawford. Porter would undoubtedly want more money.

Kell is relatively fresh at 34

Other than Brook’s fights against Spence and Golovkin, he hasn’t taken a lot of punishment in his career. Even in the GGG fight, Brook suffered an injury in the 5th and got out of the fight without getting hit a lot.

He dodged a lot of Golovkin’s best punches before the referee stopped the contest in round five. Brook is fresh for a 34-year-old fighter but very rusty.

The ring rusty will make it difficult for Brook to win this fight because he’s taking a huge step up in class from the lesser guys he’s been facing since 2018.