By Aaron Fox: Announced today is BT Sport Box Office pay-per-view will be showing the Mike Tyson vs. Roy Jones Jr exhibition fight on November 28th at the Dignity Health Sports Park in Carson, California. The price for the Tyson-Jones Jr event has yet to be determined.

The World Boxing Council made news this week with them creating a new belt called the ‘WBC Frontline Battle’ title for Tyson and Jones to fight over on November 28th. It’s unknown if the winner of the Tyson-Jones fight will defend the Frontline Battle belt in future exhibition matches or if this was just a one-off. 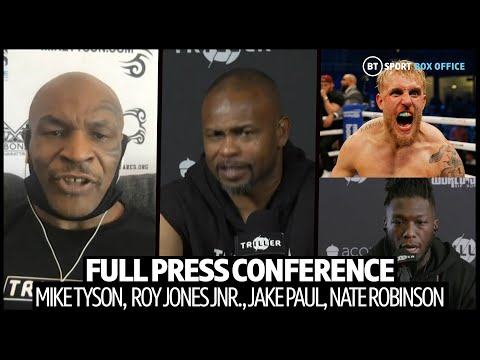 It would be a good idea for BT Sport not to price the Tyson vs. Roy Jones fight at too high of a number, as there are a lot of boxing fans that don’t like the idea of paying to see an exhibition match between two ex-fighters, who are both half a century old.

If the Jones-Tyson fight brings in poor PPV numbers, the promoters will know not to price the events too high. After all, we are still in the middle of the pandemic with many boxing fans unemployed or underemployed.

Bad timing for another PPV event

The economy isn’t booming enough for a lot of fans to afford to pay to see an exhibition fight between two older fighters, who haven’t fought in ages.

There is interest from people in seeing former IBF/WBA/WBC heavyweight world champion ‘Iron Mike’ Tyson (50-6, 44 KOs) fight again, but not likely enough for them to pay $50+. His opponent, 51-year-old Roy Jones Jr (66-9, 47 KOs), hasn’t been retired long enough for there to be a great deal of interest in paying to watch him fight.

Jones last fought in 2018 in beating journeyman Scott Sigmon, and his career has been limping along since 2004. That’s arguably when Roy should have retired from boxing following his second-round knockout loss to Antonio Tarver.

Since the loss toTarver, Jones has been beaten by these fighters:

On the undercard, Youtube star Jake Paul and Nate Robinson, an NBA player, will be fighting, as well as former two-division world champion Badou Jack vs. Blake McKernan.

Also on the card, cruiserweight Viddal Riley battles Rashad Coulter. The hardcore boxing fans will be more familiar with Badou Jack than any of the other names on the undercard, but Youtuber Jake Paul is expected to bring in a lot of his fans from Youtube, who aren’t boxing fans.

Adding Paul to the card will potentially bring in a lot of viewers, but they obviously won’t be watching to see the main event between the two 50+ year-old former world champions Tyson and Jones.

Many of the fans have seen either of those fighters before. Indeed, Tyson’s career ended before many of the Jake Paul fans were born back in 2005.

You can argue that the organizers of the Tyson vs. Jones card would do better if they took a broom and swept out all of the undercard fighters and started from scratch. 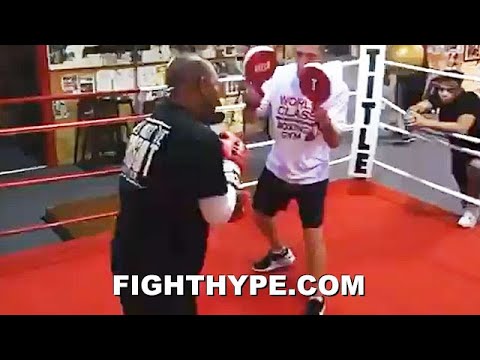 All the money that the promoters are putting into the current undercard for the Tyson-Jones even would be better spent if they just one decent fight on the card involving talented contenders.

So instead of seeing Youtuber Jake Paul vs. NBA player Nate Robinson, boxing fans would like to see someone relevant to the sport like Errol Spence, Shawn Porter, or Keith Thurman. One of those guys fighting a top contender.