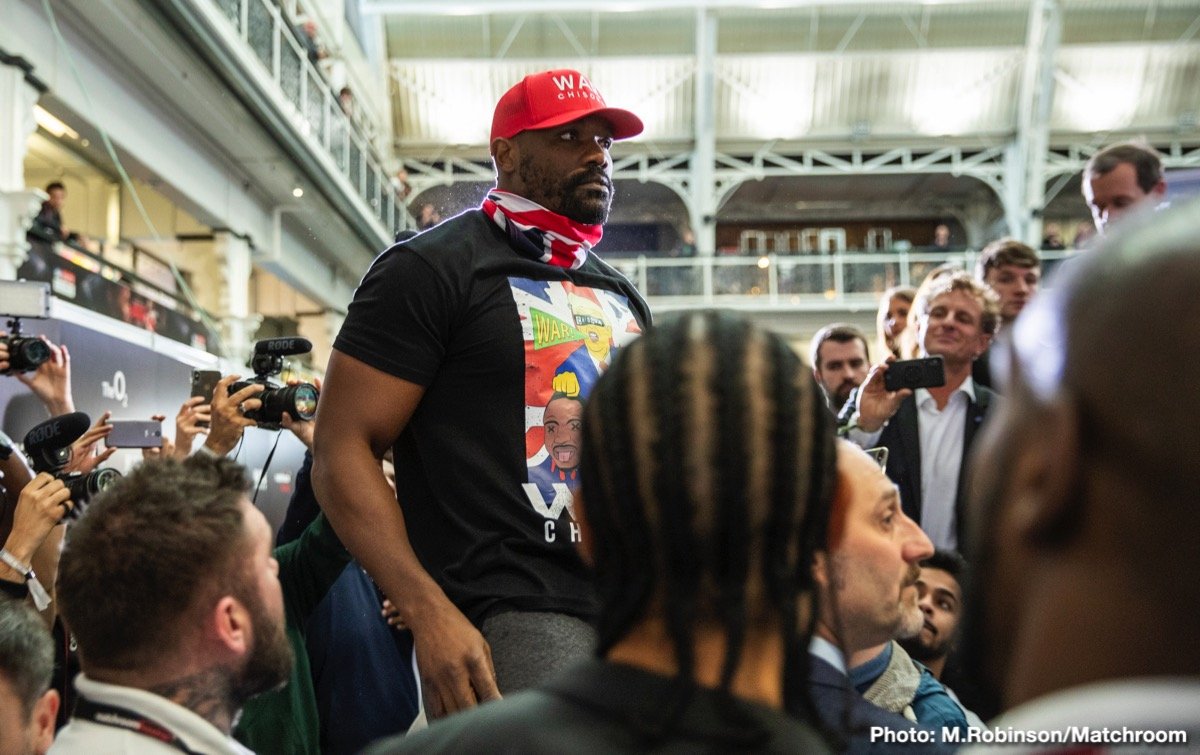 By Jim Maltzman: David Haye isn’t sure yet whether WBO will transfer the mandatory status from Oleksandr Usyk to Dereck Chisora if Delboy beats him on Saturday night.

As of now, Haye he’s still waiting on the WBO to let him know if Chisora can take Usyk’s mandatory spot away. If not, Chisora will have to be satisfied with just winning the fight against the 33-year-old Oleksandr and forget about getting a title shot.

The first hint that Chisora wouldn’t be taking the WBO mandatory spot away from Usyk came during an interview this week. When Usyk was asked about his thoughts on WBO mandatory position being on the line, his manager Alex Krassyuk was surprised at the question.

He made it clear that Usyk is already the WBO mandatory, and it won’t be on the line. In other words, the Chisora fight is just a tune-up in which Usyk wouldn’t be risking anything. 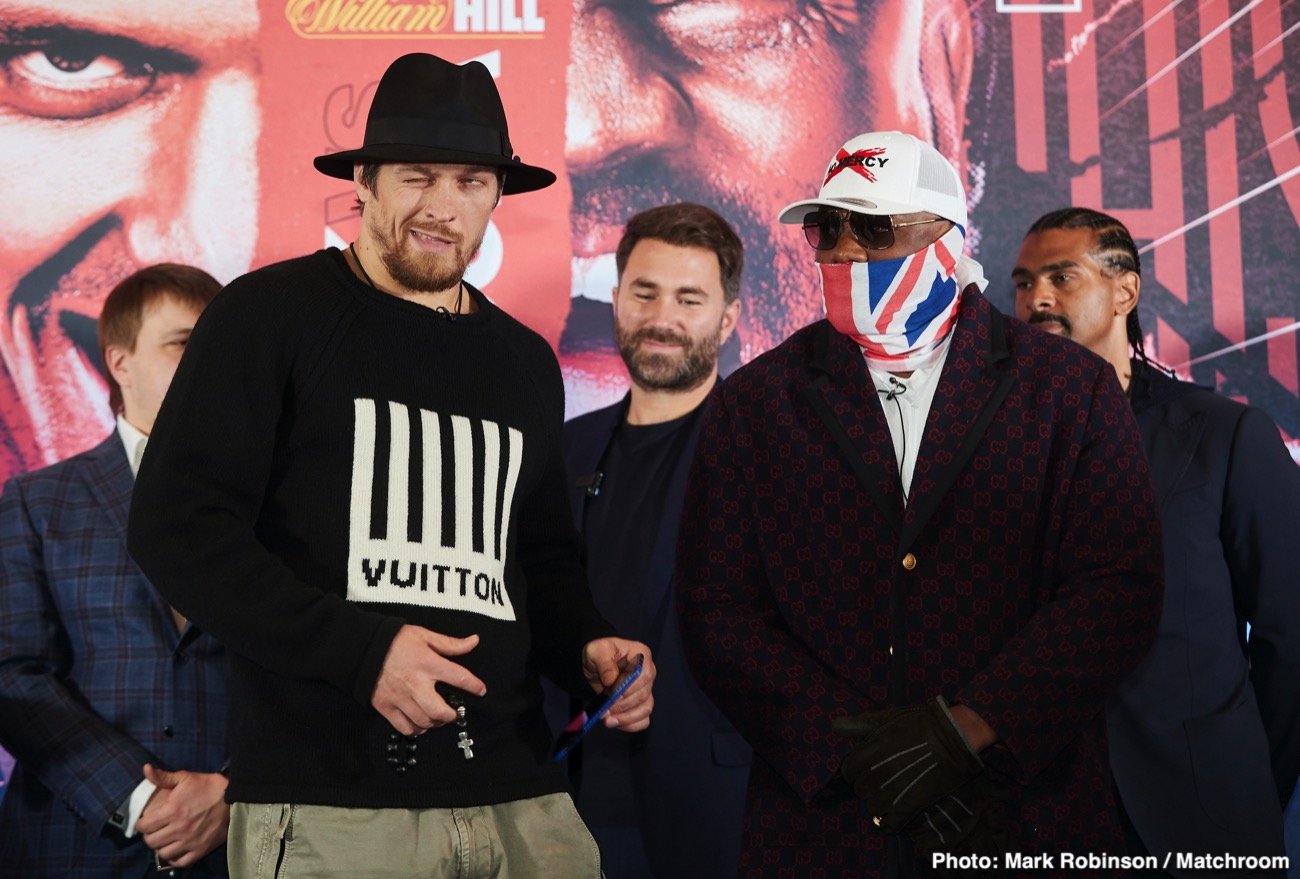 “I’ll find out this week. I’ve written a letter to Paco [Valcarcel], the president of the WBO, stating that Dereck should be, by beating the mandatory [Usyk], he should become mandatory himself,” said Haye to IFL TV. ”

“There’s only so many times he can go to the well. If there’s ever a chance for him to get a world title shot, it’s off the back of this victory.

“We believe common sense will prevail and that the WBO, a great organization that Dereck has worked closely with for many years, this is his opportunity. This is something on the sidelines,” said Haye.

Chisora will be disappointed if the World Boxing Organization doesn’t put Usyk’s mandatory status up for grabs for the fight.

If they don’t, it’s a wasted fight for Chisora. Sure, he’s getting a good payday fighting a popular fighter, but he won’t be able to earn a title shot against Joshua if he wins.

As the manager of Chisora, Haye should have made sure the WBO mandatory position was written into the contract so that there would be no guesswork. You can say that Haye dropped the ball by not making sure that Chisora could grab that spot.

Chisora must be his best to defeat Usyk

“To beat Usyk, he’s going to have to do something he’s never done before,” said Haye on what Chisora has to do fr him to win. “The 40-odd fights that he’s had will not be good enough for him to beat Usyk. 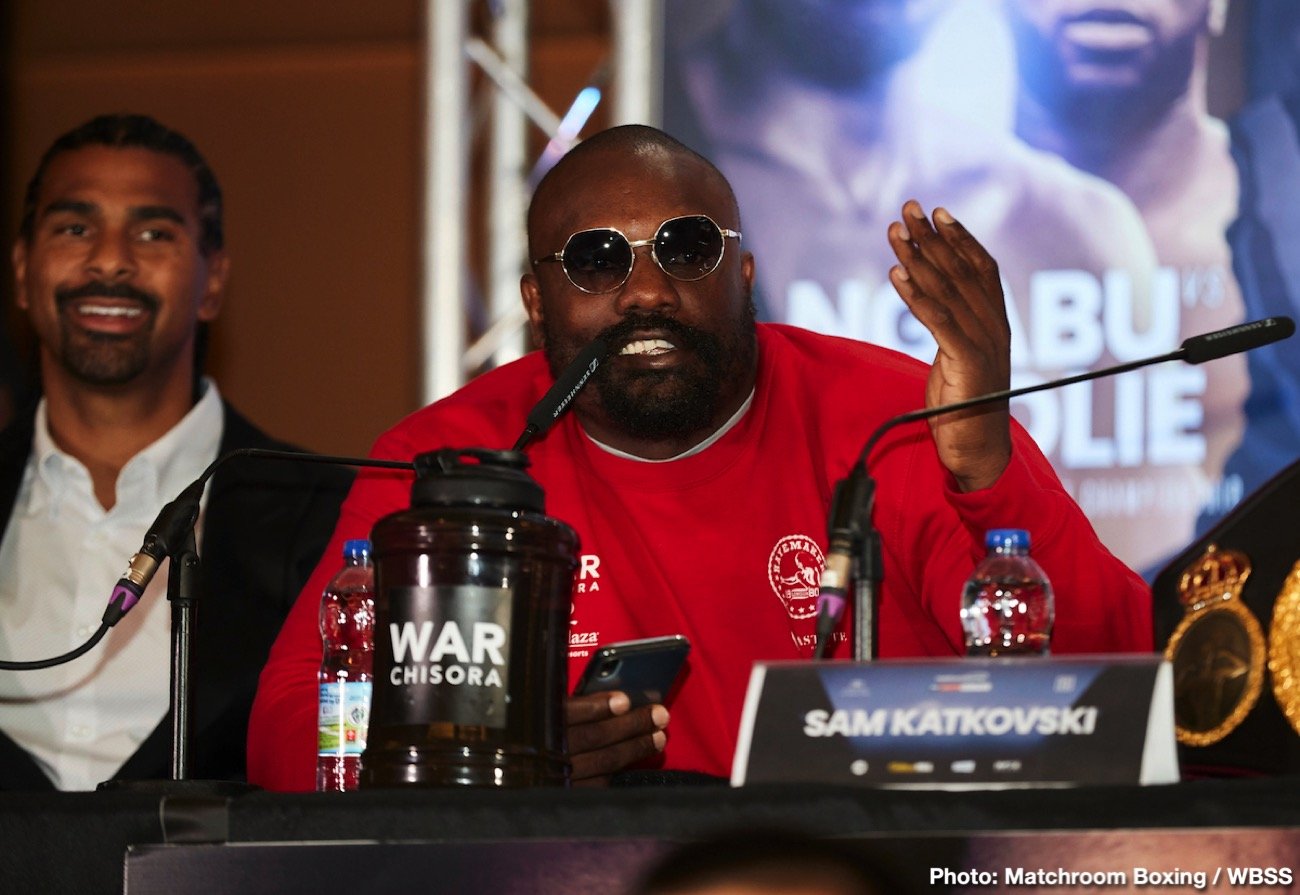 Chisora looks in great shape heading into Saturday’s fight, but we don’t know if that’s going to be good enough. Usyk has got a good set of wheels, and he’s going to be evasive in the early going like he always is.

“An upset brewing, I can feel it,” said Haye in predicting a win for Chisora against  Usyk. “Usyk is in a fight against a guy that is significantly bigger than him. 20 kilos. Is there another upset coming? I think there is, I really think there is,” said Haye.

That would be a great win for Chisora if he beats Usyk, but it won’t be the biggest on British soil in heavyweight boxing history. Haye is getting a little carried away in talking about that.