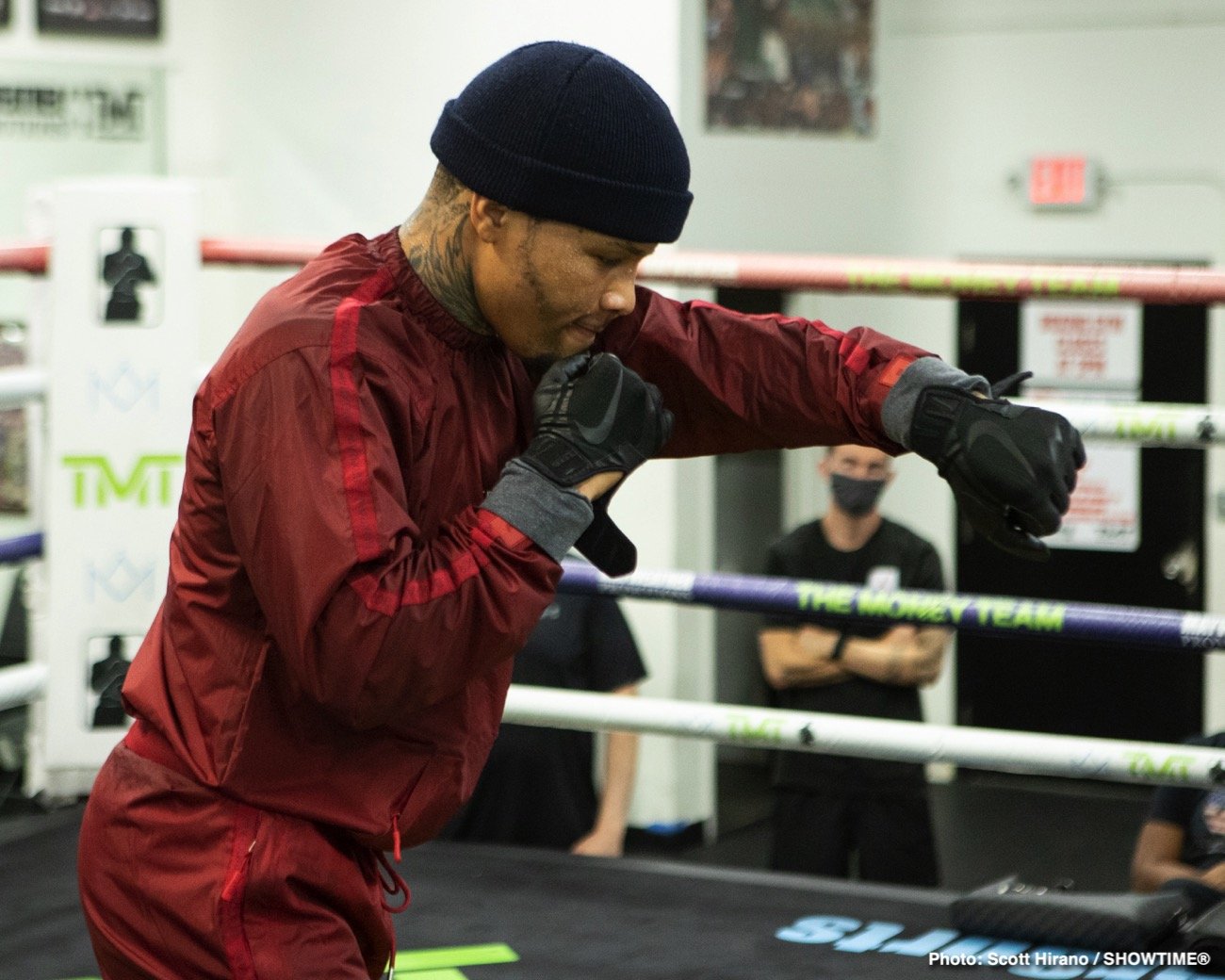 By Dan Ambrose:  Leo Santa Cruz (37-1-1, 19 KOs) is given very little chance of defeating Gervonta ‘Tank’ Davis (23-0, 22 KOs) this Saturday night by fighters. They collectively see the younger, stronger fighter Tank as being too powerful for Santa Cruz.

The fighters who are giving WBA super featherweight champion Santa Cruz a chance to win the fight are doubtful that Gervonta, 25, can make the 130-lb weight limit without weakening himself.

Davis-Santa Cruz will be shown on Showtime pay-per-view on Saturday, October 31st, at the Alamodome in San Antonio, Texas.

The price tag on the card is $75 on Showtime. In the co-feature, WBA light-welterweight champion Mario Barrios defends against #9 WBA Ryan Karl.

“Davis will go back down to 130. I’m not sure if he’ll make the weight, but if he does, I think he’ll be very dehydrated,” said Teofimo Lopez in analyzing the Davis vs. Santa Cruz fight.

“I got to lean towards Tank, but Santa Cruz is a true champion,” Devin Haney said to Fighthype. “Santa Cruz is always in the gym, always working. You don’t see it from Tank. But Tank is a big puncher.

“He might go in there and land one big punch, and it might be over. With Tank, you can never count him out because he’s got that punching power. Even if he gets tired, you never know. All it takes is one from Tank.”

Tank looks like he’s already on weight right now, and he doesn’t look emaciated. He’s been training for 14 weeks in camp, and he’s taken off a lot of weight. Before Tank started camp, he looked chubby, and there were doubts about whether he could get down to 130. 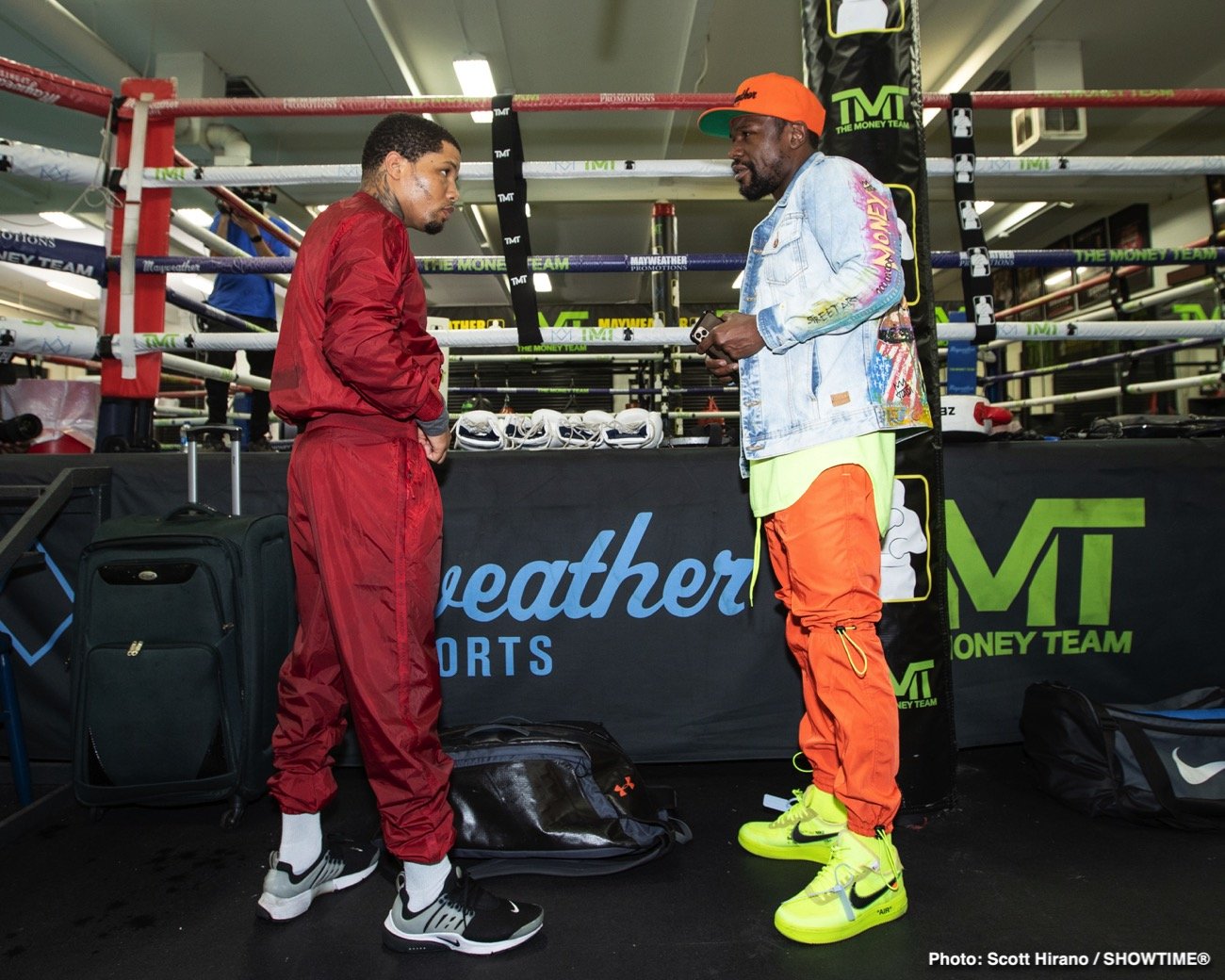 “I don’t see a way for him to beat Davis,” said Carl Frampton in doubting Santa Cruz can win. “What’s interesting is the fight is for world titles in two different divisions. It’s almost like it’s set up for Tank to miss 130 and still have the 135-pound title on the line.

“I looked at him on the Wilder-Ortiz undercard, Santa Cruz, and he doesn’t look like the fighter he once was. I just can’t see a way that he beats Tank. The more the fight goes on, the better the chance he [Santa Cruz] has, but it’s hard for me to see a winner other than Davis here,” said Frampton.

“If Tank can make that weight healthy and get down to 130 without issue, I think Tank being a younger and stronger fighter, of course, you’ve got t lean that way,” said Jamel Herring.

“But with Leo Santa Cruz, you can’t count Leo out also. I heard Leo is working on a hell of a game plan and has things that he wants to do for that fight.

“You’ve got to give Leo credit because I’ve been hearing that he’s the one that called for that. He’s the one that was pushing for that fight. I feel that guys like that when they push for something, it’s that they see something that they feel they can expose,” said Herring.

Carl Frampton seems a little bitter about Santa Cruz choosing not to fight him a third time, but he’s right about Leo not looking good lately. In Santa Cruz’s recent fight against Miguel Flores last November, he wasn’t the same fighter that had captured world titles at 118, 122, and 126.