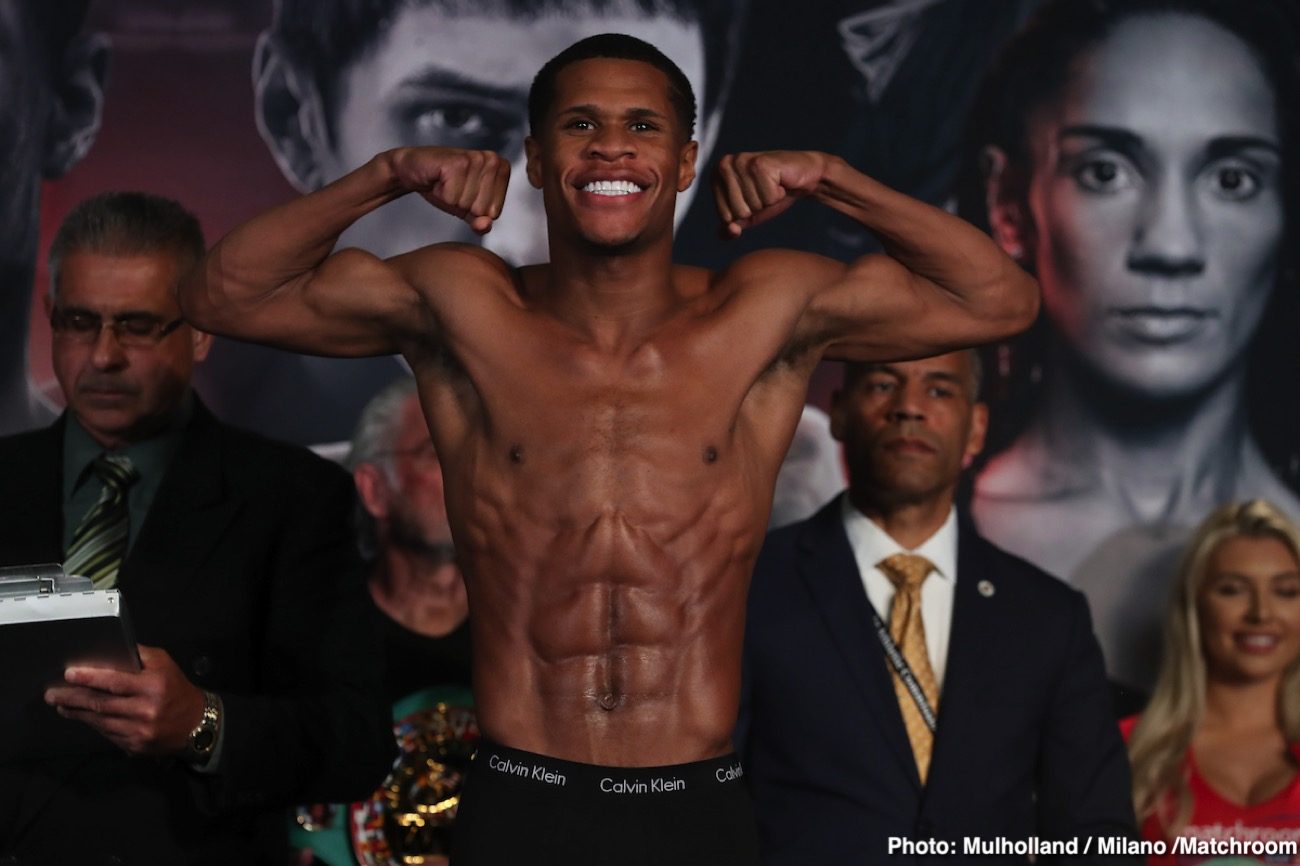 By Chris Williams: Yuirorkis Gamboa and WBC lightweight champion Devin ‘The Dream’ Haney have signed to fight on November 7th, and the fight is now a done deal on DAZN for Seminole Hard Rock in Hollywood, Florida. Dan Rafael is reporting the fight is now official as of Wednesday night.

Gamboa has the potential of making Haney look really bad in this fight, and he might even beat him. Even if Haney wins, Gamboa has the power and the hand speed to make him miserable in winning ugly.

It will be a disaster for Haney and his promoters at Matchroom if he looks bad against Gamboa because they see him as a future superstar.

If Haney is that kind of fighter, then he should beat an old-timer like Gamboa with ease. But if Haney is nothing but hype, Gamboa is someone that can expose him to the light of day. If Haney fails to impress in this fight, it’s going to be a signal to fans that he’s not who they thought he was.

Chris Williams witnessed how bad Haney looked in his last fight against Alfredo Santiago last November, and that version of Devin could lose to Gamboa. Santiago was putting hands on Haney, and him looking flustered and out of sports.

Haney’s promoters at Matchroom Boxing count on the casual boxing fans being familiar with Gamboa and tuning in on November 7th.

He was a special talent for the casuals that remember Gamboa and far above where Haney is now. When the Cuban talent was his best, he was like a miniature version of Mike Tyson with his explosive power and his seek and destroy-type fighting style. Haney doesn’t have that ability.

It wouldn’t be such a bad fight if Gamboa, 38, weren’t so old, coming off a bad Achilles injury and a knockout loss to Gervonta ‘Tank Davis. It’s a triple whammy in all the things Gamboa has going against him coming into the Haney contest.

Gamboa backing into a title shot

Normally, contenders aren’t given world title shots right away after being knocked out in their previous fight when challenging for a world title. But in this case, Gamboa is still given a world title shot by Haney, and things like they’re upside down.

In this case, Gamboa is being rewarded for failure by being given a title shot that he doesn’t deserve. It makes you wonder whether Haney would be giving Gamboa a shot at his WBC 135-lb title if he’d won his last fight rather than losing.

The lightweight division only has a handful of fighters recognizable to the average fans, so it’s not surprising that Gamboa is being brought in for Haney. All the talented fighters at 135 are already busy with scheduled fights, and they’re not going to turn around and fight Haney.

The most popular lightweights 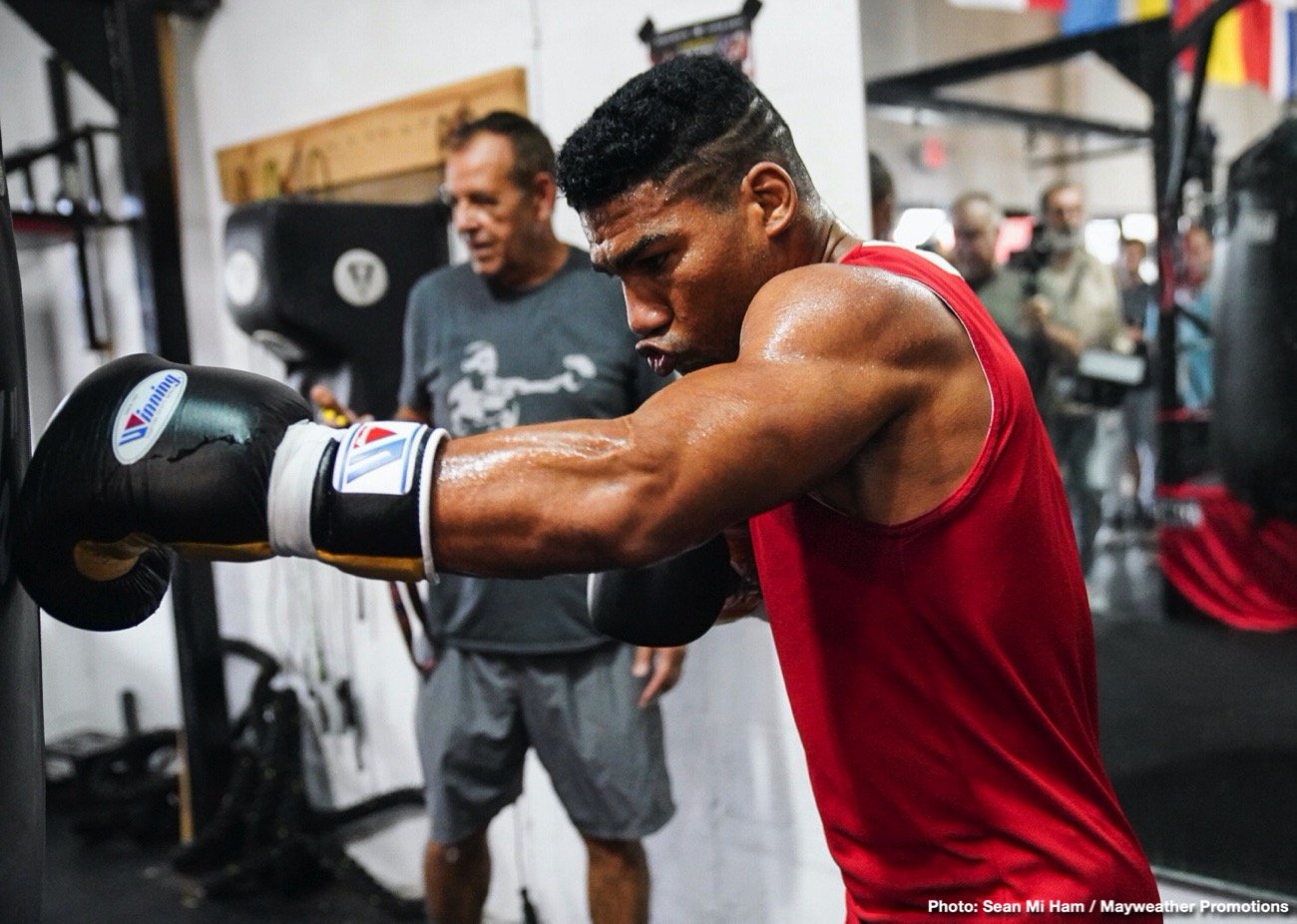 Devin arguably trailed Tank, Ryan Garcia, Teofimo, Lomachenko, and Linares in terms of being well known. It wouldn’t be like that if Haney had an exciting fighting style and wasn’t given his WBC 135-lb title by email.

The World Boxing Council elevated Haney to their WBC lightweight title outside of the ring last year in October 2019, and boxing hasn’t let him forget that.

That’s why they refer to Haney as an “email champion” because he didn’t beat anyone to capture the WBC belt. With that said, it’s not the main reason why Haney isn’t popular.

The major reason is he has a boring fighting style, and he’s like a weaker, slower version of Floyd Mayweather Jr. Devin has the same safety-first fighting style as Floyd, but he lacks his hand speed, and he’s not a puncher.

Poor Haney is in a no-win situation in taking on Gamboa because he’s getting Gervonta ‘Tank’ Davis’ leftovers, and he won’t get credit no matter what. If Haney destroys Gamboa in an early knockout, boxing fans will attribute his success due to the punishment the Cuban fighter took against Tank last December.

If Haney is forced to go 12 rounds to win a decision over Yurirokis, people will dump on him for not knocking him out the way Tank did. Lastly, if Haney loses to Gamboa, it’s going to be devastating to his career. How would Haney come back from a loss to Gamboa?

Devin obviously has a rematch clause in Gamboa’s contract, as this is a voluntary defense for him. So if Haney (24-0, 15 KOs) gets beaten by the 2004 Olympic gold medalist Gamboa, there would be an immediate rematch. 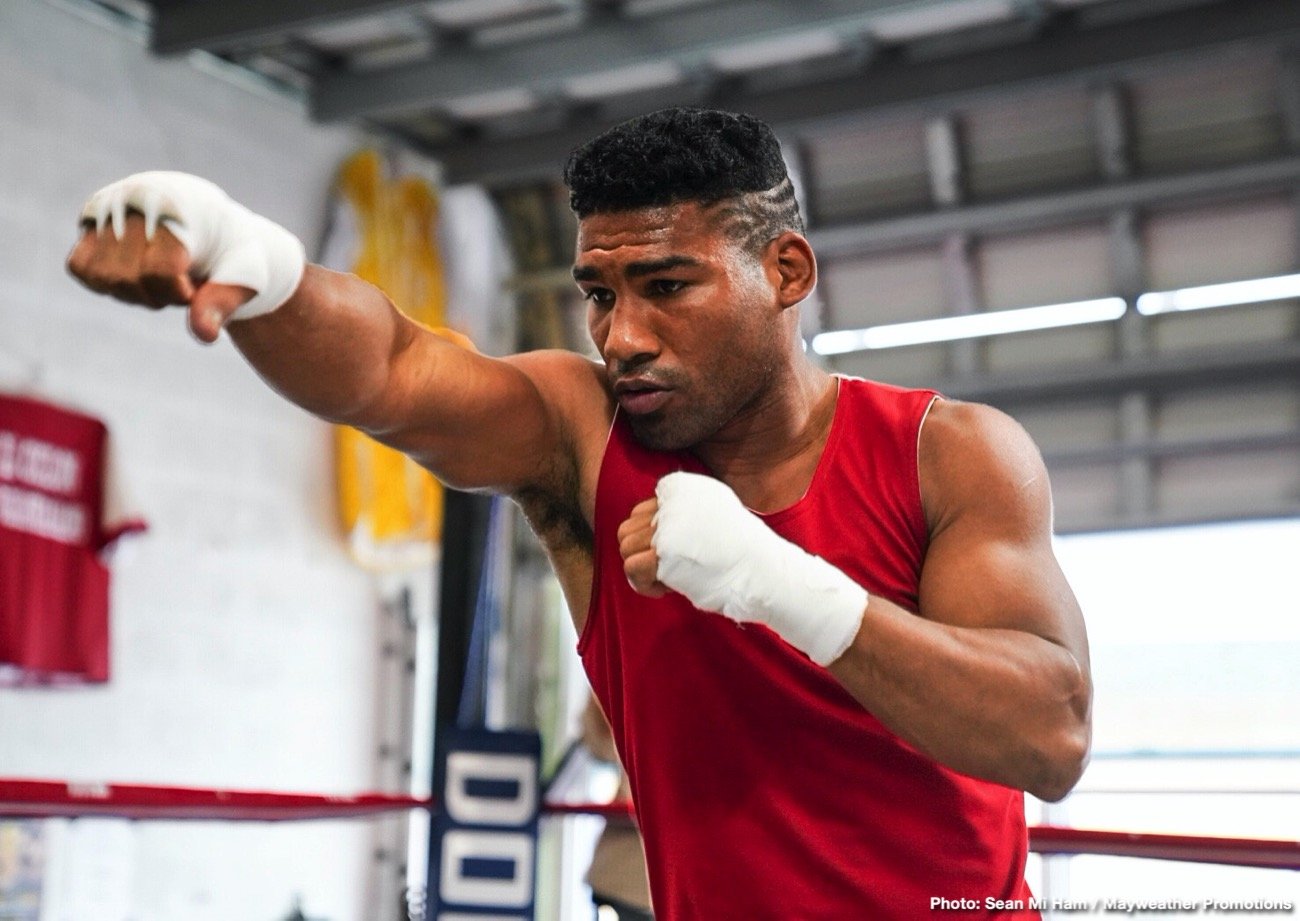 That sounds good. Wrong. If Gamboa beats Haney a second time, then it’s game over. Haney’s career will be sunk into the abyss. All that potential that boxing fans thought they saw in Devin will have gone up in smoke. It would be a disaster for sure for Team Haney.