Dave Allen vs. Christopher Lovejoy in doubt for Saturday 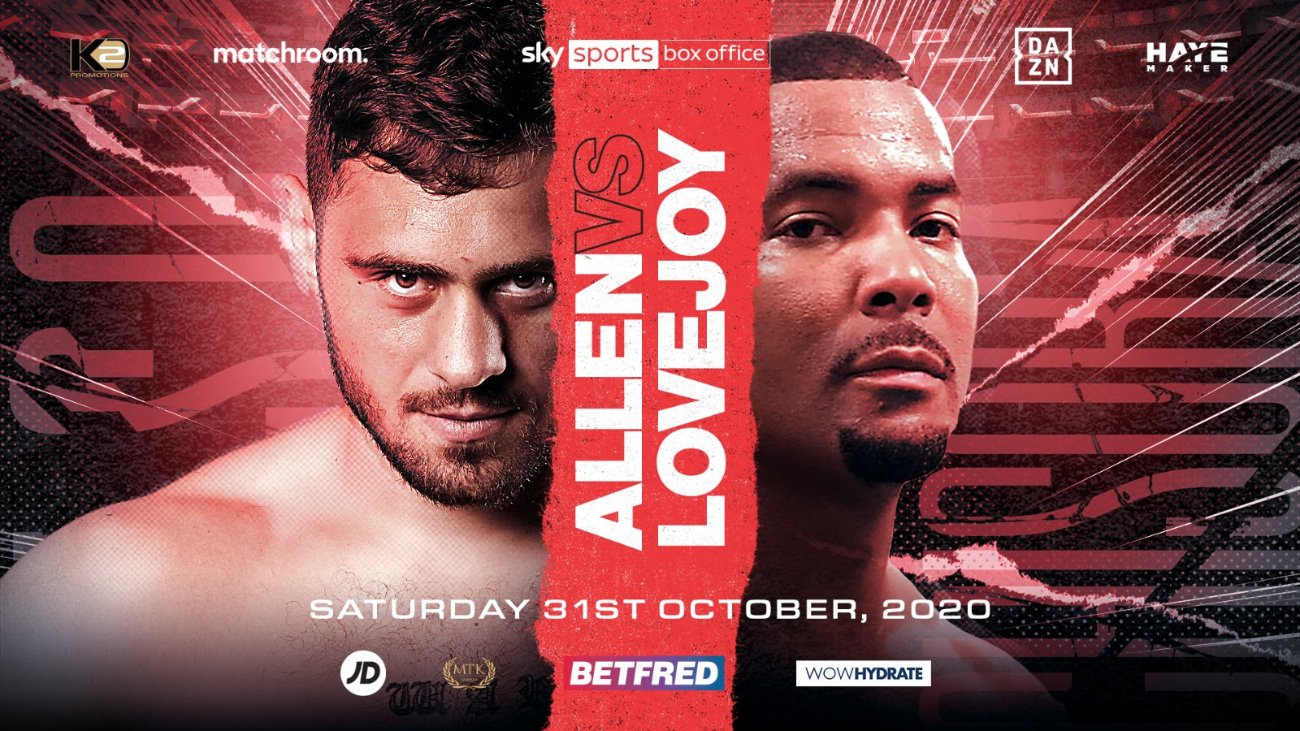 By Charles Brun: Dave Allen vs. Christopher Lovejoy is reportedly in jeopardy of not happening on Saturday night for the Oleksandr Usyk vs. Dereck Chisora card.

Hearn says that promoter Don King contacted him and let him know that he still has Lovejoy (19-0, 19 KOs) under contract. King already has plans for the 36-year-old Lovejoy to face Trevor Bryan.

Hearn says he asked King to let Lovejoy face Allen (18-5-2, 15 KOs) on Saturday night and that he would find an opponent for Bryan to fight at a later date. Hearn isn’t sure if King will allow Lovejoy to take the fight with Allen.

Hearn is giving it a 50-50 chance that Lovejoy faces Allen on Saturday night on October 31st at the Wembley Arena in London, England.

If King says no to Lovejoy’s idea facing Allen, then Hearn has a backup plan of matching Dave against a British heavyweight. As long as Dave agrees to the replacement opponent, he’ll be fighting on the Usyk-Chisora card.

Don King will need to give his blessing

“When our American matchmaker approached Chris Lovejoy, we asked him if he had any managerial or promotional contracts, he said no,” said Hearn to IFL TV. “We sent a contract, he signed the contract, we flew him over, and yesterday we got a note from Don King, who said, ‘No, I have him under contract..’

“Lovejoy said, ‘No, you don’t have me under contract. Anyway, I’m not going to do anything without Don’s blessing. I spoke to Don yesterday. He ain’t happy with Chris Lovejoy. 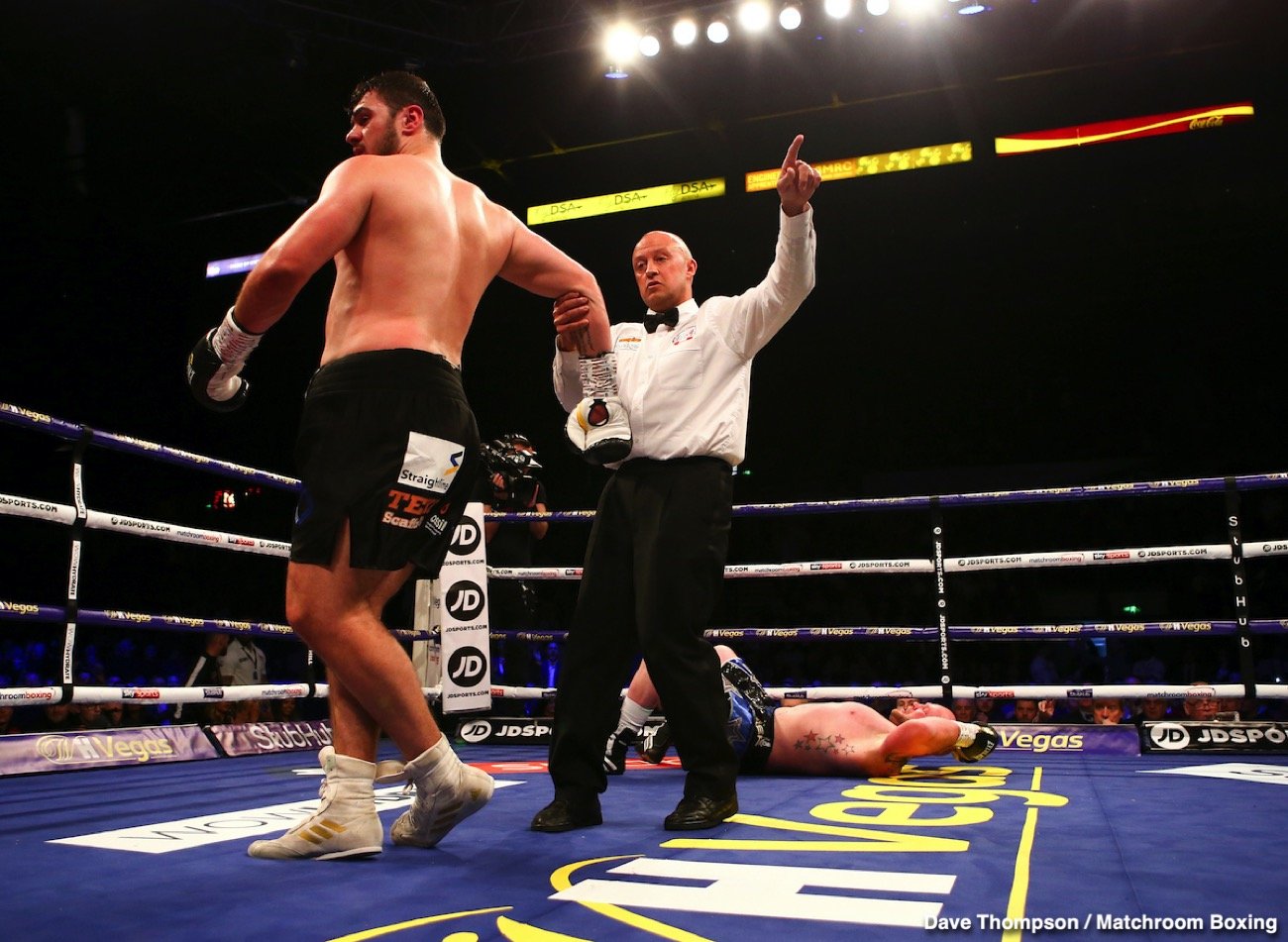 “And he doesn’t want him to fight. He said he was supposed to be fighting Trevor Bryan. Don doesn’t have a date for that; no one has any dates. So I said, ‘Take your money from Chris Lovejoy.

“I’ll give Trevor Bryan a fight in December. It’s a great deal; let’s move on.’ But Don is long in the tooth, he’s a principled man, and he wasn’t happy last night. He wasn’t having it last night, and the last call was four o’clock in the morning. We still have a couple of days.

“We’re working on another opponent behind the scenes to make sure that Dave fights this weekend regardless, but I’m still hopeful that we can reach a resolution.

It doesn’t sound too promising about King allowing Lovejoy to fight Allen on Saturday night. If Lovejoy were a lock to win the fight, it would make sense to fight Allen. But with Lovejoy’s lack of experience, the chances are high that he could lose and less appealing as an opponent for Bryan.

Hearn does have many heavyweights that he can match Bryan against in his Matchroom Boxing stable, but what he doesn’t say is that pretty much all of them would likely beat him.

It wouldn’t be a good deal for King if Hearn scheduled a fight between Bryan and Felipe Hrgovic. That would be a mismatch with Hrgovic likely destroying Bryan. David Price might be someone that Bryan can beat, but he might even lose to him too.

“I said to Don last night, Forget about the fact that he’s disappointed and aggravated by Chris Lovejoy. Let’s be smart here. There’s a fight to be had, there’s money to be made.

“I can solve the problem for you with Trevor Bryan as well, but it’s going to take the great Don King to say, ‘I give you my blessing.’ If he doesn’t give us our blessing, the fight won’t happen.

“The backup plan is a British opponent that has had his medicals and is ready to fight, but it’s also got to be someone that Dave is happy with. For me, the key is to keep him active. 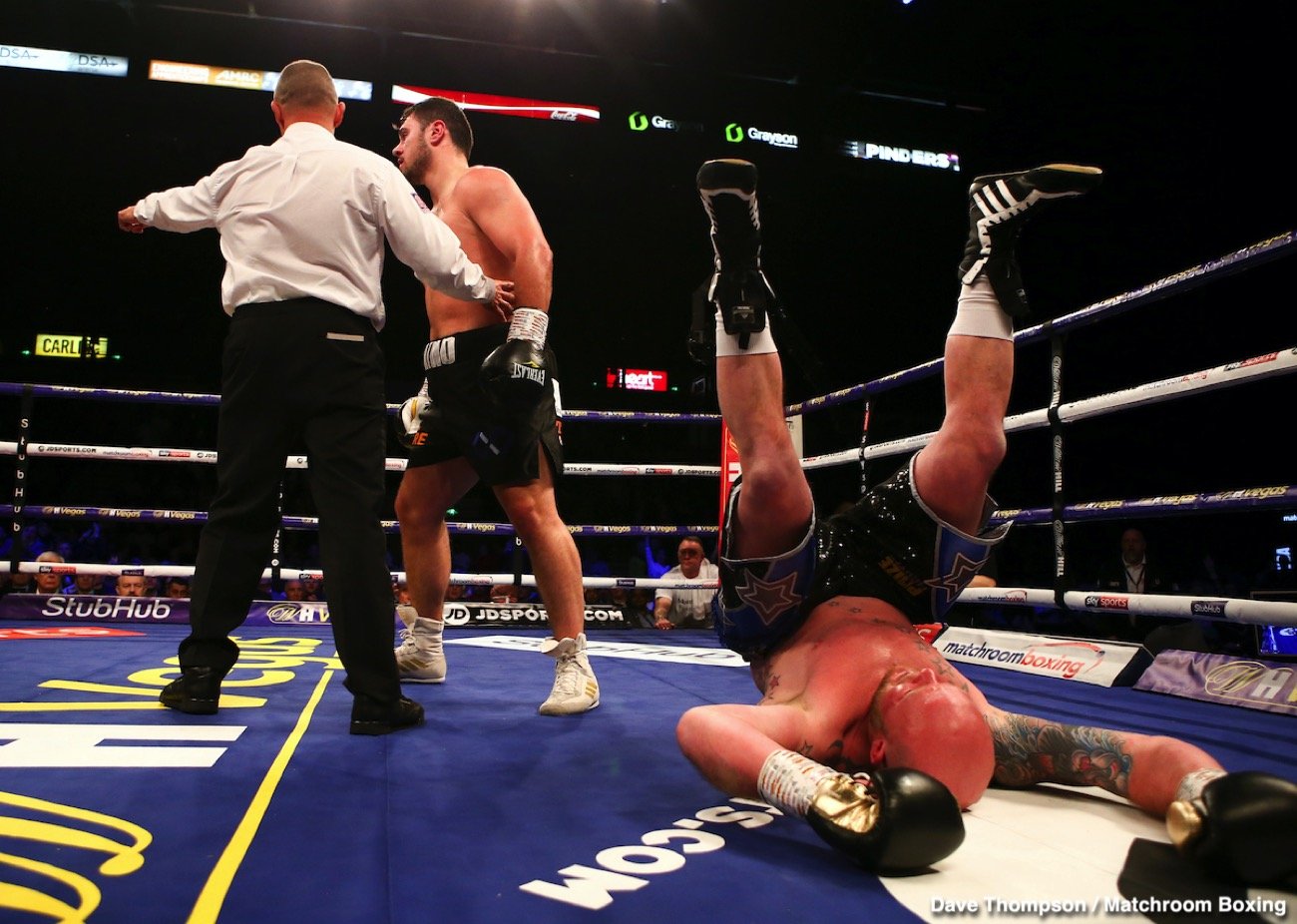 “Last night, there was a lot of screaming and shouting, but hopefully, when everyone calms down. It’s in nobodies interest for this fight not to happen. Not him [Allen], not Lovejoy, not Don, not Trevor Bryan.

“So let’s work together. Friday night,” Hearn said when asked what the deadline is to try and get the fight done with Lovejoy. “We have someone standing by, but that’s the fight we want to make.

“I want to give us as much time as possible. We want him to be in a proper fight. The chances he fights Lovejoy are 50-50,” said Hearn.

It might be a good idea for Hearn to give up already on the Lovejoy fight and focus on getting a replacement opponent for Allen pronto. It’s unlikely that King will give the green light for Lovejoy to fight on Saturday, especially if he already has other plans for him.

Hearn wanted Lovejoy for Allen because he’s ranked in the top 15 with the WBA. A win for Allen would him a top 15 ranking, and he would be able to get a nice payday against one of the top contenders.

There’s too much of a chance that Lovejoy will lose to Allen, which would be bad news for his career. Lovejoy is ranked #15 by the World Boxing Association, which is perfect for Bryan.

Trevor needs an opponent like that, who is not only ranked in the top 15 but is beatable. If you put Bryan in with a decent contender, he’ll likely lose. Trevor Bryan (20-0, 14 KOs) holds the interim WBA heavyweight title that he won two years ago in beating 39-year-old BJ Flores by a fourth-round knockout in 2018.

Oddly enough, Bryan hasn’t fought since then, which is disappointing, to say the least. How much longer will the inactive Bryan sit on the sidelines before he fights again? If Bryan doesn’t fight in 2021, it’s hard to see him to be able to keep his skills up.

« Jamel Herring vs. Carl Frampton in the works for Dec.19