By Sean Jones: Luke Campbell is giving himself partial credit for Teofimo Lopez’s win over Vasily Lomachenko last weekend because of the wear & tear he put on the Ukrainian fighter last year in London, England.

Campbell (20-3, 16 KOs) lost the fight to Lomachenko by a one-sided 12 round unanimous decision, but he says he hurt him. According to Campbell, Lomachenko will never be the same after their fight due to the dent he put in him.

Whether Lomachenko was depleted from the Campbell fight or not is impossible to know. But Loma did look like a shell of his former self in losing to Teofimo (16-0, 12 KOs) by a 12 round unanimous decision.

“I thought it was an odd fight. Lomachenko didn’t start throwing punches until the seventh round or something like that,” said Campbell to Fighthub. “It looked like Lomachenko wasn’t throwing any punches.

“Yeah, I read about it today about his shoulder, which looking at the fight, it sort of makes sense. He wasn’t throwing. It’s not going to change the result,” Campbell said about Lomachenko’s shoulder injury.

The injury excuse that we’re now hearing from Team Lomachenko doesn’t change anything. It might help Lomachenko regain some of his credibility with the boxing fans that believe that he was injured, but he’s still stuck with the loss to Teofimo in the record books.

On top of that, Teofimo says he’s not going to give him a rematch.

Campbell: I put a dent in Lomachenko

“I don’t know,” said Campbell when asked where Loma should go from here. “I always said from my fight, I put a dent in Lomachenko, and I don’t believe he’ll be the same and watching him perform, he wasn’t the same for sure.

“Lomachenko admitted a few times that I hurt him in the fight. I don’t think he’ll be the same again,” Campbell said about him hurting Loma in their fight a year ago.

Campbell, 33, did land many punches on Lomachenko in their fight in London last year, and Loma looked beaten around the face at the end of it. 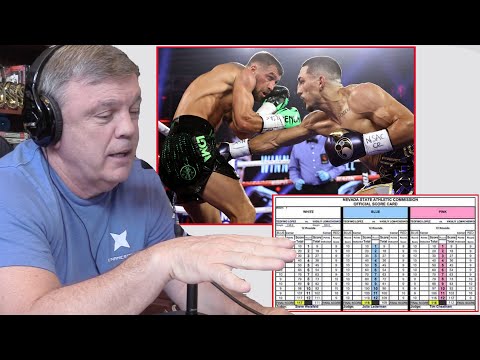 Looking at the two fighters, you would think that Campbell was the winner. He didn’t look nearly as bruise as Lomachenko.

We can’t test the theory that Campbell has of him putting a dent in Lomachenko because he fought Lopez with an injured shoulder.


« Michael Conlan vs. Isaac Dogboe agreed for Dec.5 on ESPN