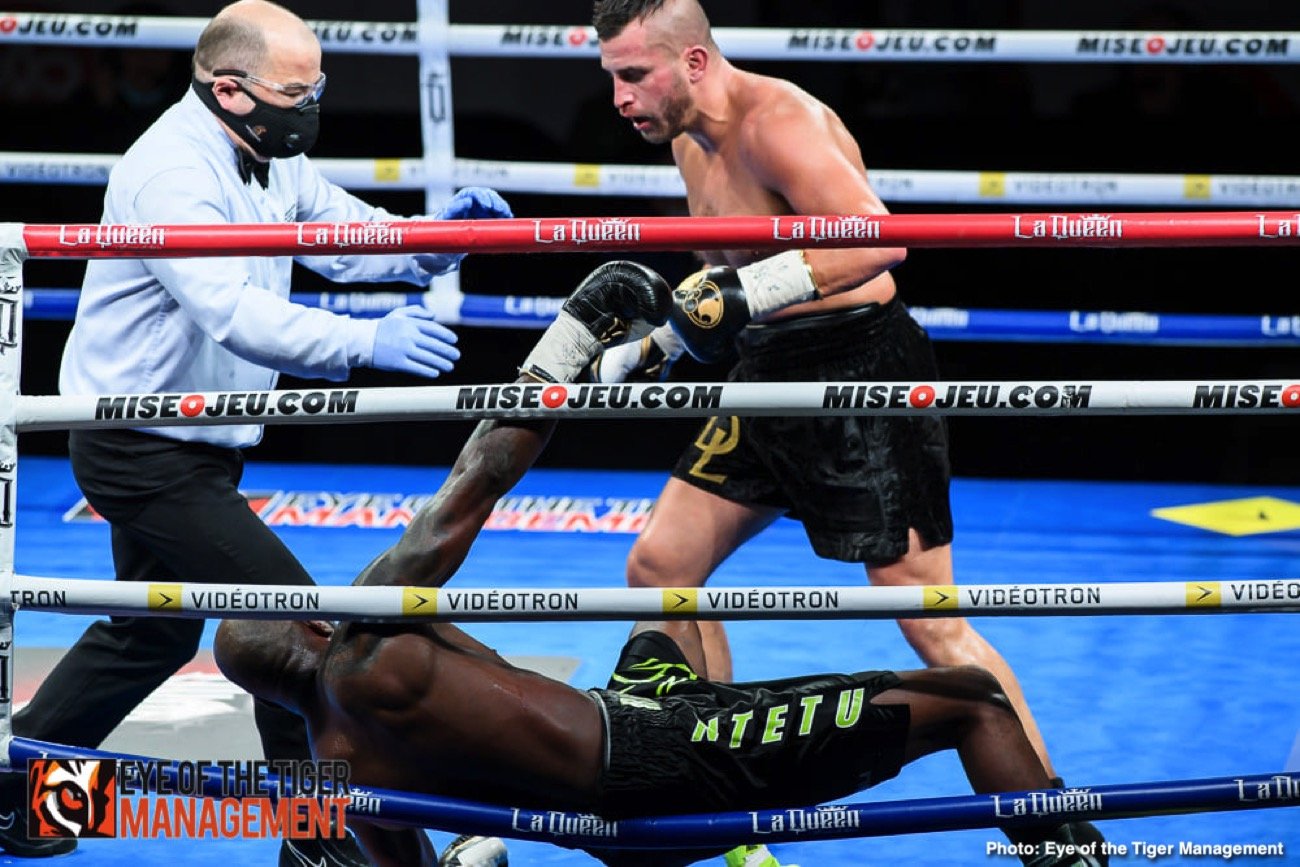 Former IBF middleweight champion Lemieux, 31, stopped second-tier super middleweight Francy Ntetu (17-4, 4 KOs) in the fifth round in a scheduled 10-round bout without fans. The time of the stoppage was at 1:58 of round five.

The highly ranked Lemieux, #3 WBC, #4 WBA, and #5 WBO, knocked the 38-year-old Ntetu down two times in the fifth round to get the stoppage victory.

On the positive side, the 5’9 1/2″ Lemieux looked just as powerful and dangerous as always. He’s not lost anything with his power on his left hook and right hand. But his porous defense, limited height & reach continue to be problems for him.

Also, Lemieux’s stamina isn’t what it should be for him to compete against the elite in the 168-lb division. Those flaws didn’t trouble Lemieux last Saturday night because he was fighting a journeyman-level opponent in Ntetu. Still, he would have had difficulties if he’d fought a talented, super middleweight.

Earlier in the fight, Lemieux’s fragile chin betrayed him with Ntetu knocking him down in the first round. However, the referee Albert Padulo Jr gave Lemieux a break, saying it was a slip.

It didn’t matter in the scheme of things, as Lemieux still ended up destroying Ntetu, but it’s clear that he still has the same chin problems as he’s had throughout his 13-year professional career. Lemieux’s punch resistance hasn’t improved, unfortunately.

It’s no surprise that Lemieux was decked by Ntetu, seeing that he was dropped twice in his previous contest against 36-year-old Max Bursak (37-6-2, 16 KOs) last December in Montreal, Canada.

Bursak, who used to be a contender during his career, knocked Lemieux down in rounds one and five in that contest. Lemieux did come back to drop Bursak in the firsthand dominate the later rounds.

Will WBC pick Lemieux for Yildirim?

Lemieux’s best chance of winning a world title at 168 is if Canelo Alvarez chooses not to face Avni Yildirim for the vacant WBC super-middleweight title. The World Boxing Council has already approved Canelo (53-1-2, 36 KOs) as the opponent for Yildirim, but it appears that the Mexican star won’t take that fight.

If Canelo doesn’t fight Yildirim, then there’s an outside chance that #3 WBC Lemieux will get picked by the sanctioning body to face him. He’s the next highest-ranked contender in the WBC’s rankings.

Although David Benavidez is ranked #1 by the WBC, he won’t likely get selected for the fight with Yildirim because he was stripped of his title last August when he came in overweight at the weigh-in for his title defeat against Roamer Alexis Angulo.

There’s still a possibility that the WBC will allow WBA super middleweight champion, Callum Smith to battle Yildirim for the vacant strap, considering that his promoter Eddie Hearn has been pressing hard for that fight to happen.

Lemieux vs. Yildirim would be a 50-50 type of fight between two 168-pounders with excellent power, but with questionable chins. If Lemieux gets to Yildirim early, he can win that fight. Just going by how shaky Lemieux has looked in his last two contests against Ntetu and Bursak, Yildirim will probably beat him.

Makhmudov, 31, landed a short left hook that put the 36-year-old Carman down hard on the canvas. What’s interesting is that the punch didn’t look that hard. It was a shot that caught Carman off guard, as it almost looked like Makhmudov was throwing a jab, but then he turned the punch over into a left hook.

Carman wasn’t ready for that kind of shot, even if it didn’t look powerful. It definitely had more on it than the jabs that Makhmudov had been throwing.

While Carman got back to his feet, the referee Alain Villeneuve didn’t like the way he looked, and he halted the bout. Carman didn’t like it and protested dramatically, but the decision had been made.

It’s unclear whether Carman wanted to continue because he would be dropped again immediately by the heavy-handed Makhmudov.

Makhmudov’s opposition has too poor for him to get anything from beating, and it’s long overdue for him to be stepped up against better opponents. It’s unknown what Makhmudov’s management is waiting for to put him in with better fighters.

At 31-years-old, Makhmudov should be fighting better opposition than this. For him to be still fighting lower-level journeymen like Carman at this point in his career, it’s troubling and a waste of time.

If Makhmudov’s management will keep putting him in with old-timers with little talent, he’s going to age and waste his prime. You can argue that Makhmudov should have been fighting top contenders in 2018, but that’s failed to happen. He’s putting in with dreadfully poor opposition one after another, and it’s mind-boggling to try and understand what Makhmudov’s promoters are waiting for.

In Makhmudov’s last fight, he stopped 40-year-old former WBC heavyweight champion, Samuel Peter, in the first round in 2019. Peter was a good years ago back in 2008 and earlier, but he’s completely shot now and frequently loses.

With Arslanbek Makhmudov’s power, he’s ready to take on any of the top contenders in the heavyweight division and potentially beat them. He would give Dillian Whyte and Alexander Povetkin a lot of problems if he fought them right now. 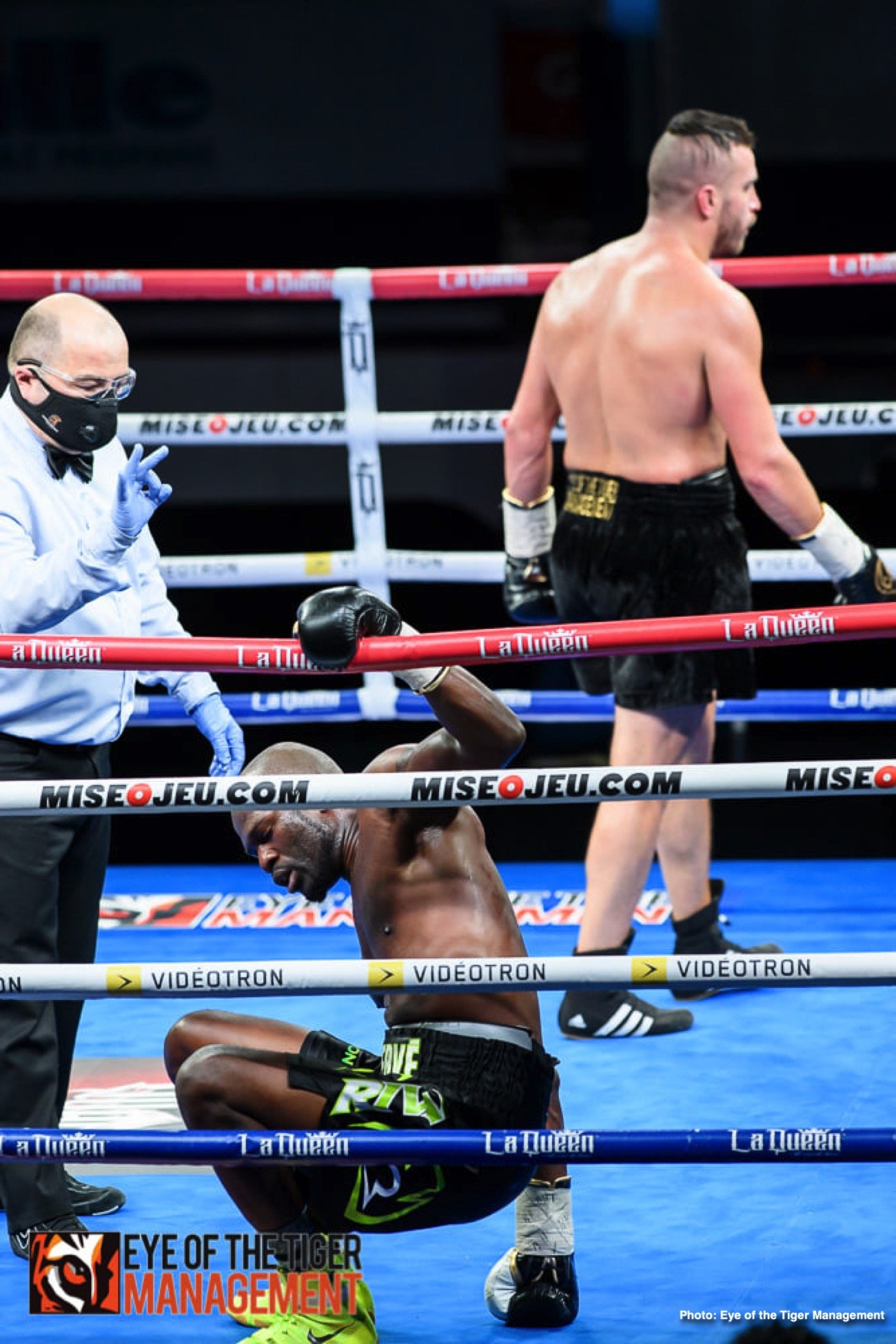 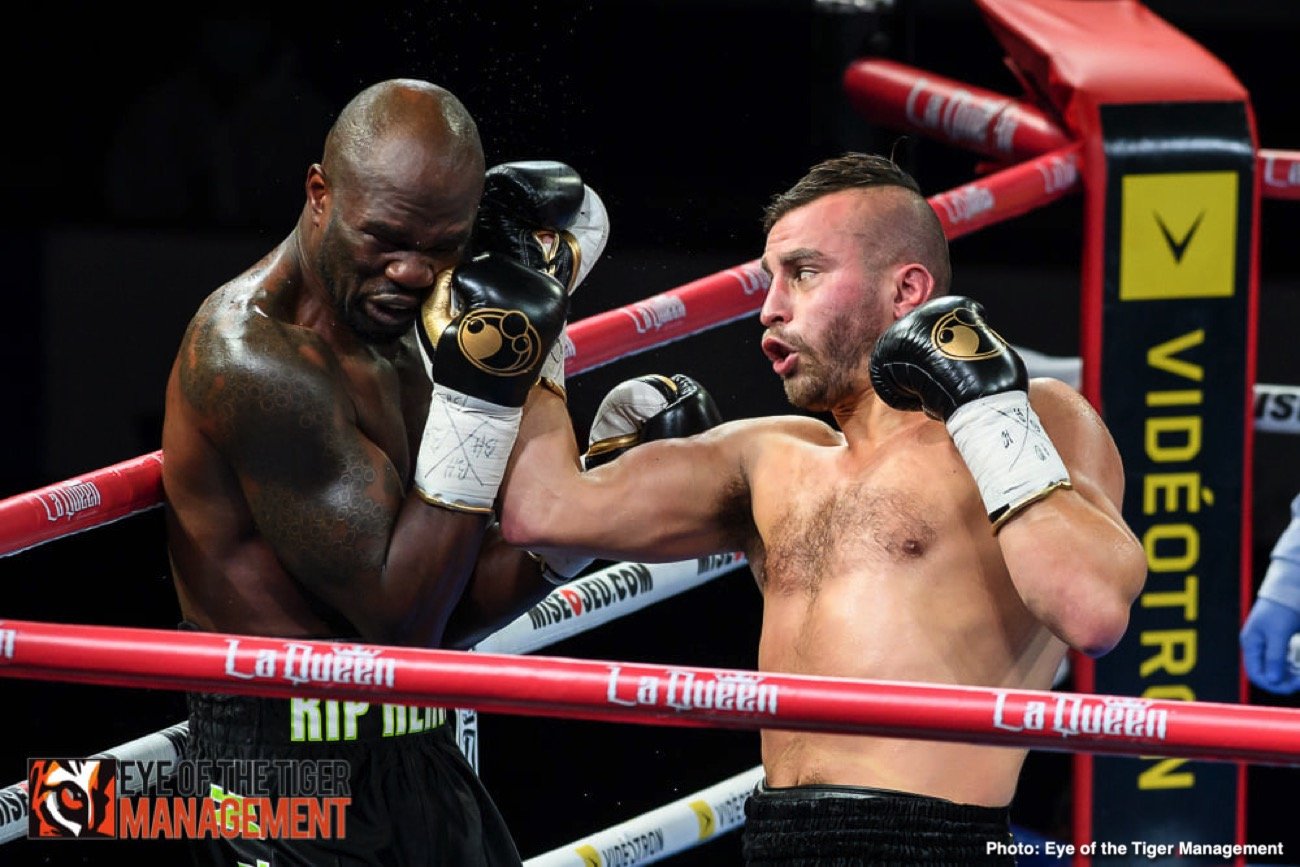 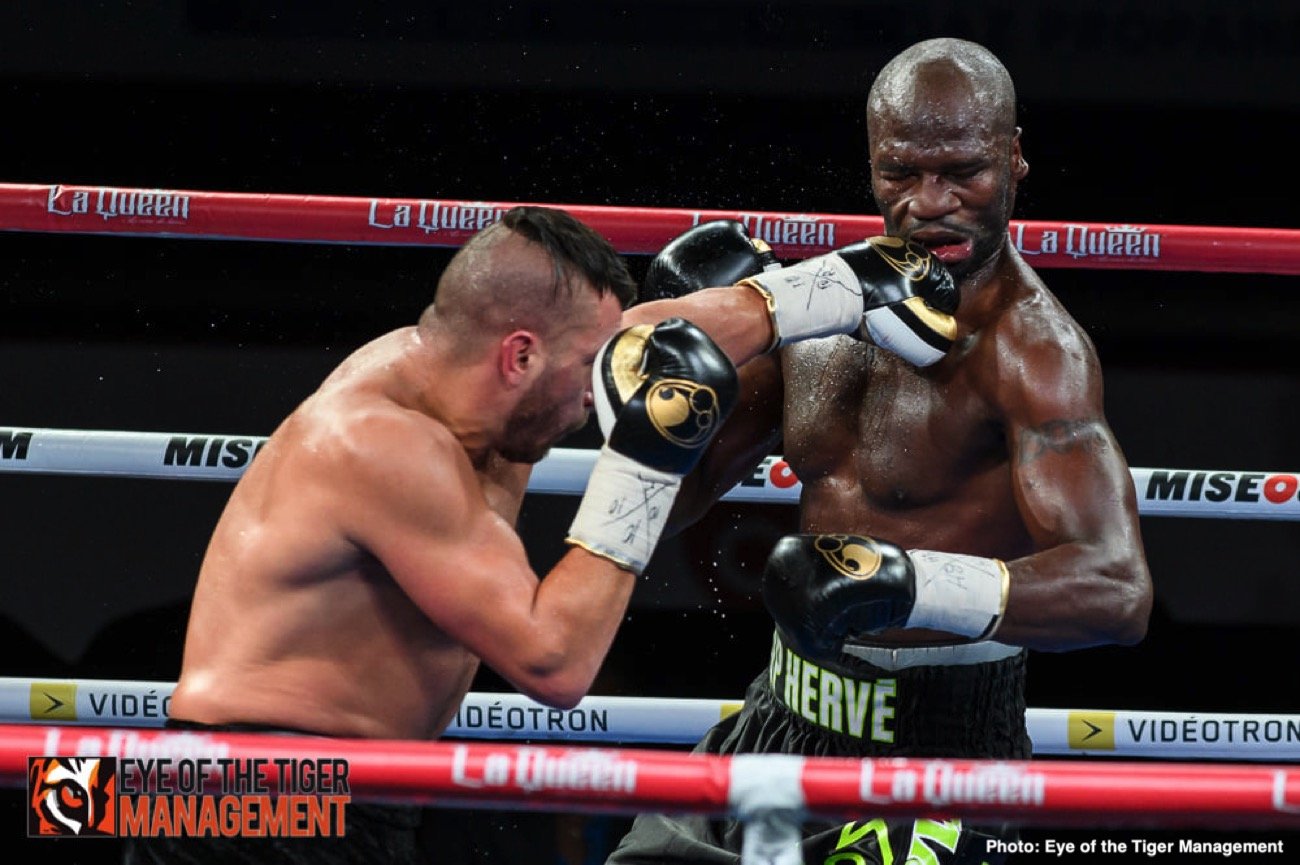