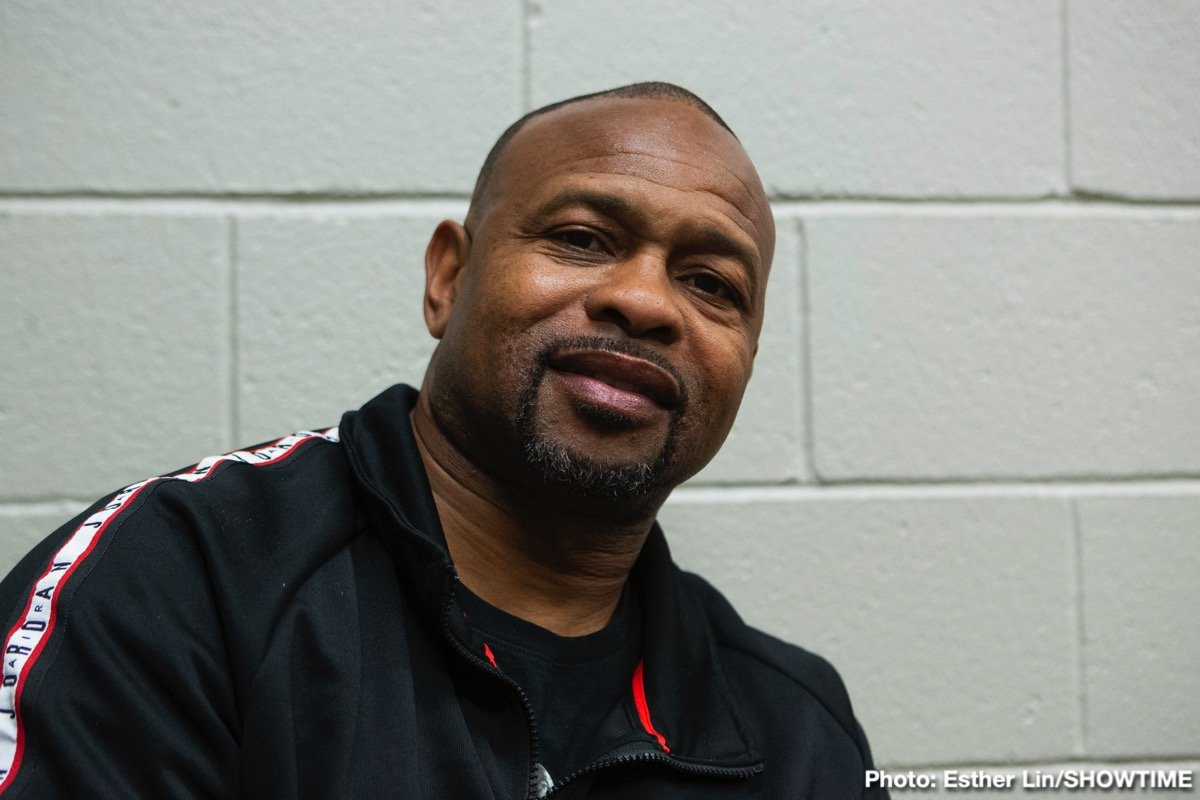 By Allan Fox: Roy Jones Jr is looking blazing fast as he puts in his training to prepare for his exhibition match against Mike Tyson. The speed that 51-year-old former four-division world champion Jones (66-9, 47 KOs) is that of a younger fighter in their 20s, and it’s impressive to see how quick he still at his age.

The 1988 U.S Olympian Jones and 54-year-old ‘Iron’ Mike Tyson (50-6, 44 KOs) will be fighting in an eight-round exhibition match on November 28th. The fight was initially scheduled for September 12th, but they moved it to November so that it would have a chance to bring in more money.

Unfortunately for former IBF/WBA/WBC heavyweight champion Tyson and Jones, crowds likely won’t be allowed back in by then.

“Two of the most entertaining fighters to ever grace the sport of boxing were Mike Tyson and Roy Jones,” said Jones to K104. “We’re at home with nothing else to do, and they’re going to put those two in the ring. They can do anything. You can do what? And you know Mike [Tyson] is pretty much bipolar, so he might do anything,” said Jones.

The California State Athletic Commission has already sanctioned the fight, and the two fighters are supposed to taking it easy through the eight-round bout. However, that doesn’t seem to be the impression that boxing fans are getting. They believe that Tyson will snap as soon as the bell sounds, and he’ll immediately start looking to take Jones’ head off.

Jones says Tyson is “bipolar,” and he’s possible of doing anything when he gets inside the ring, which is likely to be the case. The way that Tyson is training, it looks like he’s intent on knocking Jones cleanout on November 28th when he gets him inside the ring. Jones has other ideas, however, as he wants to drag the stamina-plagued Tyson into the deeper waters and drown him in the later rounds.

In Tyson’s last two fights before he hung up the gloves in 2005, he gassed out in four rounds against Danny Williams and Kevin McBride. While those two guys were real heavyweights and had a lot of size on them, they didn’t do much to wear Tyson out. He did it himself by throwing many punches early, and he didn’t have anything left after three rounds. Williams stopped Tyson in the 4th round, and McBride finished him in five.

The speed isn’t the same

Jones has still lost a lot of momentum in the last ten years, and he’s not nearly as quick as he was in his 20s. What Jones has lost more than anything is his punch resistance. That disappeared on him after he was knocked out in the second round by Antonio Tarver in 2004.  Since that KO loss, Jones has been knocked out four additional times by these fighters:

Those were all nasty knockouts that Jones suffered, and it’s troubling that he didn’t take some time off after each one of them. He just kept plugging along with his career, and things got worse for him. What’s interesting to note is Jones never won another world title again after his KO loss to Tarver in 2004. That was it for Jones as a world champion, as chin wasn’t able to handle the significant power shots that his opponents were hitting him with when he challenged for titles.

“So, I have to be prepared to protect myself against whatever, he might do. They want me to wear the earmuffs, but I still don’t know what he might do,” said Jones.