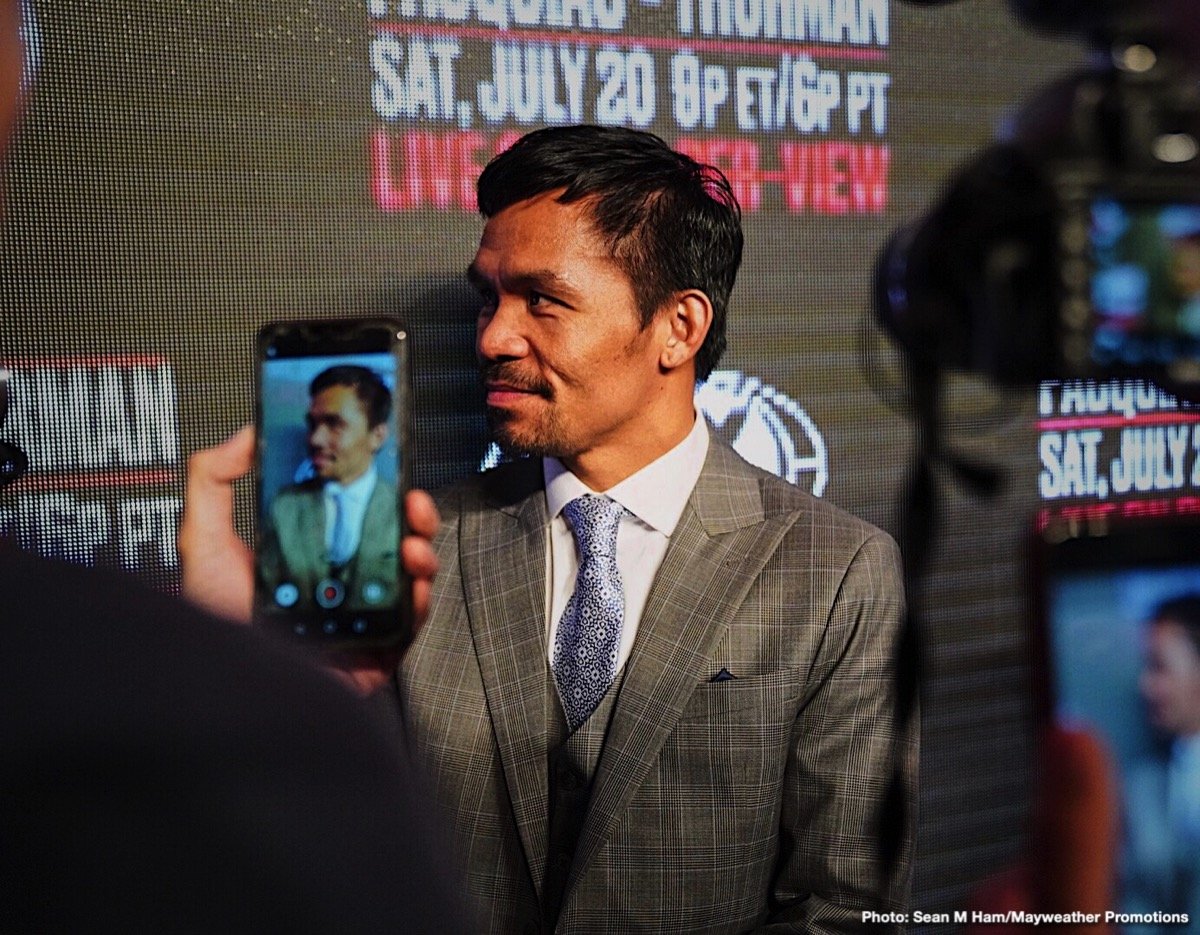 By Matt Lieberman: Just three days after Conor McGregor posted on social media that he’ll be fighting Manny Pacquiao, the Filipino star has begun training for what could be his next fight. WBA welterweight champion Pacquiao (62-7-2, 39 KOs) hasn’t fought in 14 months since dethroning previously unbeaten World Boxing Association 147-lb champion Keith ‘One Time’ Thurman on July 20, 2019, in Las Vegas, Nevada.

Thurman is still trying to figure out what went wrong in that fight, and he’s been practically begging for a rematch against Manny, which doesn’t appear to be happening anytime soon, if ever.

Pacquiao will be turning 42 on December 17, and it’s clear that he’s not going to be fighting too much longer before hanging up the gloves. If he wants an easy payday before walking off into the sunset, the 32-year-old former UFC star McGregor will provide him that opportunity.

McGregor is the perfect opponent for Pacquiao to help attract a lot of interest in boxing at the end of 2020.

Pacquiao vs. McGregor could bring in big PPV numbers

McGregor’s fight against Floyd Mayweather Jr in 4.3 million pay-per-view buys. If Pacquiao vs. McGregor could do even half of those numbers, it would be a massive amount of money for both fighters.

“It will be a true honor to have faced two of the greatest boxers of the modern era, afraid of a fight,” said McGregor.

For Pacquiao to be training already, it’s a big hint that he plans on returning to the ring in 2021. The talk is that if Manny does face McGregor, it’ll take place in December or January. Beginning training now gives Pacquiao three to four months to get ready for the McGregor fight.

“A huge portion of his earnings will proceed to those who are affected nationwide by the pandemic.”

With McGregor’s ability to sell a fight, Pacquiao could bring in a lot of revenue if they market it right. McGregor is a natural promoter, and it’ll be interesting to see what the news conferences are like.

Thurman did an excellent job of promoting the Pacquiao last July, but McGregor is on another level with his trash-talking ability. He got the better of Mayweather in every encounter outside of the ring during the run-up to the fight.

Just a few days after Conor McGregor said they’d be fighting, @MannyPacquiao has laced the gloves back up 🥊