Oleksander Usyk won’t step aside for Joshua vs. Fury fight 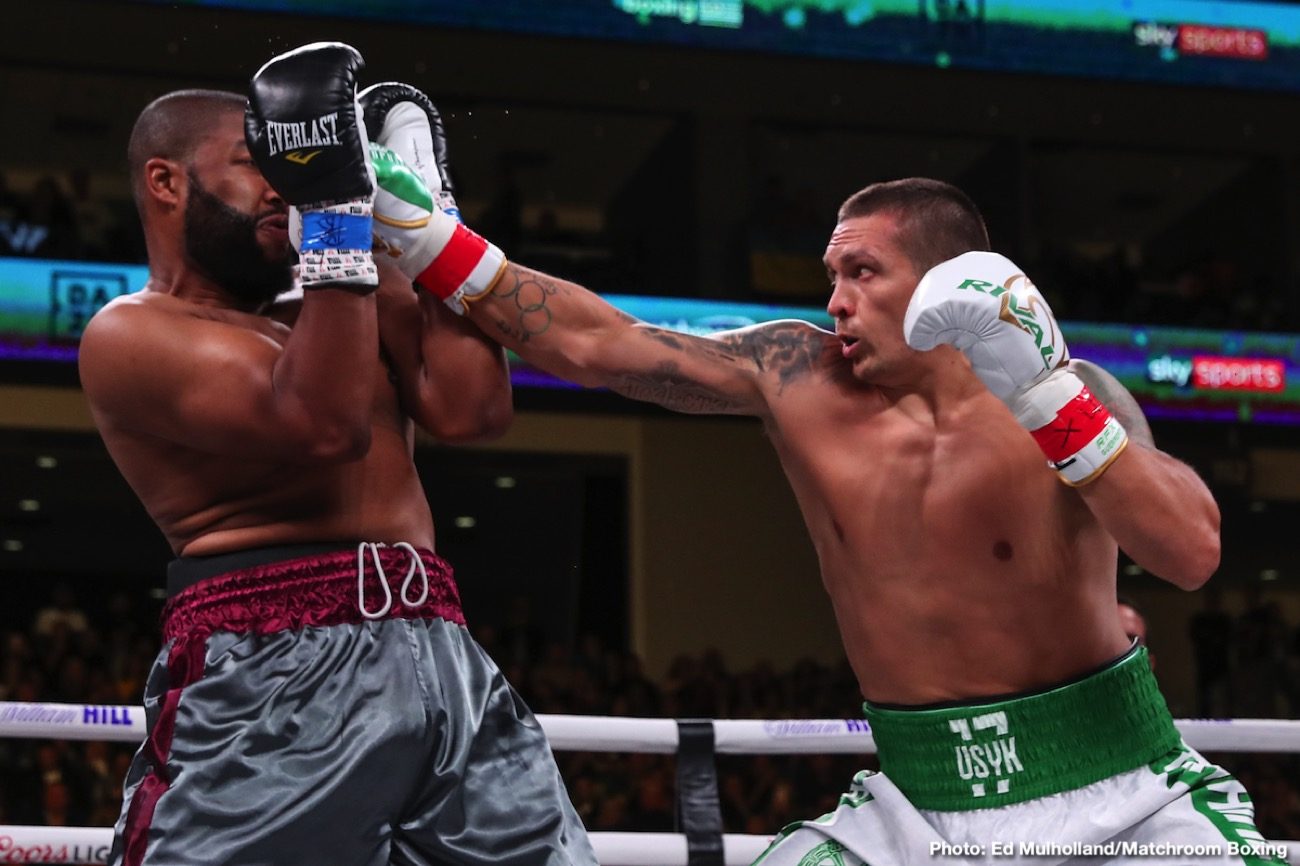 Usyk’s manager Alex Krassyuk of K2 Promotions, is ready to force the title shot against WBO champ Joshua to happen after they take care of Oleksandr’s next opponent Dereck Chisora, who he plans on fighting in October.

According to Krassyuk, Joshua has two options:

Usyk to face Parker or Dubois if Joshua vacates

If AJ vacates the WBO title, Usyk will face either #2 Joseph Parker or #3 Daniel Dubois for the vacated belt.

Usyk’s team move to force the WBO title shot is long overdue, as Dillian Whyte, the recent WBC mandatory, had planned on forcing Fury (30-0-1, 21 KOs) to defend his title against him by February 2021. Whyte (27-2, 18 KOs) recently lost his WBC title in a 5th round knockout defeat to Alexander Povetkin last month on August 22. 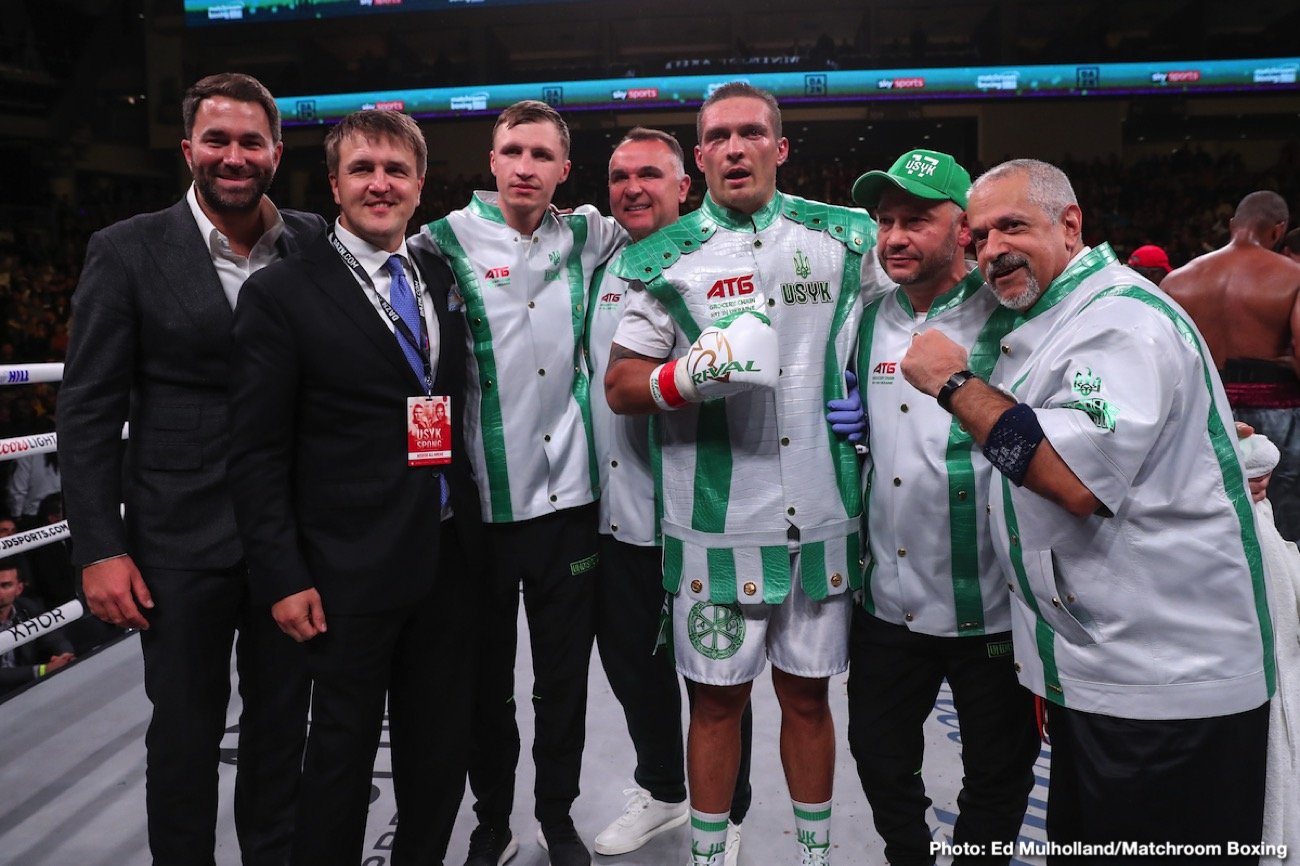 Interestingly enough, Whyte revealed on Monday that he STILL plans on forcing his mandatory status if he defeats Povetkin in their rematch in November. Whether the WBC will agree to force Fury to face Whyte in early 2021 is unclear at this time.

If Joshua is busy defending his WBO title against Usyk, Fury might as well take care of Whyte if he regains his WBC mandatory status with a victory over Povetkin (36-2-1, 25 KOs).

Heck, even if Povetkin wins, Fury might be better off taking care of him. At least by fighting Povetkin in early 2021, Fury won’t need to worry about him getting in the way of his fight for the undisputed heavyweight championship later on in the year.

“Usyk has been the WBO mandatory challenger for more than one year,” said Krassyuk to Sky Sports. “He has agreed to let AJ versus Pulev happen, with regards that the winner fights him next.

“Our plan is A) beat Derek Chisora B) push AJ to comply with WBO rules or vacate the title C) defeat AJ (or any other WBO champion or contender and become the heavyweight champion. Simple and practical.”

So there it is from Krassyuk in letting Joshua and his promoter Eddie Hearn know that they need to defend the WBO title against Usyk or give up the title. It’s a simple choice for Joshua to make.

If AJ wants the chance to fight Fury for the undisputed heavyweight championship, he’s got to deal with the unbeaten #1 WBO Usyk (17-0, 13 KOs) contender first. 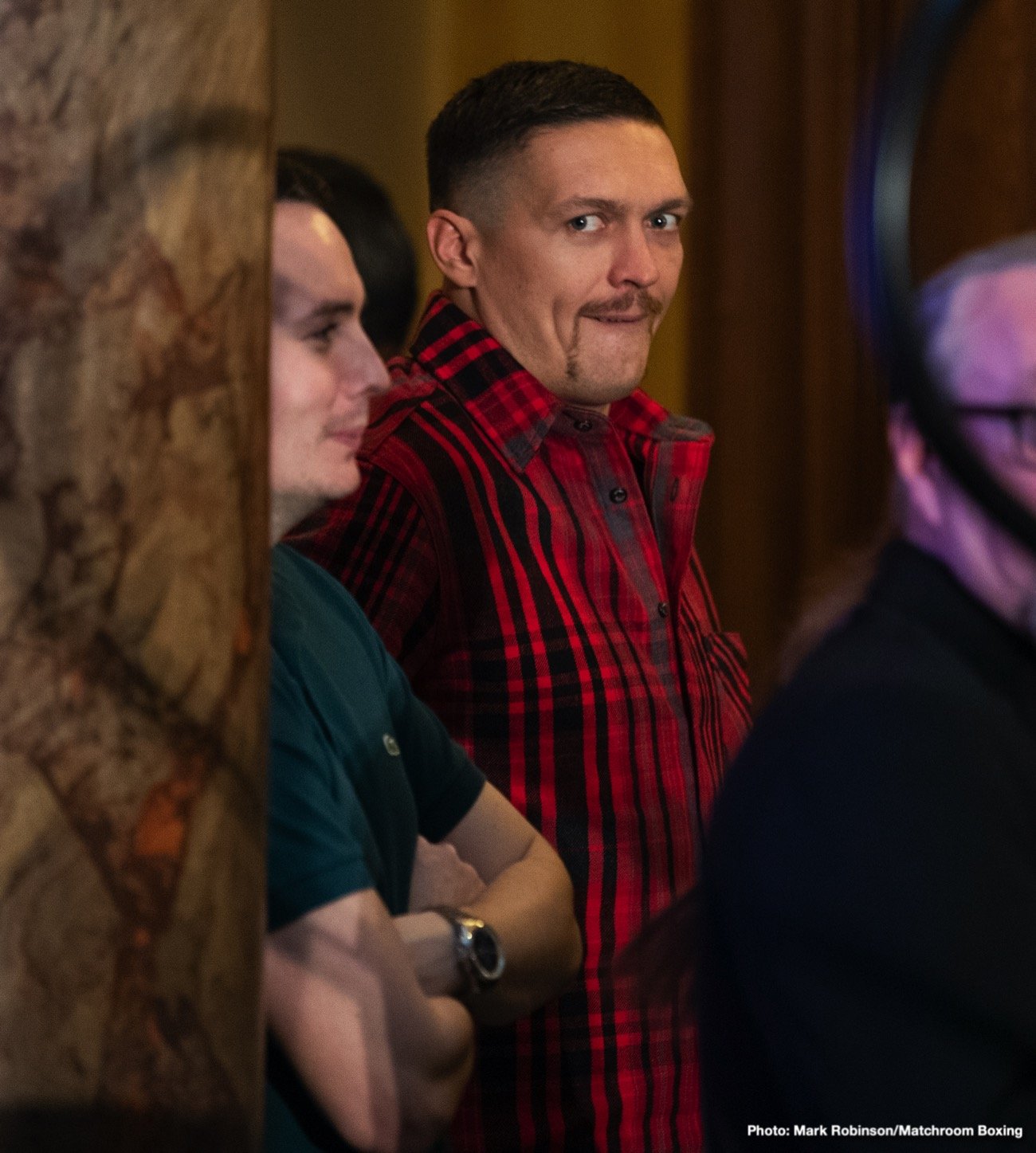 Giving up the WBO belt will mean that Joshua has temporarily relinquished his dream of becoming the undisputed heavyweight champion. The reality is, Joshua can still easily fight for all four belts even if he gives up his WBO belt.

It just means that AJ would need to come back in 2022 to fight whoever has the WBO belt by then. It’s not a given that Usyk will be the one that captures the WBO title if Joshua vacates it.

The former undisputed cruiserweight champion Usyk is a good fighter, but he’s small and not incredibly powerful at 215 pounds. If Usyk has to go through Daniel Dubois (15-0, 14 KOs) or former WBO champion Joseph Parker to win the title, he may come up short against those guys.

It’s no secret that Usyk didn’t look overly impressive in his last two contests against Chazz Witherspoon and Tony Bellew.

Usyk vs. Chisora in October

“According to our latest talks with Eddie, Usyk vs Chisora has to go at the end of October,” Krassyuk continued. “We intend on making it happen.”

Chisora (32-9, 23 KOs) has a chance to insert himself into the title equation to fight WBO champion, Joshua, by beating Usyk. Granted, it would be a HUGE upset for the 36-year-old Chisora to beat Usyk, but it’s entirely possible.

Chisora will have a massive 30+ pound weight advantage over Usyk when they fight in October, and he’ll be the much more powerful fighter of the two.

In Usyk’s maidan fight at heavyweight against 38-year-old Chazz Witherspoon last October, he was getting hit a lot. It was fortunate for Usyk that Witherspoon was old and not a big puncher. If Chazz had any power or youth going for him, Usyk might have tasted defeat for the first time.

Usyk will try and use his agility to defeat Chisora in October and hit him while he’s out of position. That’s what David Haye did to beat Chisora in their clash in July 2012 in stopping him in the 10th round.

Haye weighed only 210 lbs for the Chisora fight. However, there was a big difference between Haye’s power and that of Usyk, who didn’t pack a punch even when he fought at cruiserweight.

“Chisora isn’t going to try and outbox Usyk, he’s going to drag him into a dogfight from the first second of the round and it’s how long can Usyk run?” Haye said to Sky Sports.


« Hyde: Ziani Will Wear Dilmaghani Down Until He ‘Taps Out’ ”

Warren willing to make Usyk vs. Dubois for WBO title if Joshua vacates »