Learning from Losses: Why Joe Smith out-boxed Eleidor Alvarez before he TKO’ed him 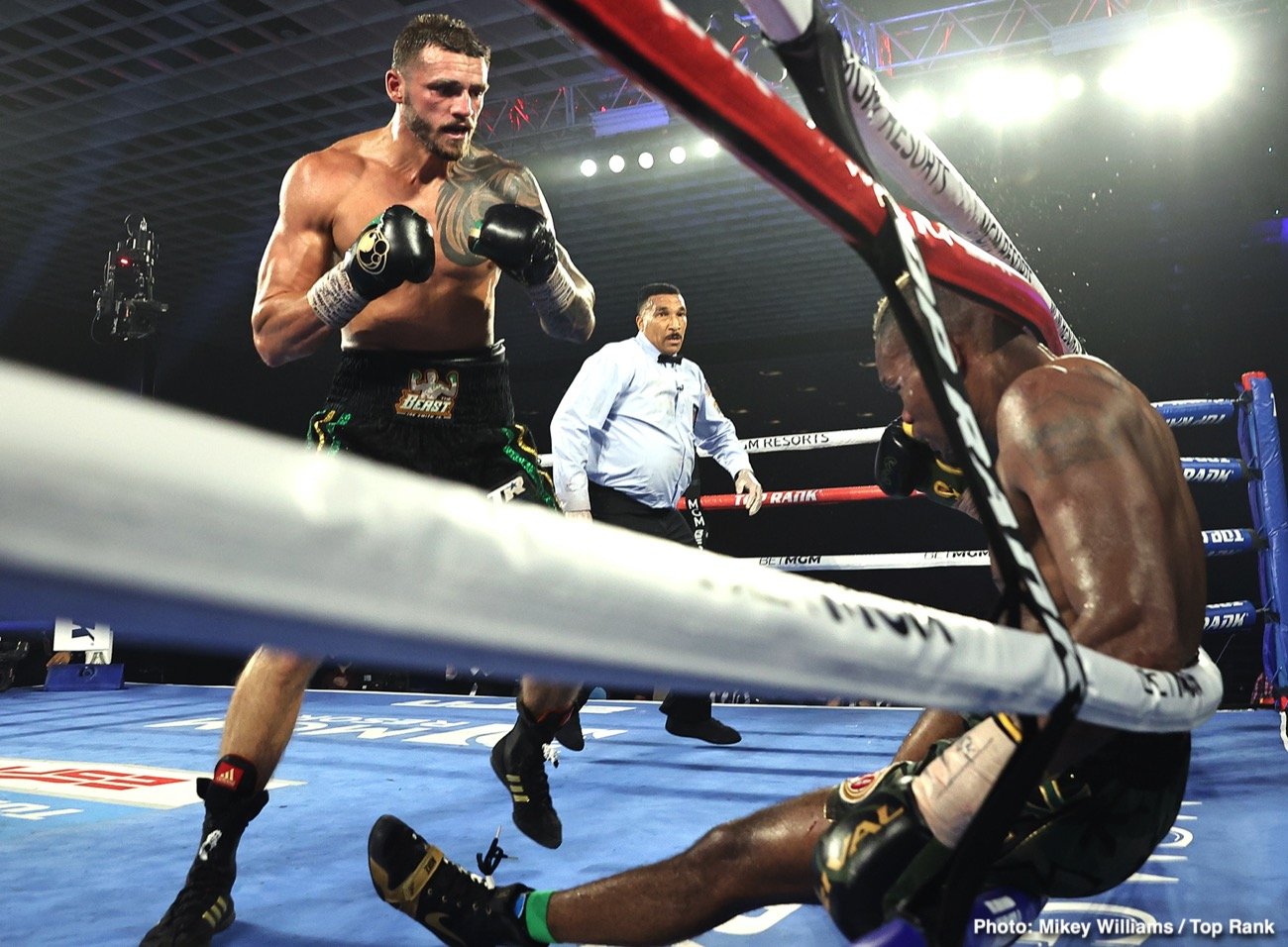 By Joey Hirsch: I can remember in 2013 when the legendary Arturo “Thunder” Gatti was inducted into the International Boxing Hall of Fame in Canastota, New York. His daughter, Sofia Gatti, had to accept the award on her father’s behalf, since Arturo had unfortunately died under fishy circumstances a few years before (the less said about that, the better).

Gatti’s induction into the IBHOF was not without controversy or its naysayers. Those who think he didn’t deserve to be there pointed to his losses (9 in forty-nine pro fights, which meant about a fifth of his bouts were losses). Other detractors mentioned his defensive lapses in the ring, and his sometimes-reckless style. The ability to take punishment is lionized by some boxers and fight fans, while another contingent of sweet science aficionados asserts, a la Floyd “Money” Mayweather, that there is no glory in taking punishment. Former HBO commentator Jim Lampley recalls the reaction of one adherent of the “hit and don’t get hit” school of pugilism who just shook his head while watching Mickey Ward vs. Arturo Gatti I and said, “I don’t even see how you call this boxing.” One man’s fight of the century is another man’s horror movie.

To each his own, though, and no sportswriter is honestly ever going to settle the argument over the difference between running and moving inside the ring, or where exactly the line between bravery and stupidity lies. The line is frankly just not that clear. Some of the biases and disagreements could be generational. There aren’t as many older fight heads around these days, but many of the remaining fans who spent their youth watching the Gillette Cavalcade of Sports on TV seem to prize toughness or mettle above all else. What’s more is this age cohort was always skeptical of anyone who got a title shot with an undefeated record (making an exception perhaps for Rocky Marciano, but even he had his detractors when he was actually fighting).

There’s an old saying among the greybeard trainers that you don’t hear much anymore (or at all) that used to be in constant circulation in the fusty sweatboxes that were neighborhood gyms: Don’t waste time training a guy for a title shot until he has a loss or two, because a boxer without losses hasn’t learned anything yet.

Is there some merit to this? I think so. And one doesn’t have to reach back into the misty moors of the past for an example. Last month’s fight between Eleidor Alvarez and Joe Smith Jr. will suit our purposes just fine. 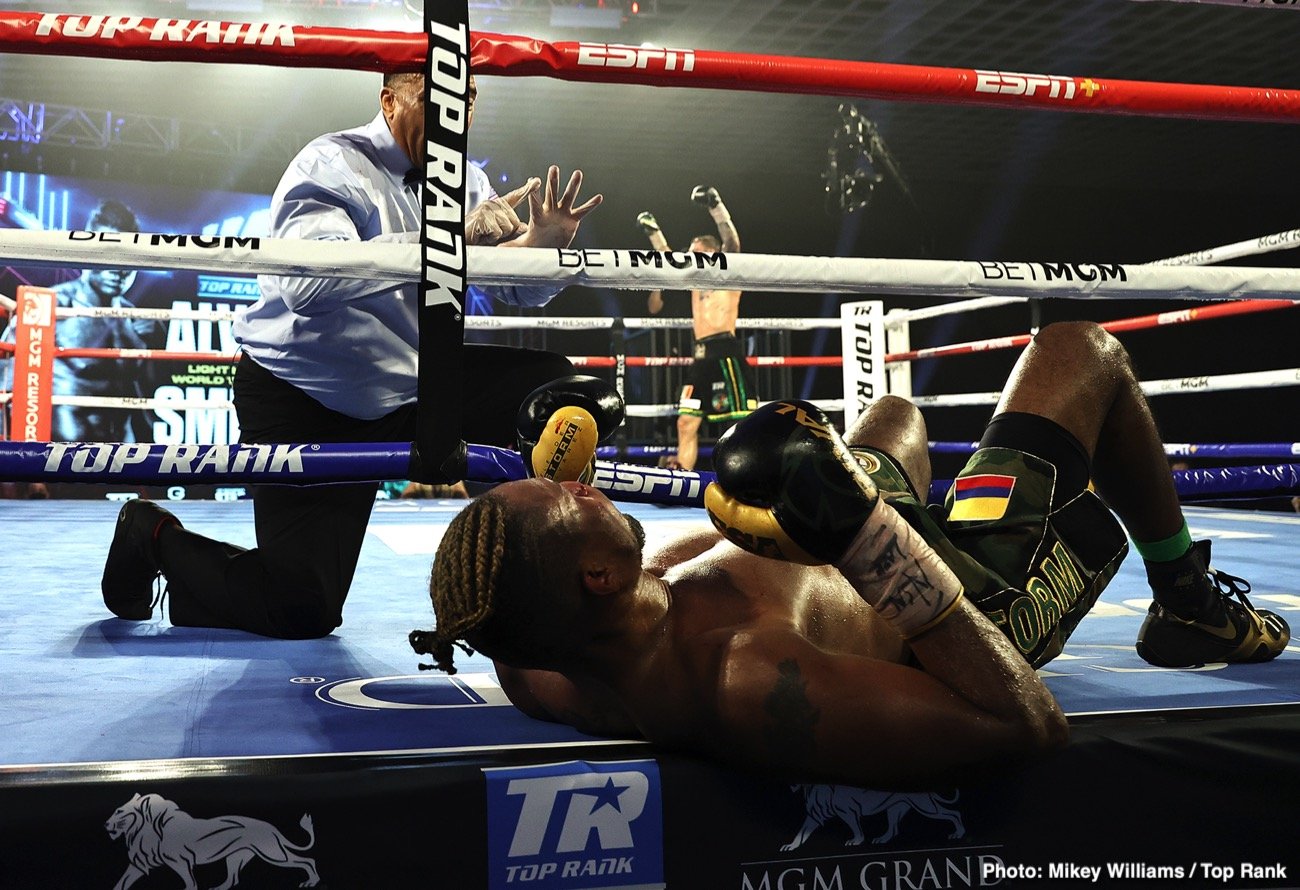 For those who don’t know, Eleidor Alvarez is a tricky stylist who has sometimes underperformed, going through the motions rather than the gears. To his credit he did pull off a minor upset to acquire the WBO strap against the downward-sliding but still dangerous Sergey “Krusher” Kovalev. Joe Smith Jr. hails from the same mould as Kelly Pavlik, a working-class hero whose success comes not through slickness but rather an assault via two sledgehammer fists that sometimes seem slow but land with thudding regularity. Timing and stubbornness have served Smith well against guys who we might consider speedsters, at least relative to Smith.

Going into the fight I had some idea of what to expect from Alvarez-Smith, figuring that Eleidor would use footwork, angles, and some nice evasive maneuvers to discourage Joe Junior while he followed him around the ring and that, barring a big shot or spending too much time on the ropes, Eleidor would get a comfortable unanimous decision.

I was wrong, and mostly because I forgot the wisdom of the old-timers. Joe Smith, you see, was not an undefeated hype job when he togged up for that title eliminator less than two weeks ago. He was a puncher who had been matched against men of equal or even slightly superior talent a couple times. He lost to the slick Sullivan Barrera (a Finca-schooled Cuban technician whose lone loss prior to besting Smith was against the sublime Andre “S.O.G.” Ward), as well as to the machinelike and unflappable Dmitry Bivol.

Some would argue that the learning curve for Joe Smith Jr. was too steep, but I think it was just right, and I think that those two losses explain why Joe Smith didn’t just load up against Alvarez in their confrontation, and why he surprised me. He didn’t just cut off the ring but also put together some fluid combinations that weren’t just damaging but looked so good even a purist couldn’t deny the science behind the sledgehammering.

No, Joe Smith Jr. is not George Foreman, marching forward behind a cross-armed barricade before leading guys directly into his walking hook, and no, he’s not Sonny Liston, flustering opponents six ways to Sunday with a dynamic jab as active as a fly at a picnic. But damn it, Joe Smith Jr. is, like Liston or Foreman, a guy who looks slow but lands often on supposedly faster men. He disguises his big shots better than he did previously. Sure, he still telegraphs a punch here and there, but, to paraphrase Big George, Smith may telegraph but the message still gets through. 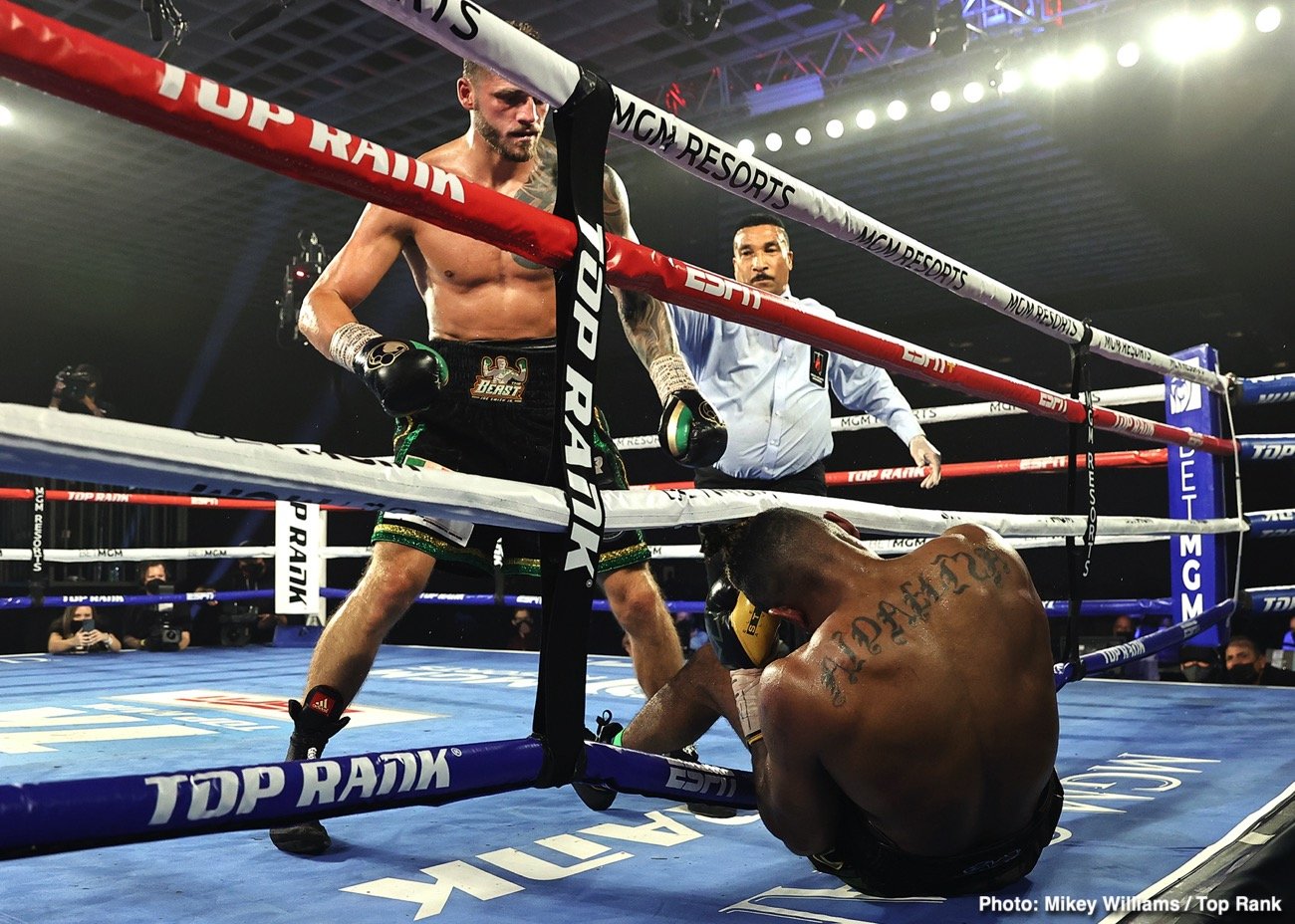 And just to reiterate, Smith looked a hell of a lot better after those two losses than he did before them. I’m not quite ready to call him the boogeyman of the light-heavyweight division. That honor still belongs to Artur Beterbiev, a beast of a boxer who has not only unified against high caliber opposition but has knocked out everyone he has shared the ring with as a professional. True, Beterbiev hasn’t lost as a pro, but how much do you want to bet that he learned a thing or two in those losses against Oleksandr Usyk in the amateurs?

Speaking of Beterbiev: he was actually offered a crack at Joe Smith Jr., or multiple cracks, first in 2018 for a DAZN date and then again later in 2019. Beterbiev declined on both occasions and found other opponents. No, I don’t think Beterbiev was afraid of Joe Smith Jr. (the only thing I would be afraid of if I were Beterbiev might be reflective surfaces), but if he does meet Smith Jr. in the future, there can be little doubt that the version he meets will be better than the one he would have squared off against earlier.

Because to lose is to learn, and, if the Arturo Gatti saga taught us nothing else, it taught us it’s called “The Hall of Fame” and not “The Hall of the Undefeated” with good reason.


« Ryan Walsh vs. BBBofC: “They’re trying to do me wrong”