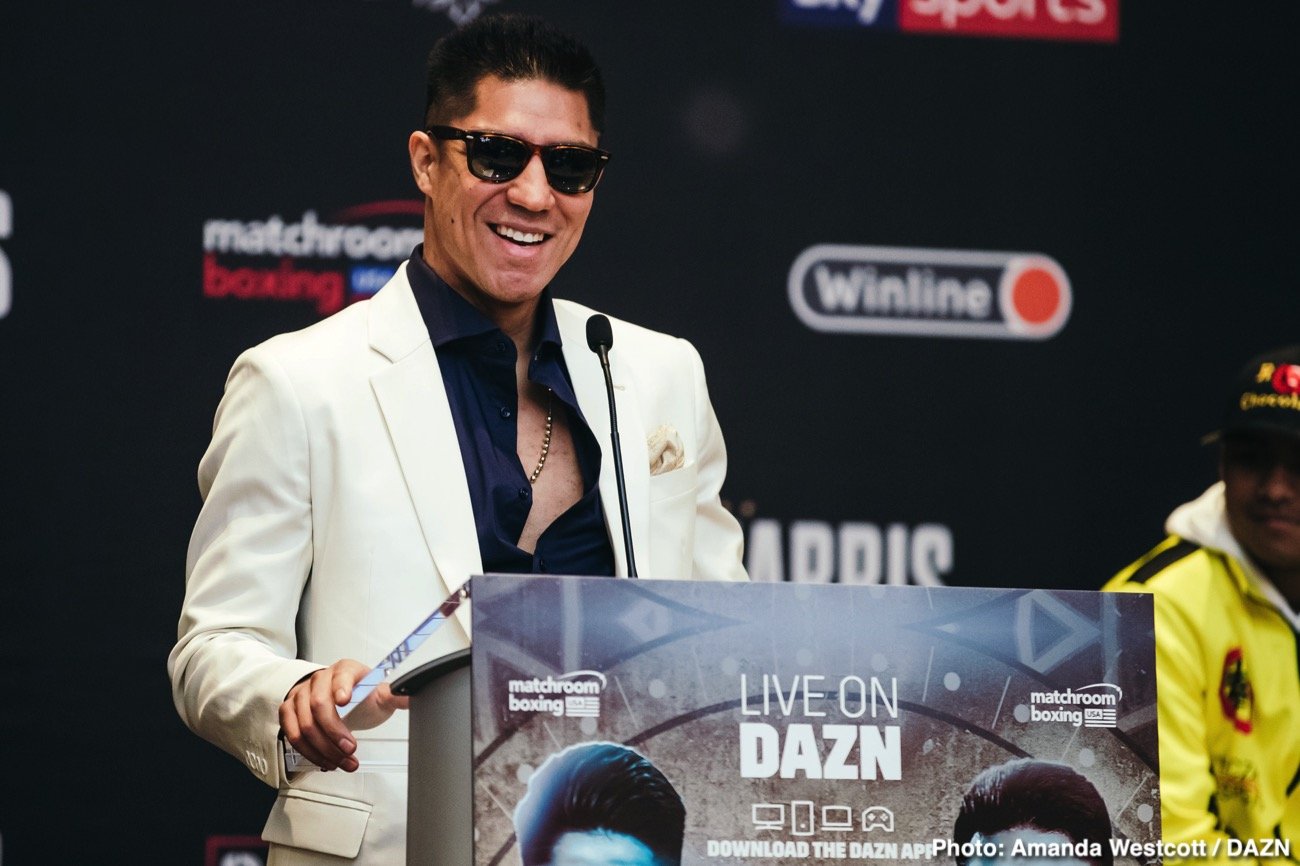 By Sean Jones: Jessie Vargas is predicting a knockout out for the Errol Spence Jr vs. Danny Garcia fight on November 21 on Fox Sports pay-per-view. Vargas isn’t ready to go out on the limb and make a pick for this fight, but he wonders whether Spence is the same guy that he one was after his car accident.

Vargas wants boxing fans to give Garcia, 32; his well deserved credit if he beats Spence. He doesn’t want the fans to negative his accomplishment due to Spence coming off of a terrible car accident on October 10 last year, which saw his Ferrari Spyder tumble three times before coming to a rest.

Unfortunately, people likely won’t give Danny full credit, and why should they? It’s entirely impossible to ignore the fact that Spence was injured in the car crash, lost teeth, and ended up badly bruised.

He spent six days in a local ICU in Dallas, Texas, after the crash, recovering. It was months before Spence started to sound like his old self.

Spence vs. Garcia will end by knockout

“It’s a very good fight; both fighters are very talented. Danny Garcia just lost his title, but he’s world-caliber as you know,” said Jessie Vargas to Fighthub. “I think it’s going to be an entertaining fight, and the fans are going to win.

“It’s going to be a chess-match where anything can happen in any given round, and I think that’s what people want to see fighters going for the knockout. I think these guys are going to end up winning by a KO, but I just don’t know which one. It could either be Spence or it could either be Garcia.

“I think people are still worried if he can perform at an optimal level,” said Vargas about Spence. “We’re at championship class. That’s something we’re going to find out on fight night.

“I think people are going to find out where he’s at, but regardless, I think his talent and technique is never going to fade, but we’ll see how his other parts in his body react to what happened to him in his car accident,” said Vargas.

If Spence is the same fighter he was for his last match against Shawn Porter on September 28 last year, then you got to go with him as the guy that scores the knockout.

It won’t be easy for Spence to knockout Garcia because he would need to go all out looking to stop him. If Spence does that,  he’ll be taking the risk of getting nailed by one of Garcia’s left hook counters. 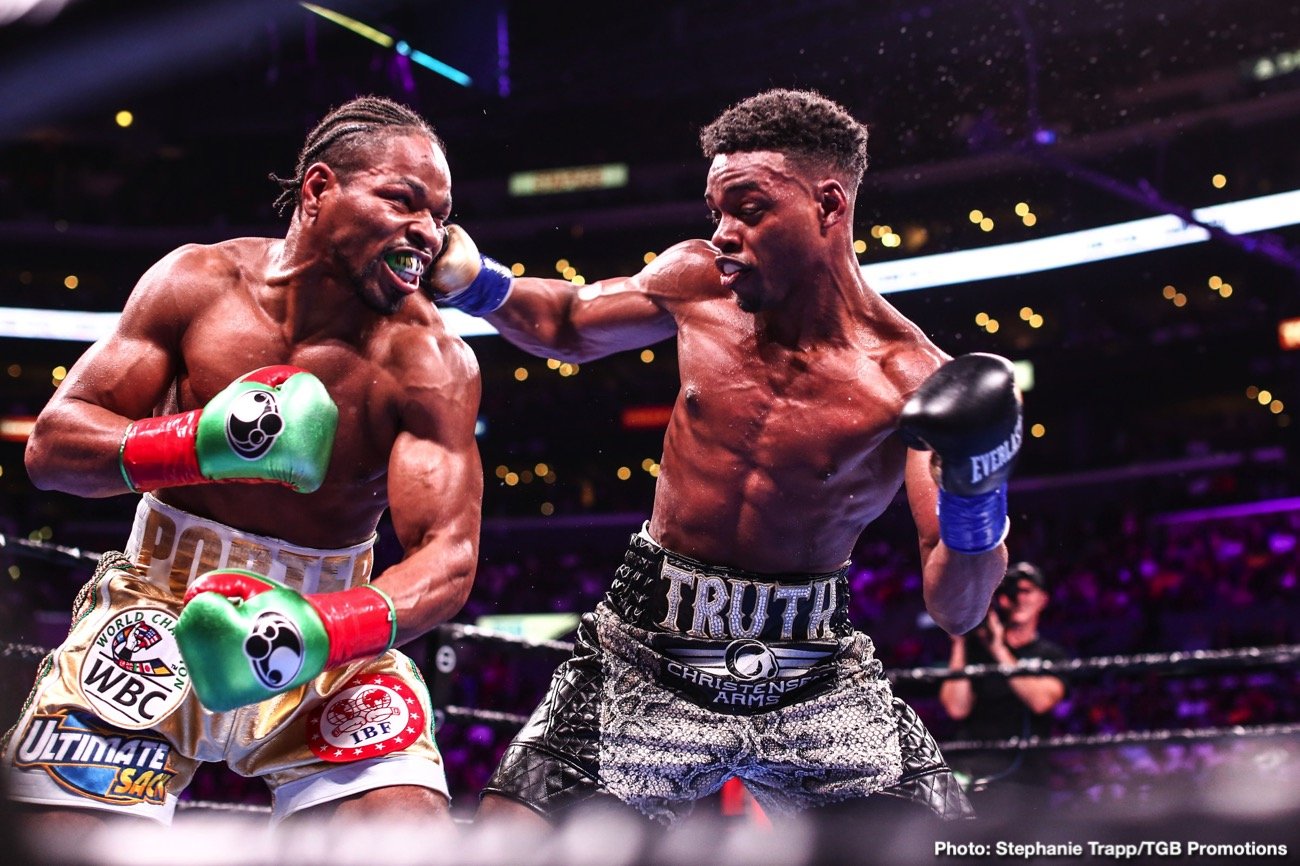 It wouldn’t be a good idea for Spence to eat a big left hook from Danny in this fight.

“If Danny Garcia wins, he should still get tons of credit [if he defeats Spence]. I mean, it’s a fight and talent always stays talent,” Vargas said. “Technique always stays with you, and it’s going to be an entertaining fight, and the winner gets all the credit from me.

“I think it’s a position that has to be earned because there is so much talent in the division. Everyone has their own preference,” Vargas said about who the best fighter is at 147. It depends on what style they admire most.

“Whether it’s aggressive or whether it’s a high boxing IQ and you’re just outboxing your opponent. Danny Garcia is one of them, and you got Shawn Porter. You got so many guys in the welterweight division, and it’s based on preference.

“T-Bud is a great talent. You’ve got to include him. He’s a welterweight champion. He’s either one or two in the list of best welterweights. He has to be either #1 or #2 because of his overall talent. He’s very versatile, and he has power.

“And he’s a little smaller for his weight, but he fits in really well. He’s strong, he has heart, and he has a high boxing IQ. I think he’s definitely one of my favorites in the welterweight division,” said Vargas.

The only way Garcia would have a chance of receiving credit for beating Spence is if he’d already gotten a couple of fights under his belt since the car accident and shown the fans that he’s 100% healthy.

Considering that hasn’t happened, Vargas can expect to receive no credit whatever if he wins. But on the flip side, if Spence beats Garcia, he’ll receive even more credit than he otherwise would have due to him coming off of the car crash.

As a result, Spence will receive massive praise, whereas Garcia can expect none no matter how the fight ends.

Jessie Vargas moving up to 160 soon

“I’m staying in shape because I plan on staying in this sport for many more years,” said Jessie. “For that reason, I need to make sure that I’m taking care of my body and only getting stronger.

“And I had already made the decision to move up to 154 in 2019, which became a knockout victory for me against Humberto Soto.

“I knocked him out in the sixth round. I felt great, and I felt strong. Everyone in LA enjoyed, and those that were in attendance and those that tuned in on DAZN.

“2020 was a tough one. We came down to 147 because I could find a way to make 147 and be healthy. I did make the weight, but it was really grueling for me. It was tough, especially in the last two weeks.

“I knew 154 was the right weight for me. It was right where I would feel great, phenomenal, and awesome. Honestly, 154 is my weight division.

“I’ll be coming up to 160 soon. I don’t think I’ll be able to stay at 154 for too long, but I’m going to take advantage of it, and hopefully, I get a title shot. In my last fight, I dropped to two percent body fat. It was very low,” said Vargas.

Jessie should save himself a lot of time and aggravation by forgetting about fighting at 160. That’s likely to end badly for him.

I mean, if Vargas can’t even beat little Adrien Broner and Mikey Garcia, then he has no business fighting at 160. That’s going to end badly for him.

Vargas’ last win came against 40-year-old former super featherweight champion Humberto Soto in April of 2019. Matchroom chose to put Vargas in with little Humberto Soto in his debut fight at 154.

That move made no sense at all, and the fight was hardly fair. Instead of Vargas being matched against a young junior middleweight for his first bout at 154, he’s put in with Soto. What does that tell you?

Vargas hasn’t fought at 154 since then, and now he’s talking about moving up to 160. He sounds like he’s not thinking things through clearly.

« Ryan Garcia vs. Luke Campbell possible for Nov.14 in California