By Chris Williams: Gary Russell Jr posted on social media on Friday that he’s sending a revised term sheet to Devin Haney to look over for a fight that must take place no later than January 2021. Russell (31-1, 18 KOs) is giving Haney a deadline of October to agree to the revised offer sheet terms.

The term sheet that Haney sent over was “a little bit bogus,” according to Russell Jr., So he’s made some changes, and shooting it back over their side.

Russell said his dad hasn’t been in good health lately, and he’s been busy. But Russell wants his fans to know that he’s not ducking the Haney fight. He still wants to face him, which is why he’s urging him to reply to the offer sheet that he’s sending over.

Haney’s promoter Eddie Hearn is already talking about him fighting on November 7th, possibly against Yuriorkos Gamboa. There’s no word yet if Hearn has already gone to contracts for the Gamboa fight. If so, then Russell Jr is out of the picture.

It might be better for Haney to stick with the 39-year-old Gamboa because he’s probably the safer fight for him than Russell. 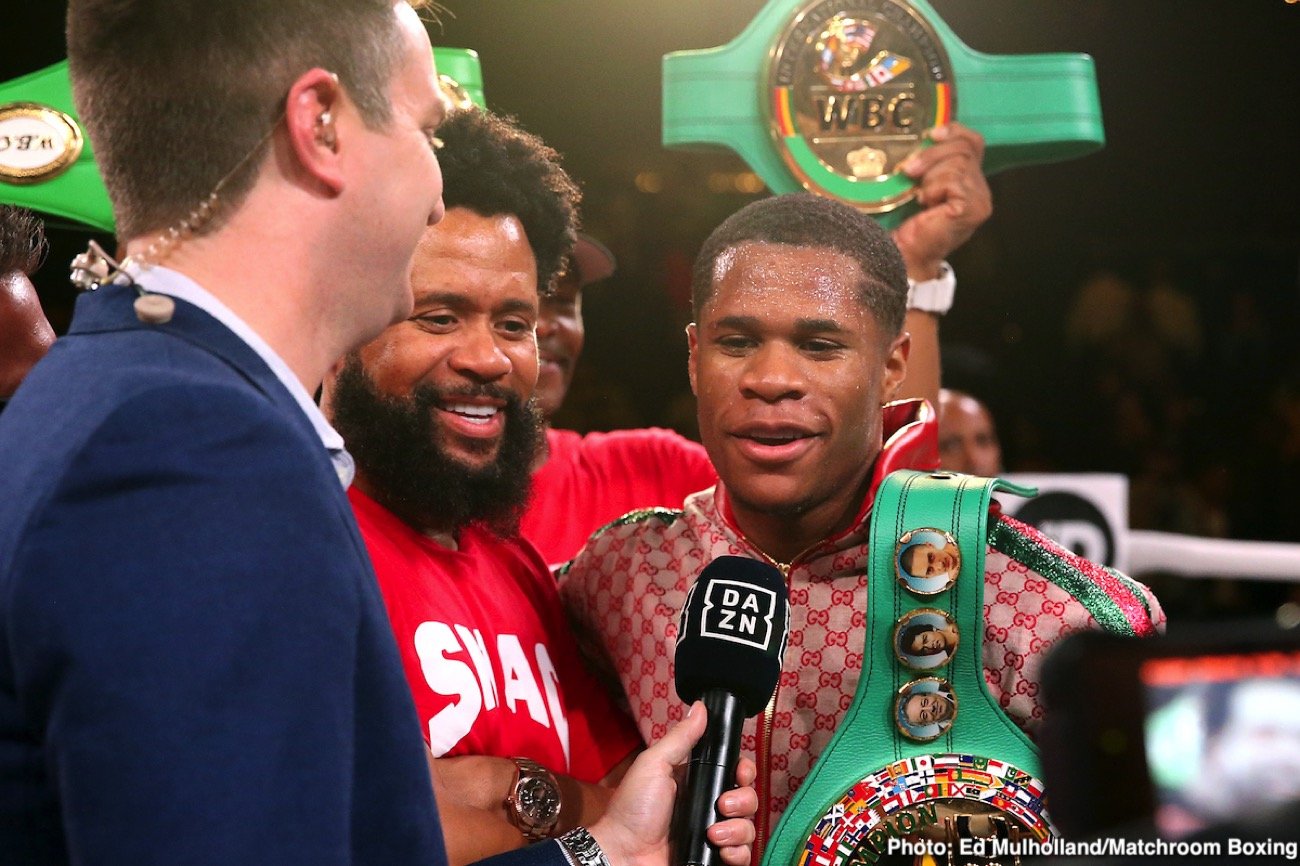 Haney has got to meet the deadline

“My father hasn’t been in the best of health recently. I haven’t been on this social media thing,” said Russell Jr on Instagram. “I haven’t known what was going on, but when I do tune in, I see people talking about ‘I’m ducking Devin Haney, and I should have signed the contract.’

“Stop this s*** y’all. Let me tell you right now. If bullets were shooting off right now, I wouldn’t be ducking. I’d probably be running as fast as I can to get to my s*** to send that s*** right back. To the people that want to know what’s going on, that’s what it was. That’s what the hold up was.

“We got the stuff in that they had in it. We revised it, and we put some s*** in it that we wanted, of course, and they got to meet the deadline,” said Russell Jr.

It will be surprising if Haney takes the fight with Russell Jr at this point because he’s cooled down with his talk of wanting to fight him. But Haney also isn’t talking up the war with Gamboa either, which is strange.

The chances of that happening are slim and none, but you can understand why Haney would want to fight the winner. It’s the quickest way for him to become a star if he wins.

Devin has got to until October

“I’m still the champion at 126. I’ve got to defend my title within a certain time,” said Russell Jr., “We’re going to send the term sheet over, and we’re going to see if they accept this s***. They’ve got to let us know by October?

“We’ve got to know real soon because I’ve got to defend my title within a certain time. The thing is, I do know the networks are booked when it comes to dates.

“This s*** is real. I don’t do this social media because I am a real person. I don’t really be on here like that. I’ve got a real life. I got other s*** to do than be on social media.

“But I had to set the record straight. By the time I finished my interview, this s*** already been sent to the attorney. So we’ll see what’s up,” said Russell Jr. 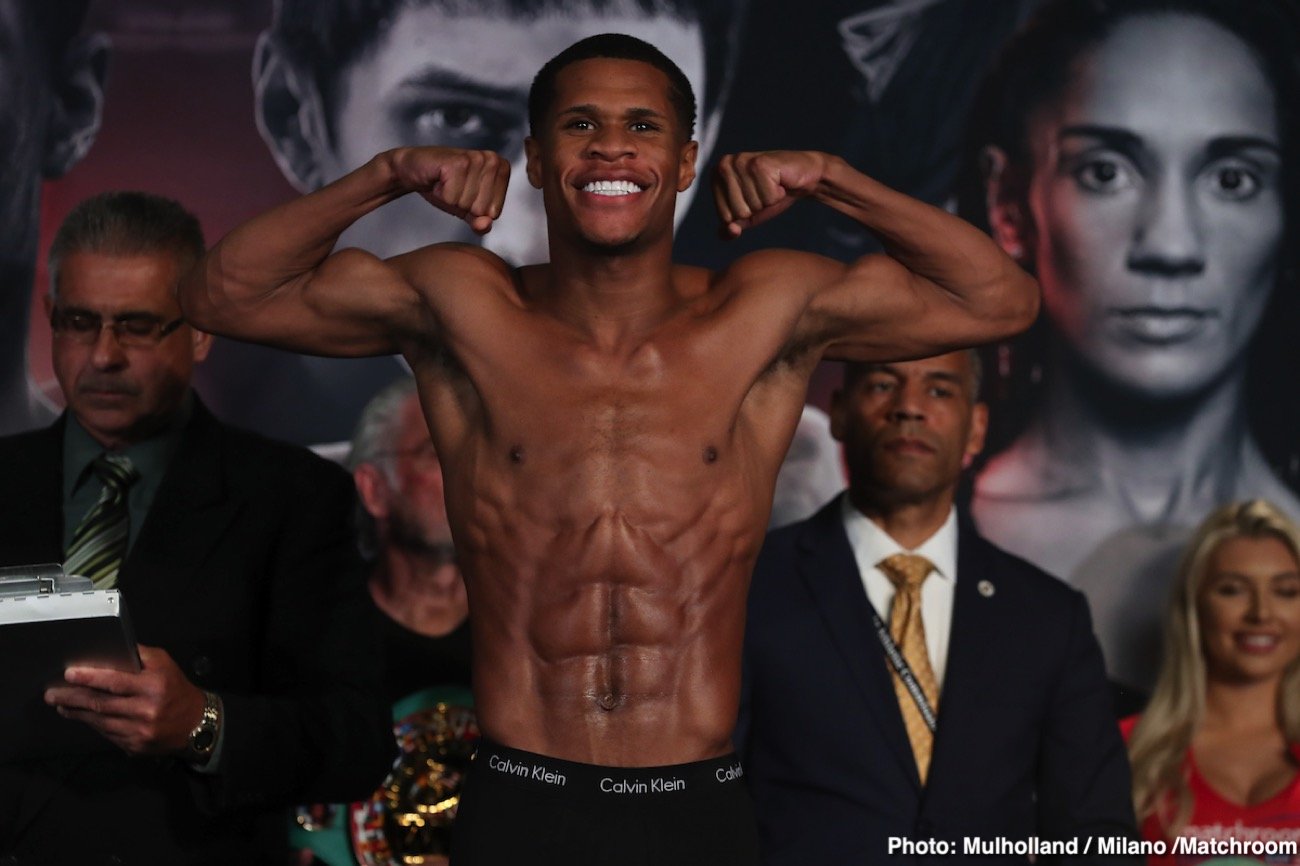 It already sounds like Hearn has got his mind made about wanting Haney to fight Gamboa. So if Russell Jr is going to get the fight, Haney will need to intervene and stop Hearn from negotiating the fight with Gamboa.

What makes Russell a valuable opponent for Haney is his ability to create interest with his interviews and social media commentary. Gamboa doesn’t talk trash the way that Russell Jr does, and he can’t speak English.