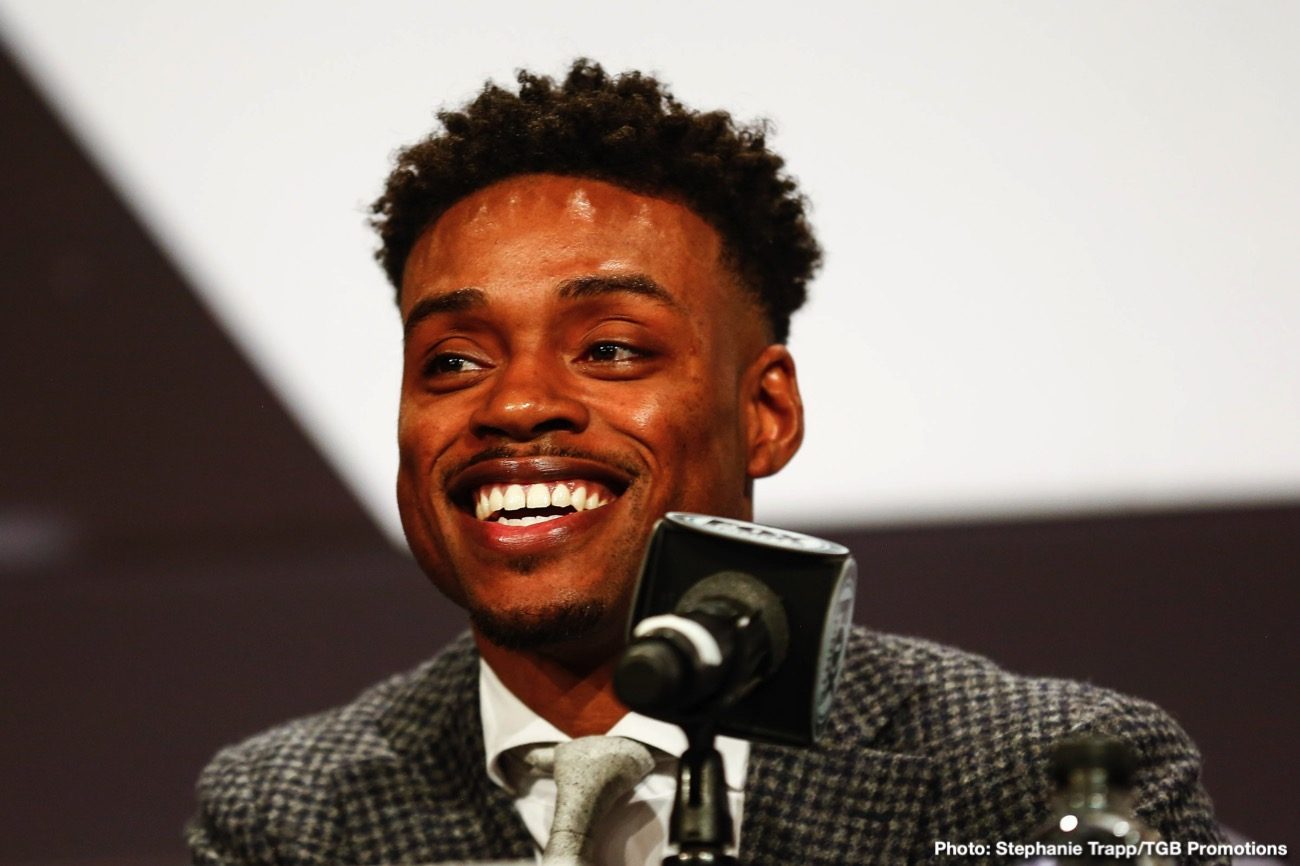 By Matt Lieberman: As he approaches his next fight against Danny Garcia on November 21st, Errol Spence Jr is motivated by the fans that are doubting that he’ll be able to come back from his car accident and be the fighter that he once was.

Spence’s trainer Derrick James is putting him through hard work in the gym, so that he’ll be ready for whatever Garcia (36-2, 21 KOs) can dish out in this fight.

A trainer’s job is to paint the best picture possible for their fighters, and that’s why some fans can’t buy into what he’s saying about IBF/WBC welterweight champion Errol. It might cause friction if James told fans that he was concerned about his health heading into his match against the big puncher Garcia.

James thinks Spence will be the same fighter before his October 10th car accident in Dallas, Texas.

We’re not going to see if Spence is 100% all there until he gets inside the ring with the former two-division world champion Garcia, and it could end badly for Errol.

“The thing about it is it’s the doubt that the people have, that’s another motivating factor,” said James to Fighthub in talking about Spence.

“We’ll get to see him be great again, and he’ll defend his belt and move onto, you know, another belt, hopefully.”

If Spence’s punch resistance has been compromised by the horrible car crash he experienced, then it won’t matter how motivated he is to prove doubters wrong.

When you’ve been in a car accident like the one Spence was in, motivation has nothing to do with it in coming back. He’s either going to be able to take a headshot still or he won’t, and if he can’t, oh boy. His career will implode the way Roy Jones Jr’s did after his KO loss to Antonio Tarver.

If Spence can no longer take a shot, then Garcia will massacre him on November 21st. It could be another Amir Khan-type of knockout.

Khan used to have a decent chin, but after his brutal 1st round knockout at the hands of Briedis Prescott in 2008, he was never the same after that.

Is Spence’s chin the same?

Even in many of the fights that Khan won after that, he was getting shaken up. Has the same thing happened to Spence? We’re going to find out soon when Errol gets in there with Danny Garcia.

“You get tested in the gym so that in a fight,” continued James. “It’s a test too, but you’ve seen that you already got the answers to all the questions. 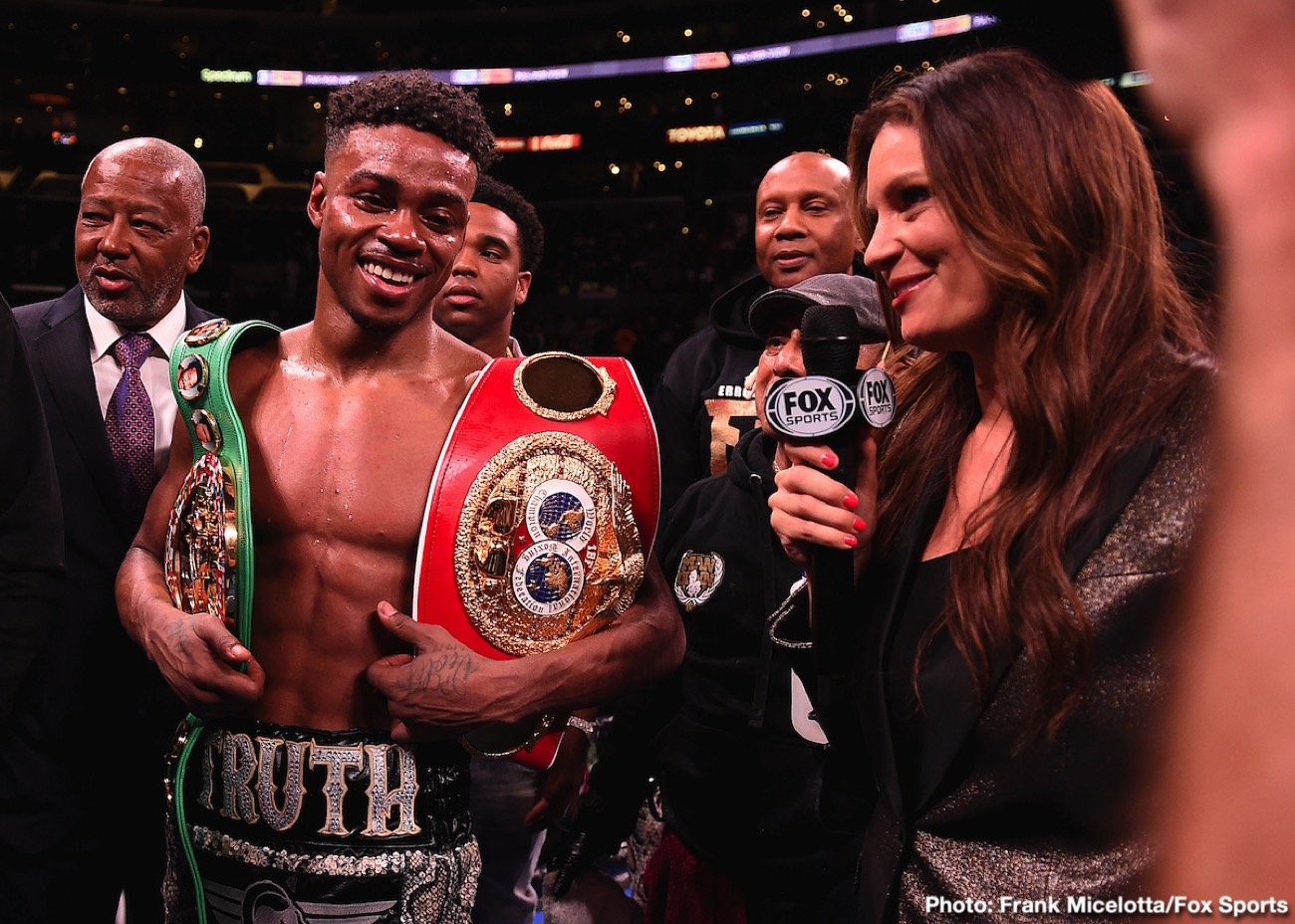 It’s nothing against Danny ‘Swift”, but the boxing public wants to see Spence win this fight, and then move forward to take on WBO welterweight champion Terence Crawford in 2021. The sport needs Spence vs. Crawford to take place, and Danny is in the position to mess that all up.

Crawford needs to do his part as well by defeating former IBF welterweight champion Kell Brook in November. Although their fight still hasn’t been made official, it’s looking suitable for that match-up to be finalized soon.

Assuming Crawford and Spence win their respective contests in November, we could see them together in early 2021.

Manny Pacquiao could throw a wreck in the work if he decides that he wants to fight Spence, but that isn’t very certain. Manny will probably sit out of the ring and wait for the pandemic to end before he fights again.

“Our sparring is real sparring, so it’s like fight simulator,” said James about Spence. “I think Danny’s a good guy, a good fighter. So when you look at it you got to be motivated to fight guys.”


« Charlo vs. Derevyanchenko and Jermell vs Rosario preview & prediction