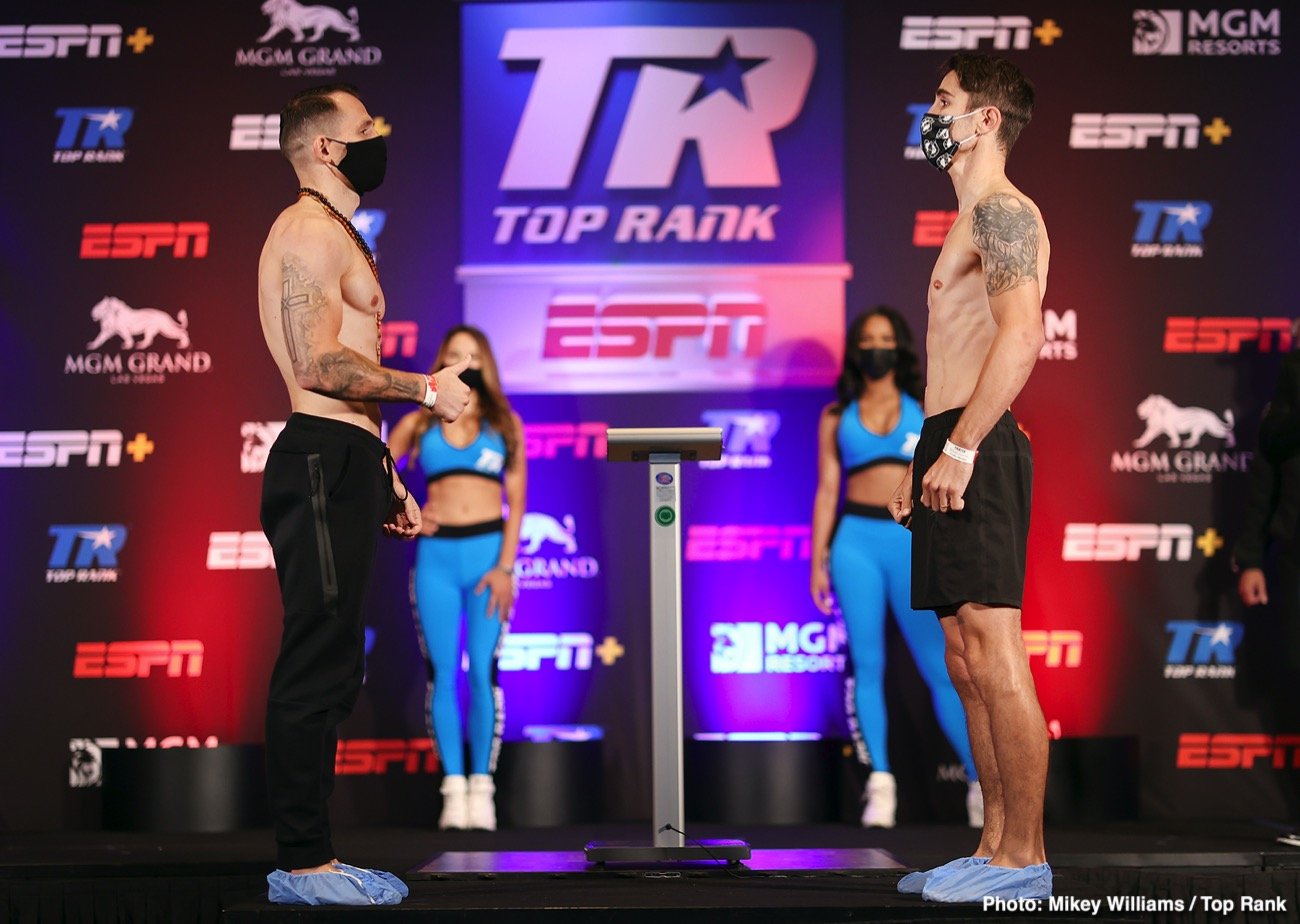 By Jeff Aronow:  Egidijus “Mean Machine” Kavaliauskas weighed in on Friday at 146.5 pounds at the weigh-in for his 10 round headliner fight on Saturday against Mikael Zewski at ‘The Bubble’ at the MGM Grand conference room in Las Vegas, Nevada.

Zewski is ranked #7 with the World Boxing Organization at welterweight, whereas Kavaliauskas (21-1-1, 17 KOs) is ranked at #13. Before Kavaliauskas’s 9th round knockout loss to WBO welterweight champion Terence ‘Bud’ Crawford last December, he was rated #1 with the WBO.

That defeat caused Kavaliauskas, 32, to slide down in the WBO’s ranking. It was a significant drop for the 2008 Olympian from Lithuania, but it’s one that can be reversed quickly with an excellent win.

If Kavaliauskas beats Zewski, 31, on Saturday night, he’ll likely move into his #7 with the WBO, and that’ll help him get a little closer for a rematch with Crawford. 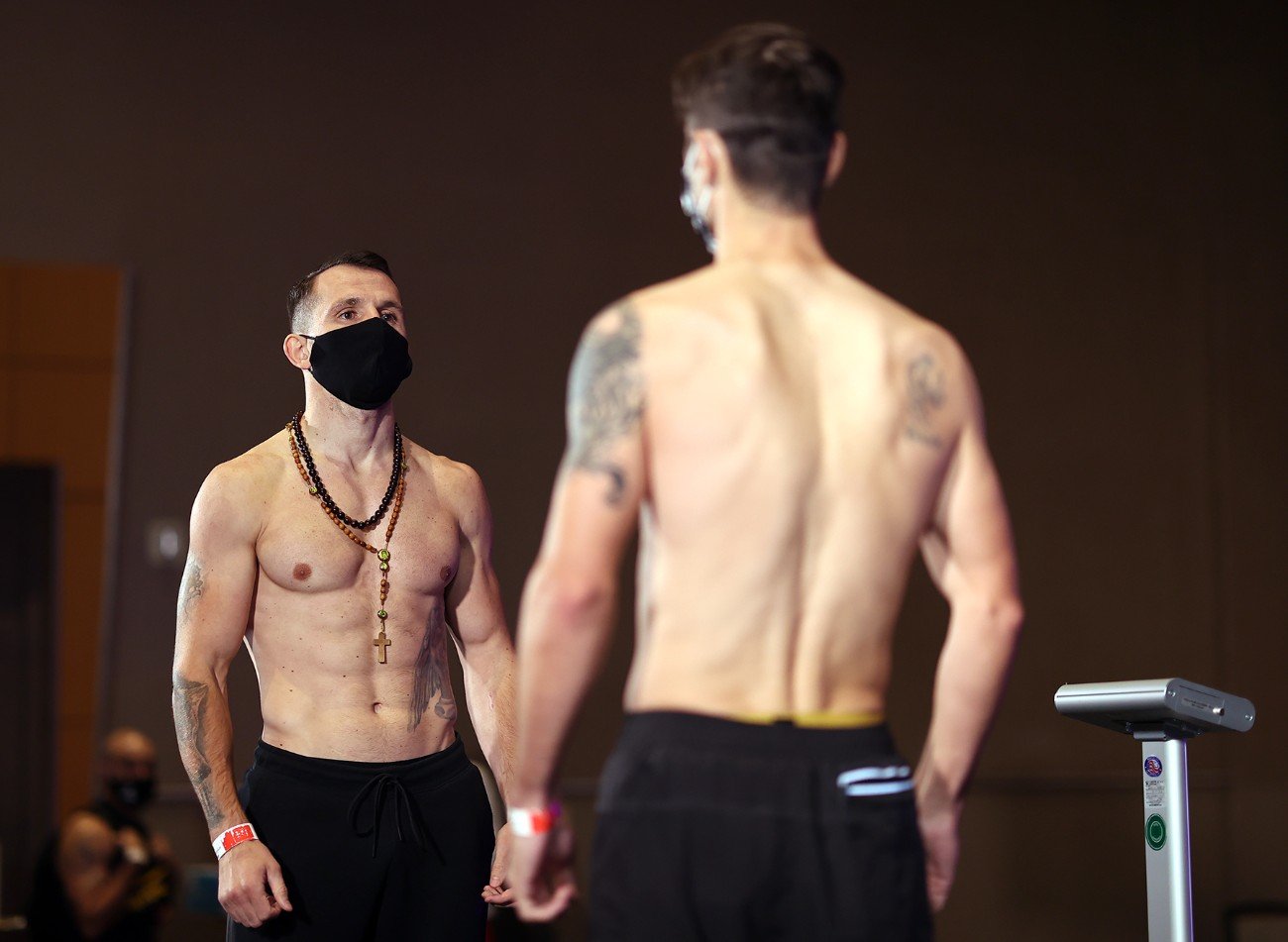 “When I was 13-years-old, I said to myself that I want to go to the United States and become world champion, so I’m one step closer to that dream,” said Kavaliauskas to Top Rank Boxing.

“I’ve been working with Egis for about seven years since his pro debut. I think he’s the hardest puncher I’ve worked with,” said trainer Marcos Contreas.

“Right now, I think I’m the guy that attacks, the guy that goes for the kill,” said Kavaliauskas. “All my fights for me are like the last fight. I’m always going to win. I don’t want to lose.

“When I was 13, I used to spar with my dad. He was kicking my a** all the time. Twenty-four years,” Kavaliauskas, when asked how long he’s been fighting. You need to knock every guy out.”

Kavaliauskas gained a measure of fame for knocking down Crawford in the 5th round last December. 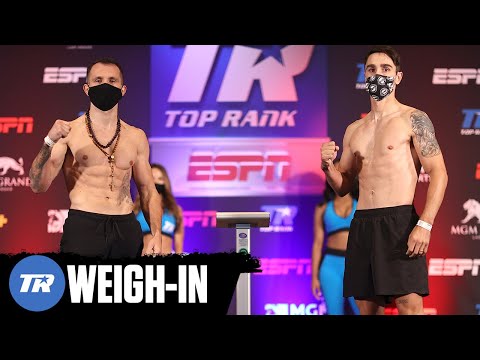 Even though Kavaliauskas lost the fight by knockout and wasn’t given official credit for the knockdown in round five, boxing fans were still impressed with his power and performance.

Kavaliauskas is the first one to put Crawford on the deck in the pro game. He caught Crawford with the perfect shot that sent him down briefly on the canvas.

Crawford came back strong after that to drop Kavaliauskas in round seven and twice more in the 9th to get the KO.

Kavaliauskas is considered the favorite over Zewski, who doesn’t have the same experience. Zewski fought only one notable opponent in Konstantin Ponomarev in 2015, and he lost to him by a 10 round decision. 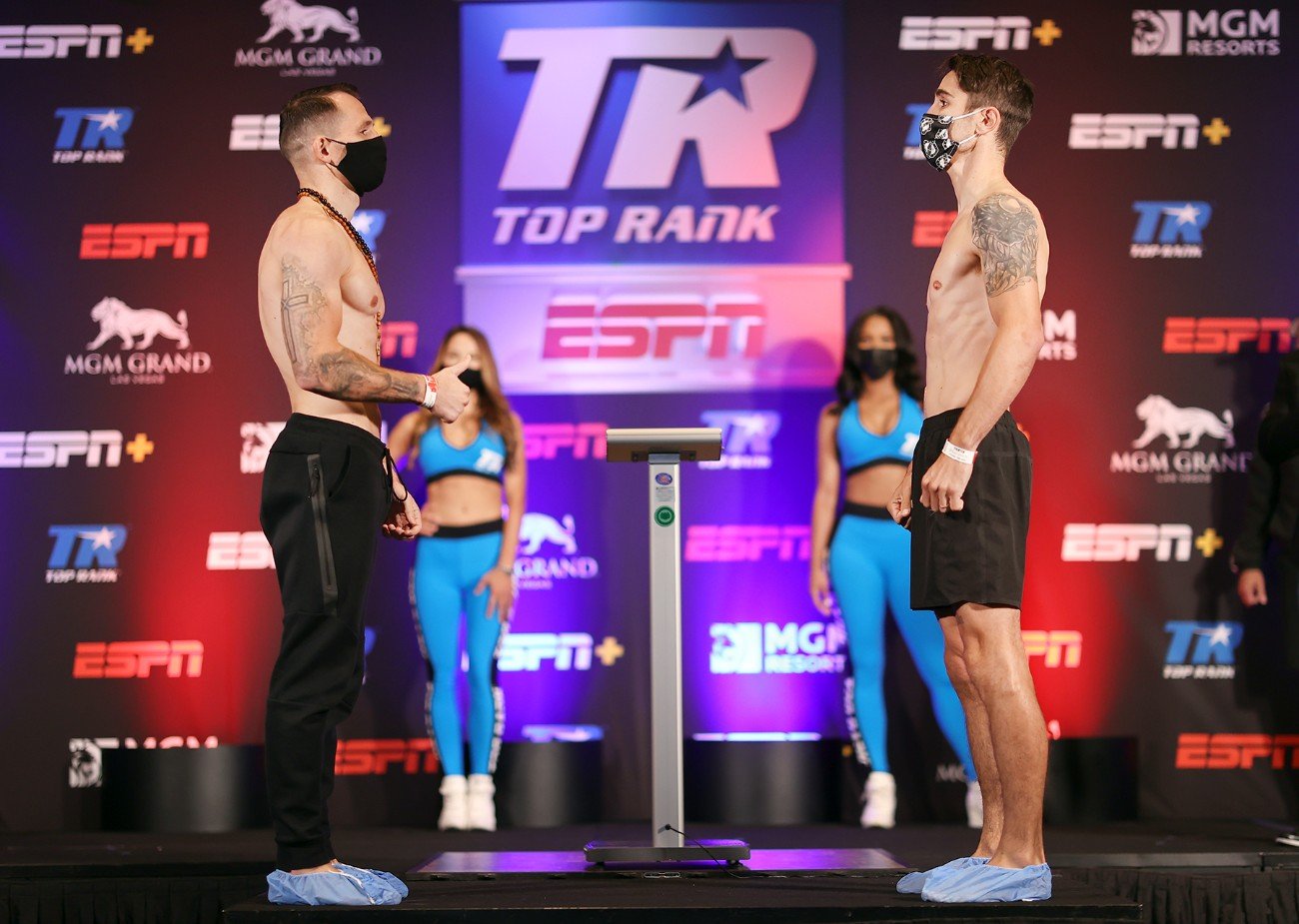 Since that loss, Zewski has won his last eight fights, albeit against marginal opposition.

Marriaga, 33, has put together four wins in a row since losing a pair of contests against Oscar Valdez and Vasiliy Lomachenko in 2017. The Colombian Marriaga ran into two very good fighters in Valdez and Lomachenko, and he didn’t have the boxing skills to compete.

“I see him as any other fighter,” said Marriaga to Fighthype about his opponent Joet Gonzalez. “I believe he’s a young prospect, but there are no enemies in the ring. I’m just here to get ready for a big fight.

“I believe the fight will go Lomachenko’s way,” said Marriaga in predicting for Vasily Lomachenko to defeat Teofimo Lopez.

“These things happen—the cancellation of my fight, and when you combine that with the pandemic. My motivation has always been there. I’m trying to take advantage of this fight and come up with a big win to get another world title opportunity,” Marriaga said. 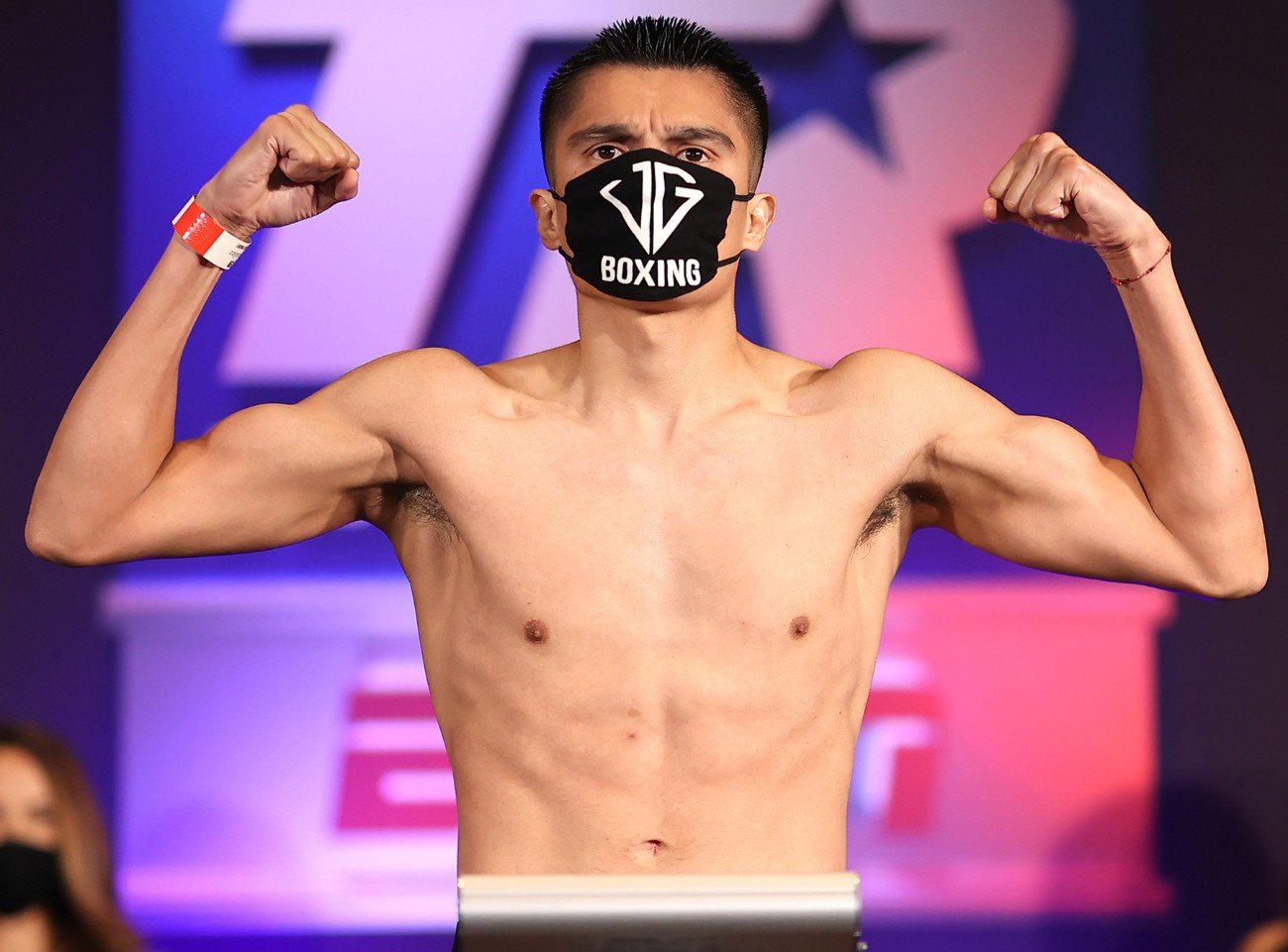 “I know a lot of fighters would like to be in the position to fight,” Marriaga said. “Inside the bubble, I’m very thankful to Top Rank, my manager, and other promoter because of this opportunity. That’s why I keep working hard, and hopefully, I’ll get another world title opportunity.”

Joet Gonzalez lost his last fight to Shakur Stevenson by a 12 round unanimous decision in October of last year in Reno, Nevada. Stevenson and Gonzalez were battling for the vacant WBO featherweight title. While Joet gave Stevenson a hard fight, he wasn’t in his league.

It looked like Shakur took it easy on Gonzalez the entire fight, considering that he didn’t have the talent to measure up. Shakur fought like he was in 1st gear the whole time, and it’s possible if he’d pressed the issue, he would have scored a knockout. In hindsight, it might have been better for Gonzalez if he did knock him out.

By keeping Joet around the full 12 rounds, Shakur inflicted more punishment on him than if he’d knocked him out early.

Gonzalez is a good fighter, but he lacks power. That could be a problem for him on Saturday night when he gets in there with Marriaga, a fighter that is known for knocking out a lot of guys.

Joet could out-box Marriaga, but he’s not going to be able to KO him or make him quit as Lomachenko did. If Marriaga can hang around for 12 rounds, he’s going to do a lot of damage against Gonzalez. 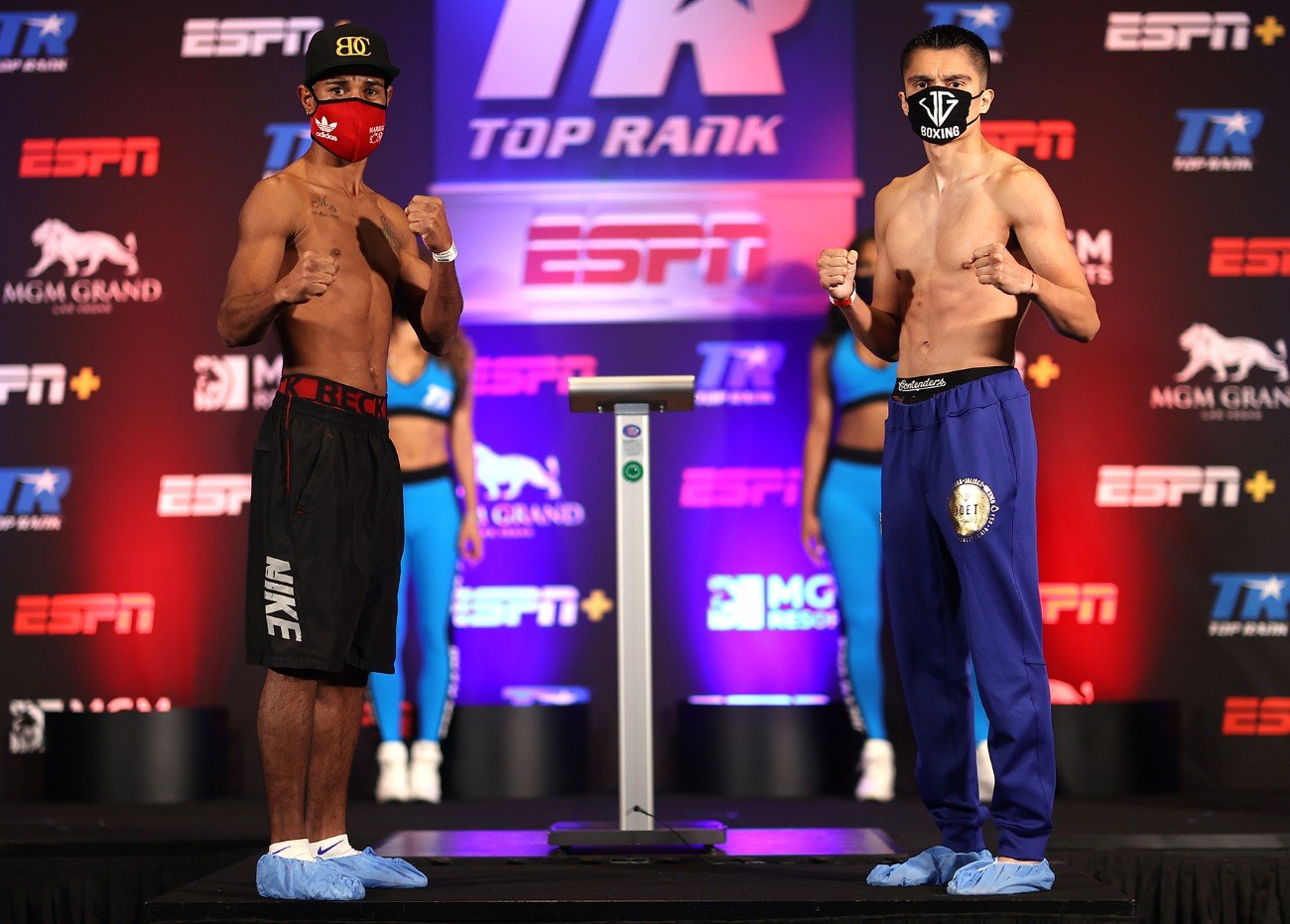 Other weights on the Kavaliauskas vs. Zewski card: